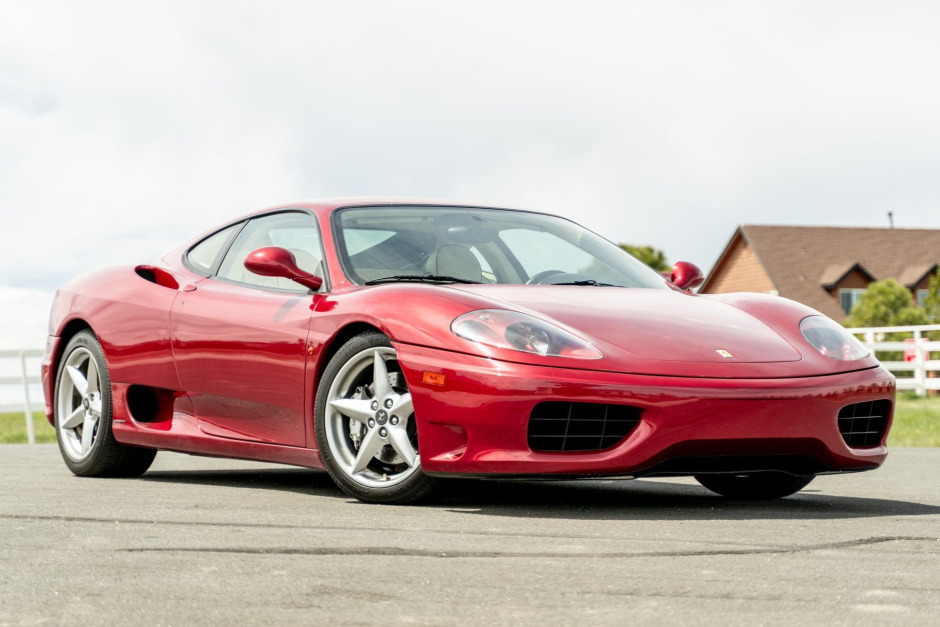 Here’s my June 2021 update on Ferrari 360 prices. You can read my original post to see how and where I am collecting my data. This is my third monthly post, previous posts are:

I also added a new column, to track who is selling the vehicle: Personal, Dealer, or Auction, and will track the totals of those over time.

In June 2021, I found 37 new Ferrari 360s listed for sale, with an average price of $78,035. That is 12 more vehicles than listed last month, a huge increase, and prices have increased about 1%. However, I noticed that many vehicles are having price drops, and the highly priced ones are sitting for sale for a long time. I’m not including Salvage titled vehicles in my data, but I am noting the data in a separate sheet. I’ve noticed a few more reasonable priced salvage 360s this month.

I bid on a Grigio Alloy 360 Modena at an auction, another bidder and I brought the price up to $37,000, where it sat until the last minute when someone bid $63,000. Seemed very weird for someone to bid in the last minute and for $25K more than the previous bid, but when I read some reviews of the auction company, they have a reputation for shadow bidders for preventing cars from selling too low, instead of a reserve. Oh well.

The cheapest color has switched to white, only because I only have 1 data point for it. I did call about a white on red 360, but they were asking $135,000 for a F1 transmission one lol. Navy has gone down a bit, due to a few lower priced blue models coming up for sale. I also found a few new maroon 360s, which dropped their average asking price. Anecdotaly, if a dealer puts “Call for Price”, it means the price is riduculously high. I’ve called about 2 other 360s recently listed at $155K and $255K, when I’d expect them to sell for the low $100s. That’s the “I’ll sell it if I can get that much” price. 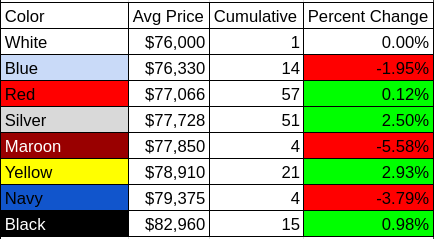 This month, the Spider still costs about $2,500 more than a Modena. The tracked prices of Modenas have gone up .8%, and the Spiders up 1.11% (last month they dropped almost a percent, so this evens out).

A manual transmission demands about a $4,000 premium over a F1 transmission. Any manuals that I see under $90k tend to sell extremely quickly. One manual transmission example in California sold for $65K the same day it was listed, and it just popped up for sale again for $90K. I noticed another example, a manual 360 Spider, sell for $85k and quickly get relisted for $110k. But there are deals to be had if you’re quick, but they don’t come up often.

And this is the current Price vs Miles chart. There are not many high mileage lower priced ones being listed, but with the number of 360s being listed for sale trending up, I think the right side of the chart will start filling out. 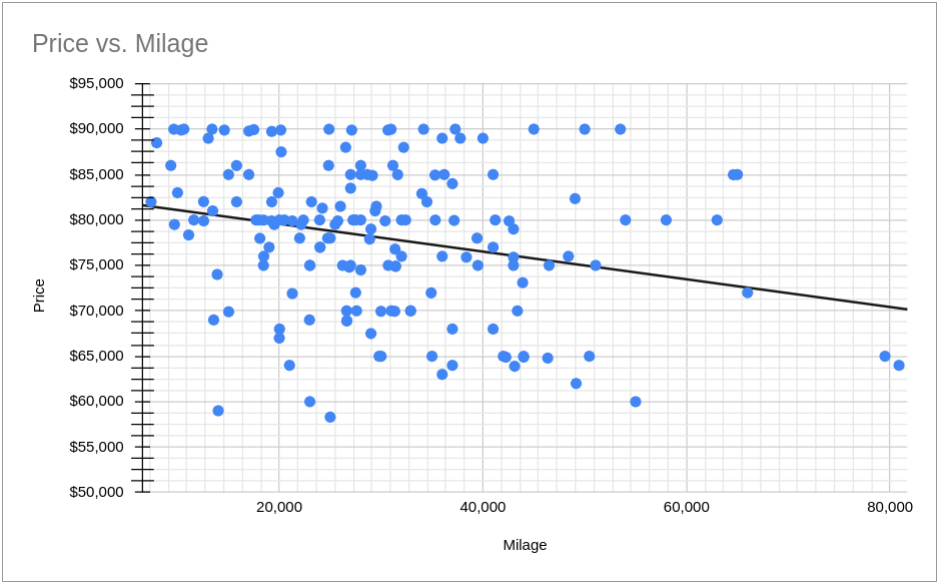 I’ll have another update at the end of July. Feel free to check out the Ferrari 360 spreadsheet for the raw data, more charts, and links to all cars tracked. If you have any additions, corrections or advice on how to improve my pivot tables, leave a comment.

The 360 Modena in the top picture - that would have been my pick of this month. It’s a maroon on tan 360 Modena in Colorado with 36,000 miles. It sold on Bring a Trailer - a site usually known for extremely expensive vehicles - for a very reasonable $63,000.