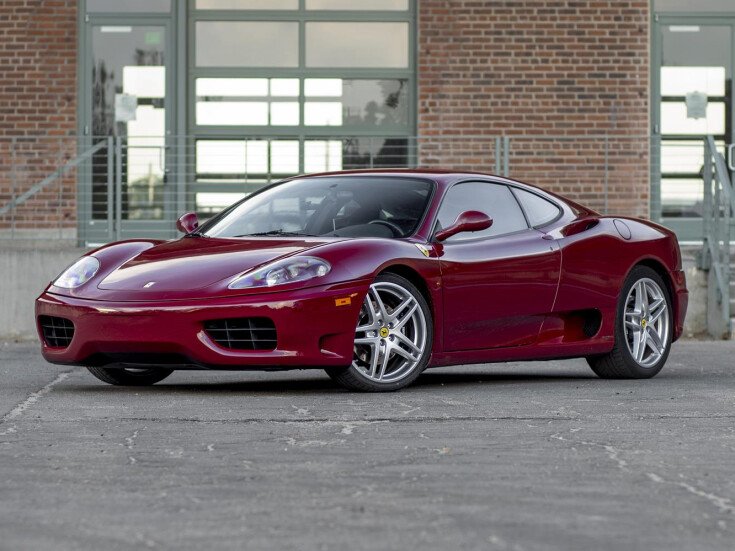 Here’s my August 2021 update on Ferrari 360 prices. You can read my original post to see how and where I am collecting my data. This month is going to be noticably different though - I removed the price limit. Previously, I was only tracking cars for sale for under $90k. Now, I am tracking all asking prices. There are some that are asking as high as $250k - so data will shift. This is my 5th monthly post, previous posts are:

In August 2021, I found 47 new Ferrari 360s listed for sale, with an average price of $87,040. That is a large increase in the number of vehicles - but remember, I am tracking all asking prices now, so vehicles I would have ignored before are now going to populate my datasheet. The average price also went up, but likely due to adding many 360s for sale for over $90K. I expect this data the normal out over the next few months.

Maroon is now the cheapest color! A great maroon example in Colorado just sold for a reasonable price of $68K, which brought the average price of maroon down. Every other color went up due to the price ceiling being removed. Also, a stock white 360 popped up, with a red interior! It’s sweet, but the asking price is really high for a F1 transmission at $120k. 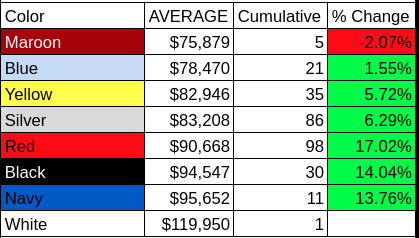 With new data, a Spider seems to sell for about $6k more than a Modena. I like both the Modena and the Spider, but I don’t know which I like more still.

And here’s the big kicker - almost everything over $90k has a manual transmission. These new manual examples show a $30k premium over a F1, which is about what I’d expect. It also costs $30k for a manual conversion, so if you really want a manual but can’t afford it now, converting your F1 360 to a manual transmission down the road is not a bad option.

And this is the current Price vs Miles chart. A few more high miled examples sold this month. 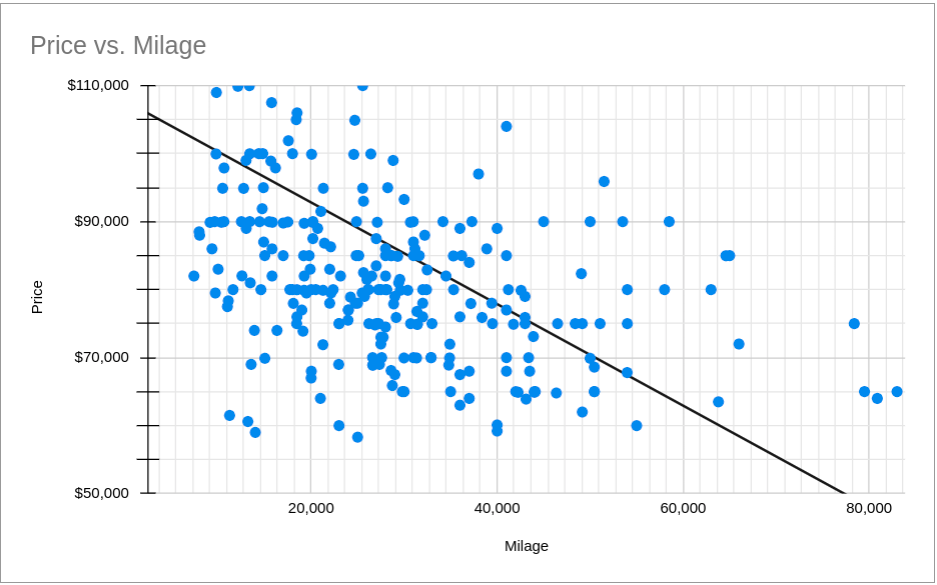 I’ll have another update at the end of September. Feel free to check out the Ferrari 360 spreadsheet for the raw data, more charts, and links to all cars tracked. If you have any additions, corrections or advice on how to improve my pivot tables, leave a comment.

The 360 Modena in the top picture - that would have been my pick of this month. It’s the maroon over black 360 Modena that sold in Colorado for $68k. It had some great mods, like a Challenge Stradale ECU upgrade and the CS grill, and it just looked great.