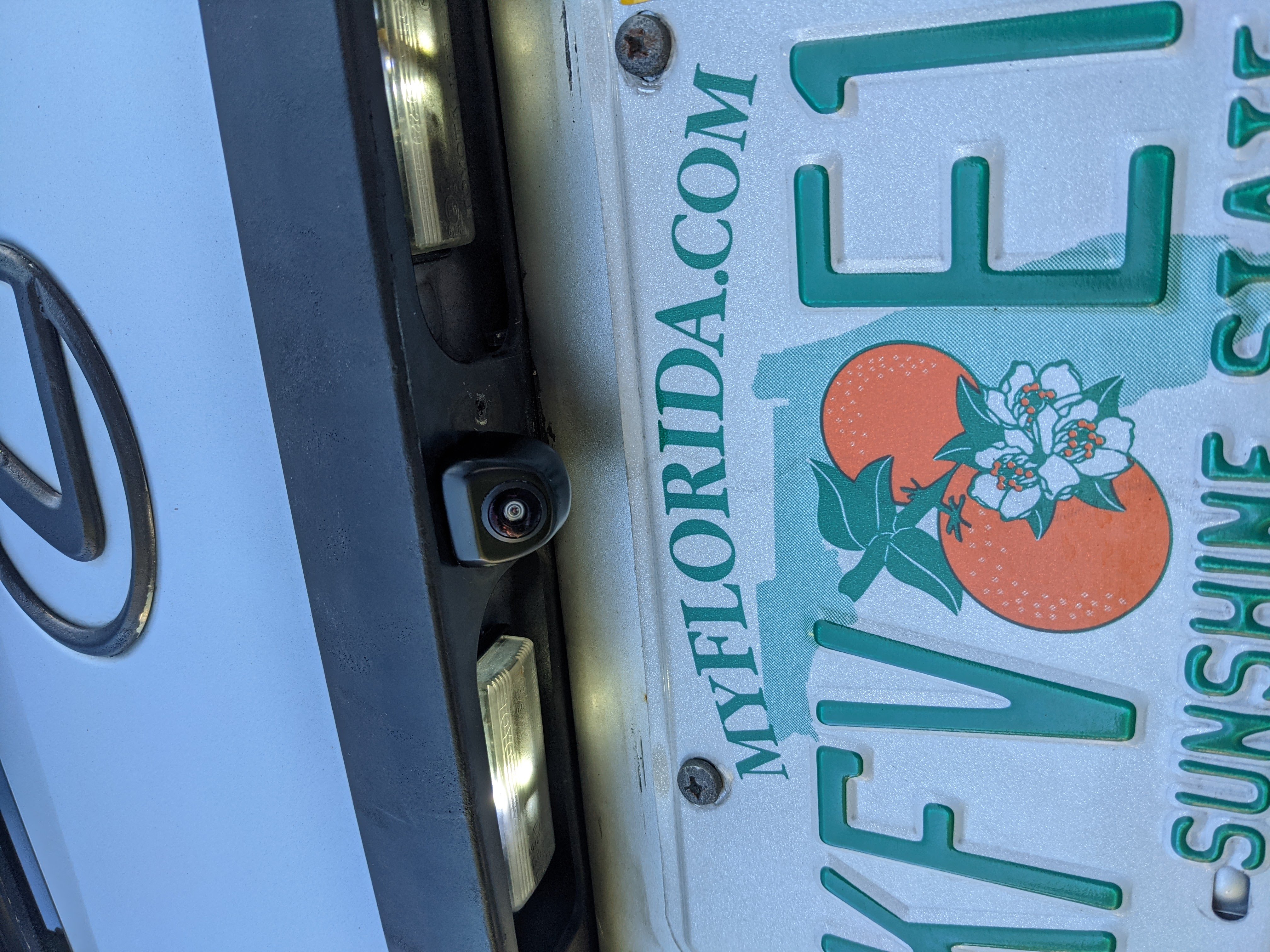 This is a followup to my earlier post on installing an Android heaunit, from 2019. The backup camera I installed lasted about 2 years before the video started flickering, then stopped working. All the metal hinges on the camera had rusted off, and I don’t really commend buying that camera anymore. I replaced it with a newer, nicer camera. 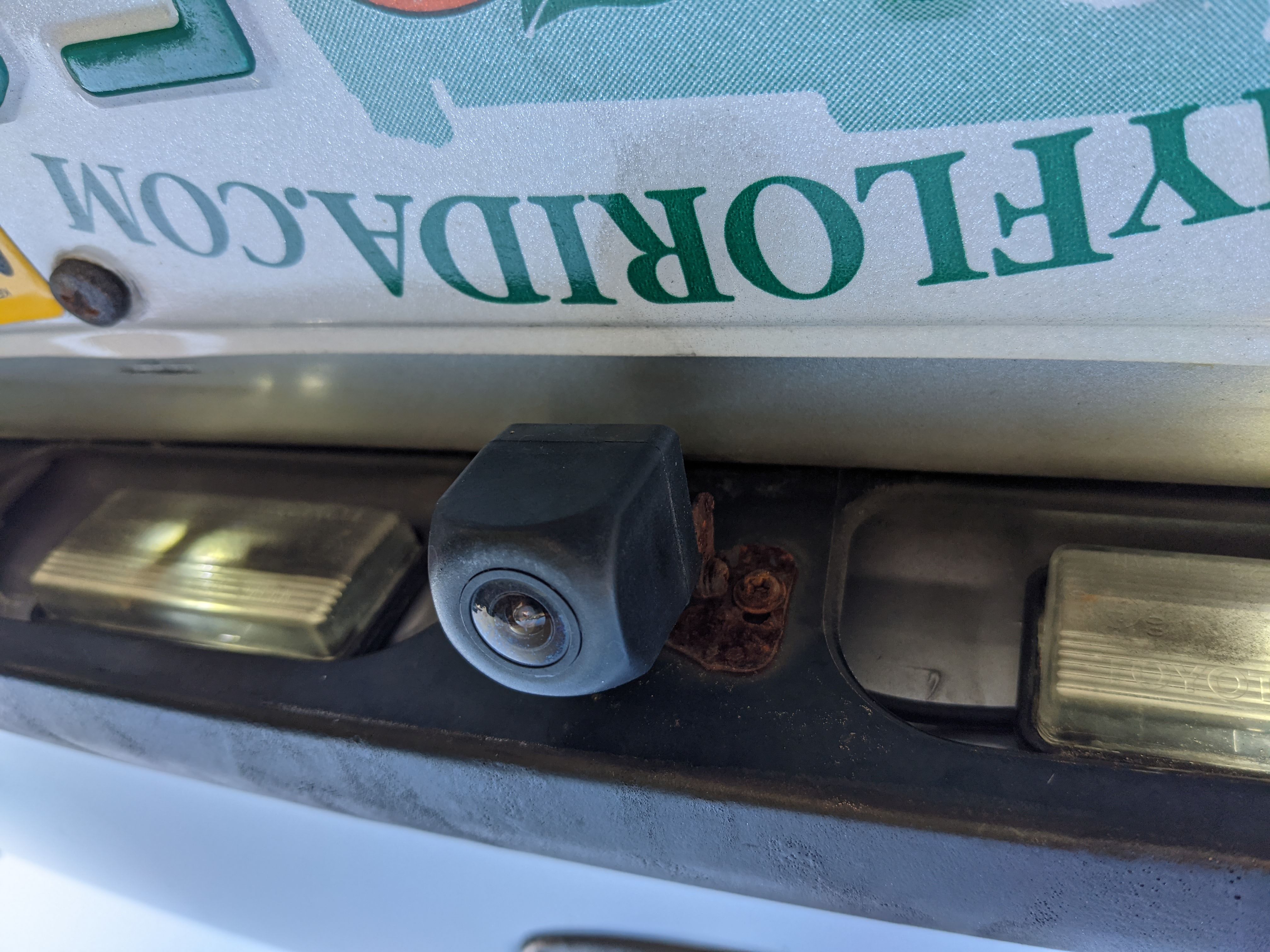 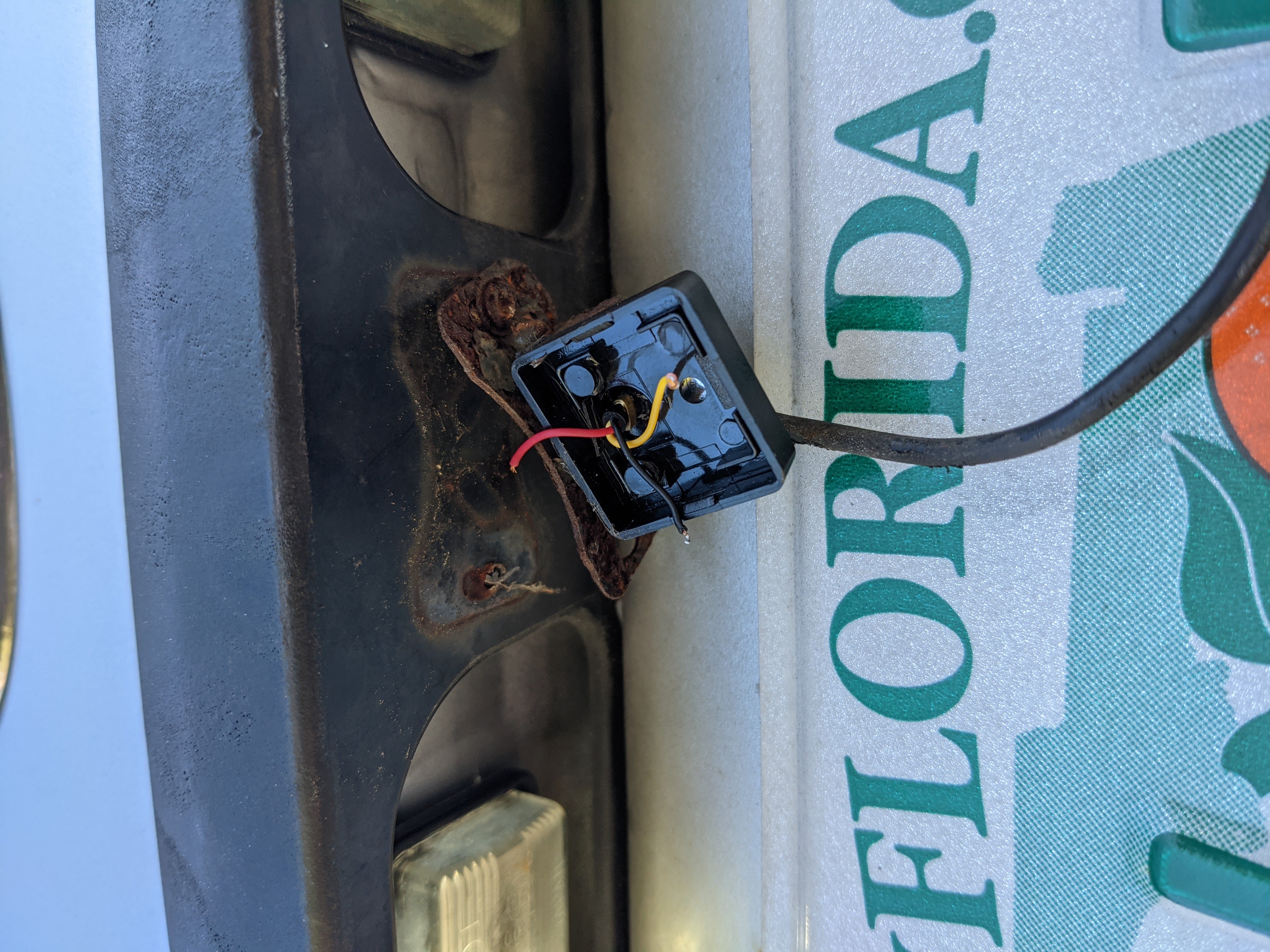 I bought this Natika backup camera, which is all plastic on the outside, and mounts flush, so it will be more protected from the elements and less likely to rust. I already had wiring run from the headunit to the rear door from my previous install, so I just needed to splice in the new video wire, and then power and ground for this new backup camera. 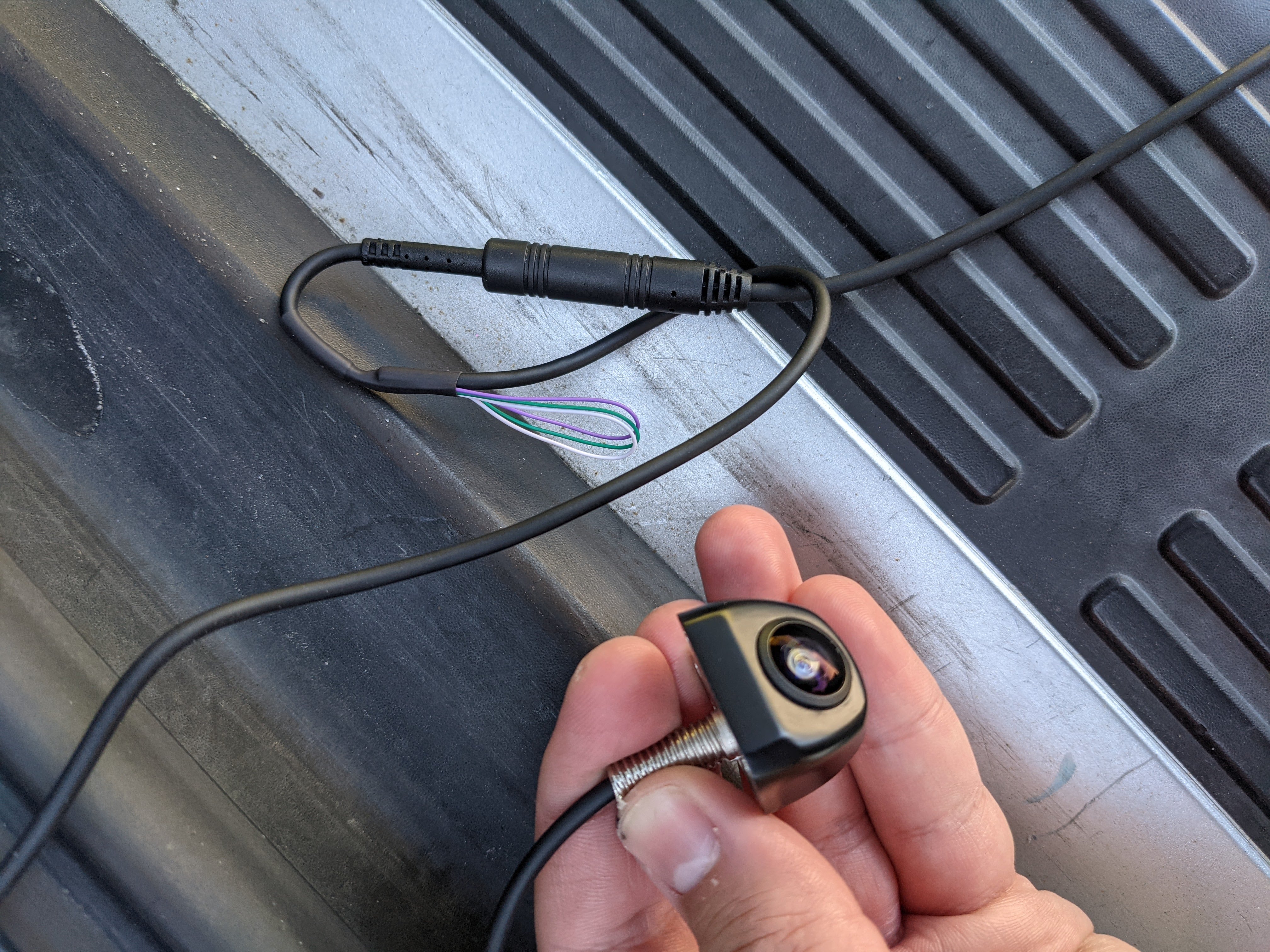 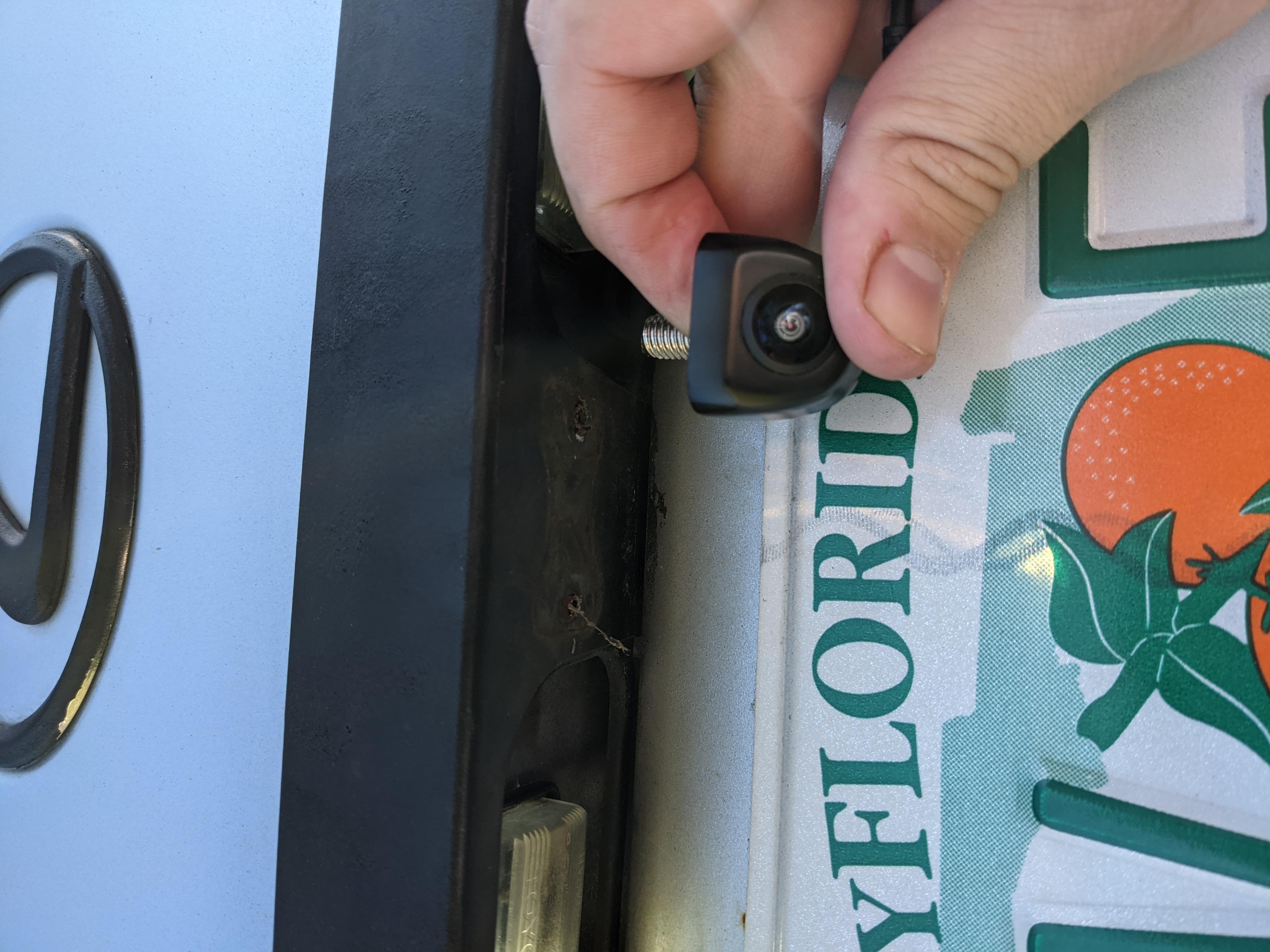 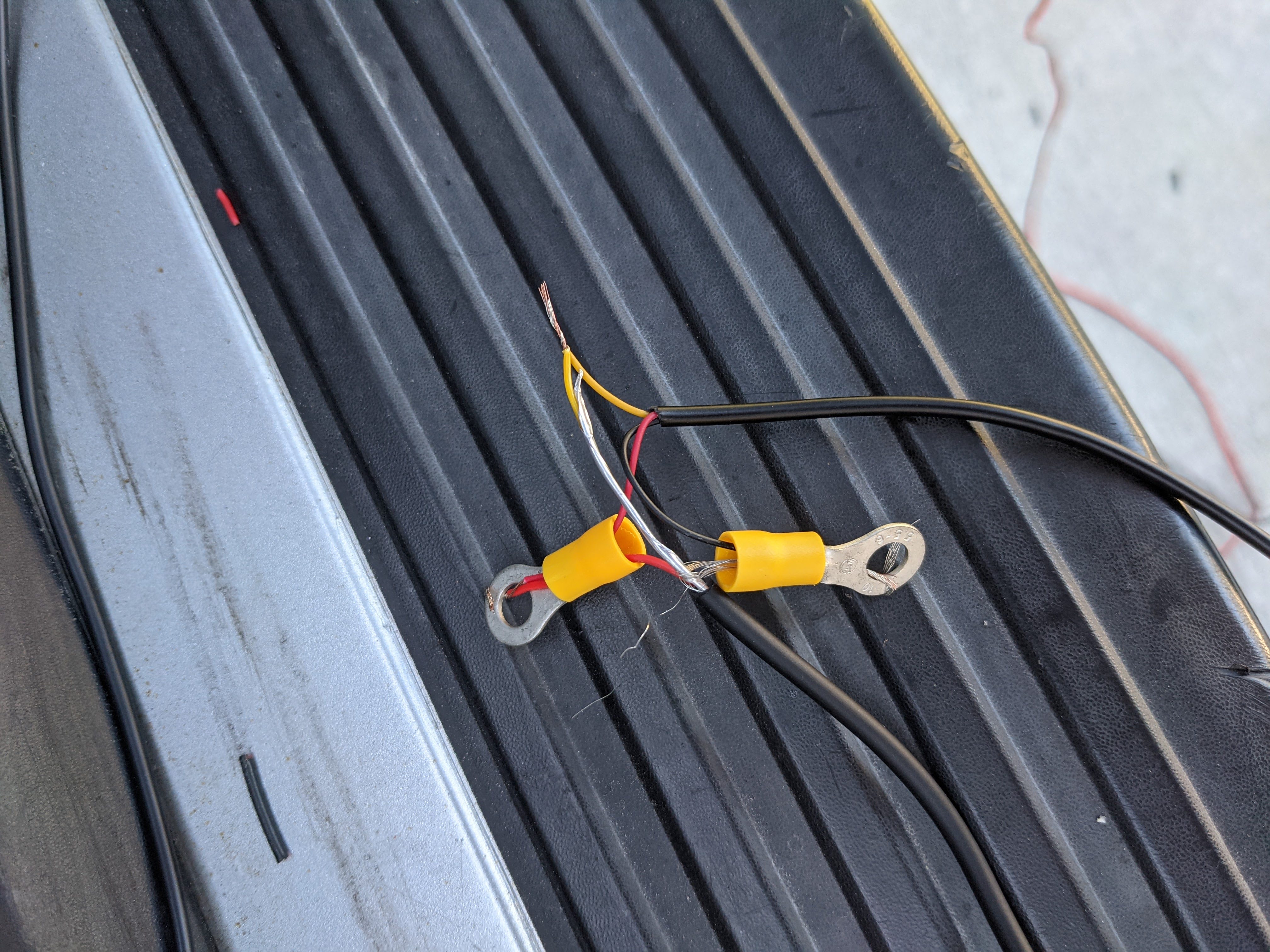 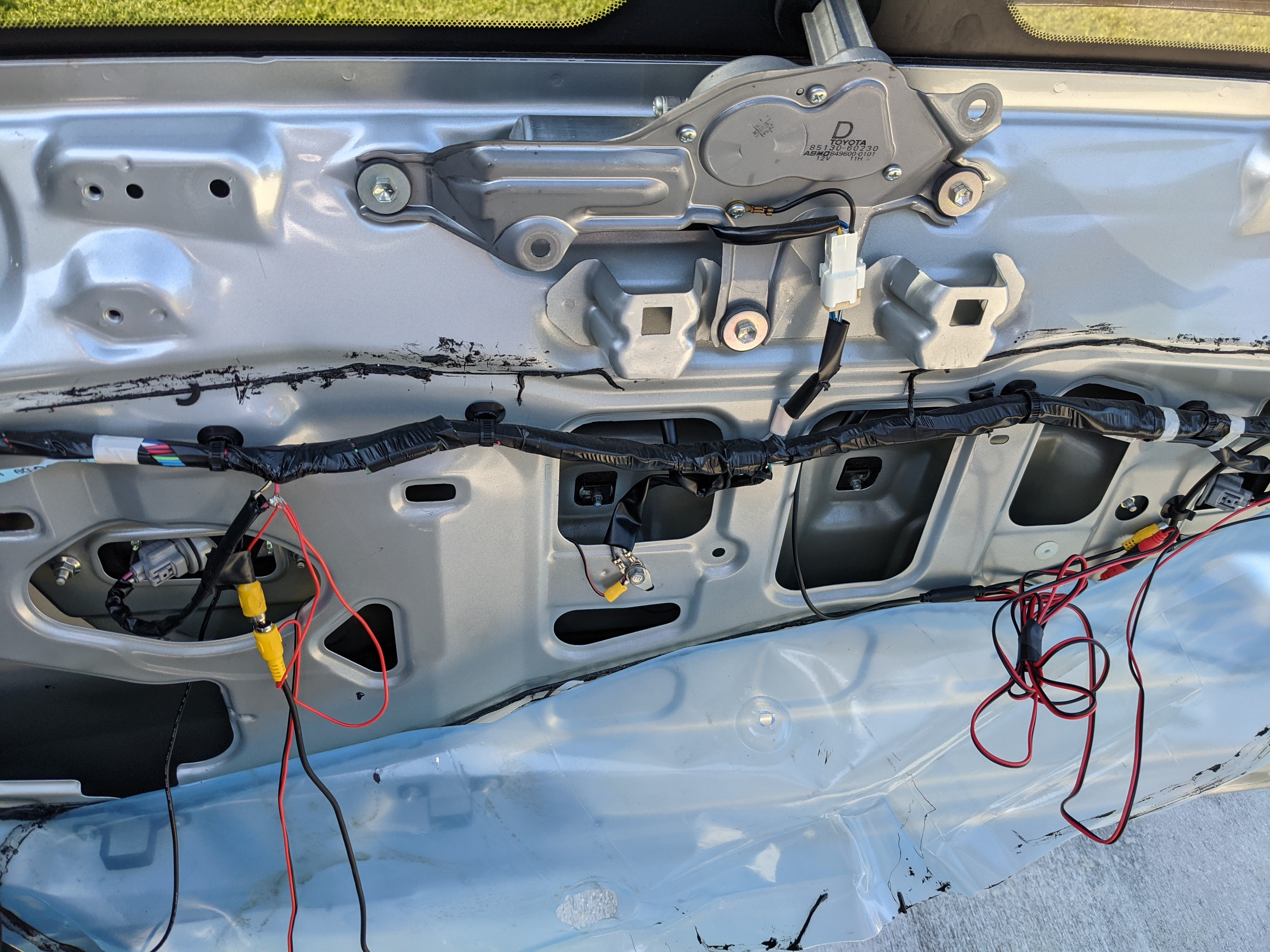 The only issue with the new camera’s cabling is that the yellow video cable coming from the headunit is a male connector, and the new backup camera also has a male connector. I could have bought a yellow RCA coupler, but I’m too impatient for that. I stripped the yellow wire and found a power, a ground, and a video wire. Simply spliced like to like from the new camera wiring to the existing wiring leading to the headunit, soldered them all, electrical taped like crazy, good to go. Make sure to solder them - I tried not soldering them and the reverse light connector broke loose after 1 day. 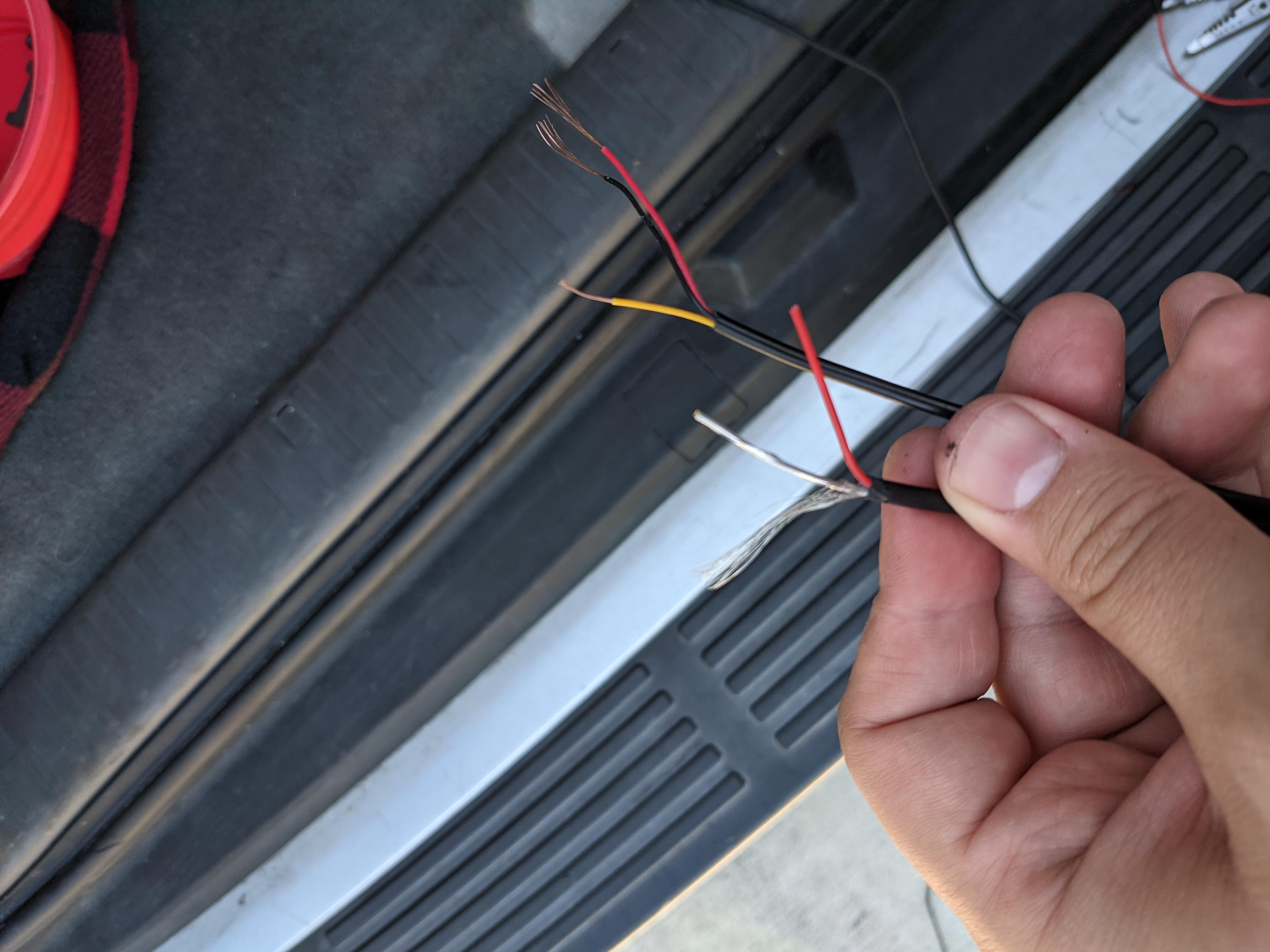 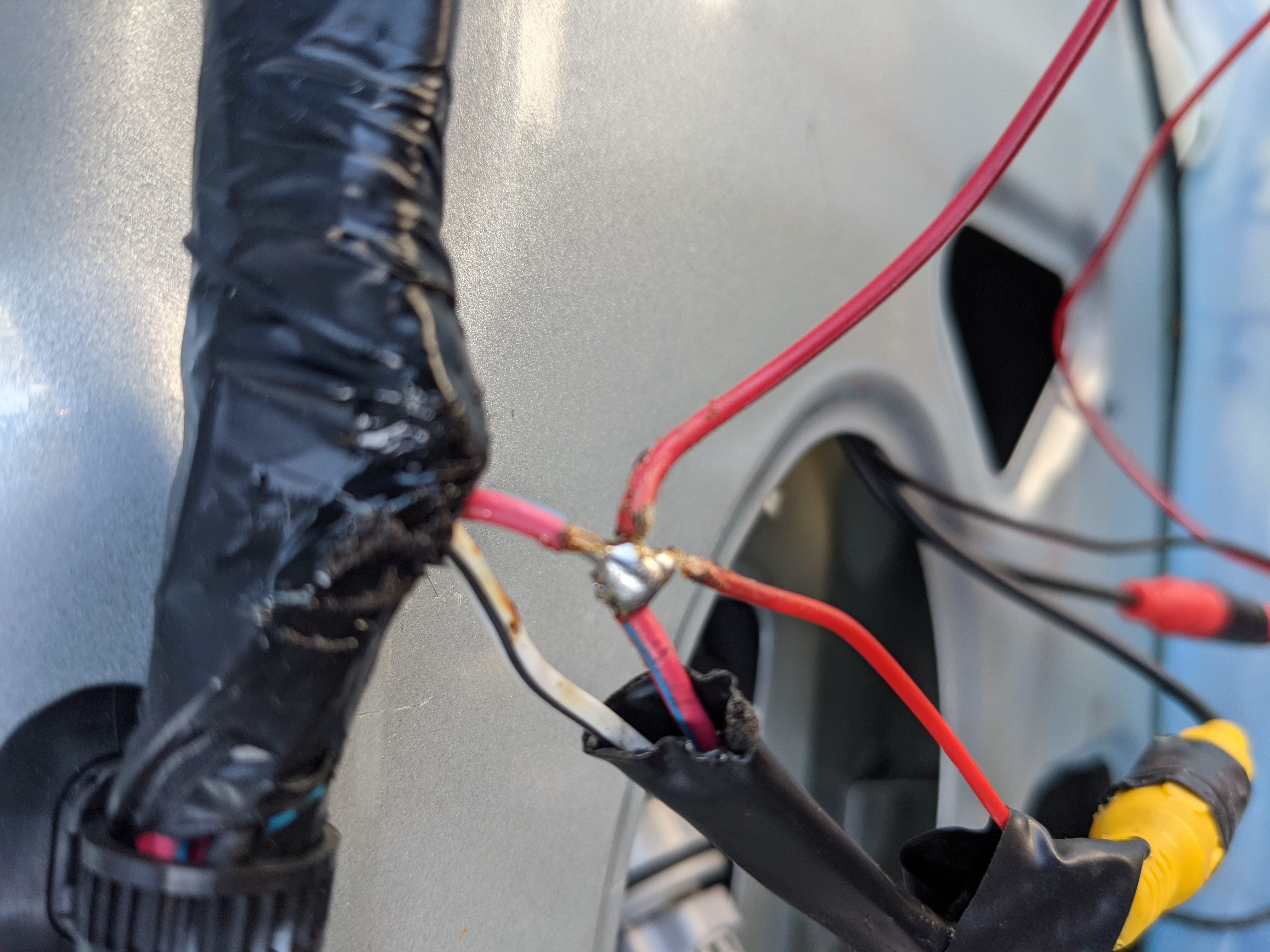 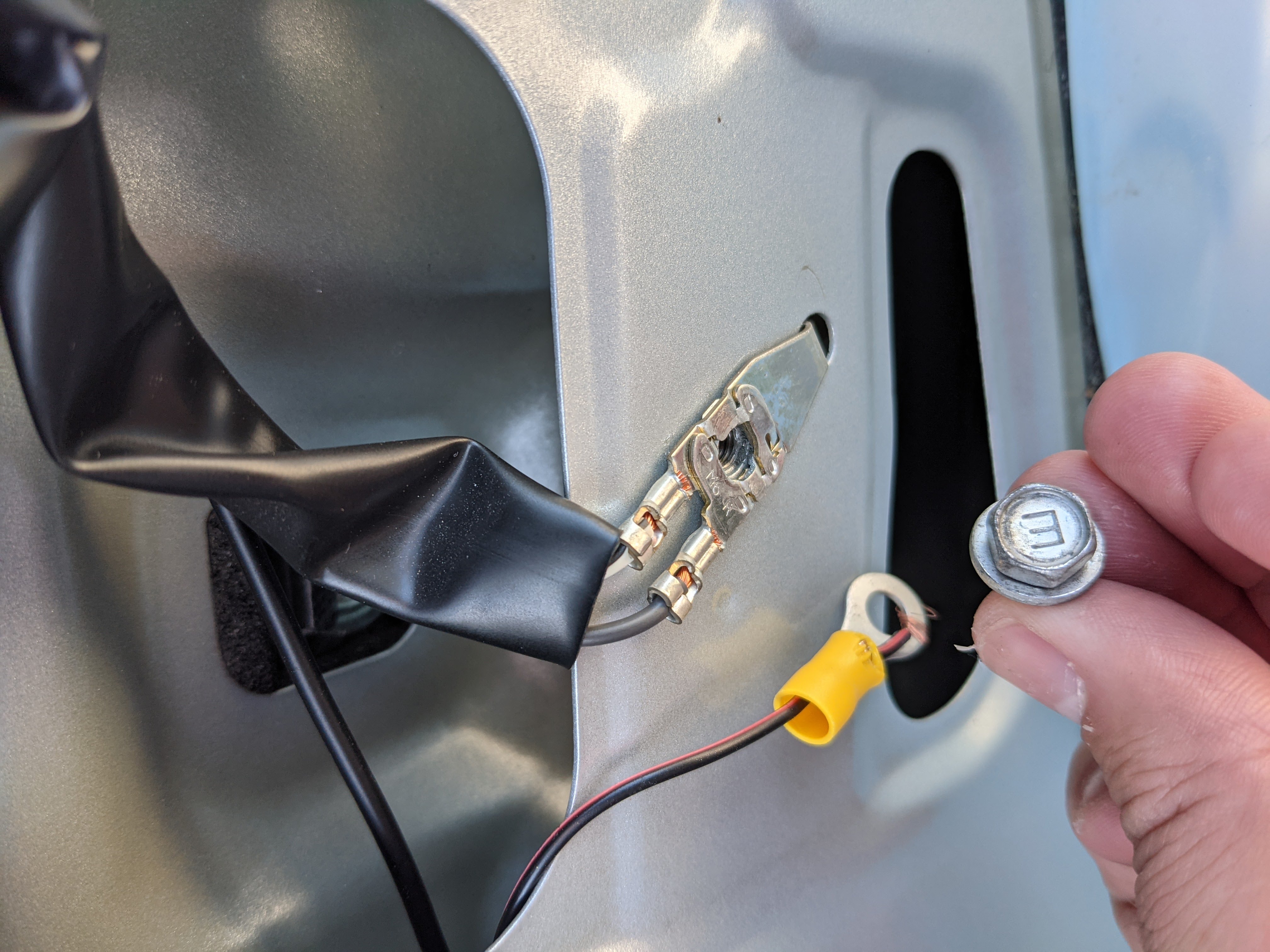 Tested it, works. If it doesn’t work for you, check your connections, and make sure everything is like to like. Now it should be mounted. I drilled a 5/16” hole where the previous camera was, and actually drilled a second hole through the next layer of plastic in the door too. This let me just route the video cable straight into the rear door, instead of through the license plate light like I did previously.

The hardest part was actually mounting the camera. I had to feed the video cable in slightly, then slip on the nut behind the plastic. Then pull the cable the rest of the way through inside the door. The worst part was threading the nut onto the camera itself, took about 10 minutes of trying. I also used the included 3M double sided tape one it was threaded for a bit more security. 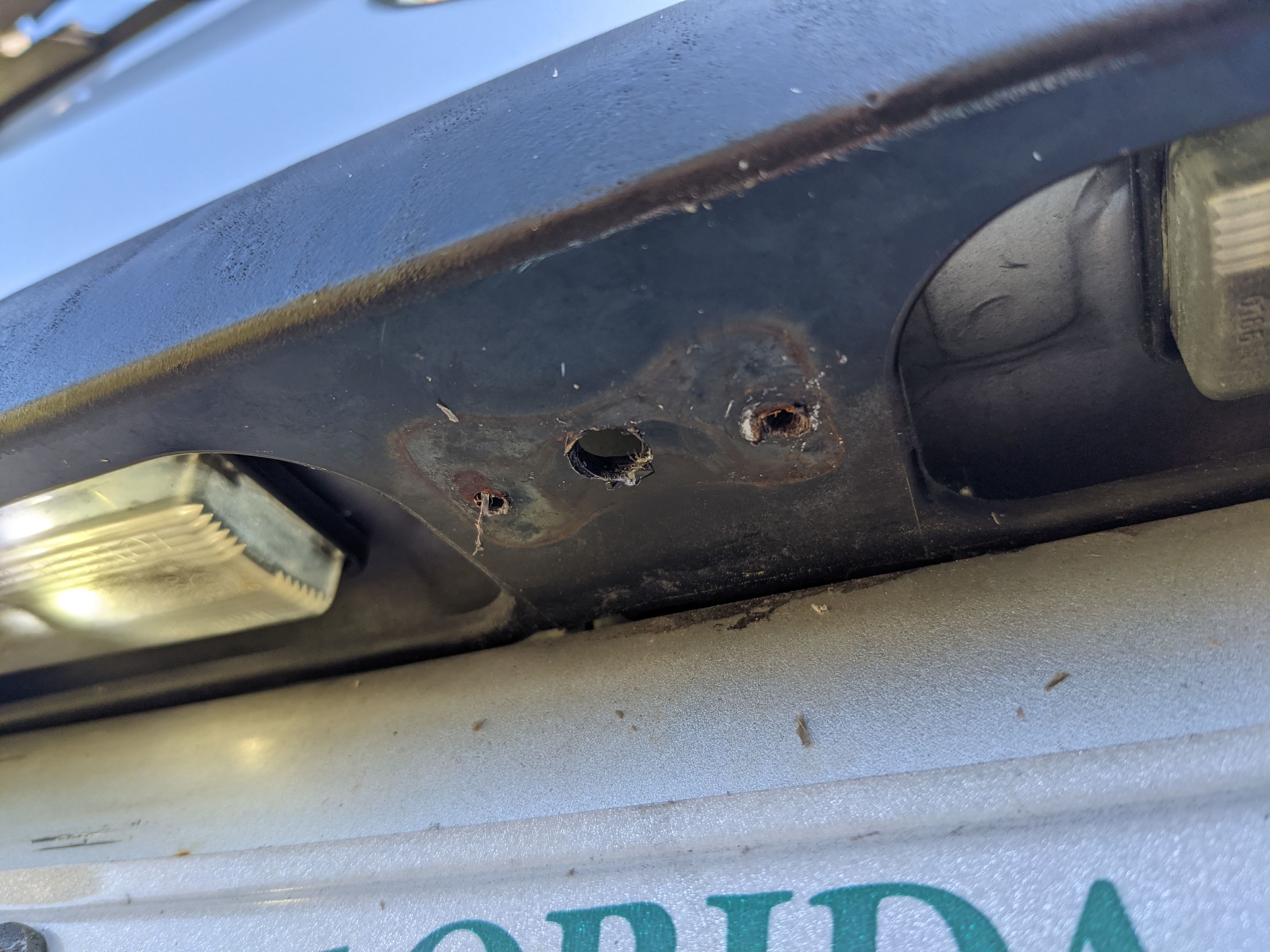 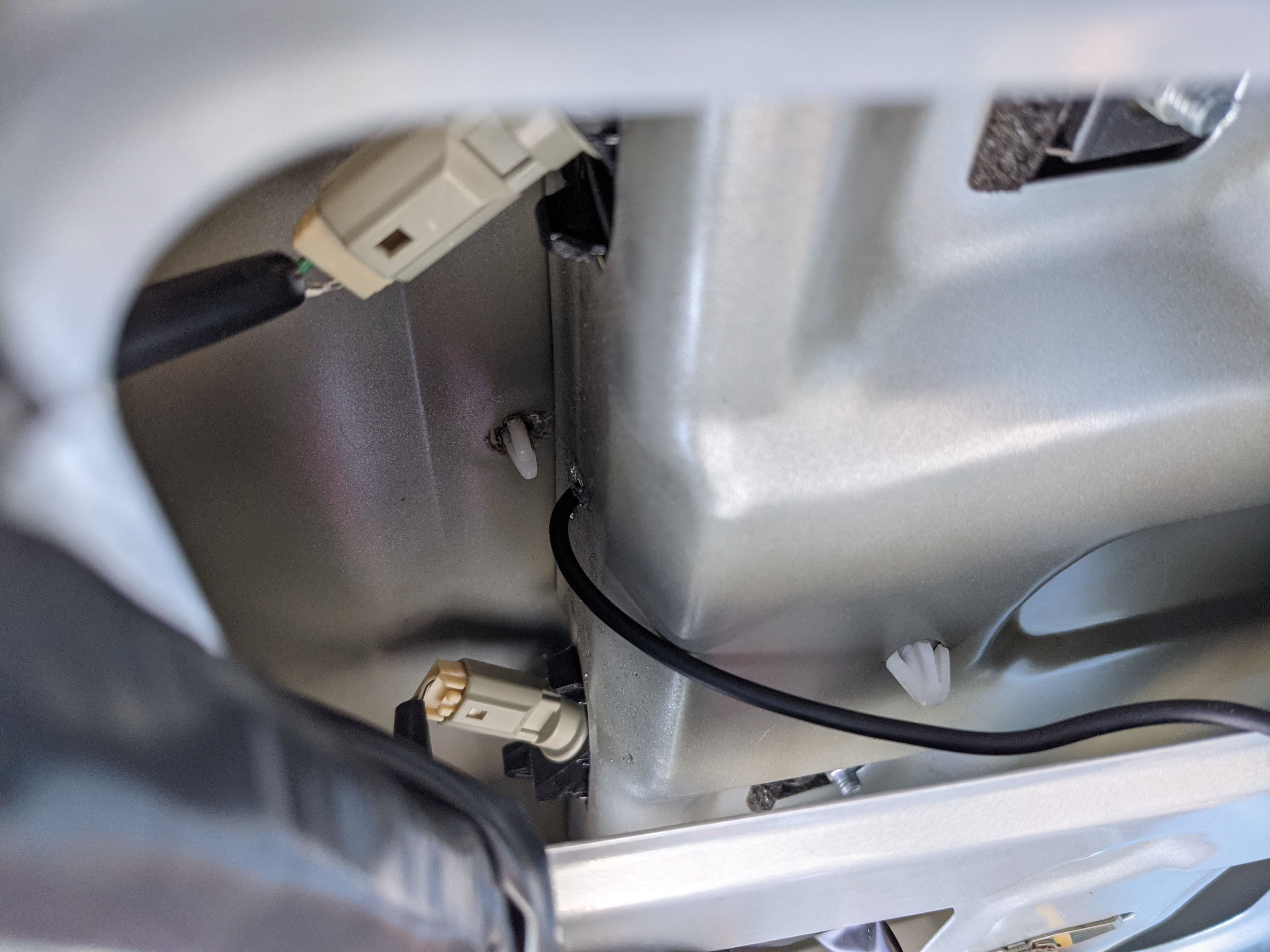 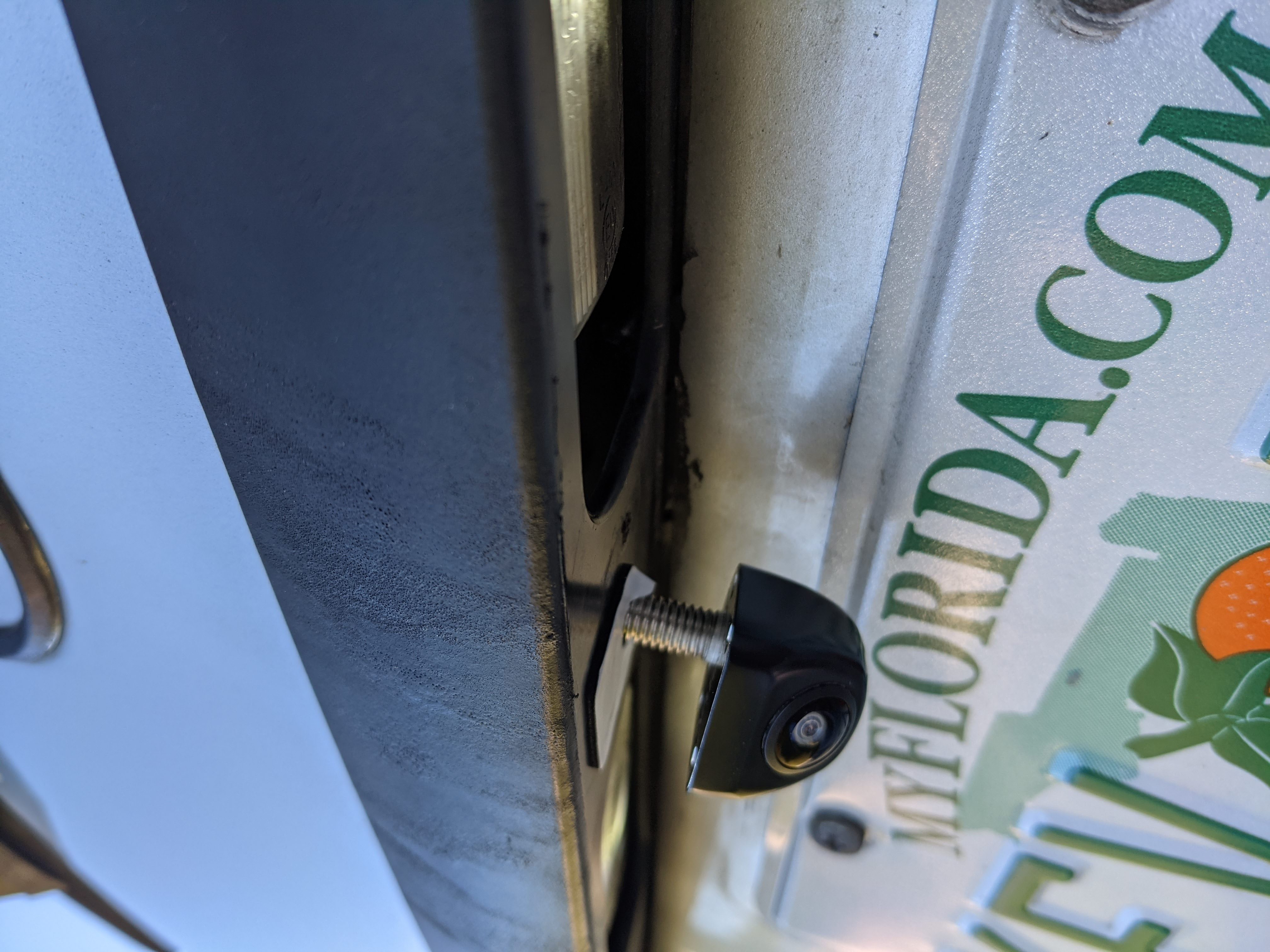 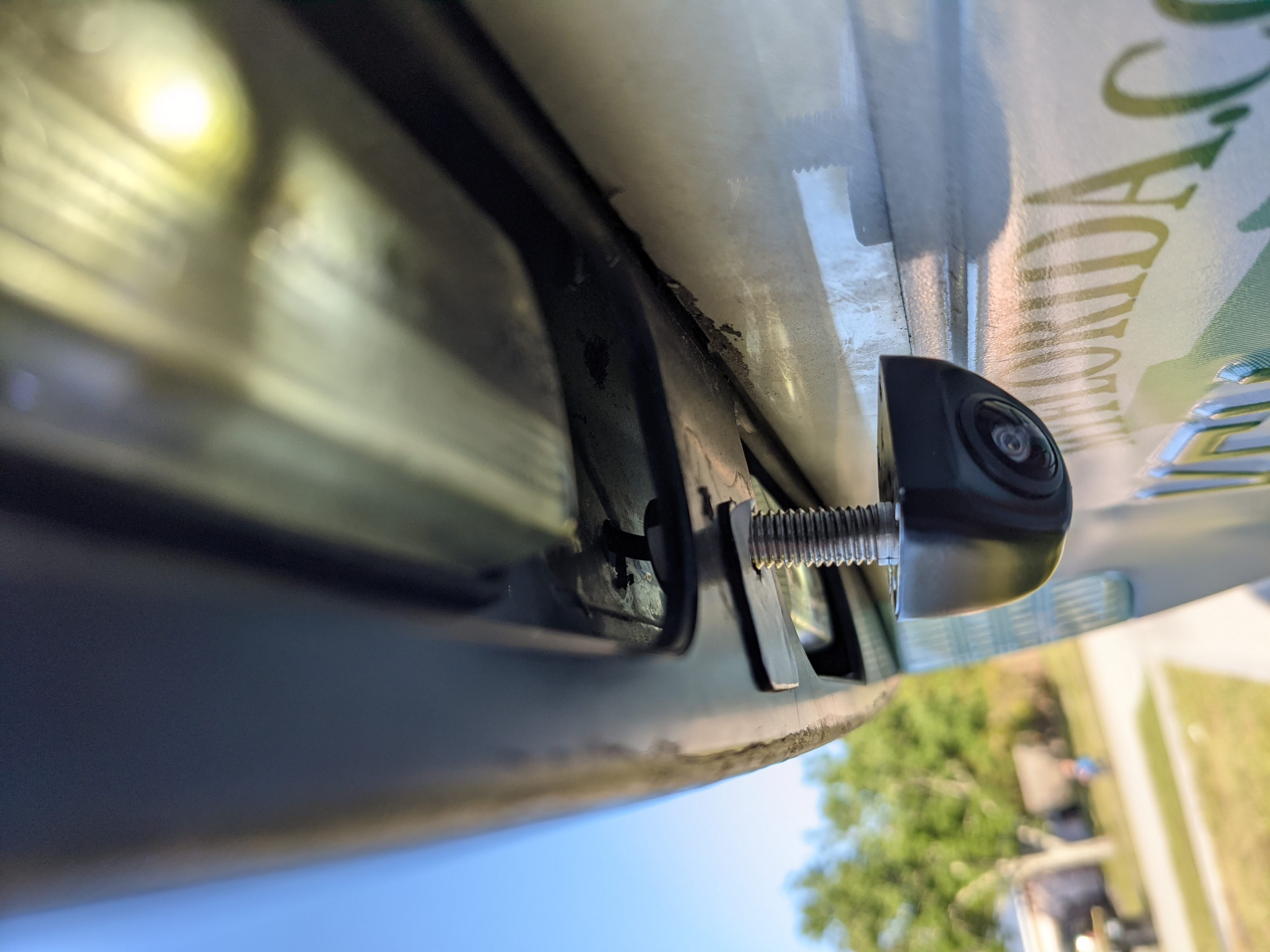 Anyways, that’s about it! Seal the rear door up and enjoy. 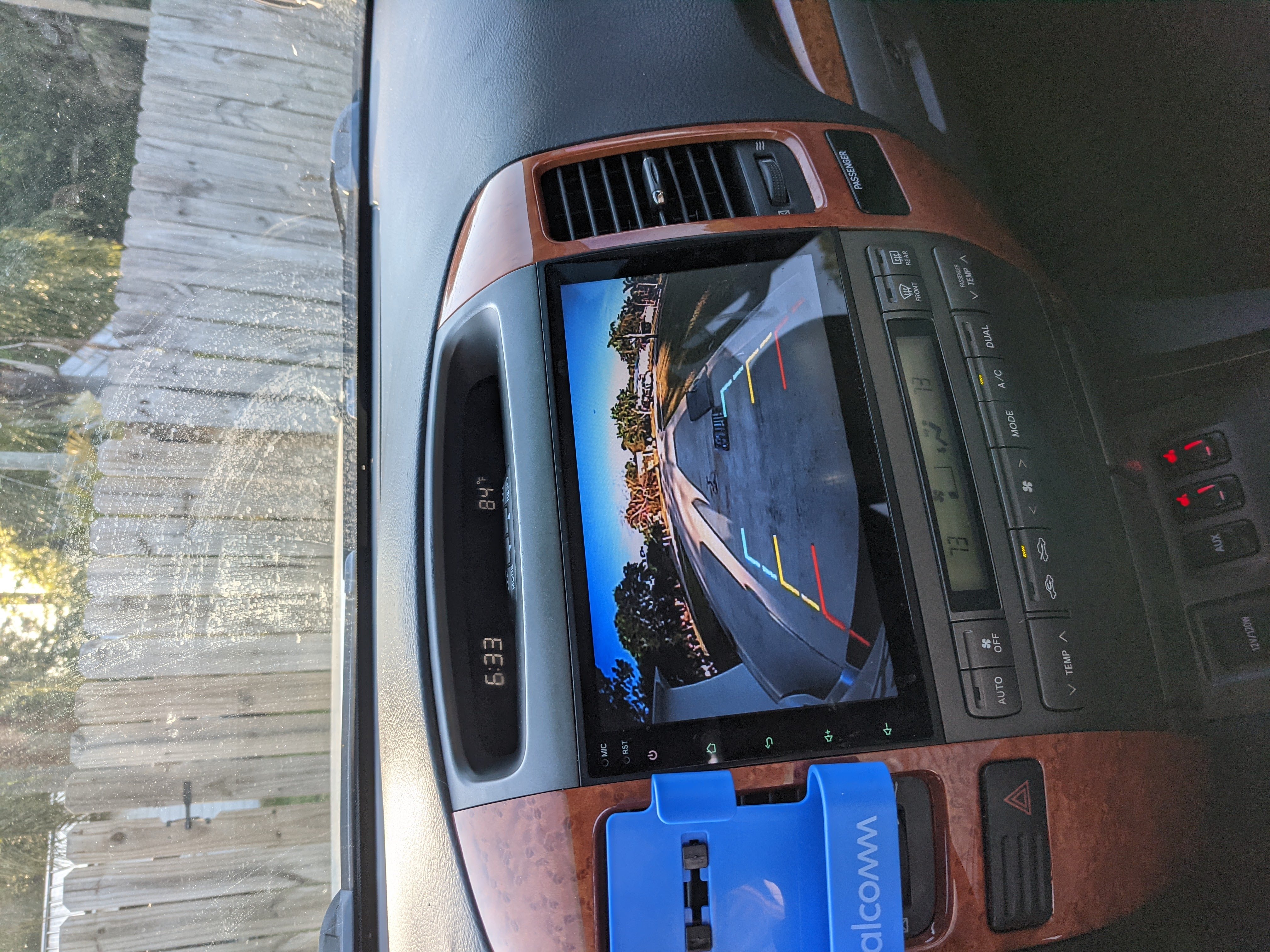