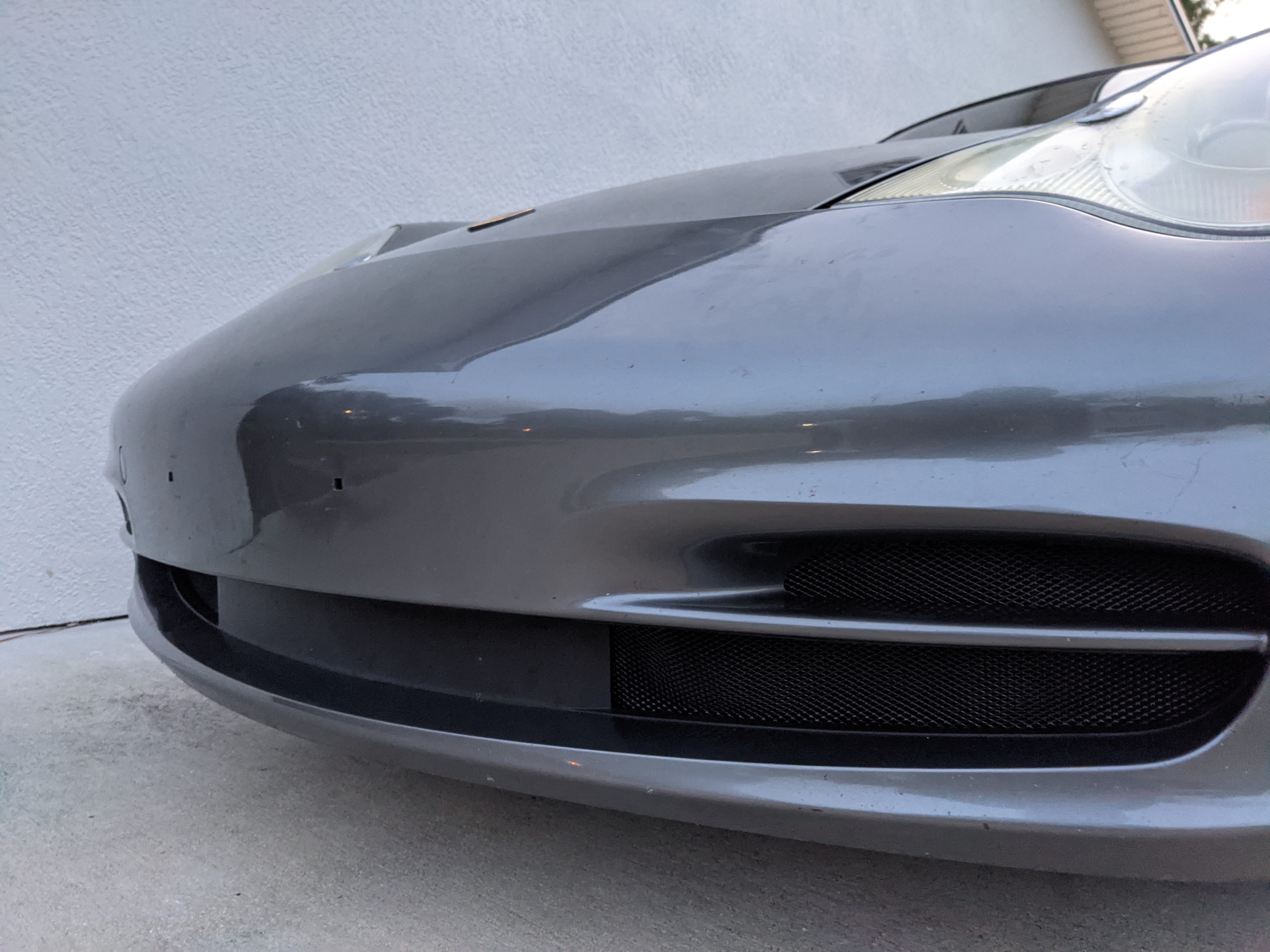 To clean the radiators and condesners on my 2002 Porsche 911, I had to remove the front grill. While it was off, I wanted to install some screens that would prevent leaves and other debris from accumulating through the air duct, so I built some mesh screens.

Ben Rayne on YouTube has a good video on how he created some mesh grills for his Boxster, and I thought it looked simple enough to do myself. There is a company, The Radiator Grill Store, that makes these for 911s and other Porsches, and their grills do not require bumper removal. If my radiators and condensers were cleaned recently, I definitely would have gone this route for only $70, but since my bumper was already off, DIYing was easy enough, and saved me $50.

First, take off the bumper, move it to a work space. 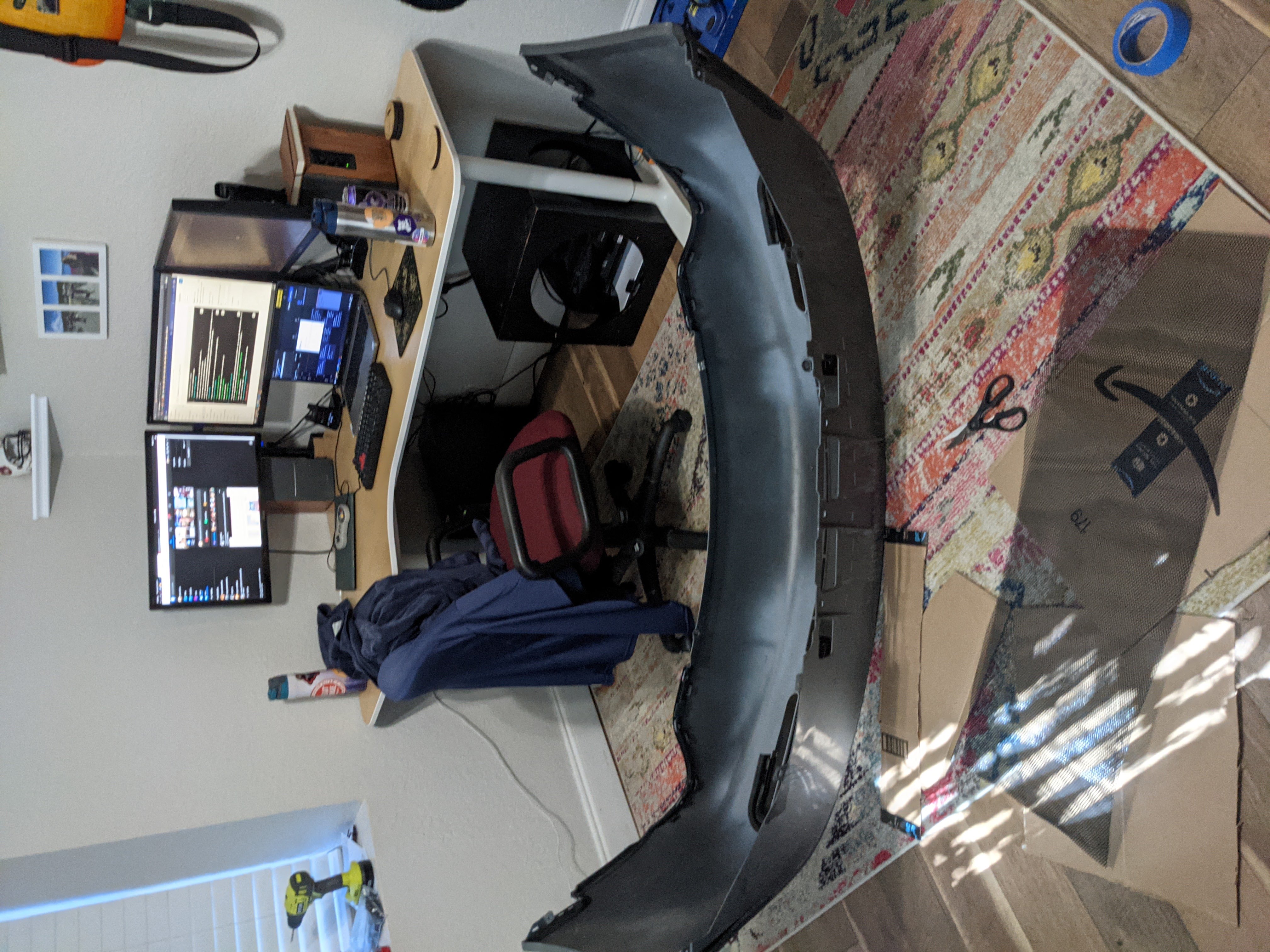 Create a template out of cardboard, I used the Amazon box that my mesh grill screen arrived in. I used this AggAuto grill mesh, and it was plenty to do the 2 grills on my targa. If you have a 911 Turbo, you might need more.

Cut the mesh to the template, make sure there is a bit of overlap. This was easy enough to cut with kitchen shears. Drill a few holes behind the bumper to mount the mesh, but make sure it is in the black extra part, so that you’re not drilling through your visible bumper parts. That would be bad. 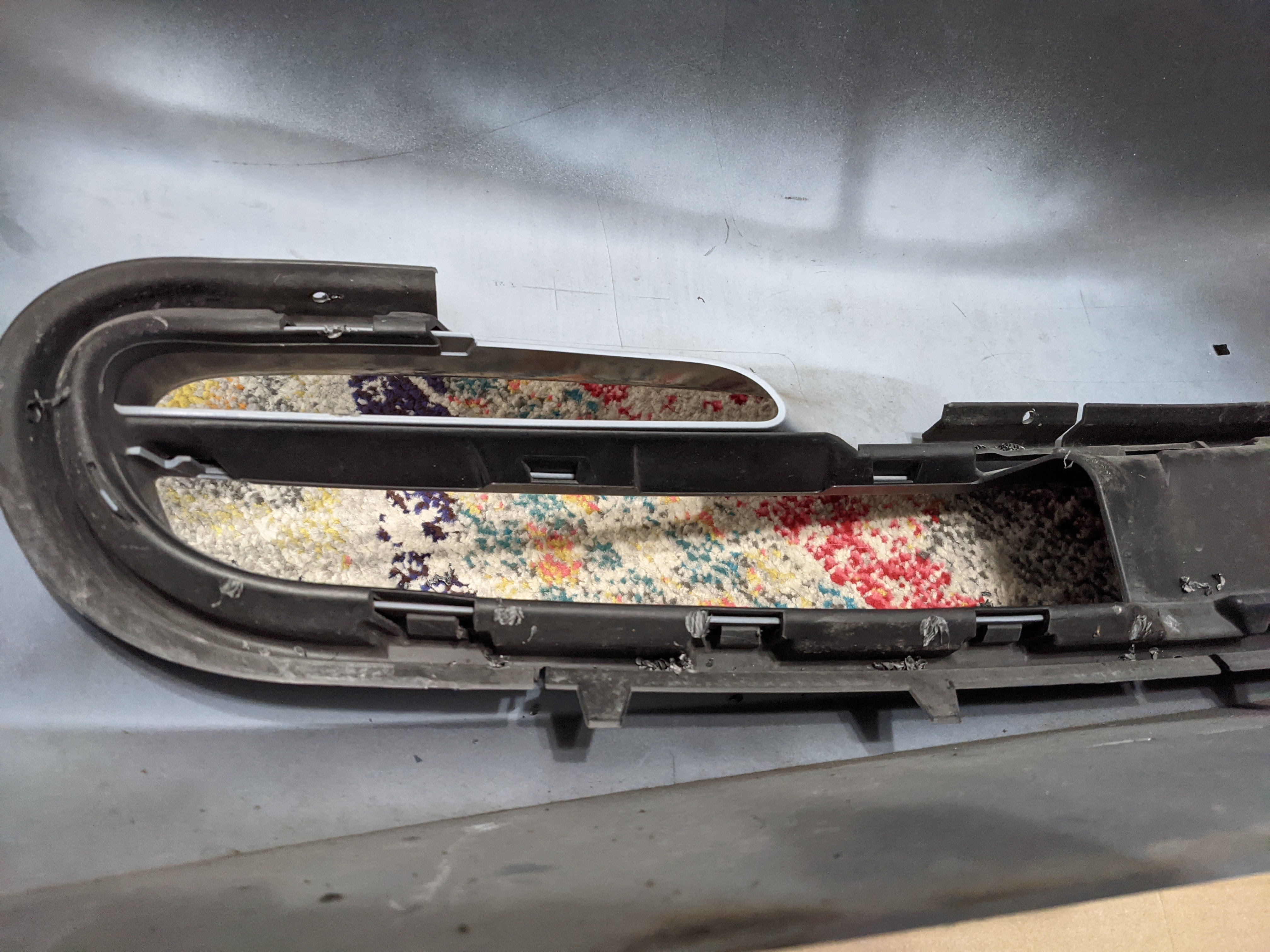 Mount the mesh using some zip ties, I used 5 zip ties per side and it seems very secure. I tried 4 per side the first try, and it was too losse. 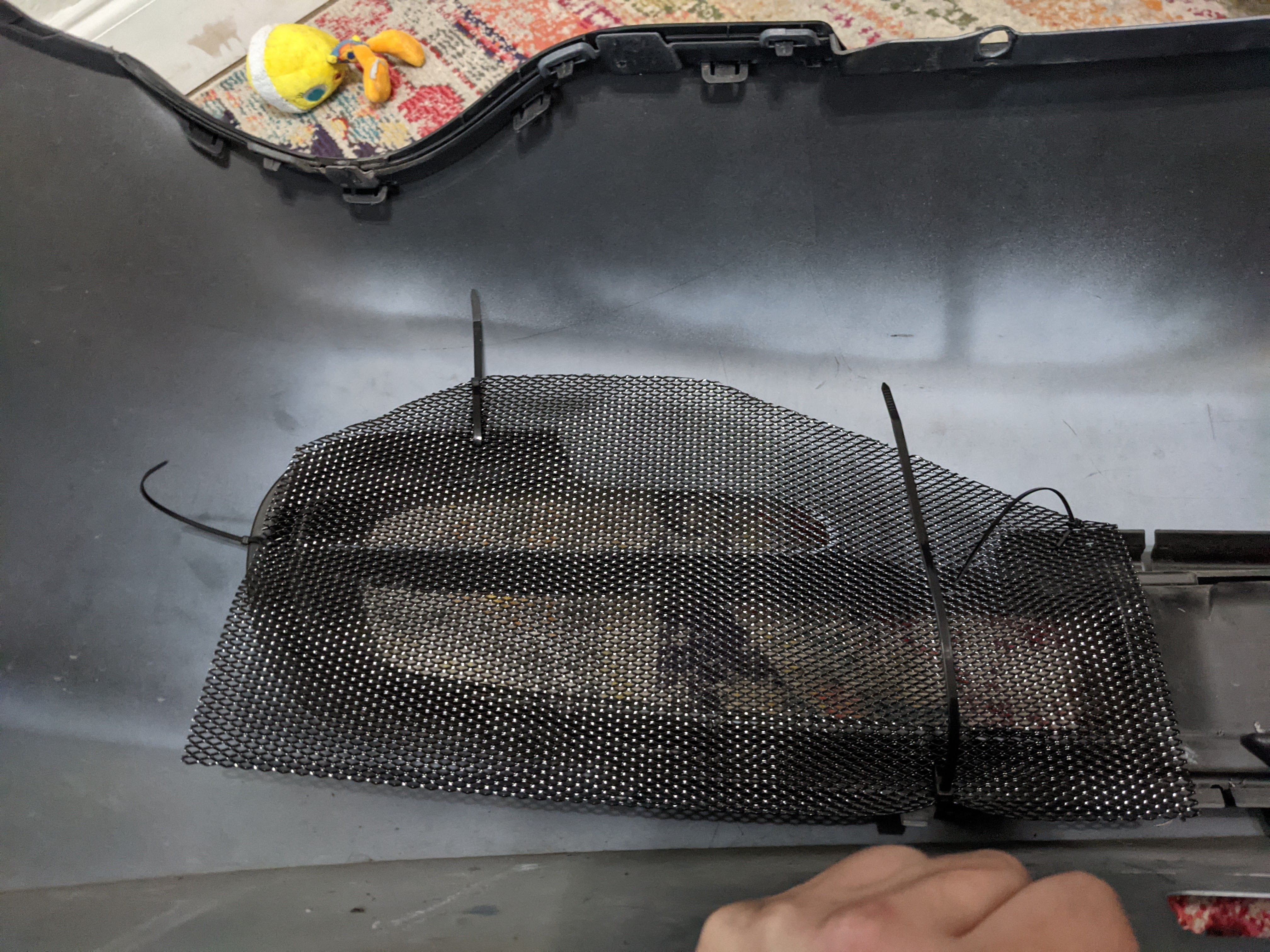 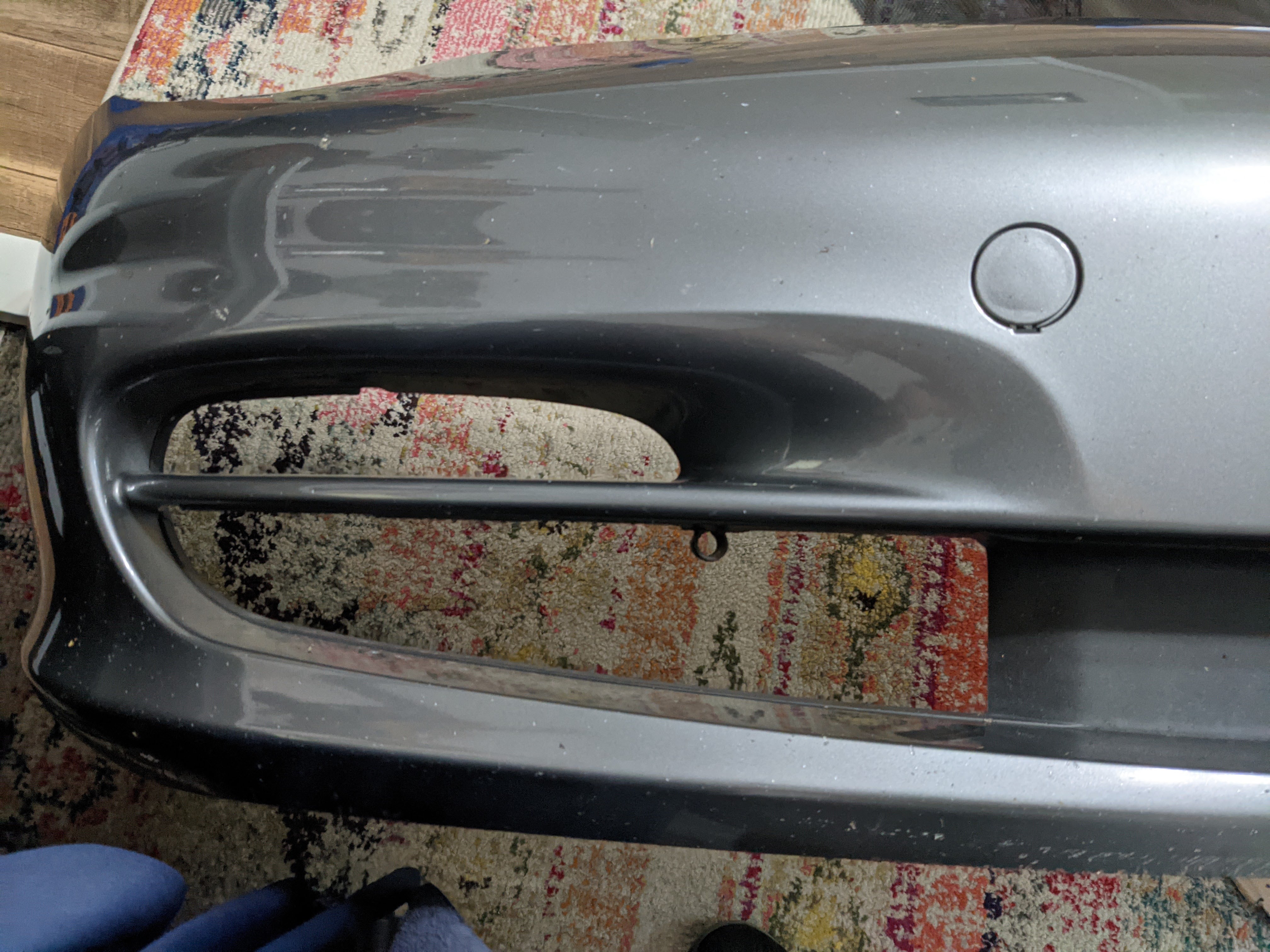 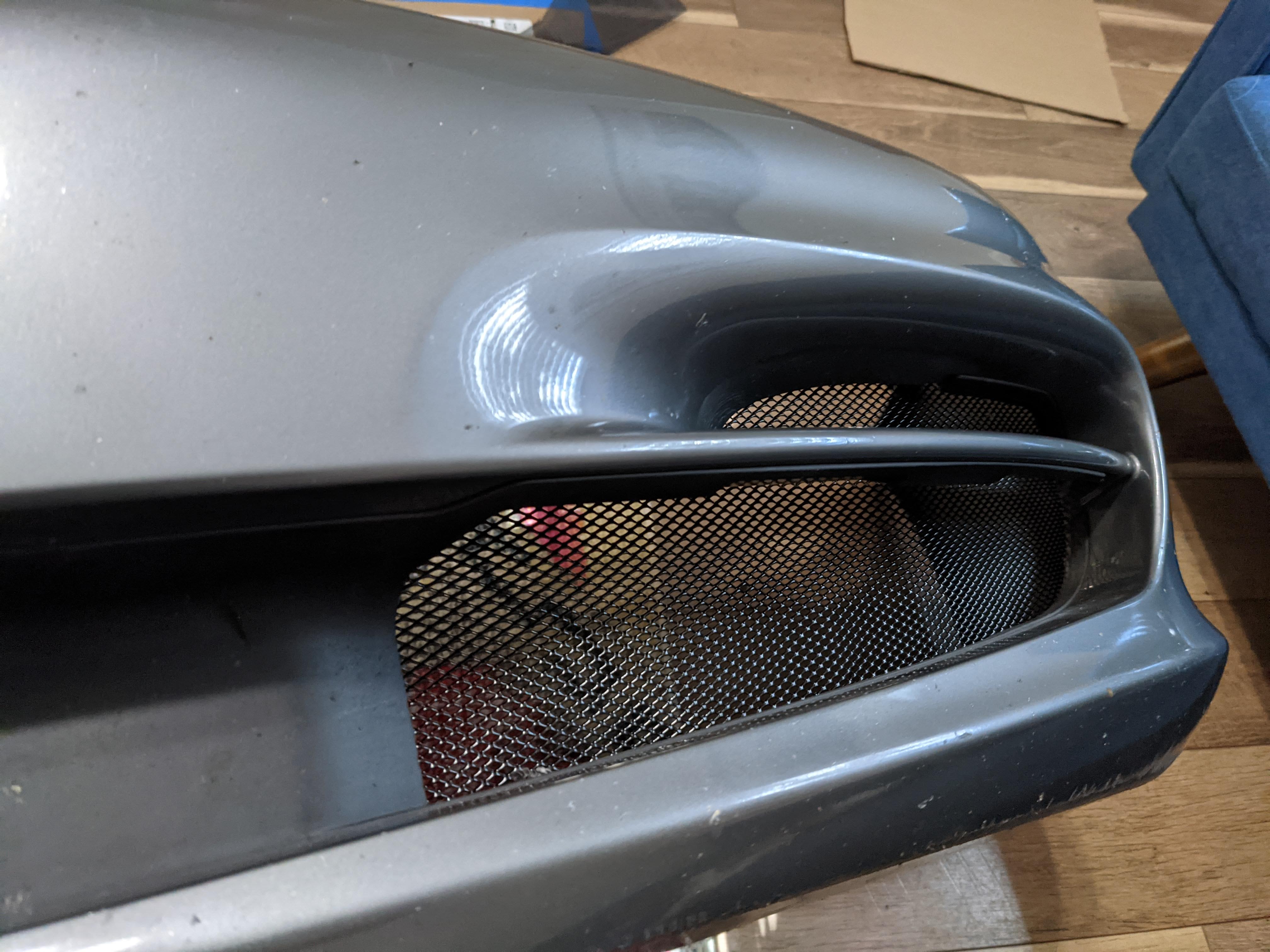 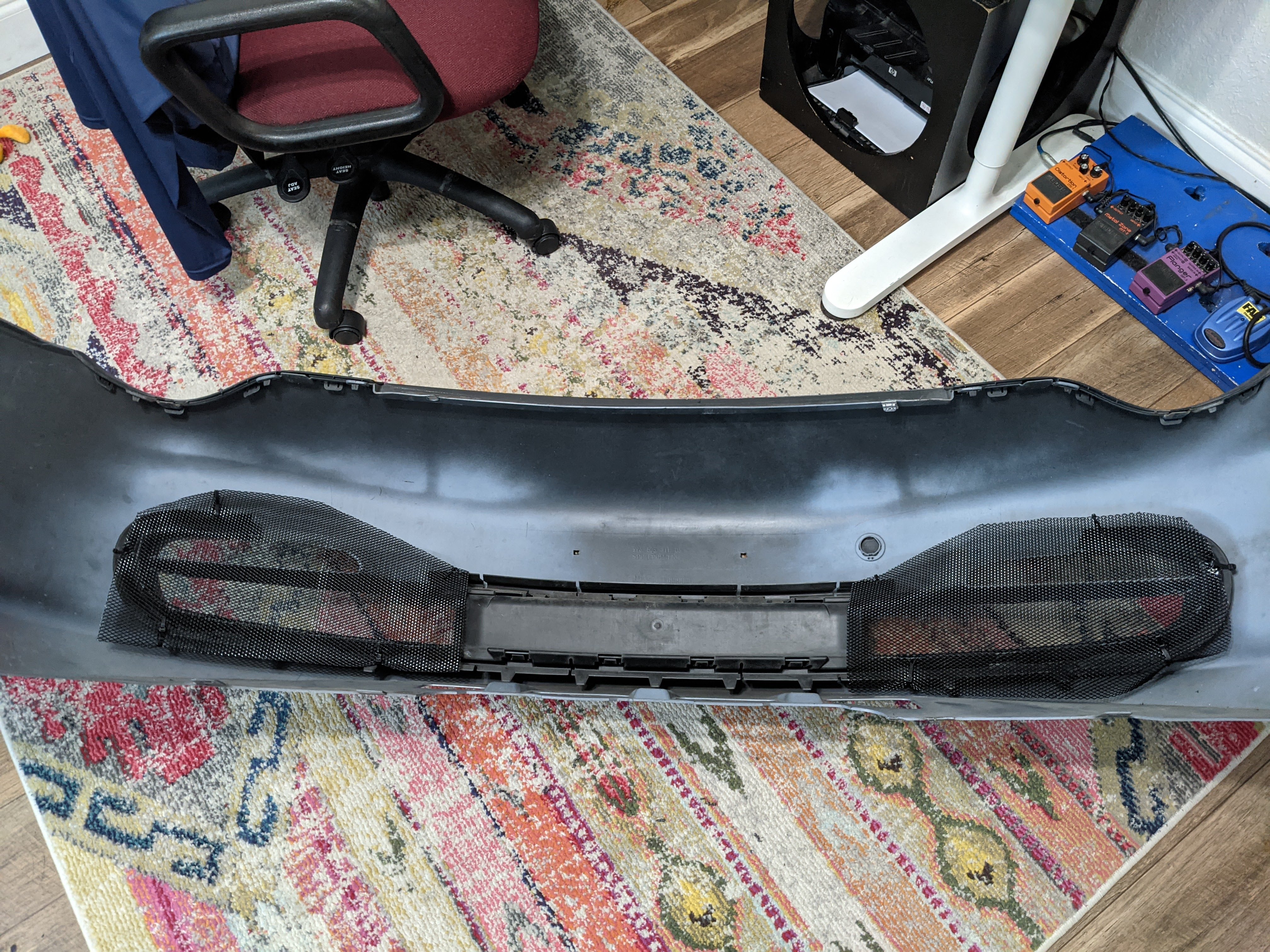 Now that the mesh screens are on, your ambient temperature sensor won’t fit anymore. To mount that in a new location, I drilled a few holes in front rubber air dam and mounted it with a zip tie. The Radiator Grill Store has another option with a pass through for the temp sensor, as you can see in their YouTube video. 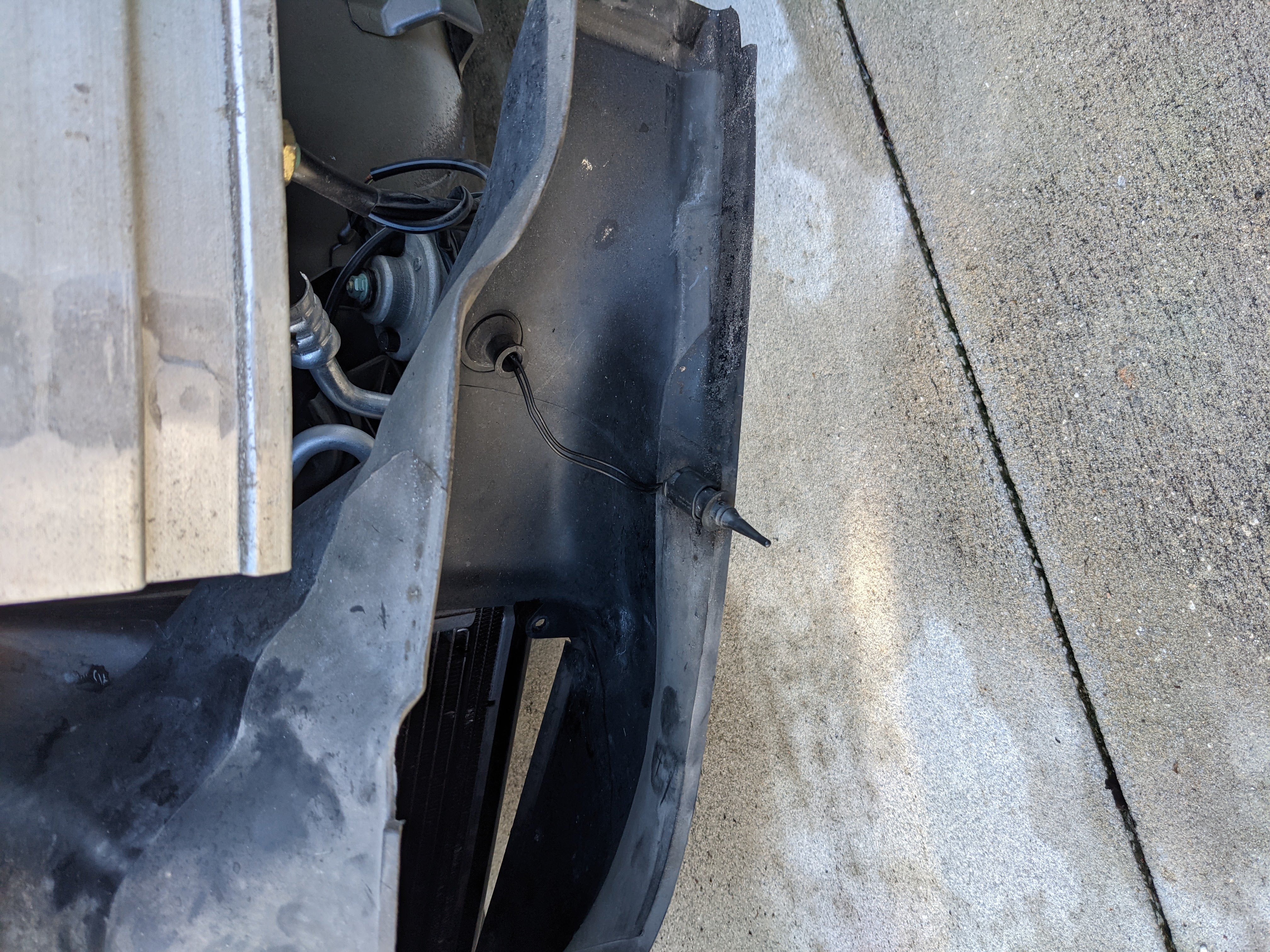 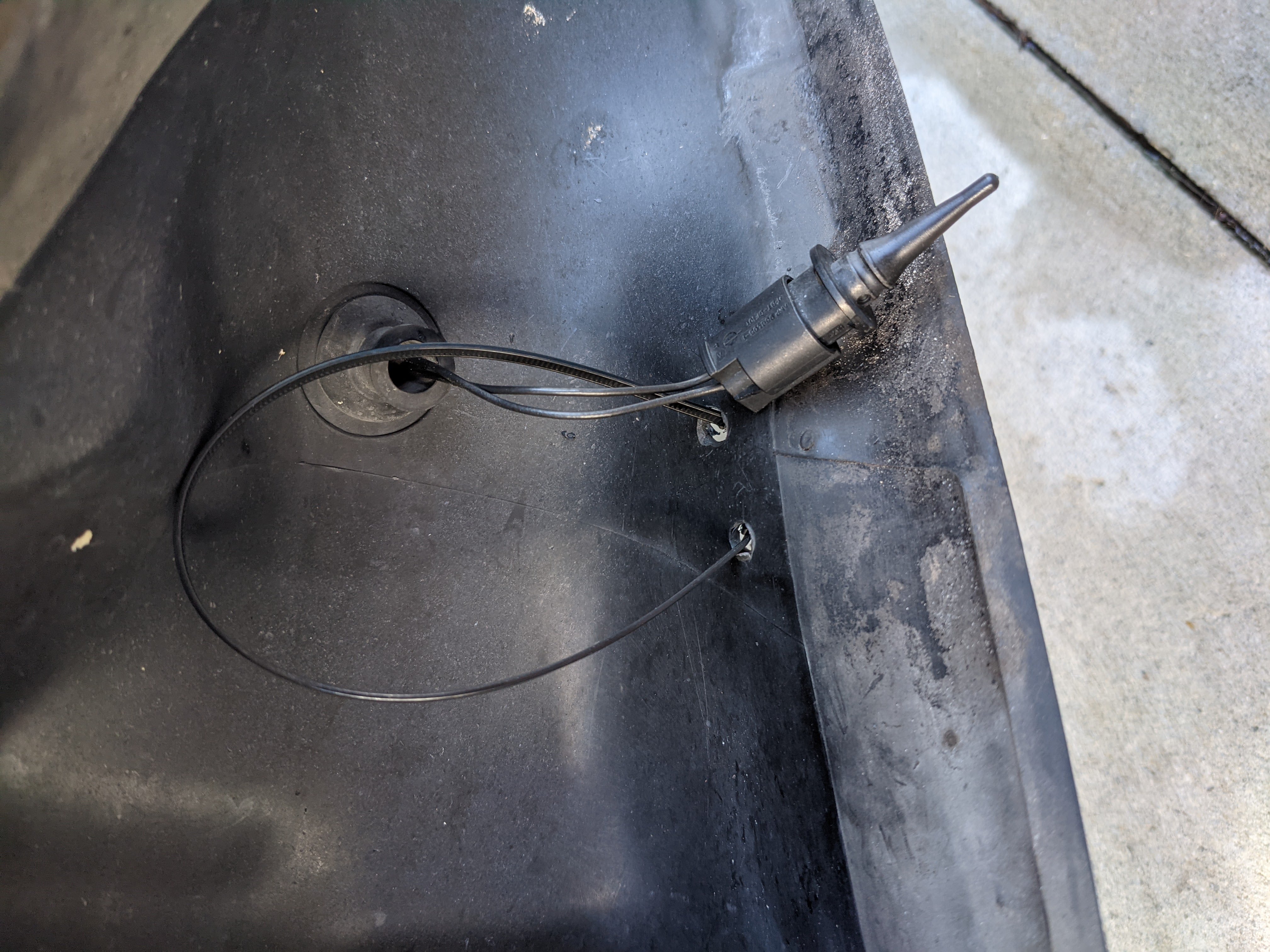 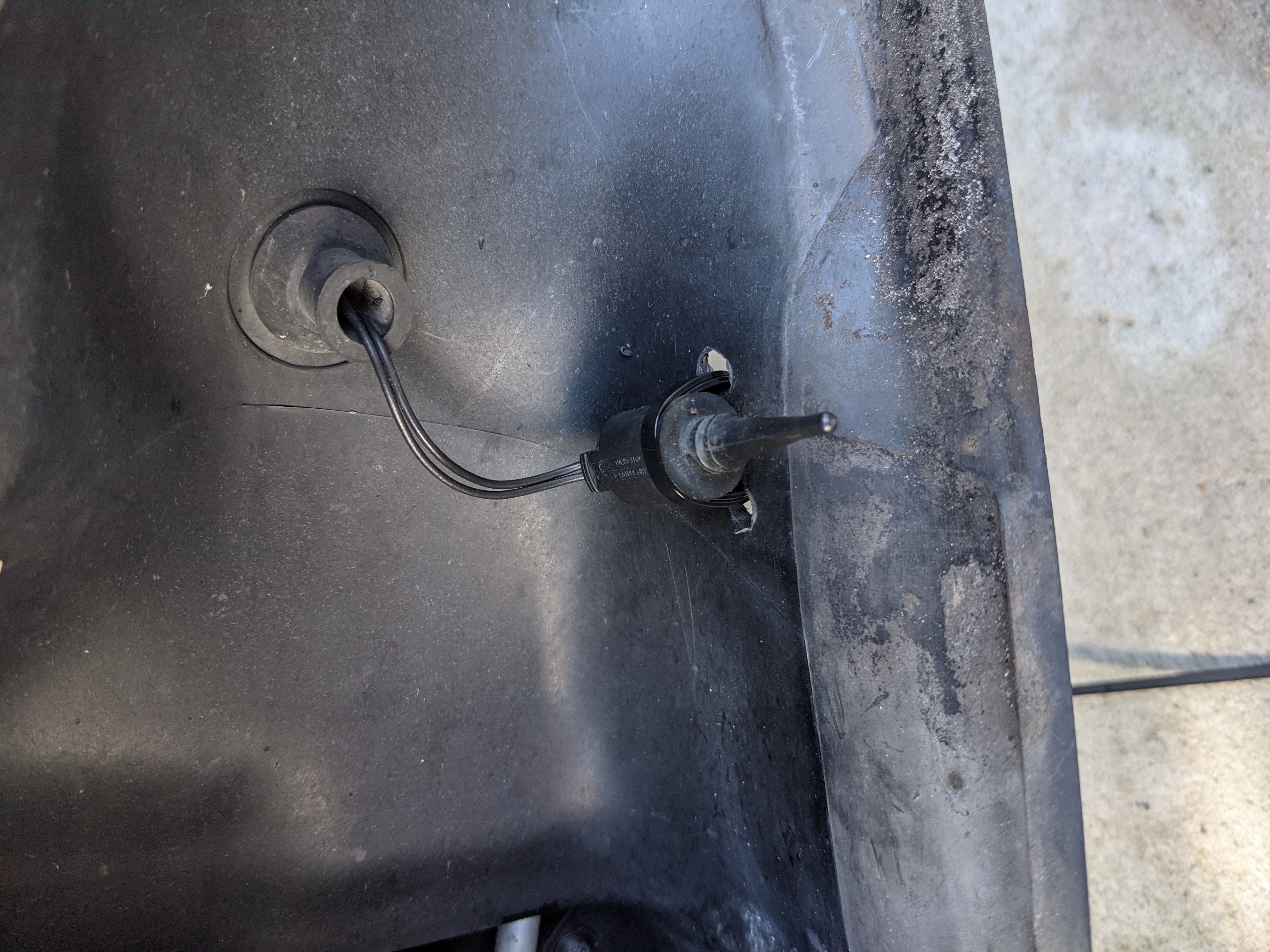 Before I re-installed the front bumper, I also refreshed the headlights using a 3M Headlight Restoration system and clear coat. If you don’t clear coat the lights after restoring them, they’ll get yellow within 6 months, it has happened to me before. 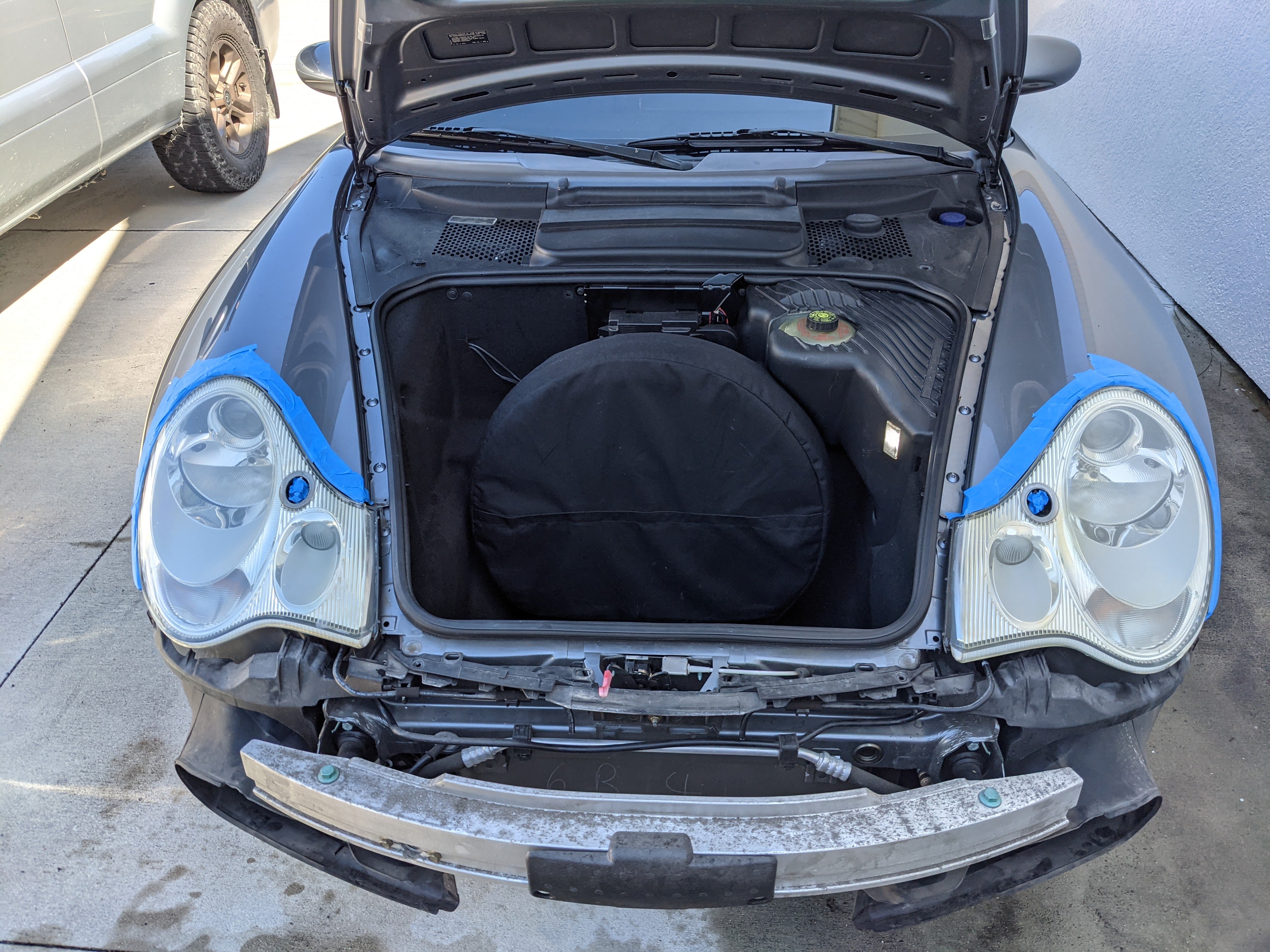 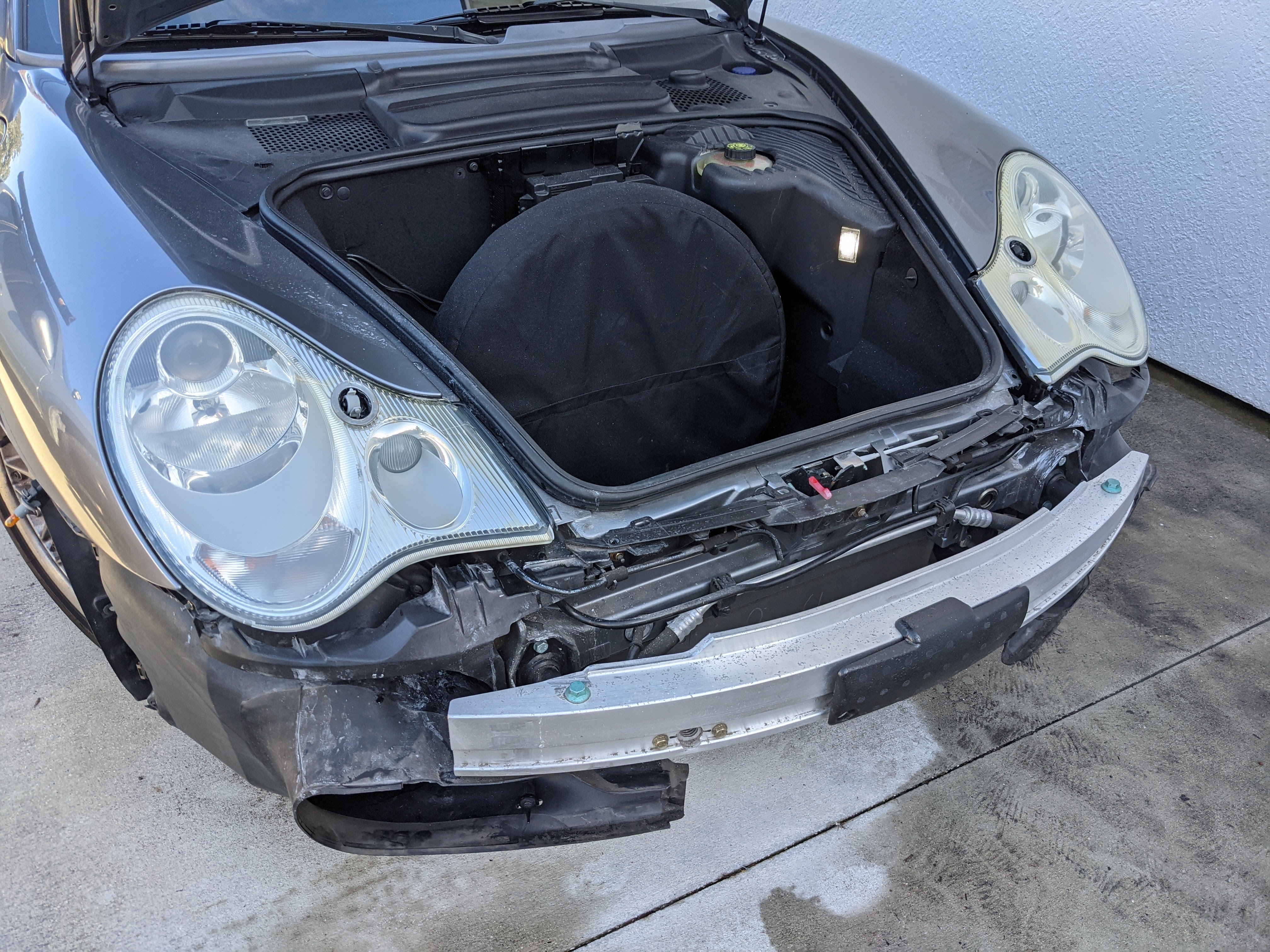 Then just mount the bumper back, which is probably the most difficult part of this entire process. I ended up having to put the 911 on some ramps to install all of the T-30 screws under the front bumper. Hopefully this is the last time I ever take the front bumper off this car. 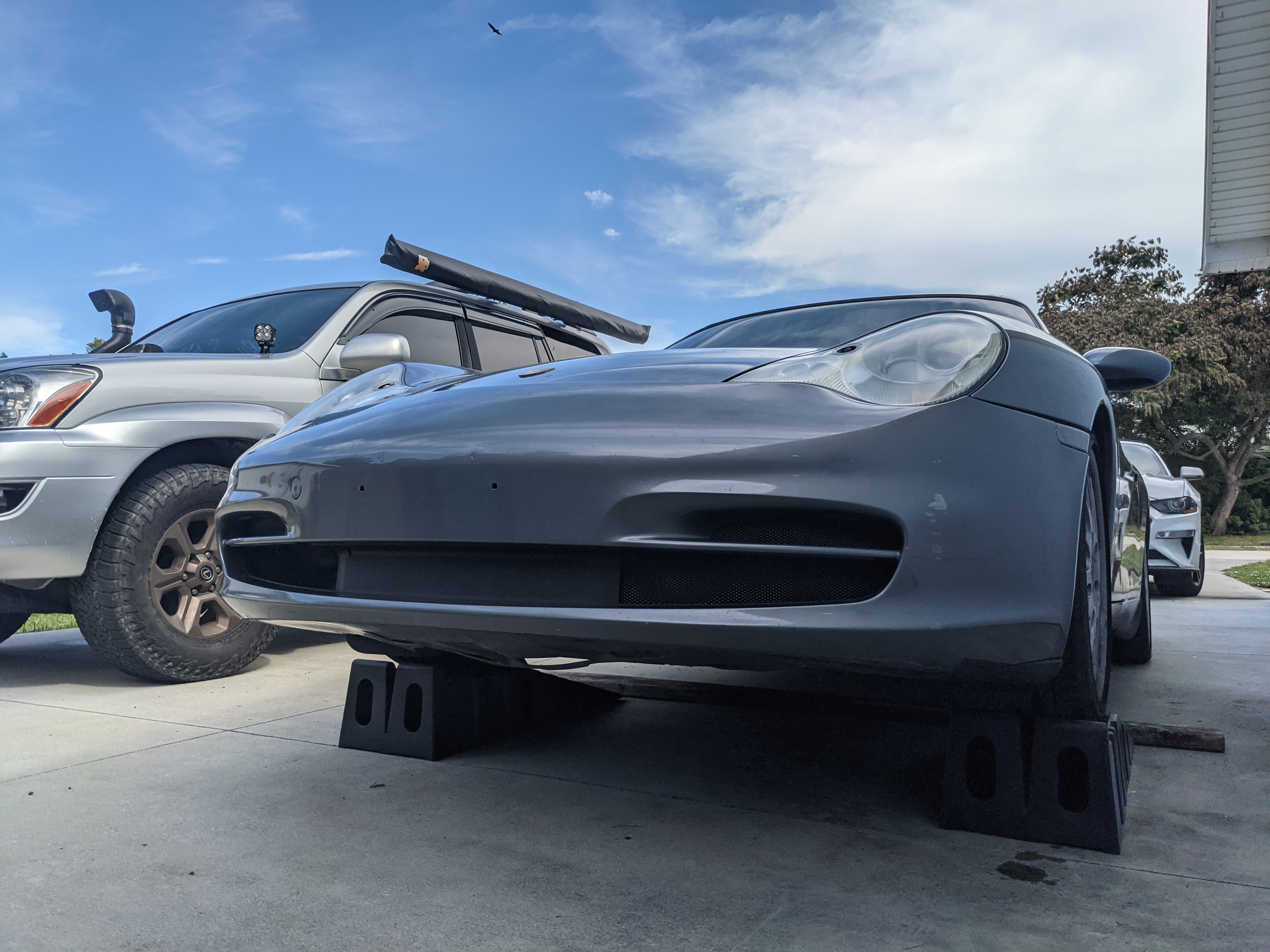