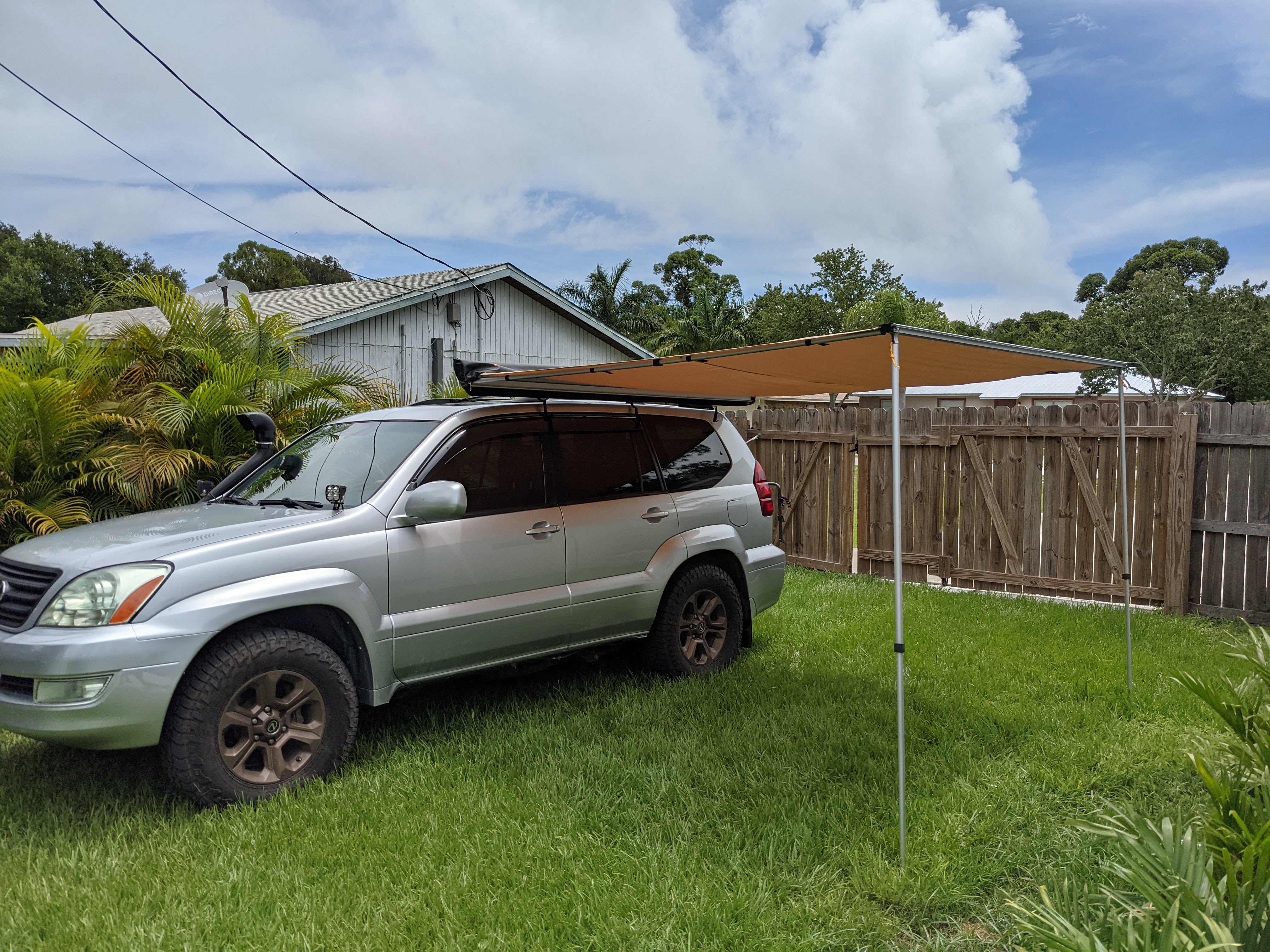 I bought and installed the trendy “NAPA Awning” for my GX470, but it’s actually called the Maxi Trac Vehicle Awning. It cost $105 after a AAA discount, and I only used the included hardware to install it on my stock GX470 roof rack. This is an 8ft awning, and competitors include the Ironman Awning, which definitely seems nicer but at 3x the price, but it does include a light. I’ve also seen good reviews by GX470 owners of the Amazon Yescom 8ft awning, which used to be $100 also, but now is $185.

The NAPA awning kit comes with all the hardware you need for a basic mount, as seen below. It also includes a nice bag to store the guy wires, and all the poles and material store nicely within the awning bag. The box is huge, but it will fit in your GX470. Just don’t pick try to pick this up in a small car. Unless it is a convertible. 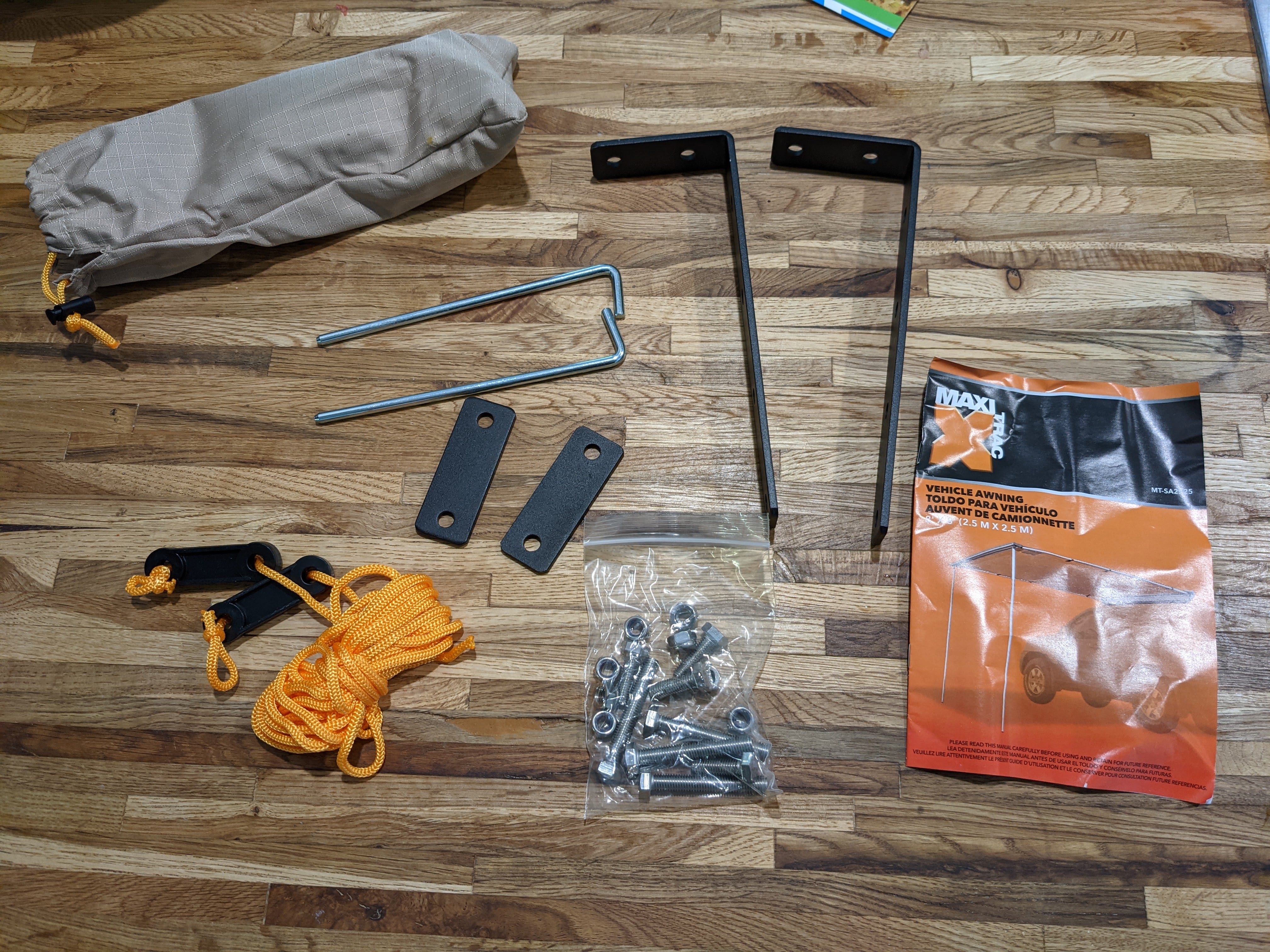 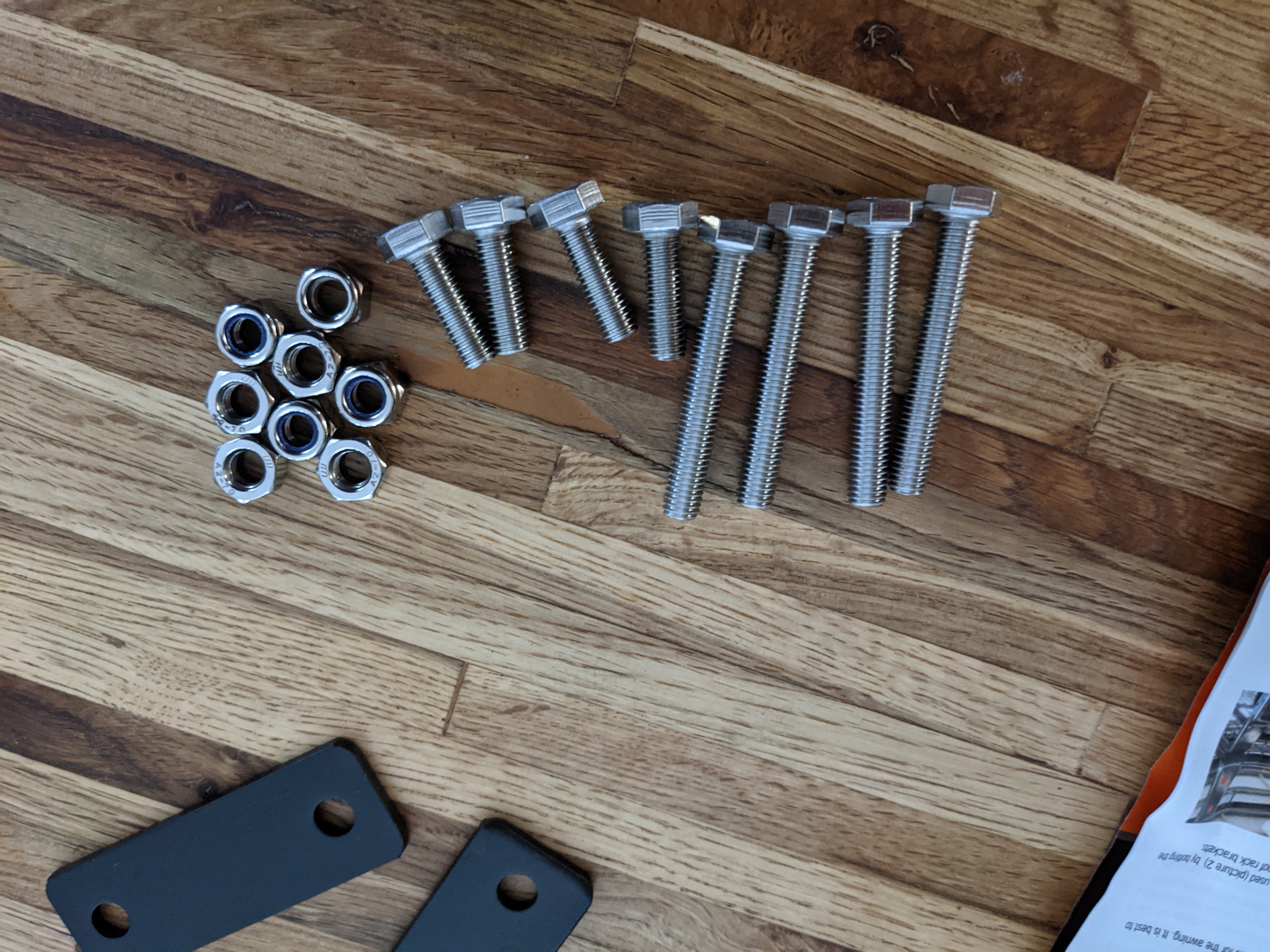 To install, slide 2 of the shorter bolts into each rail of the roof rack’s stainless steel backing.

Install the L bracket onto each bolt, noting the direction. For my install, I had the zipper pointing down to prevent water from seeping in. I also mounted the L bracket pointed up on top of the roof rack, so that the awning would be tall enough for my drivers doors to clear the awning once opened. I mounted mine on the drivers side, due to the way the barn door opens. 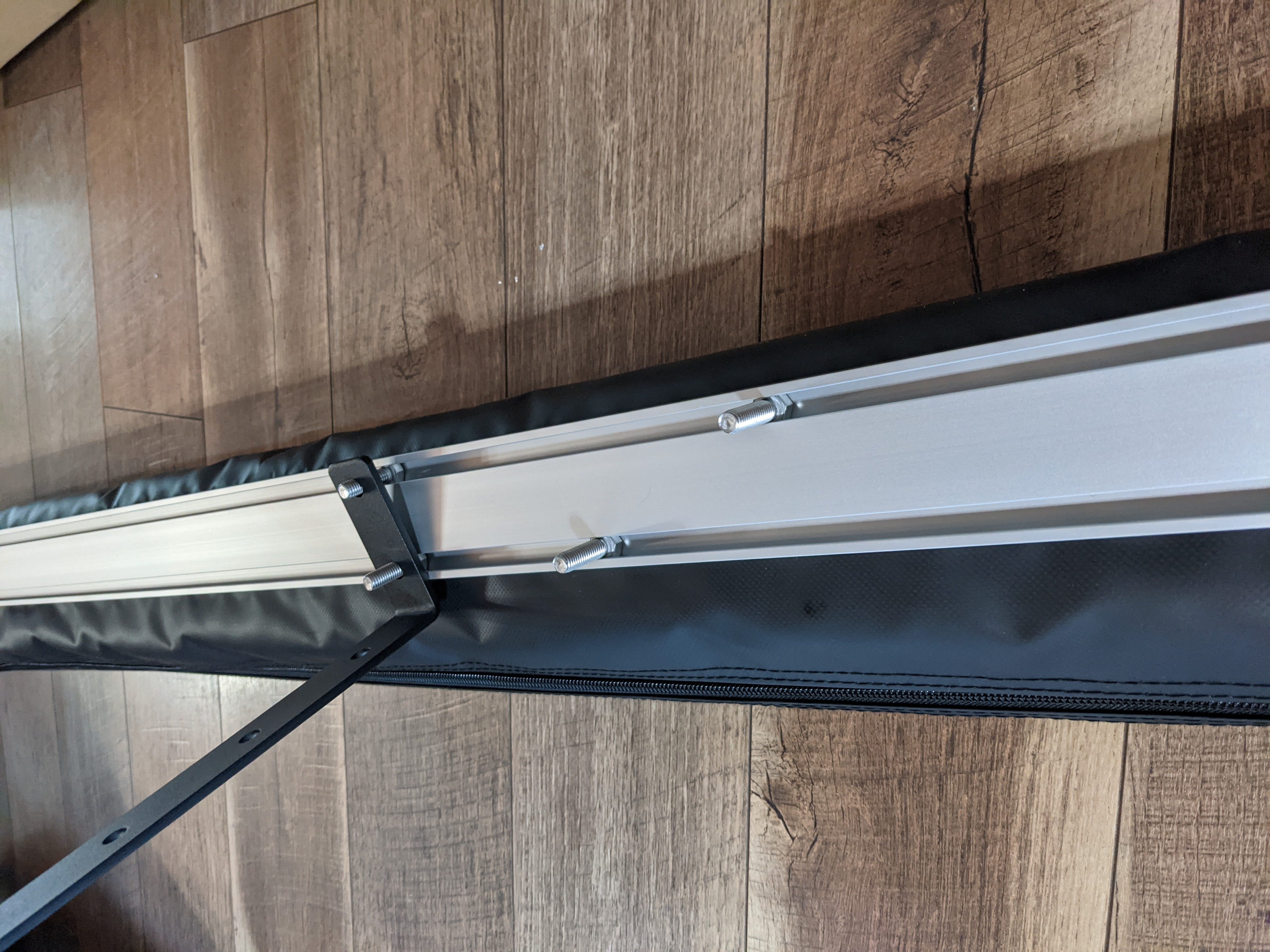 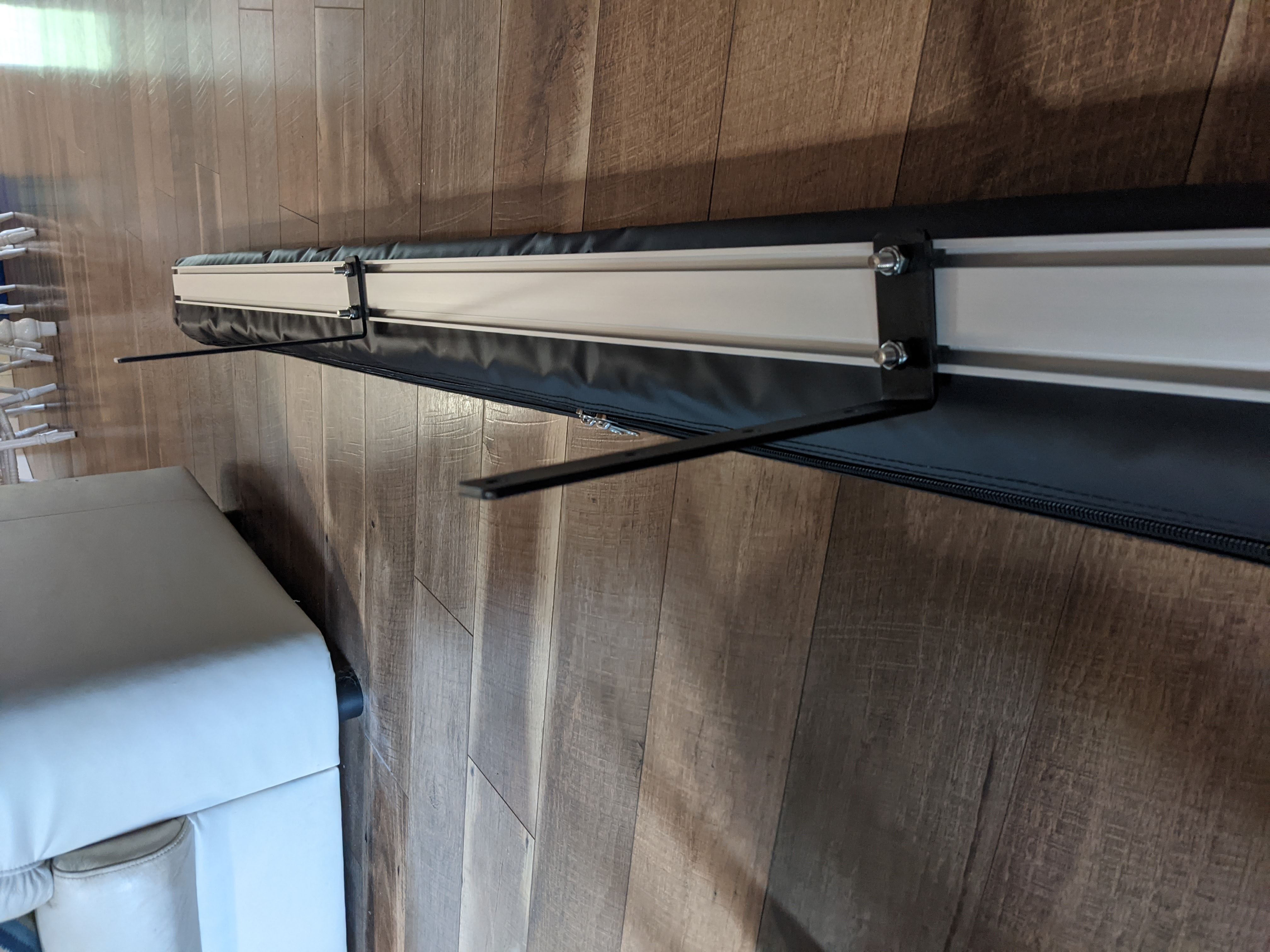 Next, I placed the awning and the L brackets above the roof rack, on the drivers side. This part would be much easier with two people, but I did it myself. Grab the other steel plate and place it under the roof rack, creating a sanwich of steel plate - roof rack - L plate. Then use the longer bolts, place them through and add nuts, hand tighten. Do this for both L brackets. I mounted one bracket as close to the front as possible, and one as close to the rear as possible. Make sure not to put the L bracket over the end cap piece of your roof rack, if you’re using a stock roof rack. The end caps are plastic, and won’t hold as well as the metal on the bars. 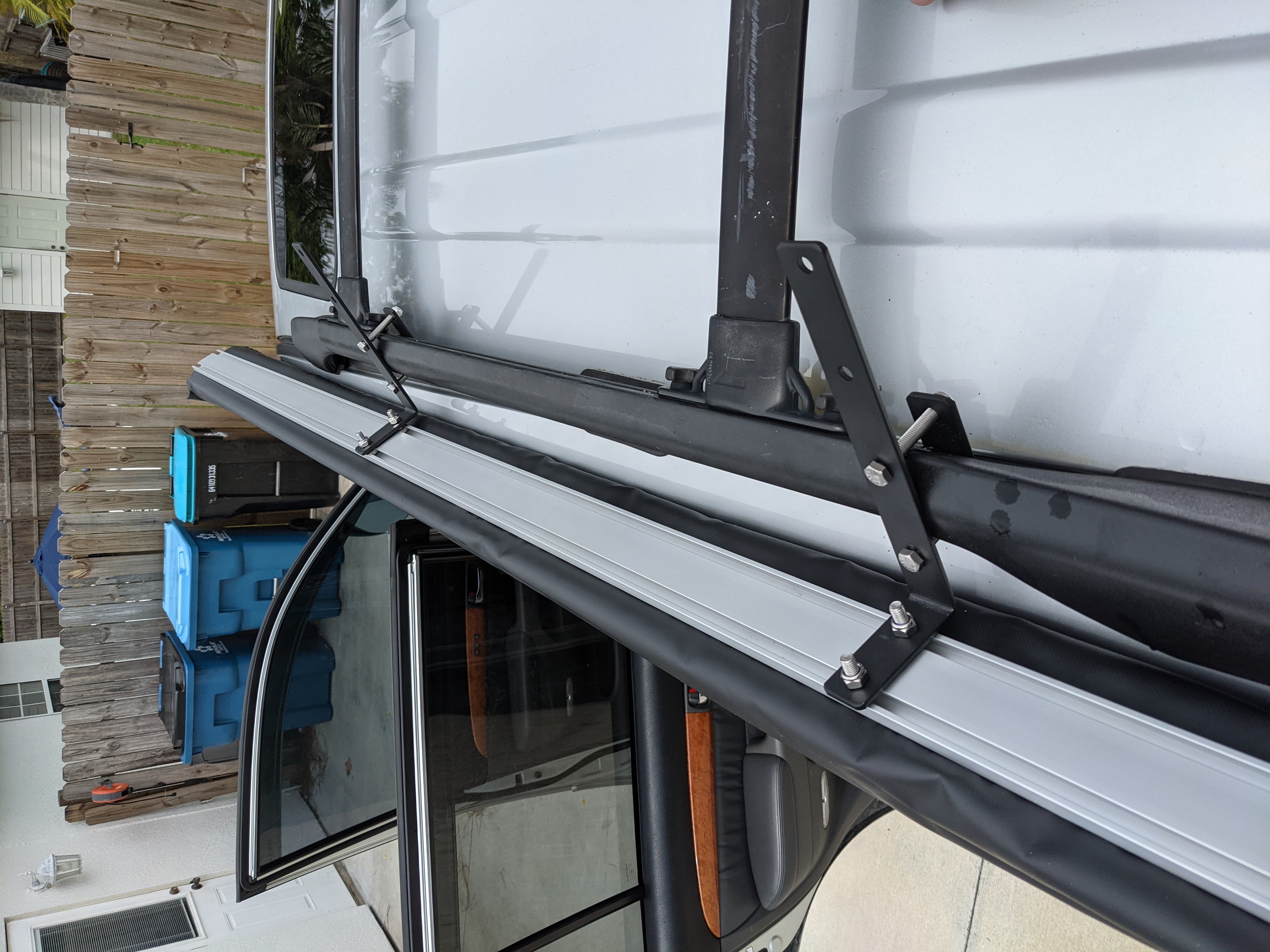 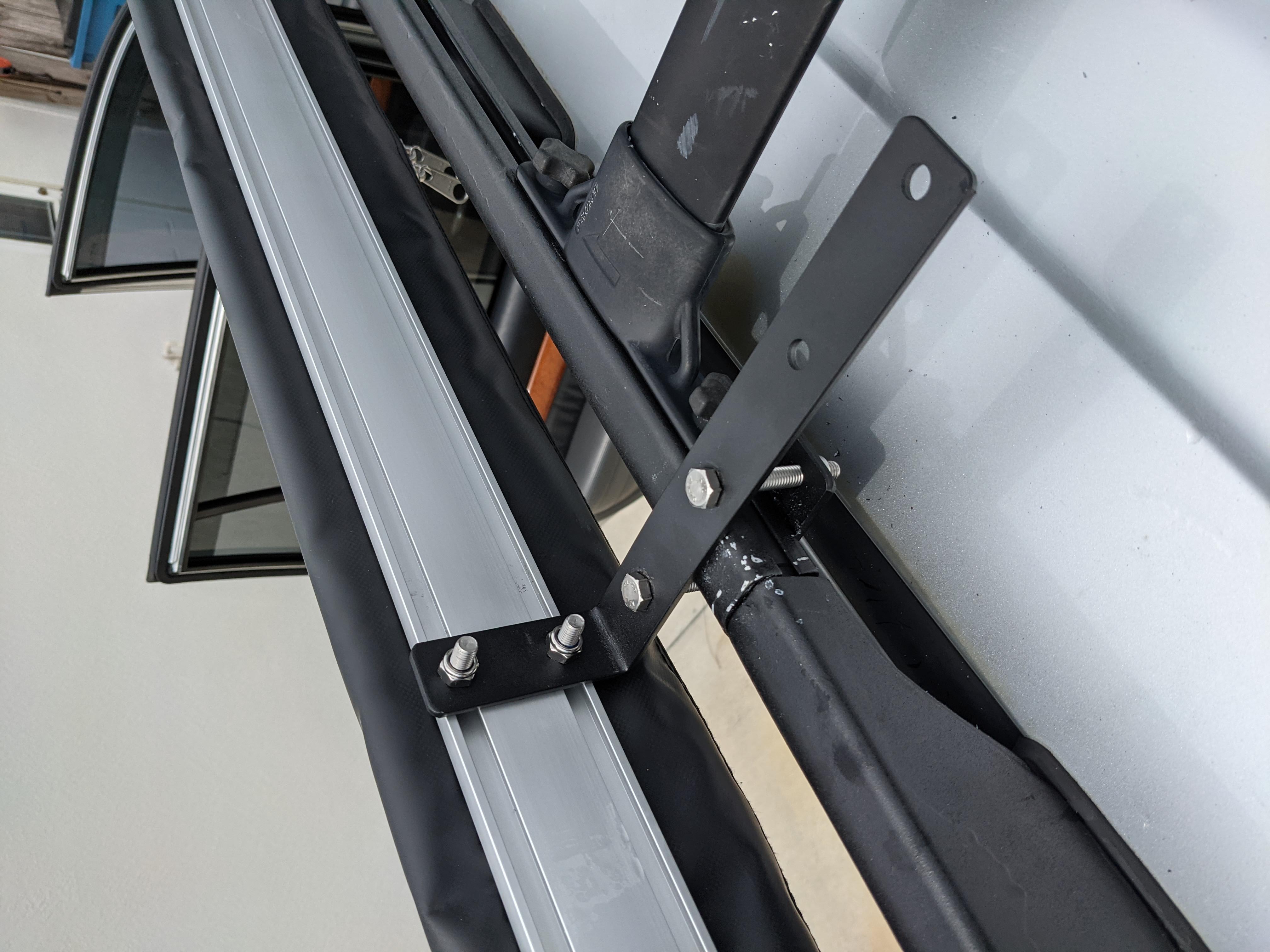 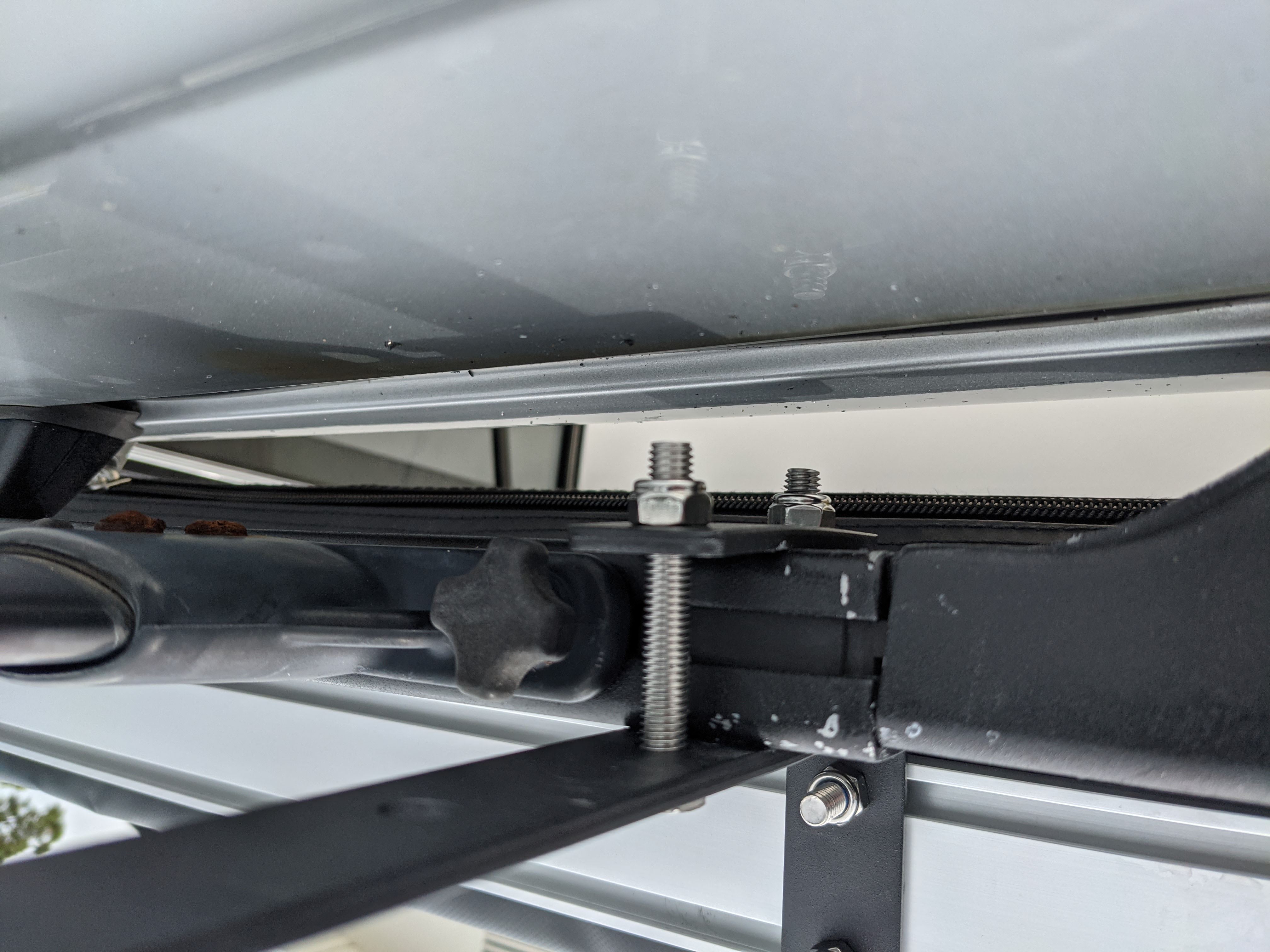 Tighten everything up, 4 total bolts per L bracket. For the sandwich part, you’ll have to use a 13mm to hold the nut, and your 13mm socket to tighen the bolt. Pretty annoying to do, but try to keep everything level. 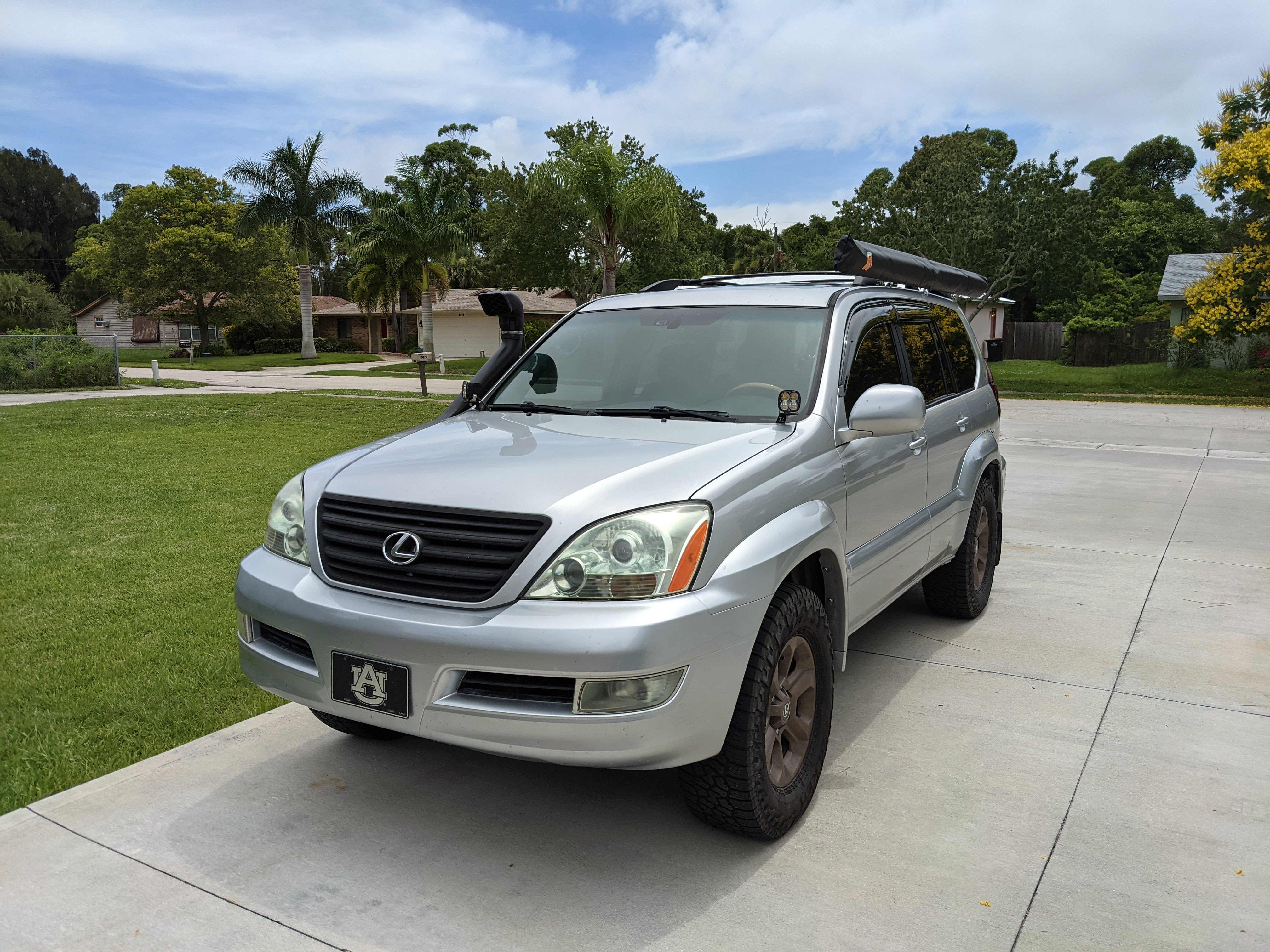 All installed, now let’s test it out. To expand the awning, there are two poles that provide height, and two poles that keep the awning tight and expand out last. First, pull out the awning, then pull down the legs. The height of these can be adjusted. Next, pull out the support poles that keep it tight, and put those through the holes on the height poles. This part was a little complicated to understand, and again, two people would be better here. You can adjust your height afterwards, and even add the included guy ropes for additional stability. Strap the velcro on the awning around the support poles. 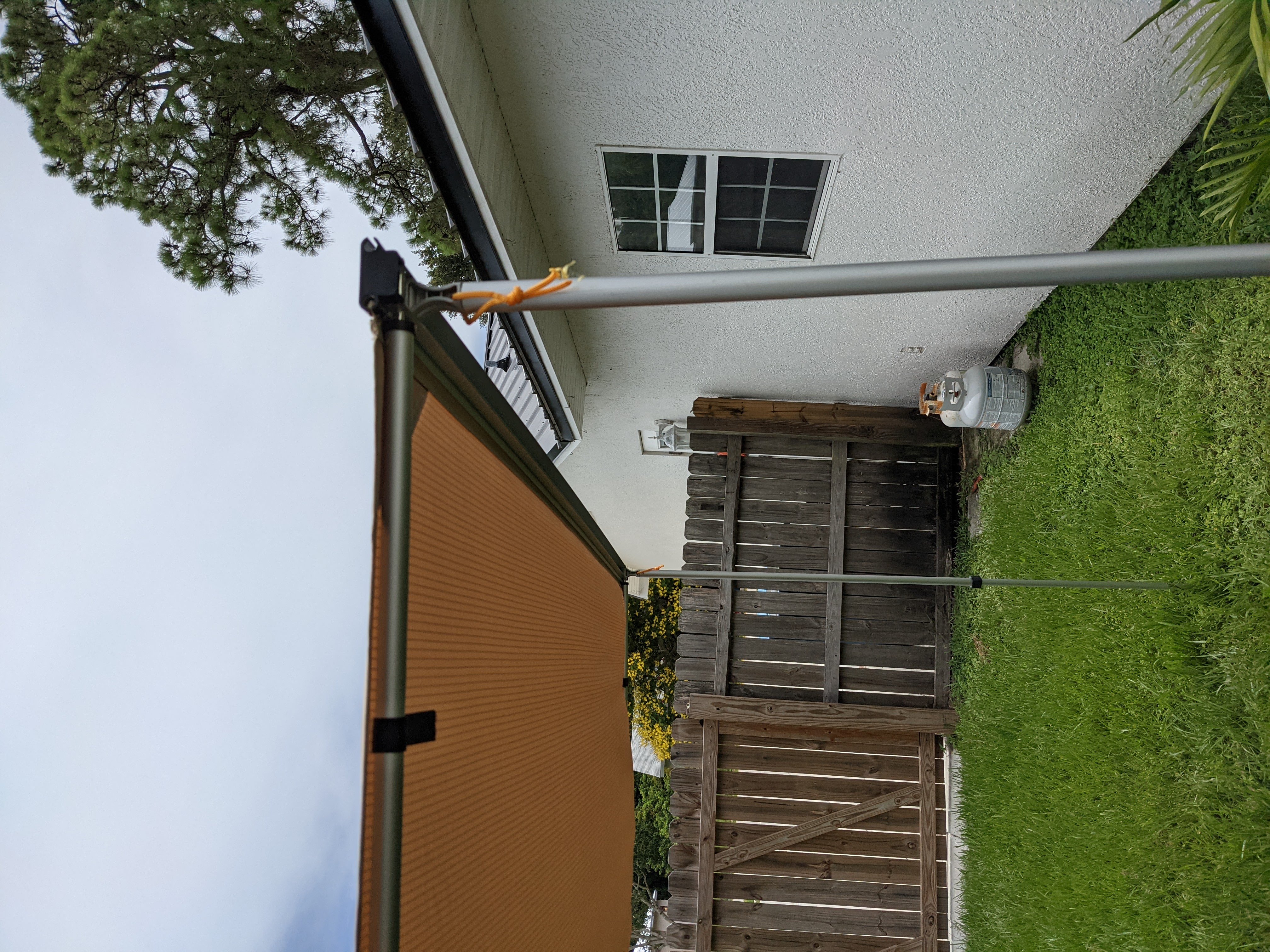 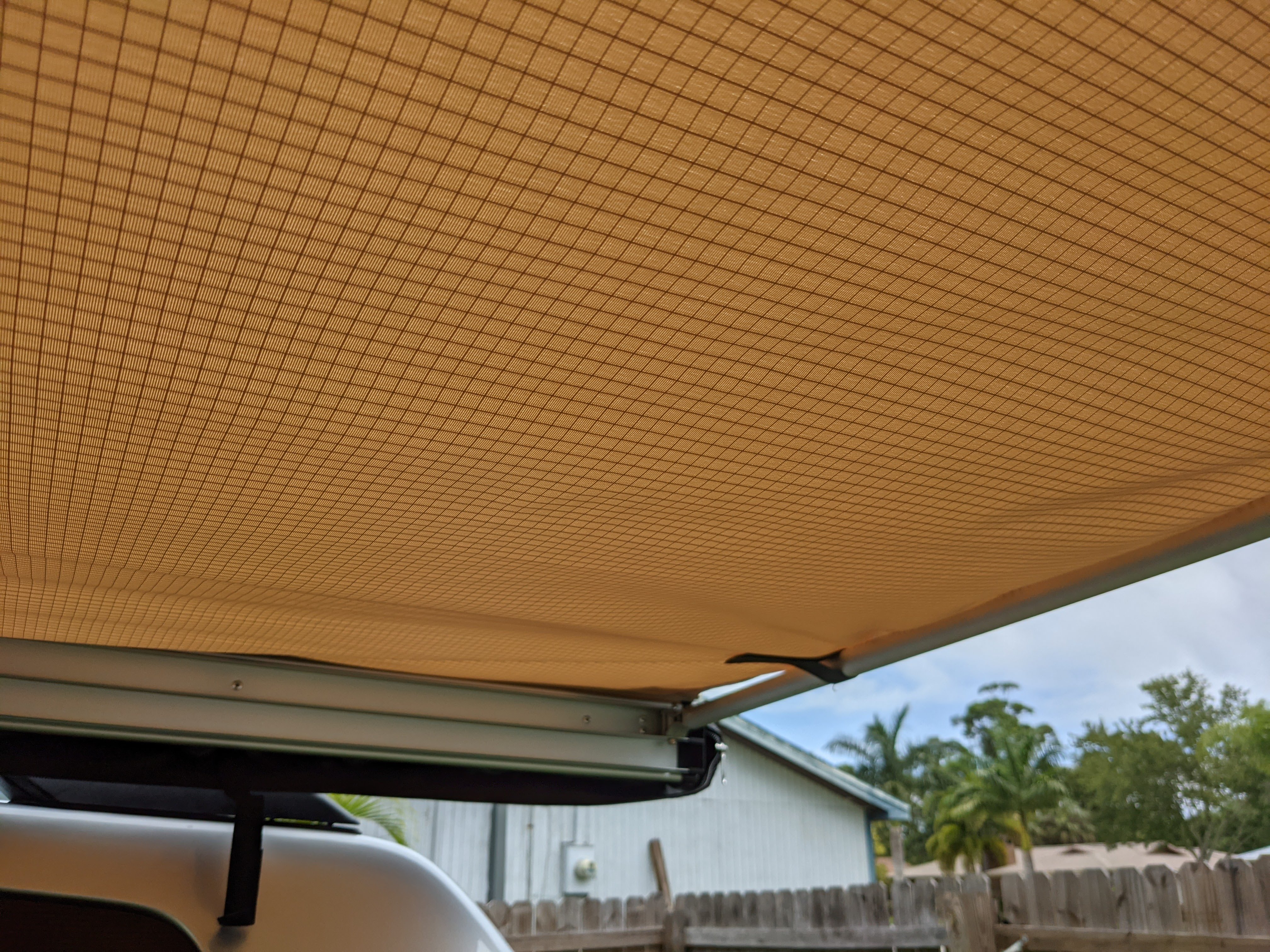 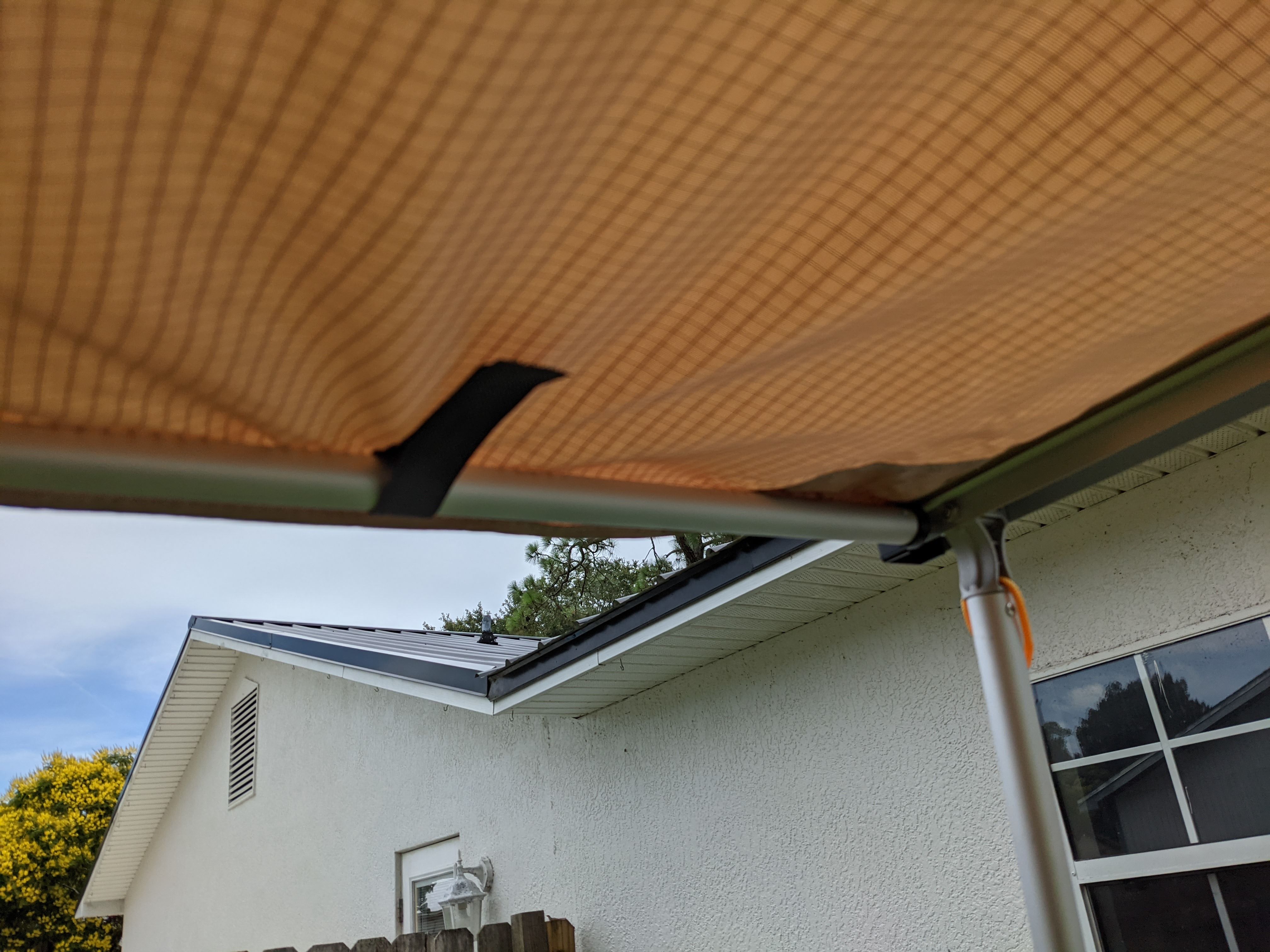 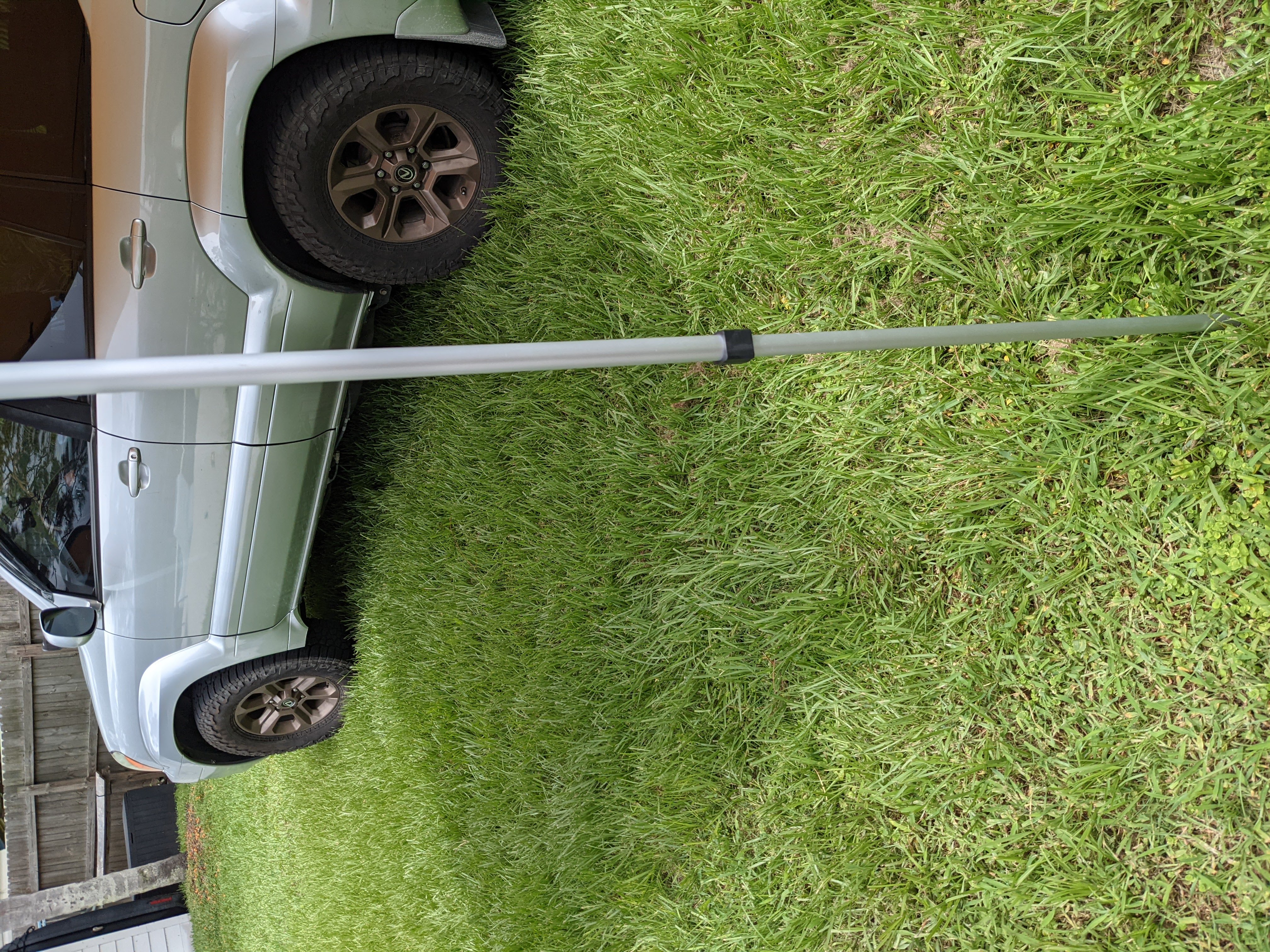 To put it back up, pack away the poles in reverse order and roll up the awning, strap it in, zip it up. I’m impressed all this is just $105. Good purchase.

Update: I also ordered some extra heavy duty velcro straps to put on the awning when closed, just for peace of mind.

Second update: I took off the heavy duty velcro straps, and made two mods. First, I reinforced the whole awning following this guide from the Napa Awning Support Group. 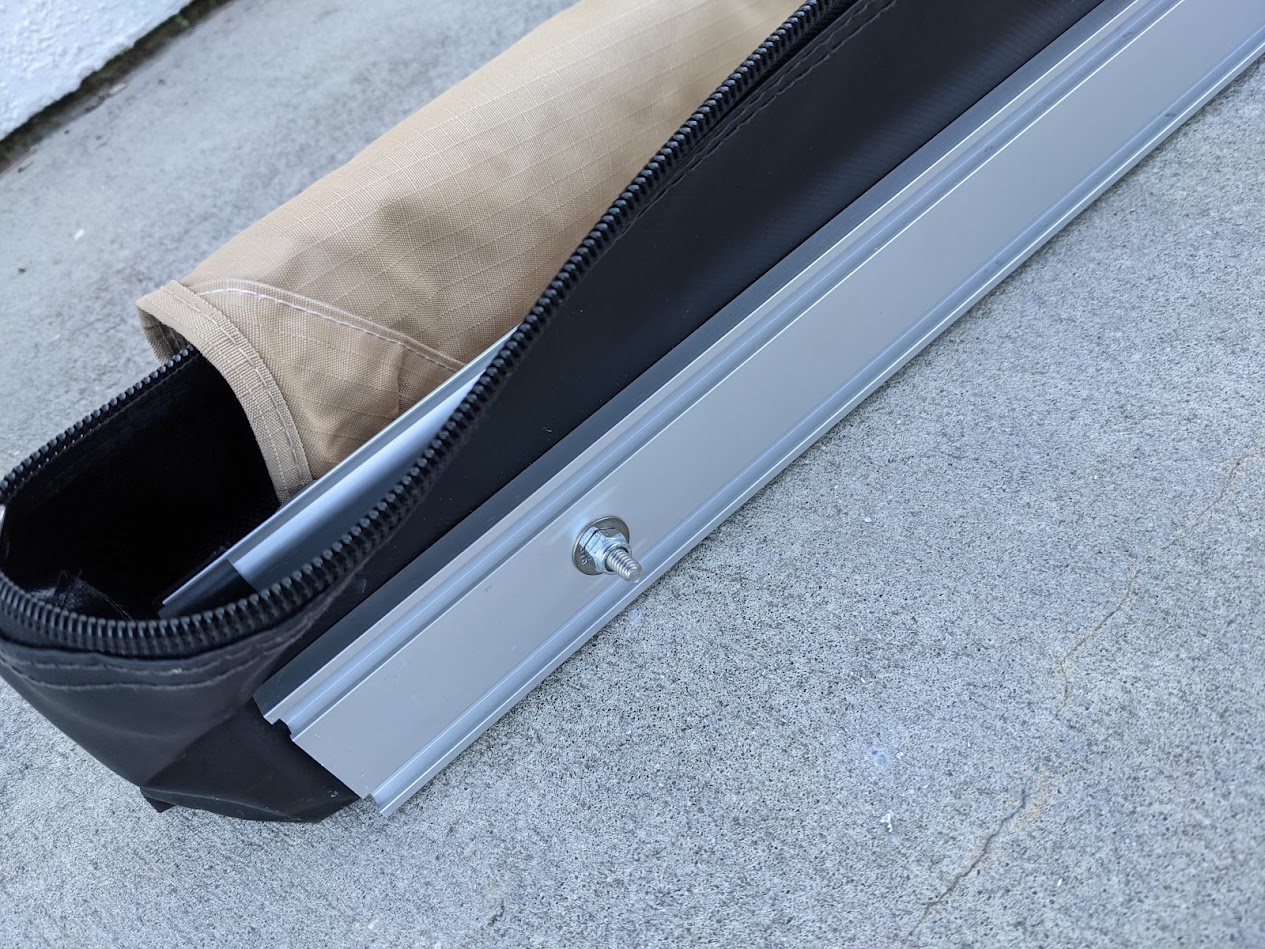 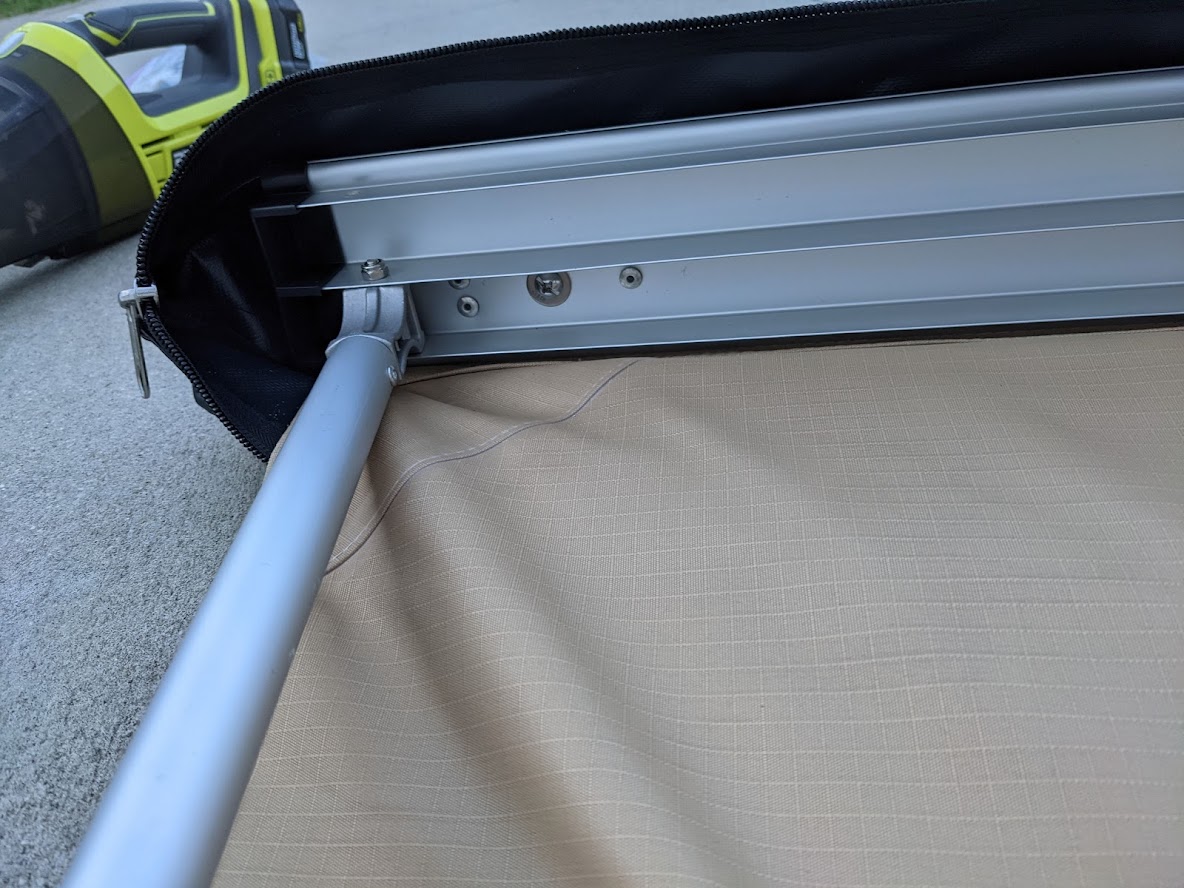 Second, I added some Ironman Quick Release Awning Brackets. These were on sale for 20% off, plus it will save me some MPG being able to take this on and off quickly. To install, I needed to purchase some M8 x 1.25 x 20mm bolts, along with some M-1.25mm nylon locking nuts. The 20mm length is VERY IMPORTANT, since the quick release for these brackets is a locking pin. The locking pin needs short bolts on your awning in order to fit properly. Trust me, I tried 25mm length bolts, which is what the Napa awning came with, and couldn’t get the locking pins on at all. And the Ironman brakcets ship with M6 head bolts, which are too small for the Napa awning (they will just spin in the channel). 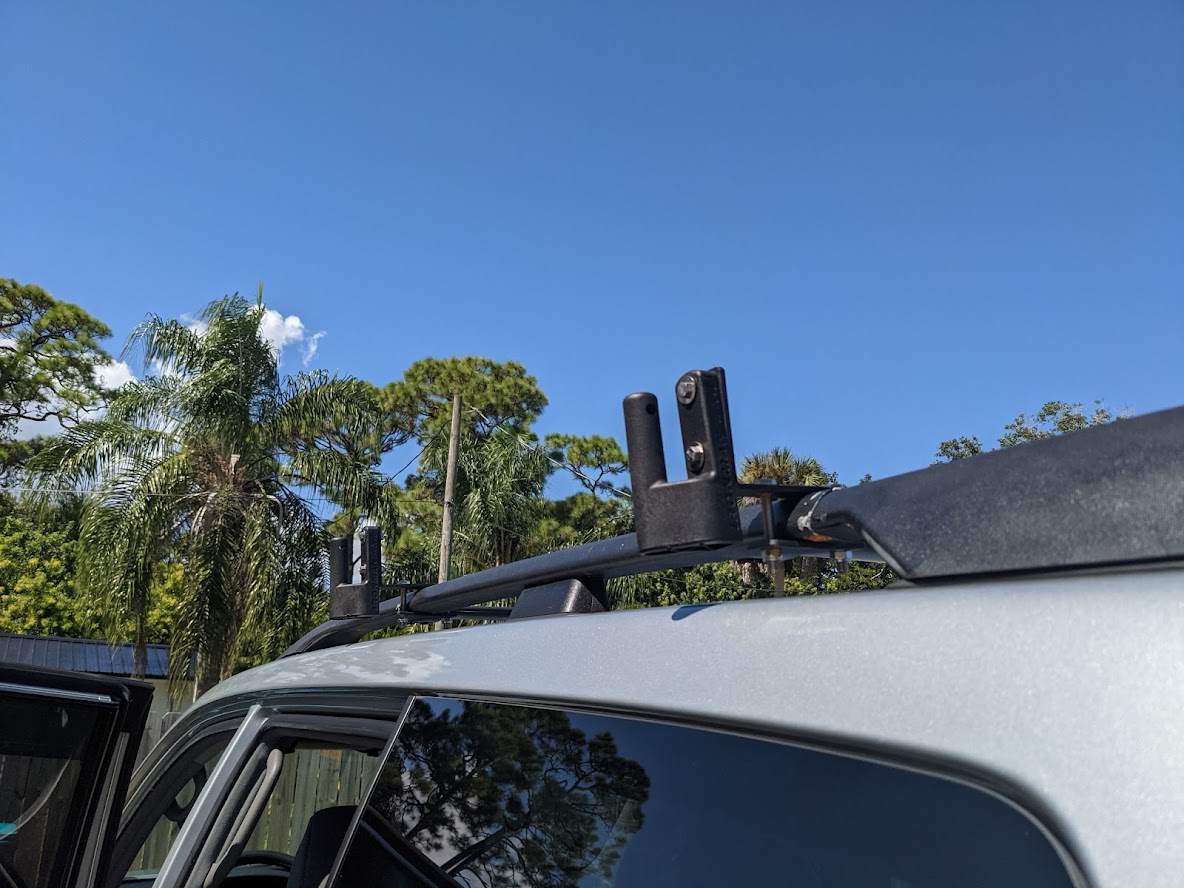 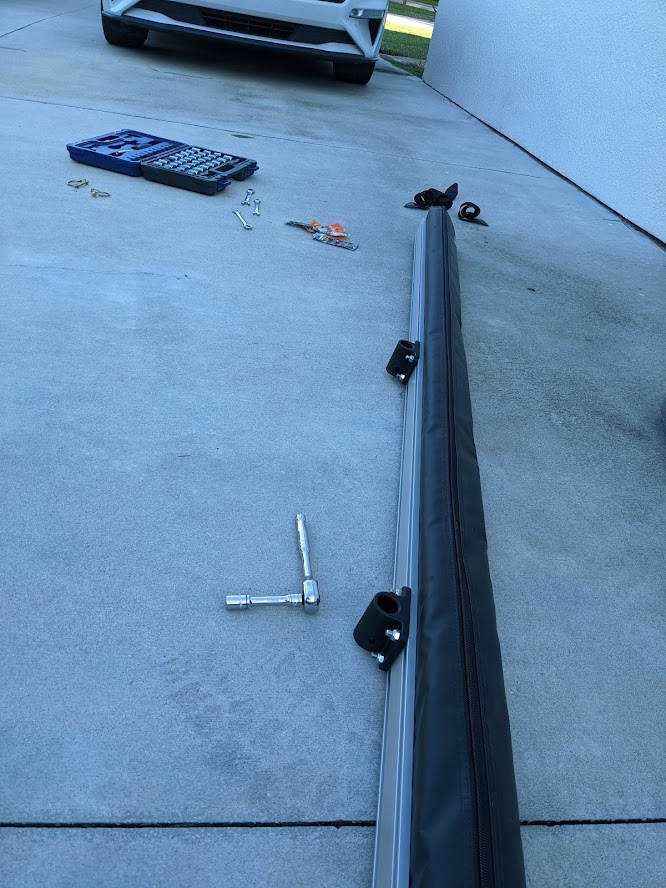