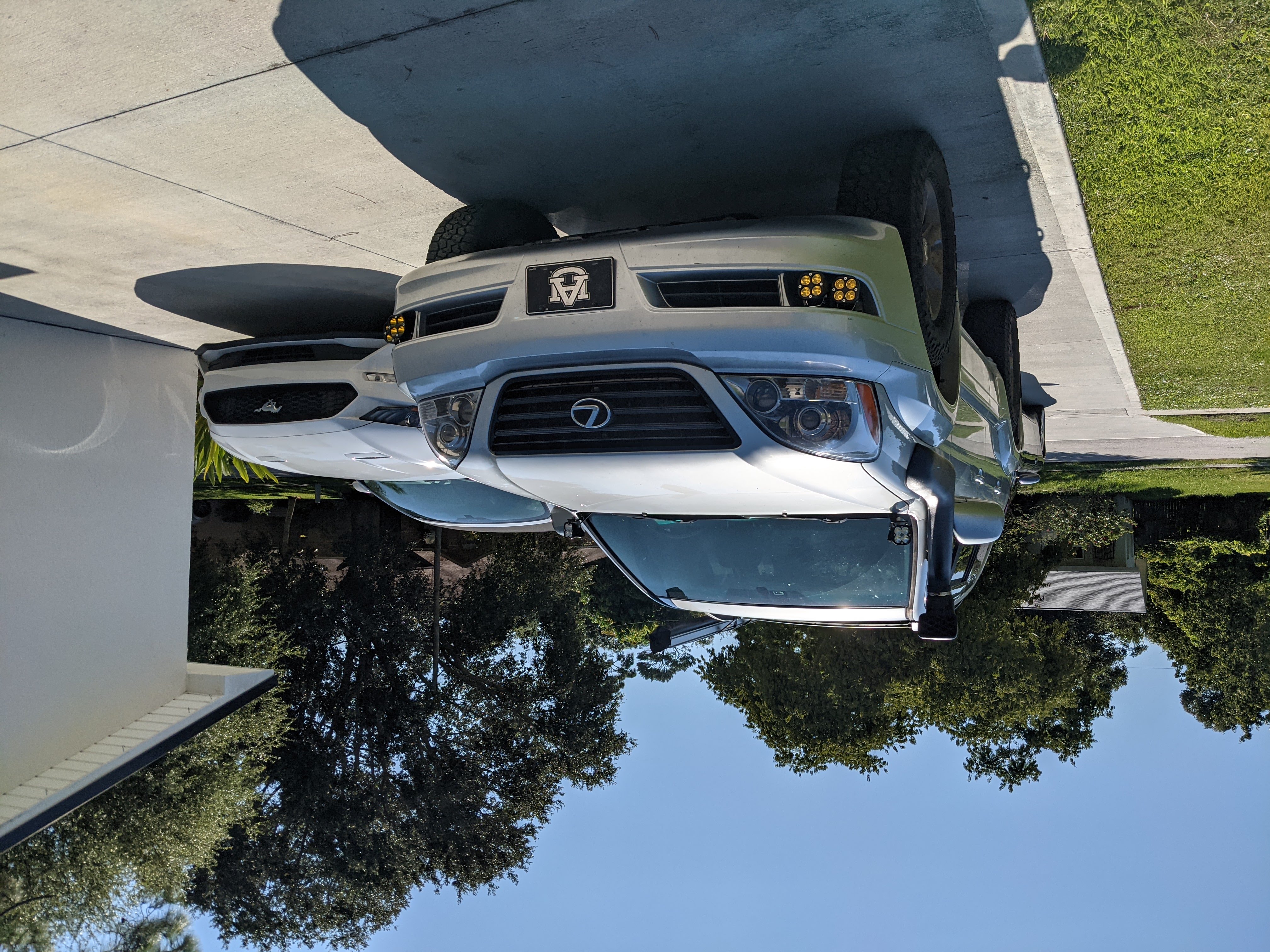 I did a major front end update on my GX470. I installed new Depo headlights, new low beam bulbs, and replaced the fog lights and their housings with 2 yellow LED pods per side. I also created a wiring harness, and repainted my stock grill. 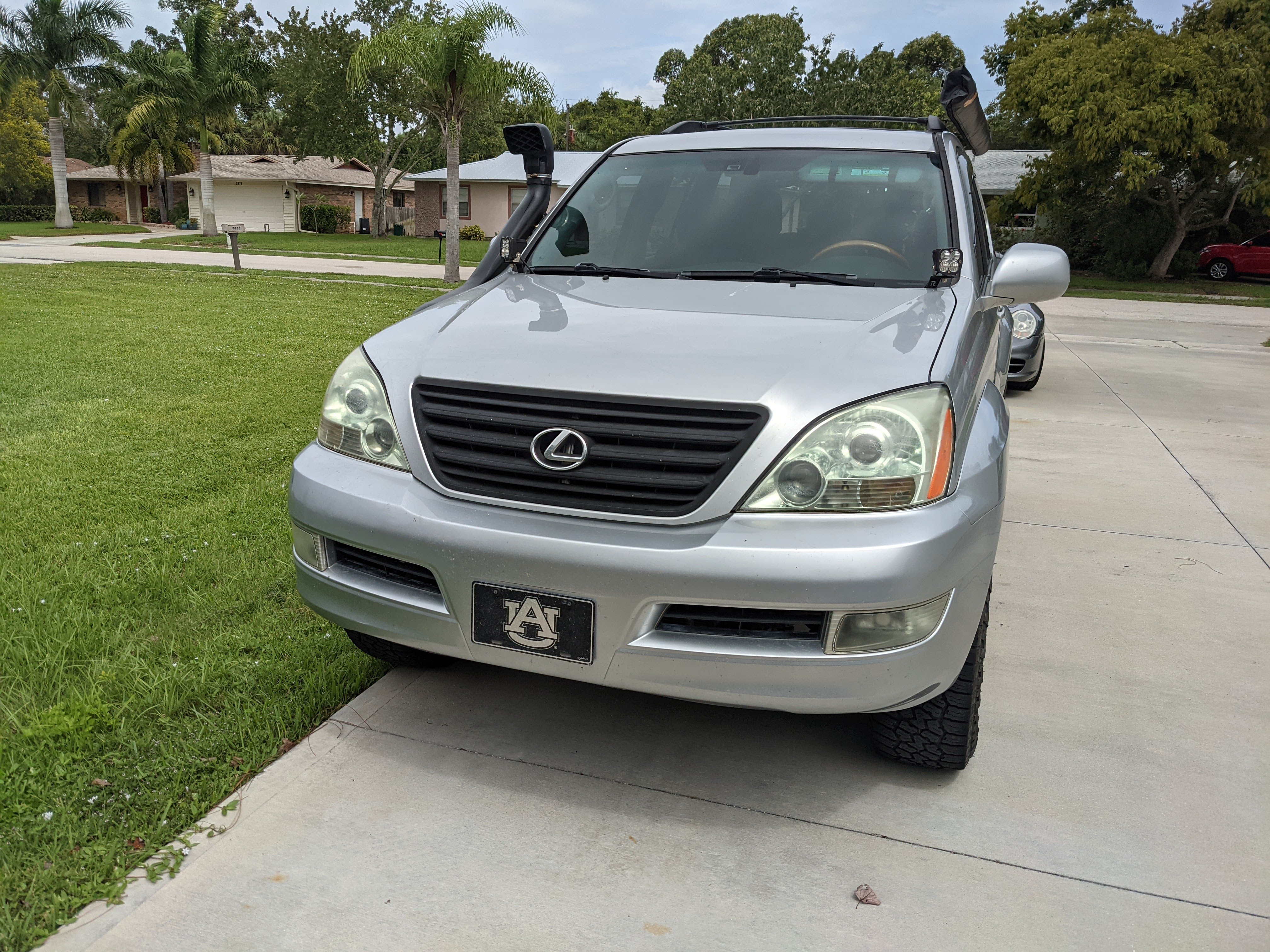 First off, I removed the front bumper. To do this, there’s a ton of 10mm and a few 12mm, and a few T30 bits to remove too. I have no idea if that’s what is supposed to be there, but that’s what on my GX. You’ll have to remove most of the front fender liner on both side, then the attachments to the skid plates as well.

A 10mm bolt holds on each fog light housing. Remove those, and disconnect the wiring harness. There are a few plastic tabs in the engine bay, so pop those out. The plastic behind the grill will come out. There are also a few hidden 10mm around behind the fender liners, which were the final ones to remove for me.

Now you can remove the bumper. Bring it to a work area to install the fog pods later. 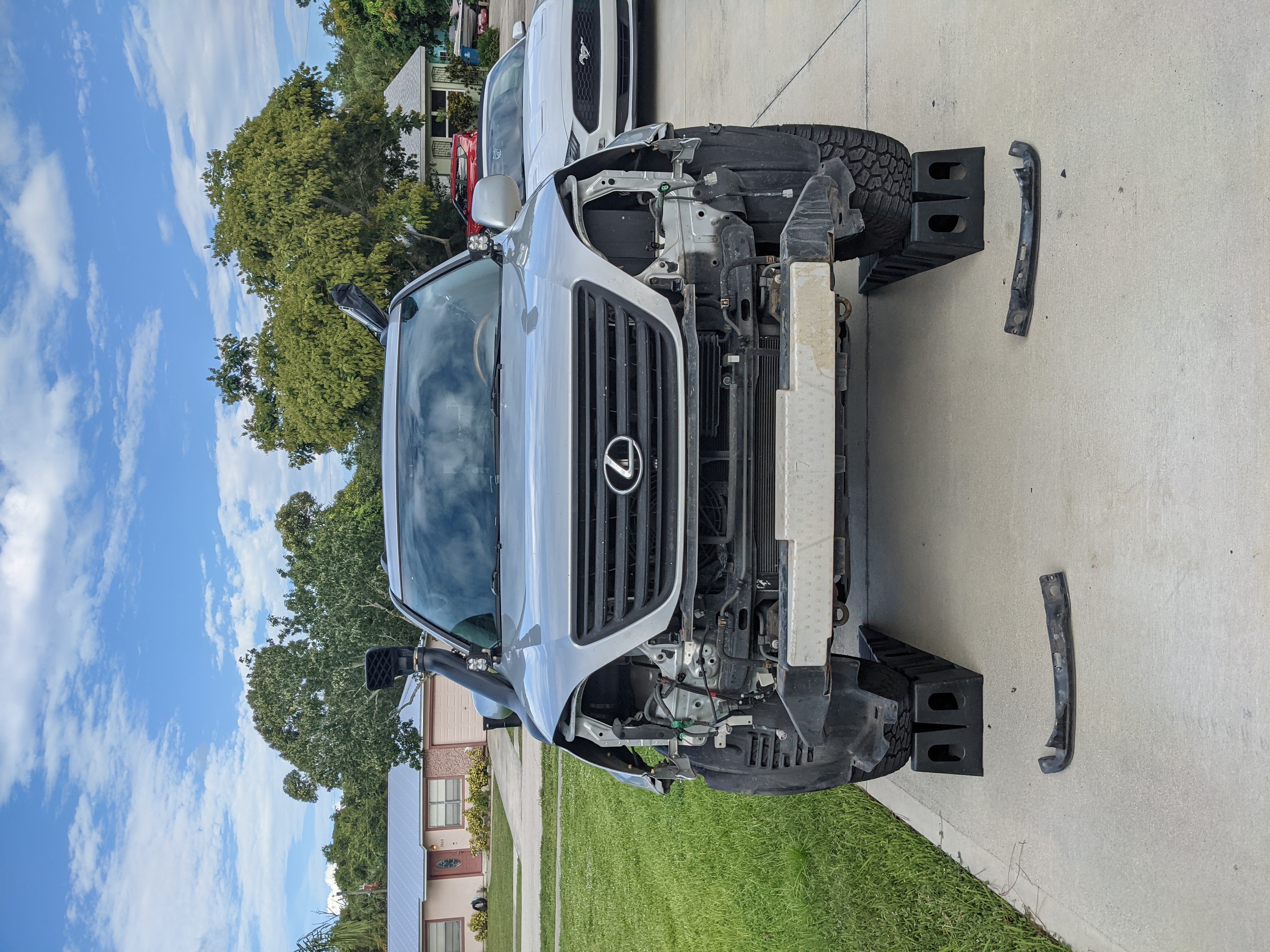 Next, you’ll want to remove your headlights. There is a plastic clip in the engine bay to pop off, with a 10mm under it. There is a metal bar under each headlight you will have to remove, with a 10mm in the center and 2x 10mm on the sides. Once that metal piece is removed, you can remove the headlight. Unhook the multiple wiring harnesses as you pull it apart. 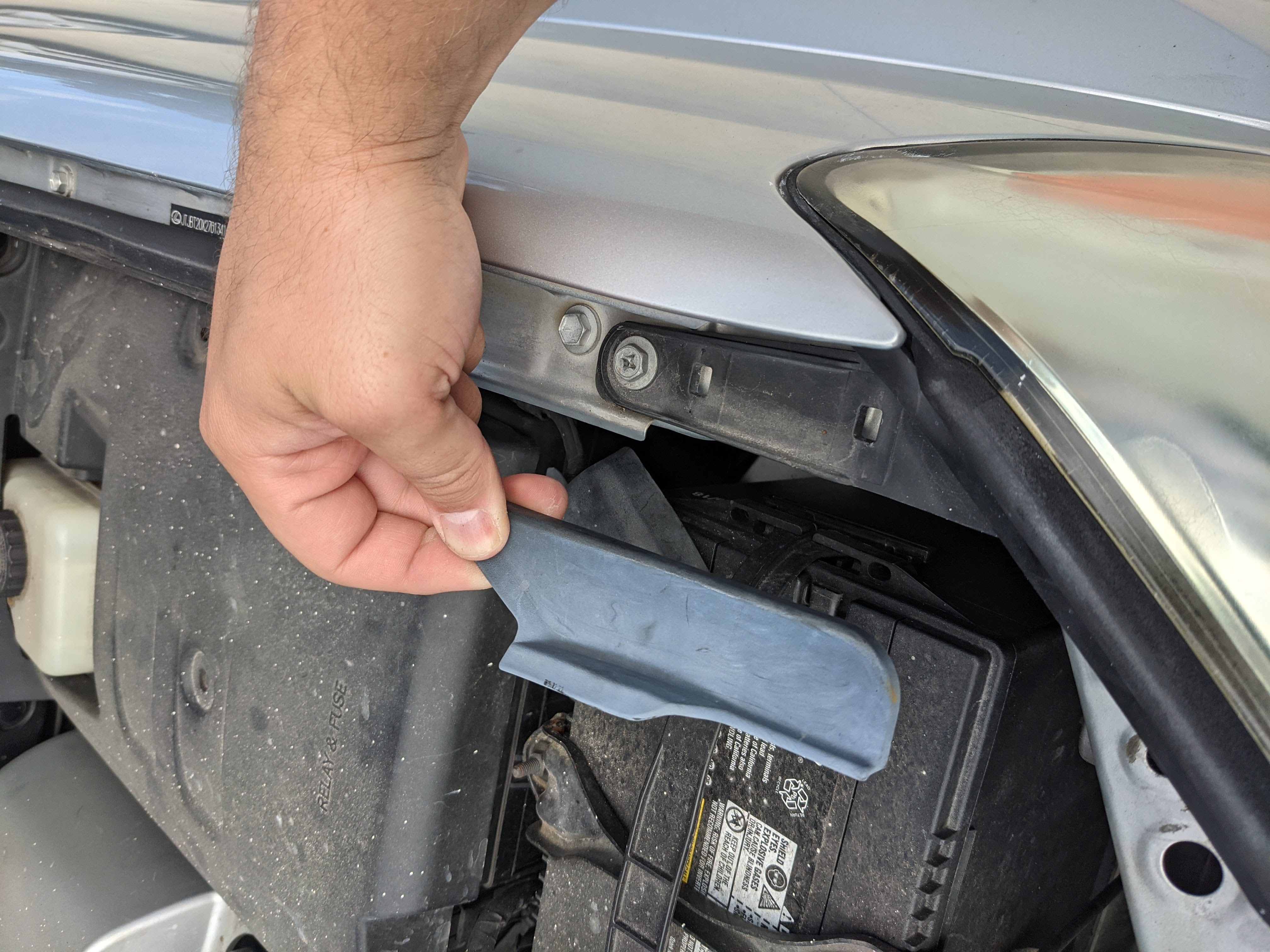 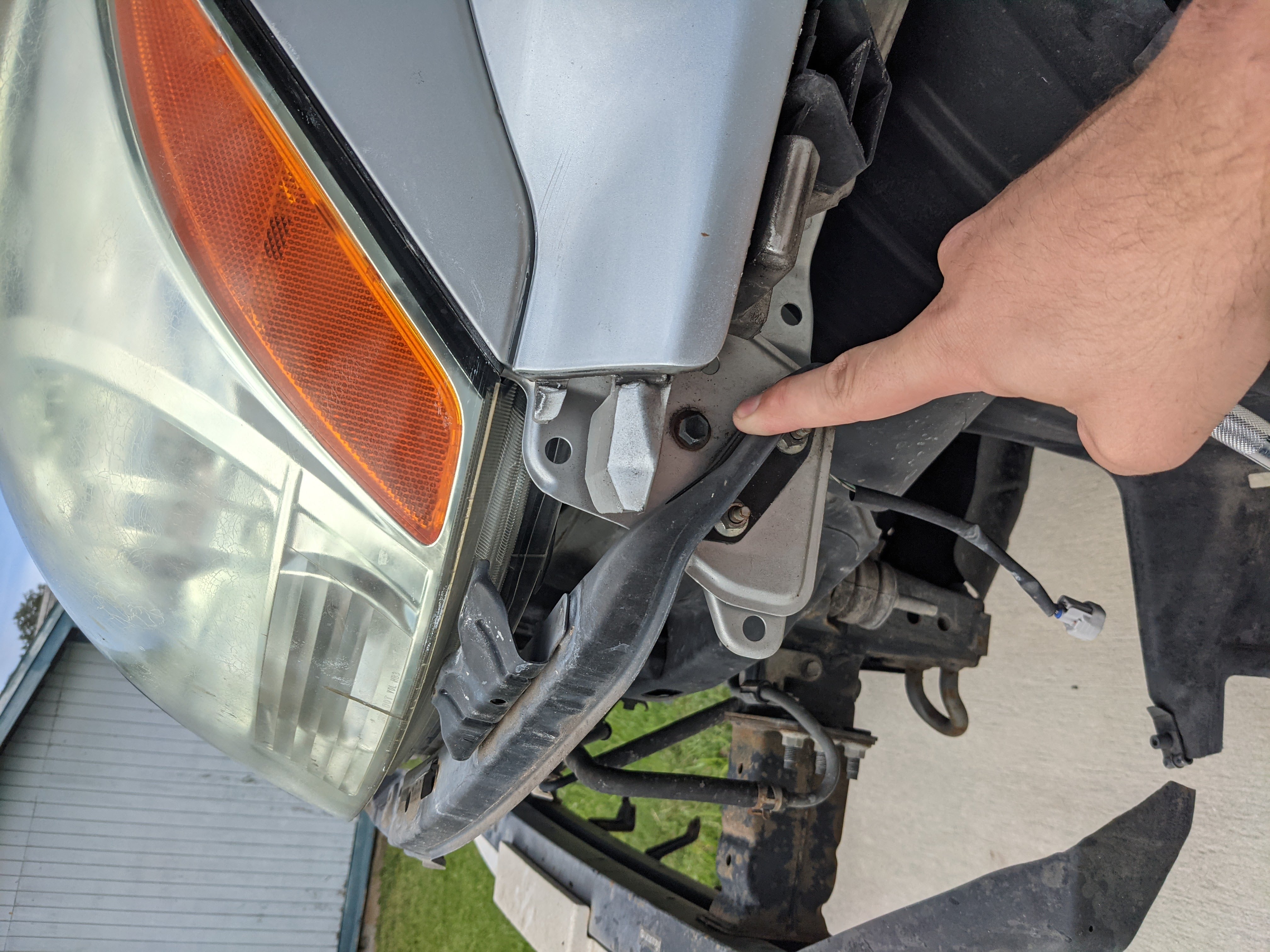 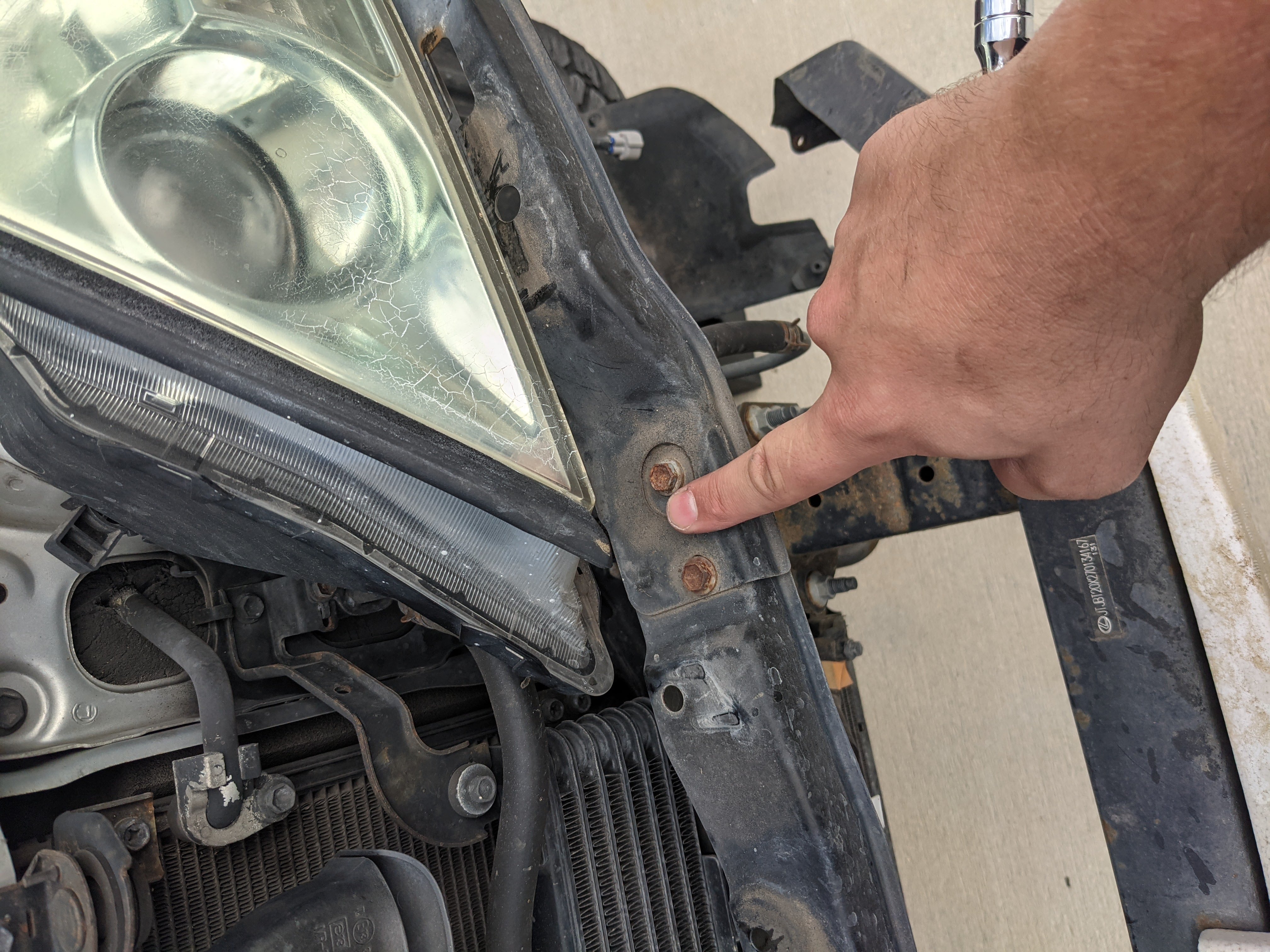 My OEM headlights have yellowed beyond saving, and I’ve sanded and clear coated them 3x in my ownership already. So I decided to splurge on some new Depo headlights! 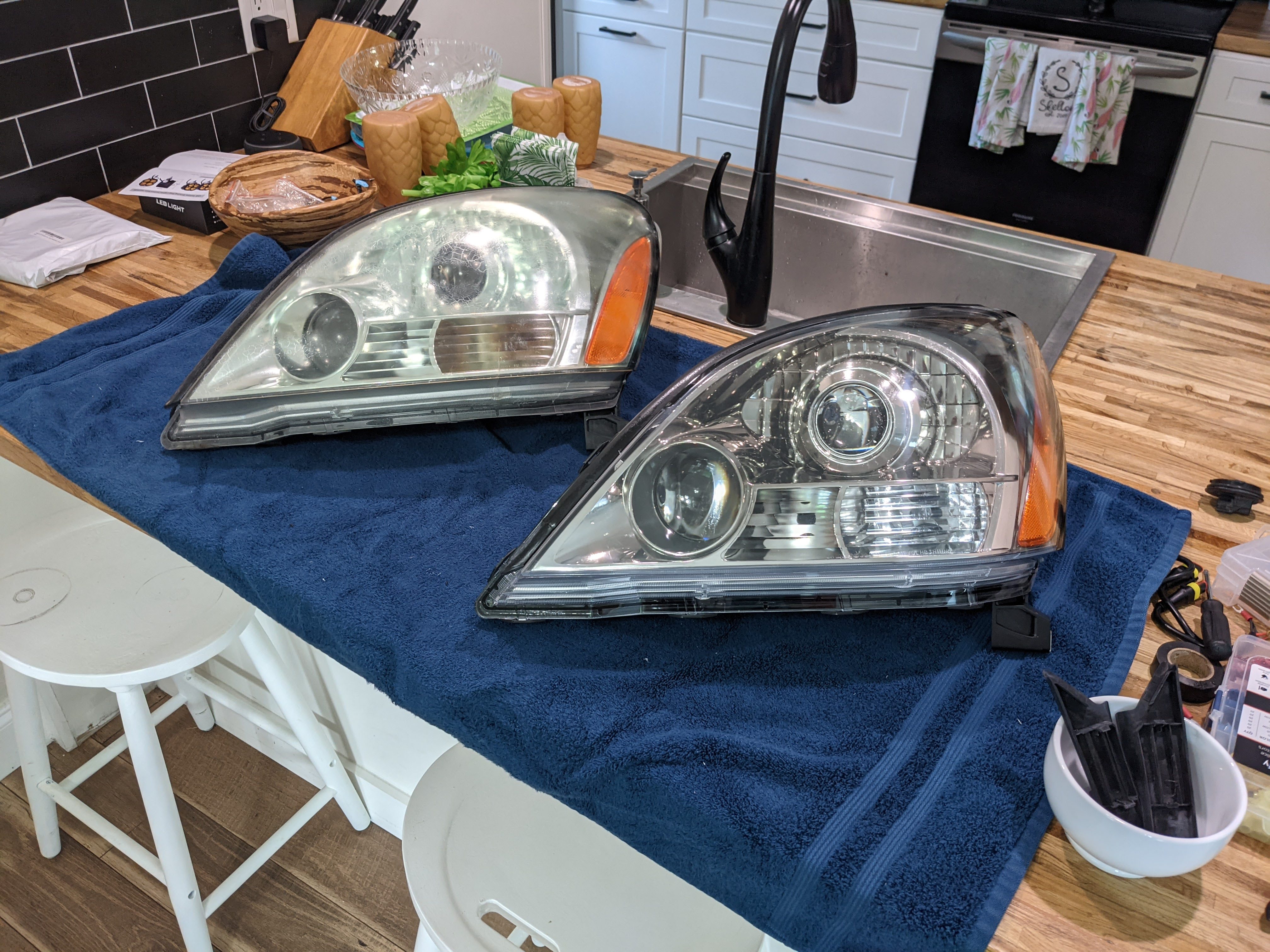 On the Depo branded headlights, I’ve read stories about them becoming not watertight after a few years. As a prevention to that, I added a new line of butyl rope around each headlight housing, between where the clear plastic meets the black plastic. Butyl rope is used as a sealant between these two, and adding an extra layer helps me sleep better at night.

I also used 3M Headlight Clear Coat on each headlight before I installed it, so that they can withstand UV a bit better, and prevent yellowing. If you use these wipes, make sure you wait a long time between coats - I waited the recommended 15 minutes, but I wish I waited an hour or more. The second coat wiped off some of the initial coat, so it wasn’t perfect.

The Depo headlights require you to move the small wiring harness for your DRLs and turn signal bulbs over to the new housing, from your stock wiring. That’s just a single Phillips head screw, and remount it in the same way, Left for Left, Right for Right. Right? 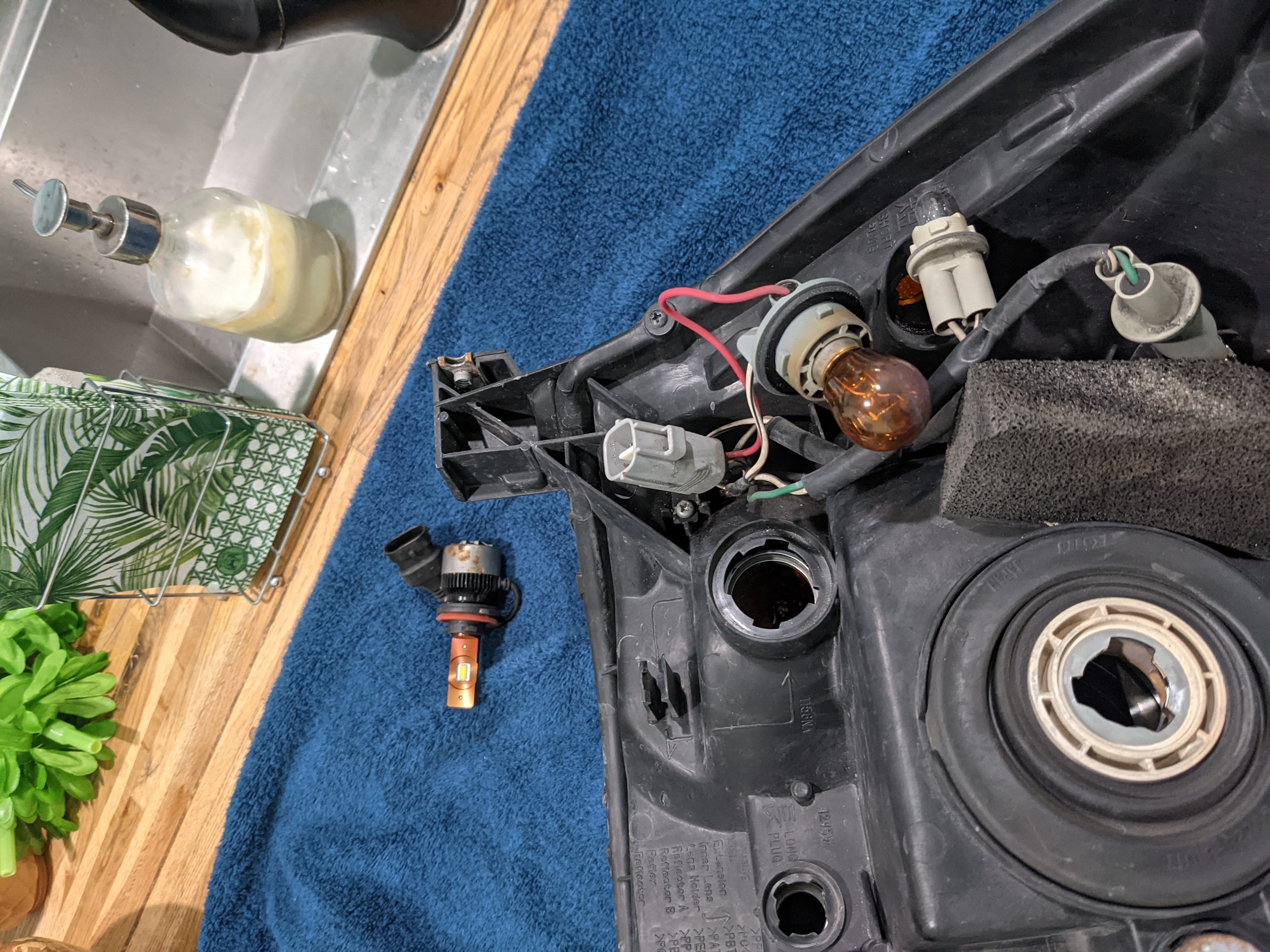 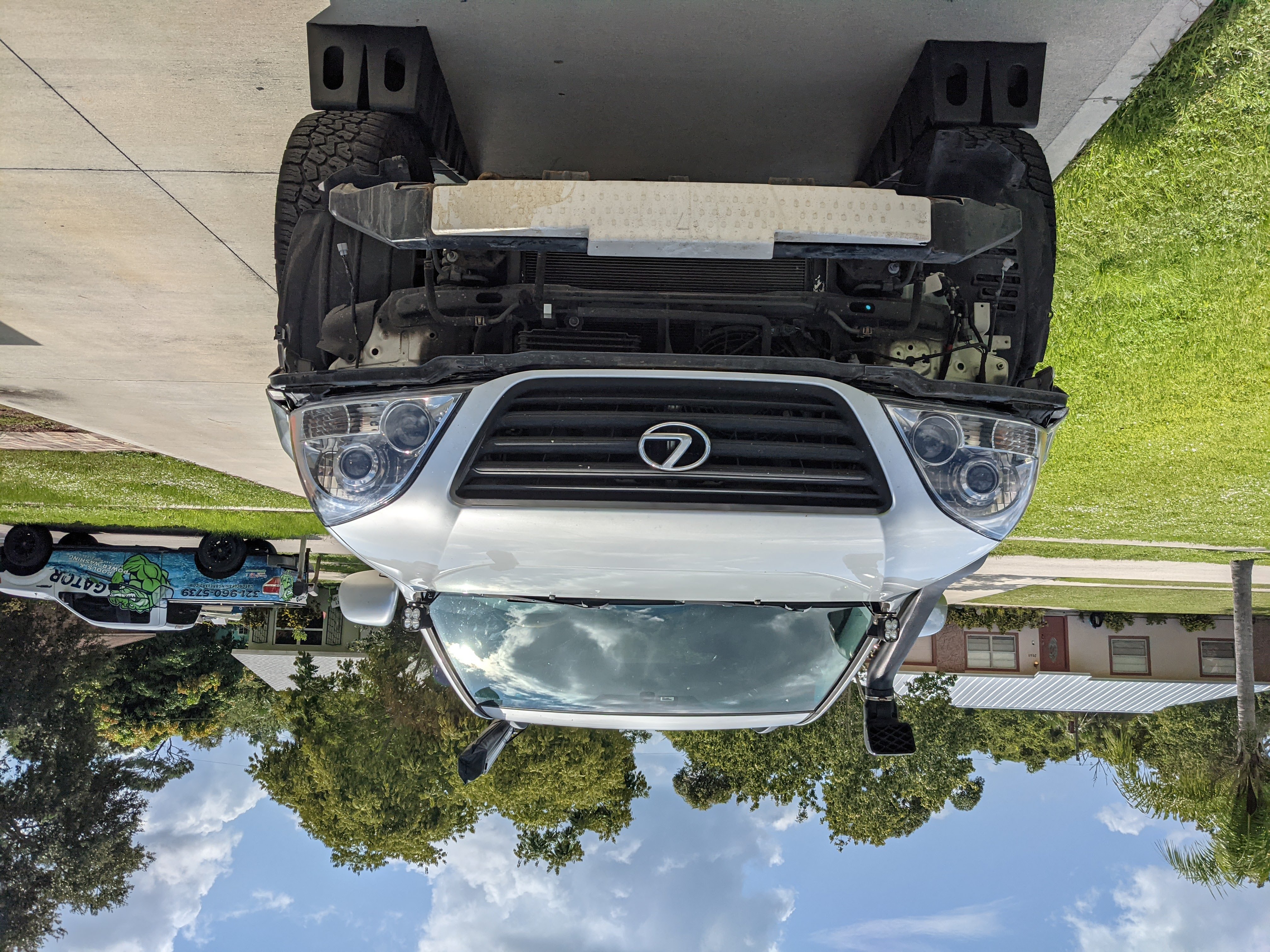 This was a fun one! My old fog lights had a bulb burn out, so I used that opportunity to do a big upgrade. I removed the old fog housing completely, and installed 2x Yellow LED Fog pods) in each side. I drilled a hole in the bumper to mount them from the top. For wiring, I re-used the existing wiring from the fog lights, and wired in the connectors for the new pods into that. 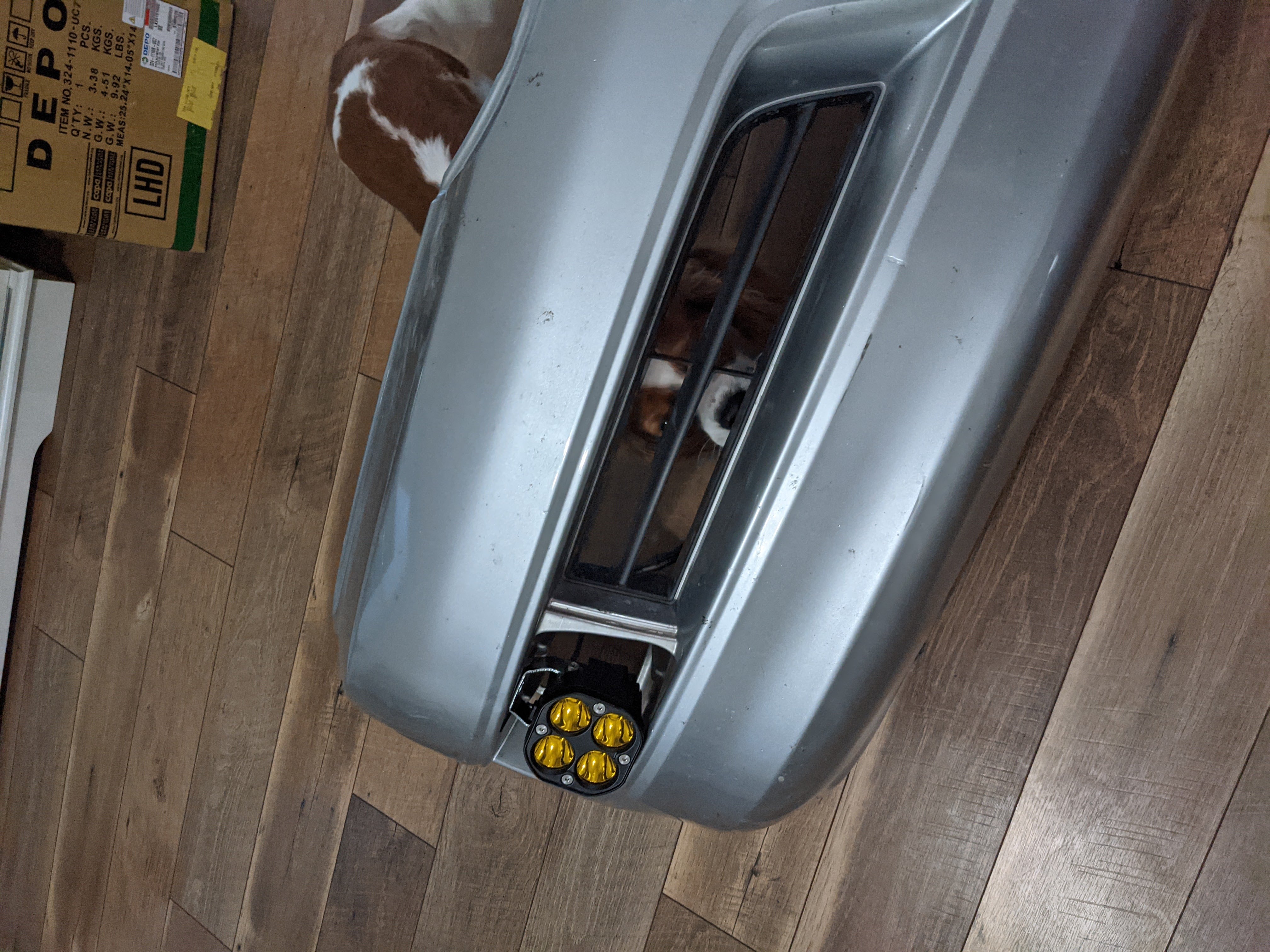 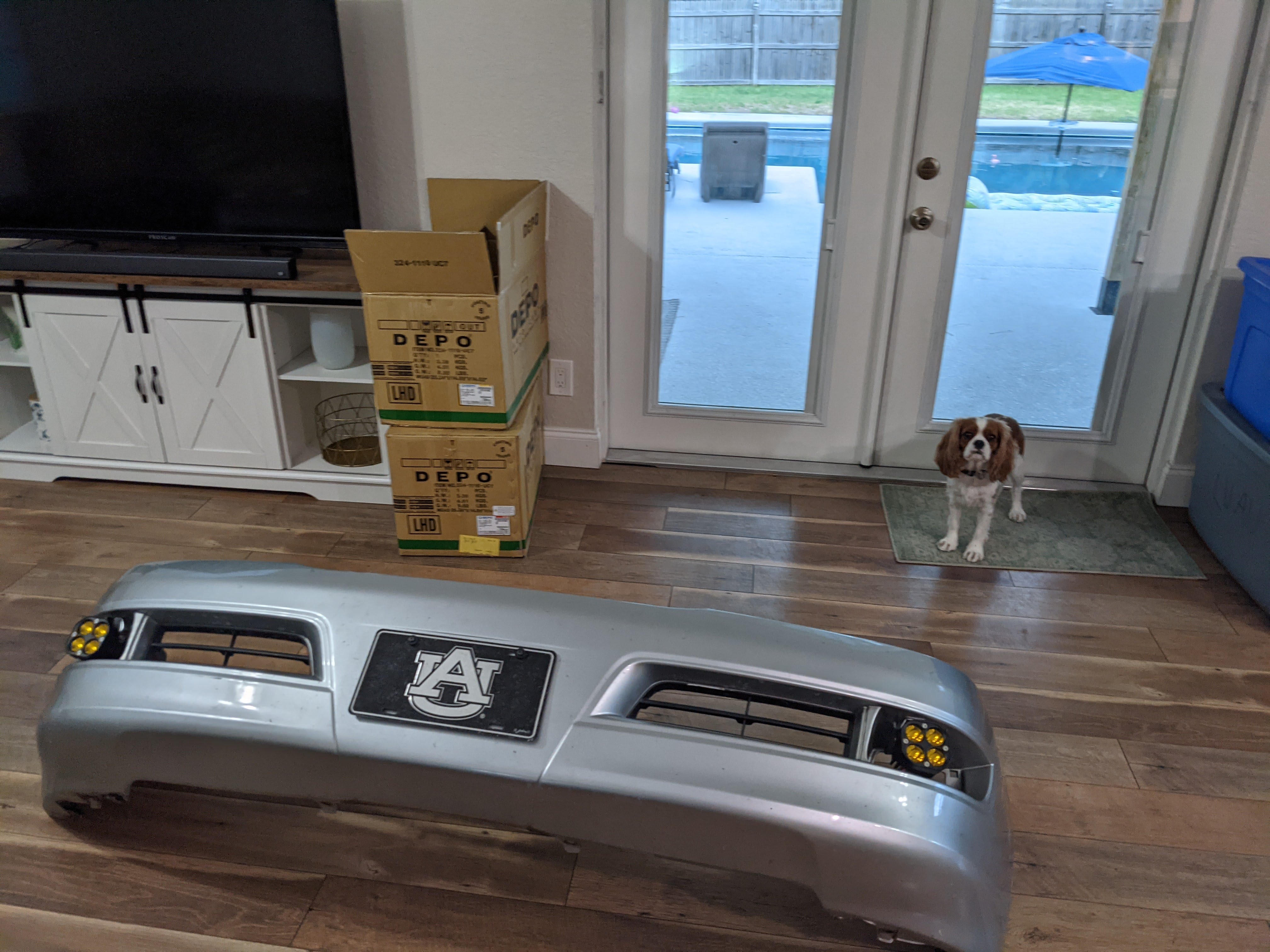 This involved splicing the power (red) of the 2 lights on each side to the power from the old fog connector. The ground (black), I spliced the 2 wires into a spade connector. I then soldered each of them, and installed them into the old connector. I used SteelStik to create a seal and make them water-tight. 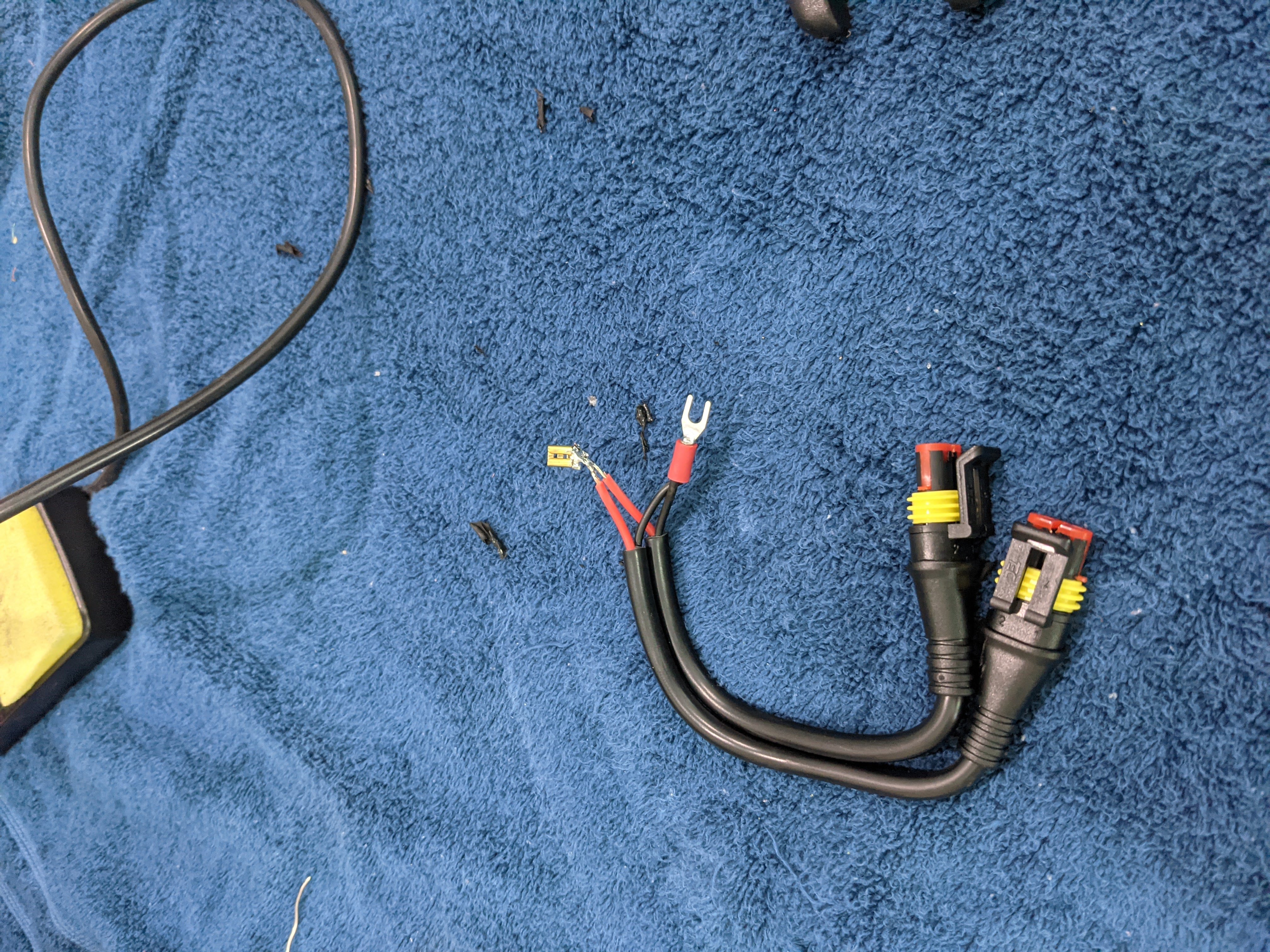 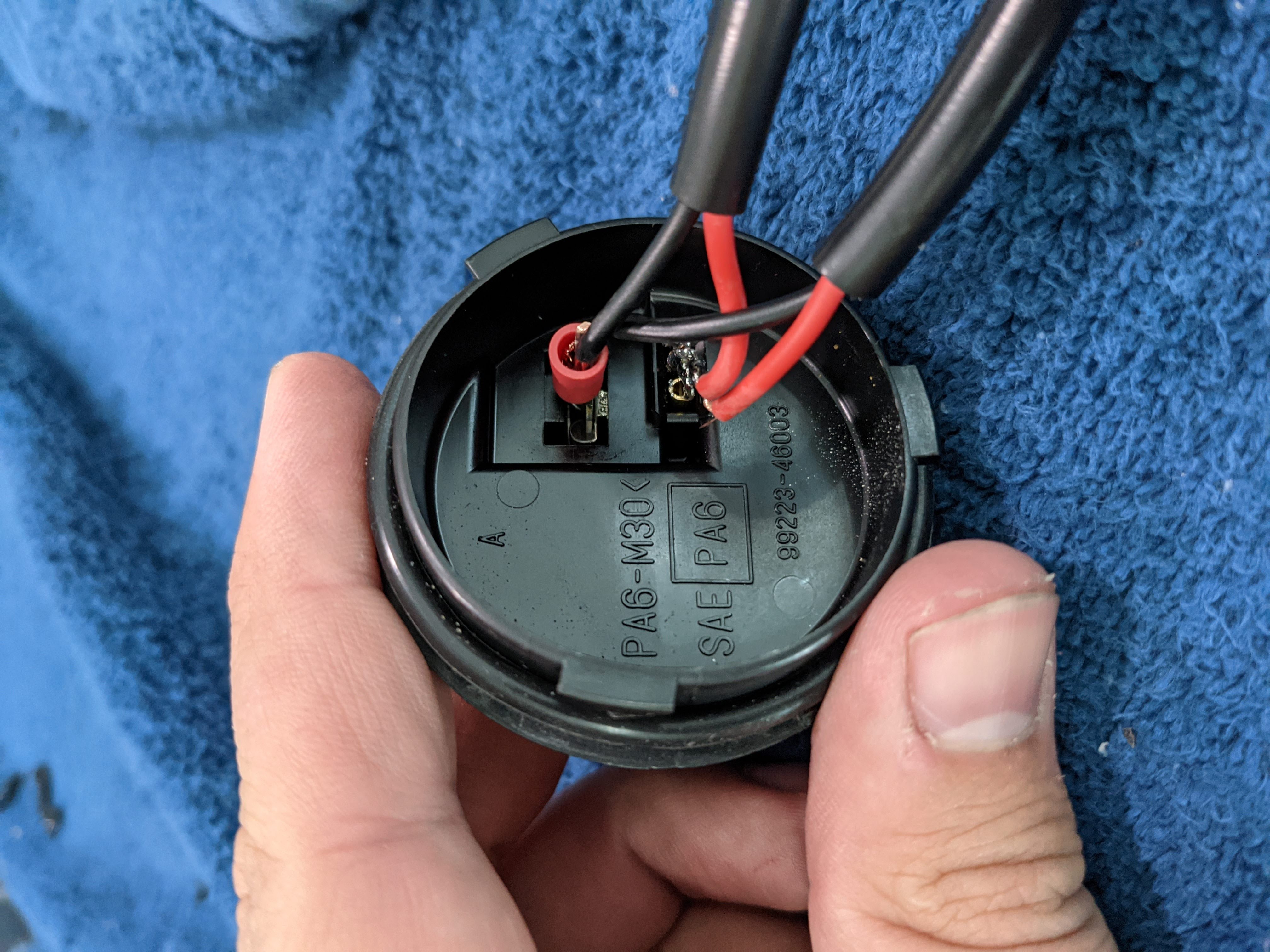 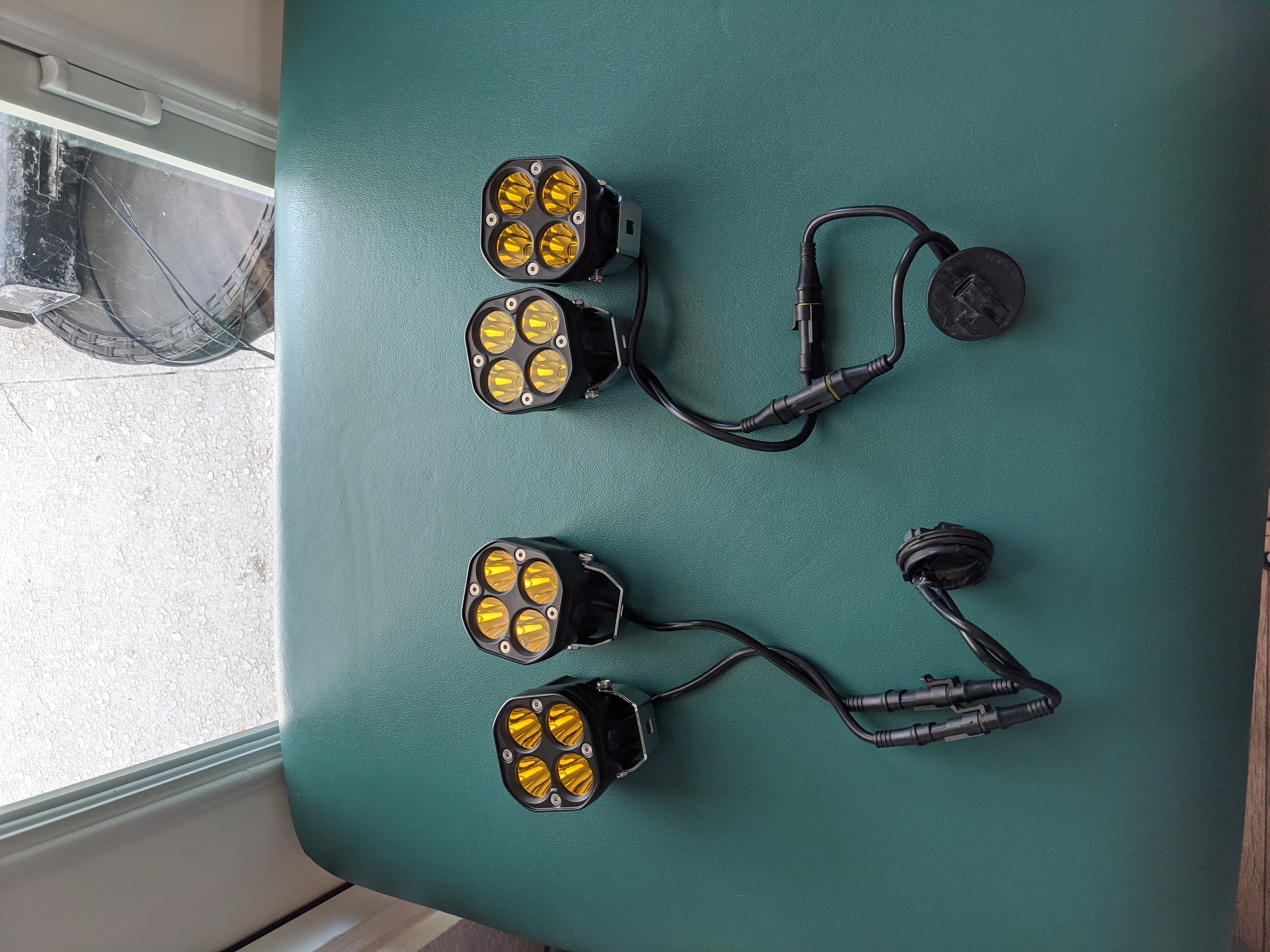 This makes installing them in the bumper super easy! You just attach the connector from the Fog pods, to their connector, to the stock connector. You can mount the LEDs on the bumper while removed, then install the bumper back on your GX, then hook up the wiring.

By default, your fogs will only come on while your headlights are on, or you can do a simple mod like this to run the fogs independently. I did this mod, it took only about 10 minutes since I already had the parts and my soldering gun was still out.

First, remove the fog relay (under the engine bay, right fuse box), and bend this tab up. 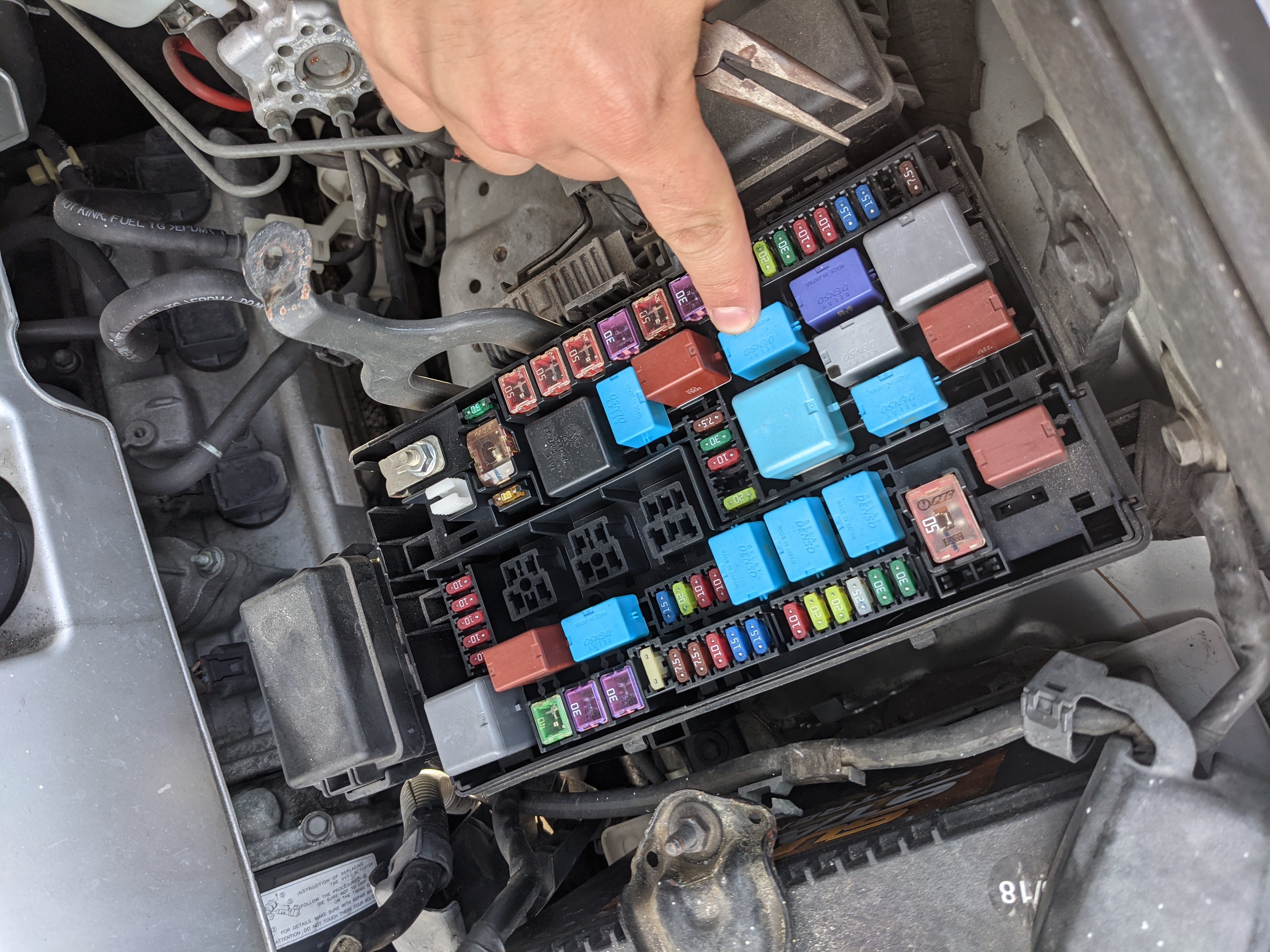 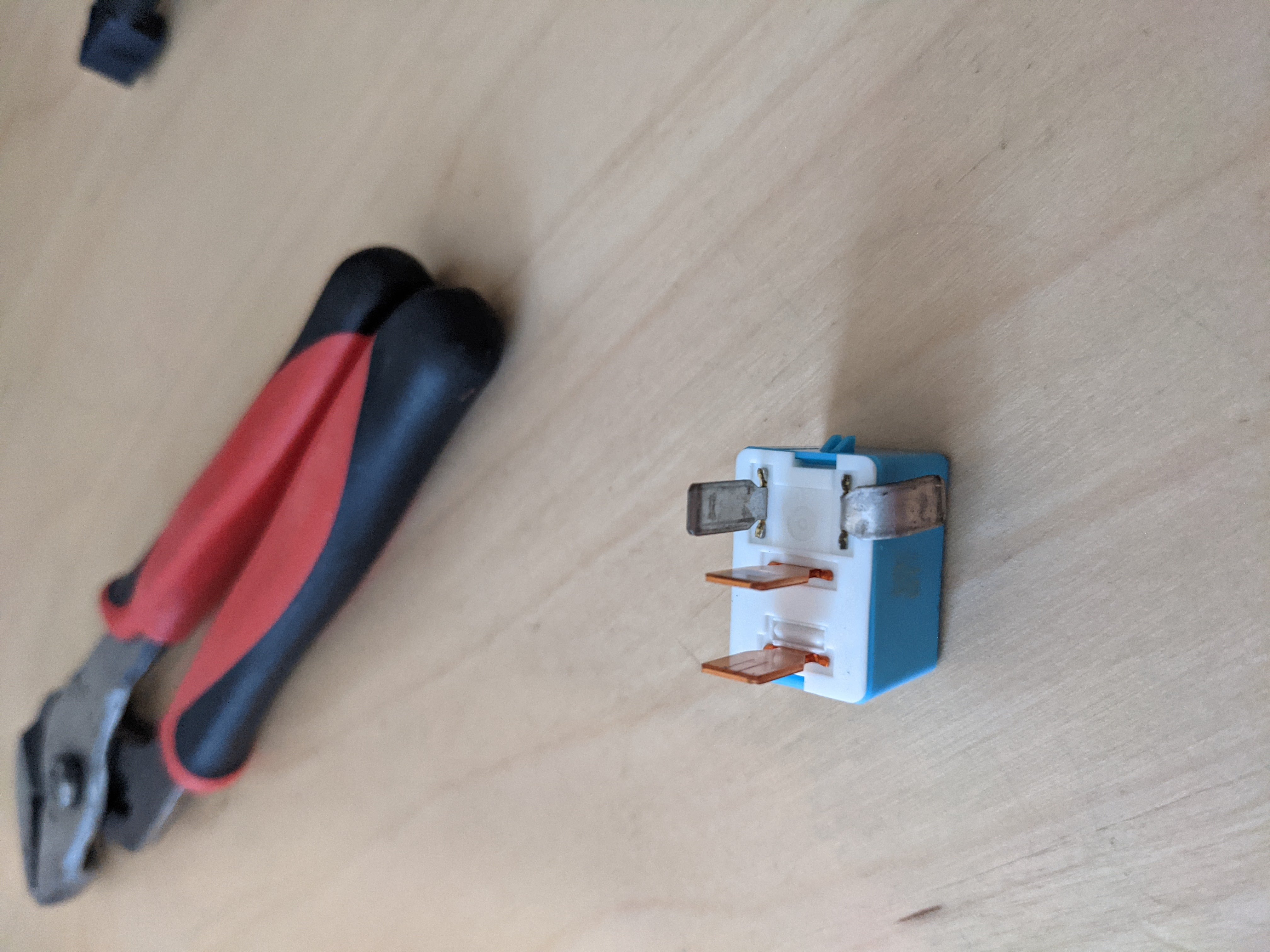 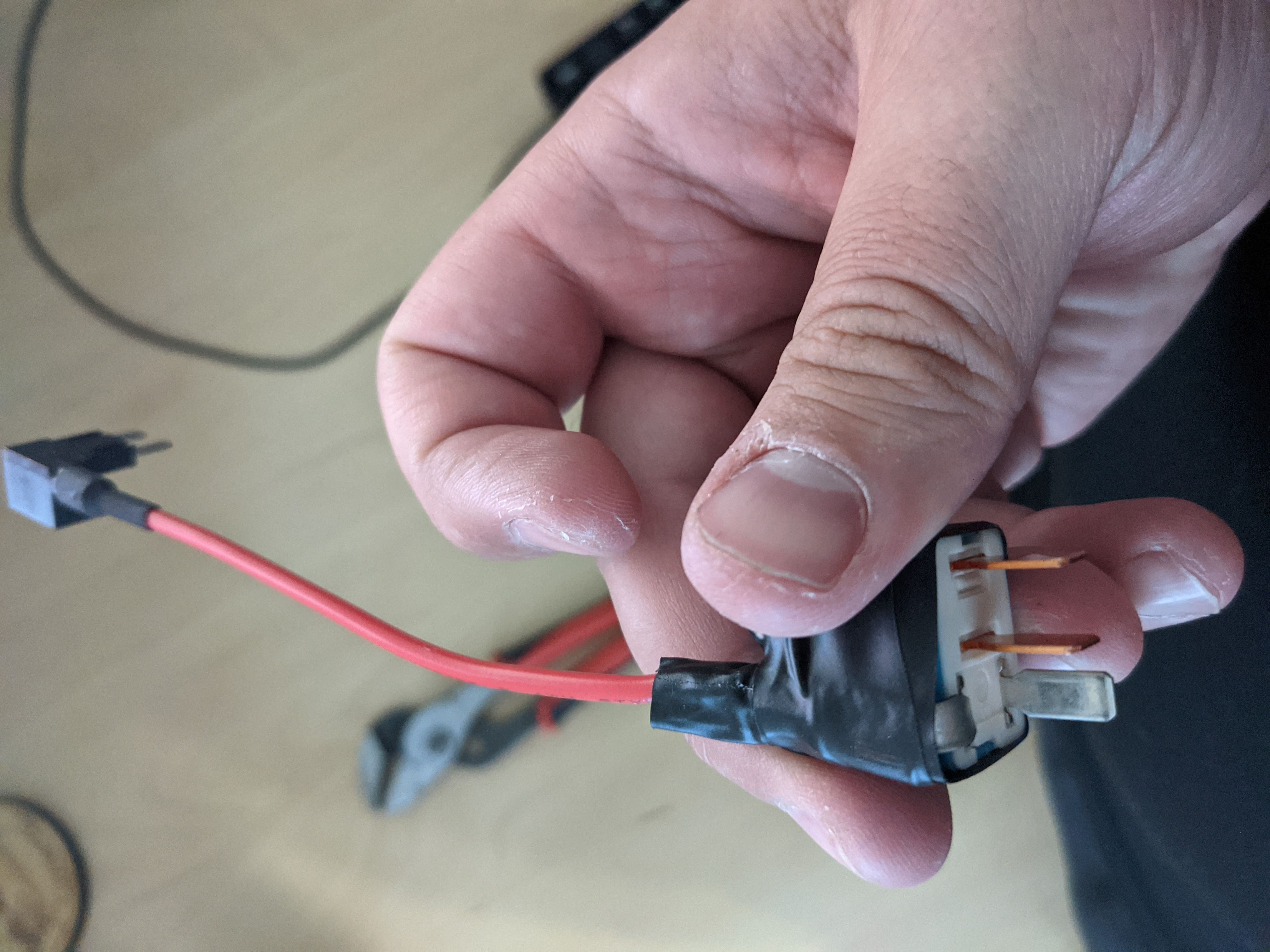 Remove the 20A fuse from the heated seats fuse location in the same fuse box. Put that 20A in the upper fuse location of the tap, and a new 5A fuse in the bottom location, shown below. 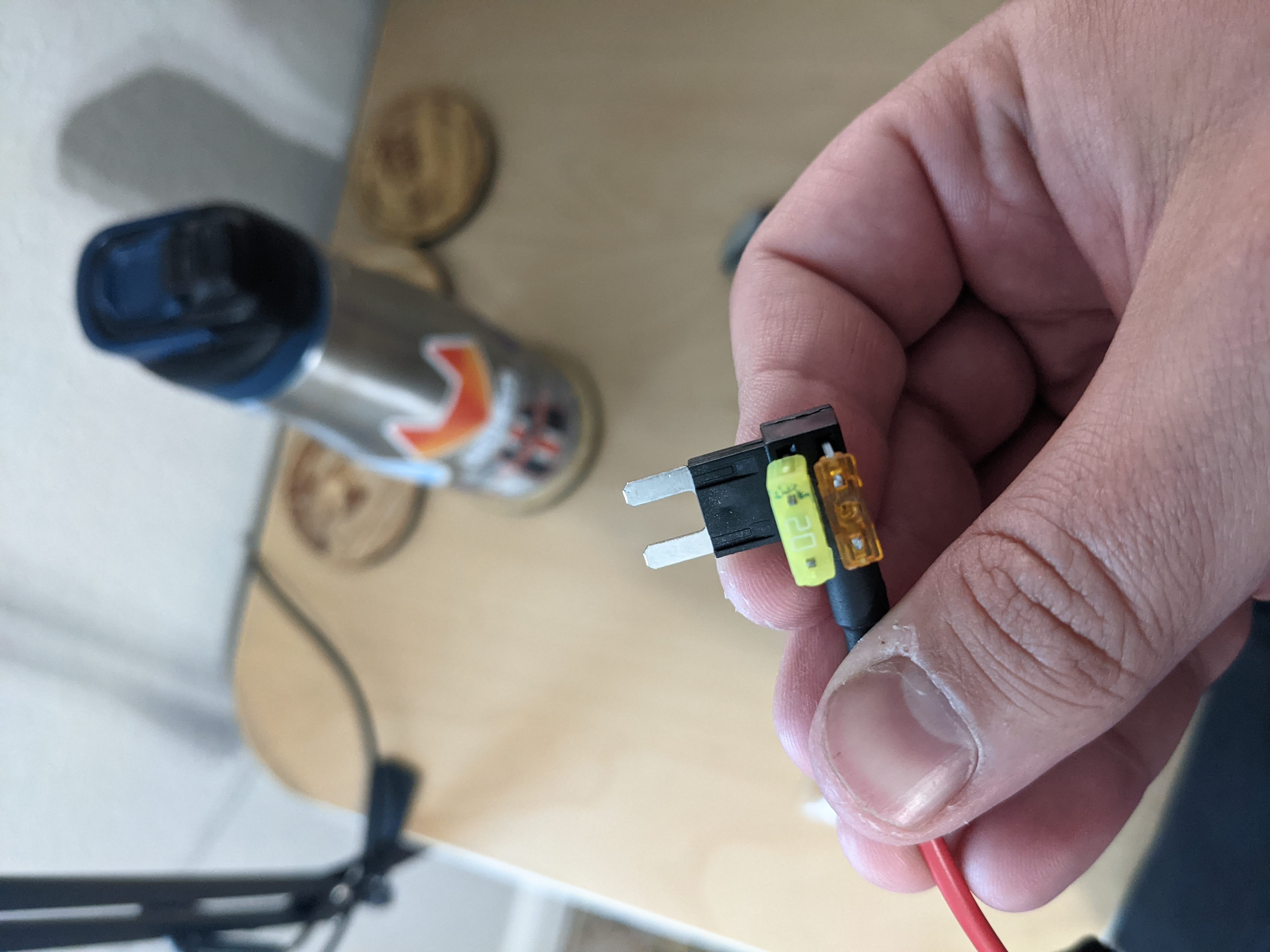 Now your fog lights will work independently of your low beams!

Low beams on, fogs on 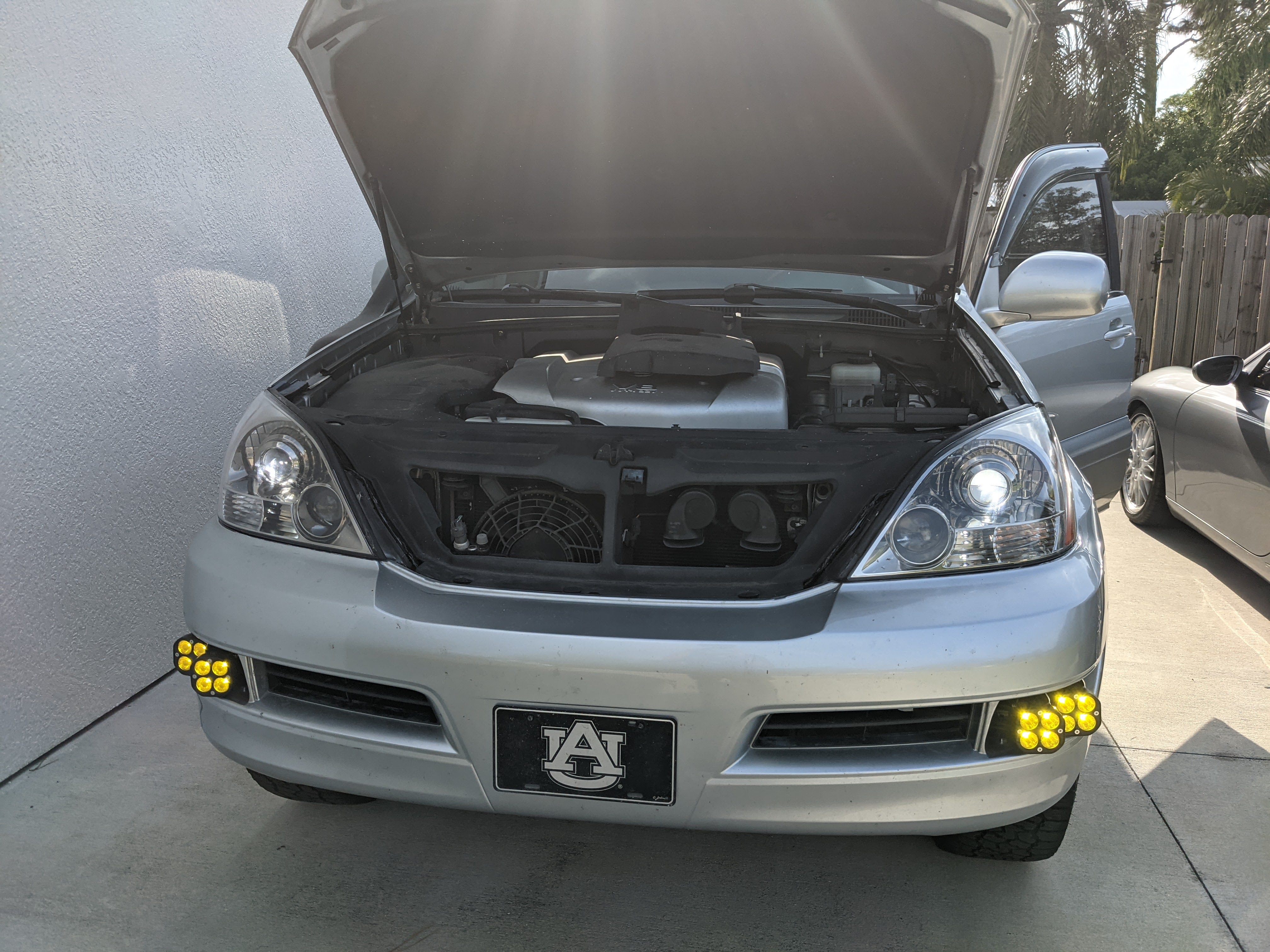 Low beams off, fogs on (this is a new feature because of this mod) 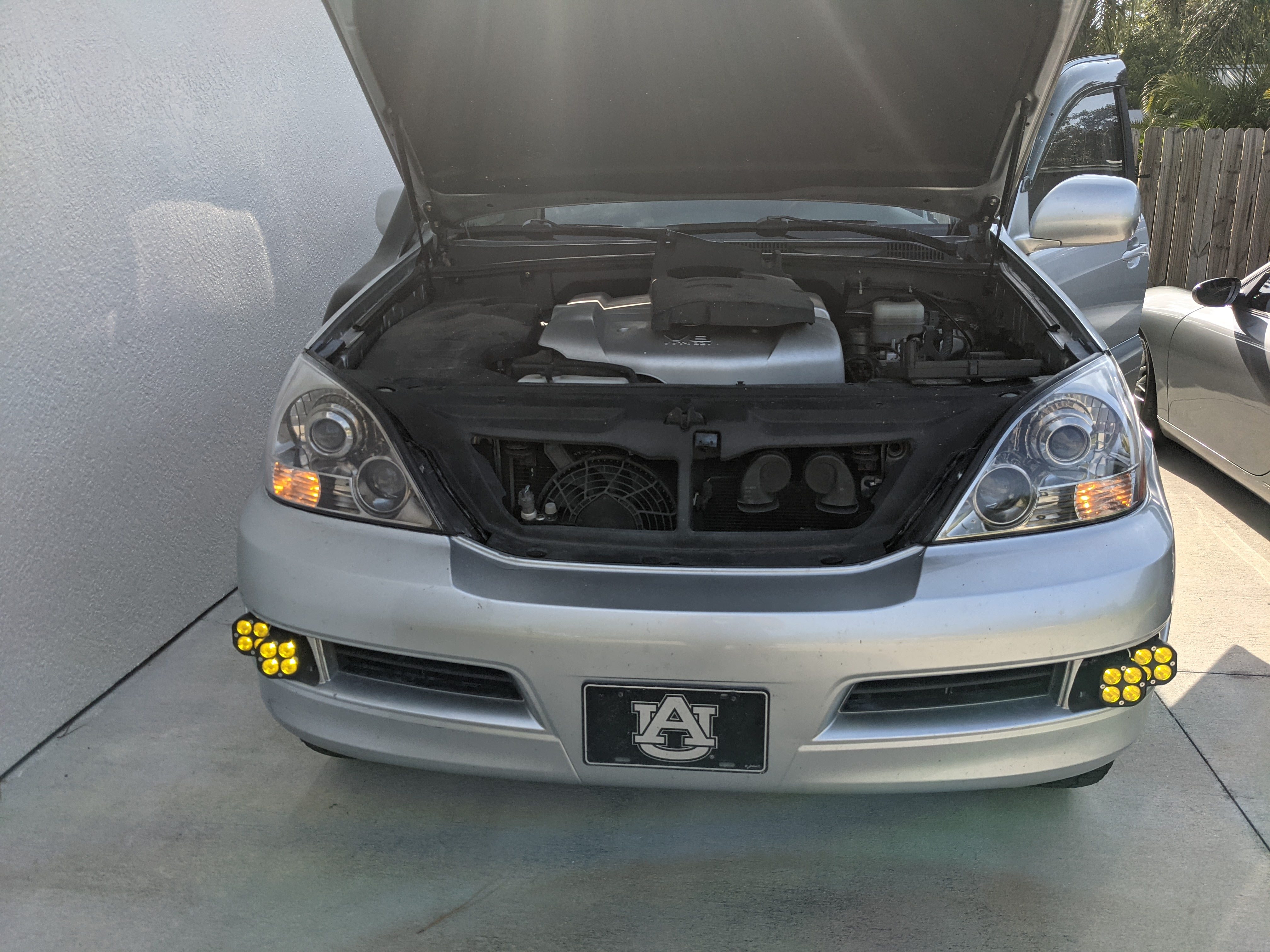 I also re-painted my grill. I had plastidipped it almost 3 years ago, and it was starting to peel and have a few holes in it. I sprayed it with WD40 and pressure washed it to get the plastidip off… I don’t think I’d recommend that. I broke a few tabs on the mounting area, and the clear coat came off some too. The final finish with some black spray isn’t great. I’ll take this off in a few months and hit it with some textured black truck bed liner, that always hides any imperfections. 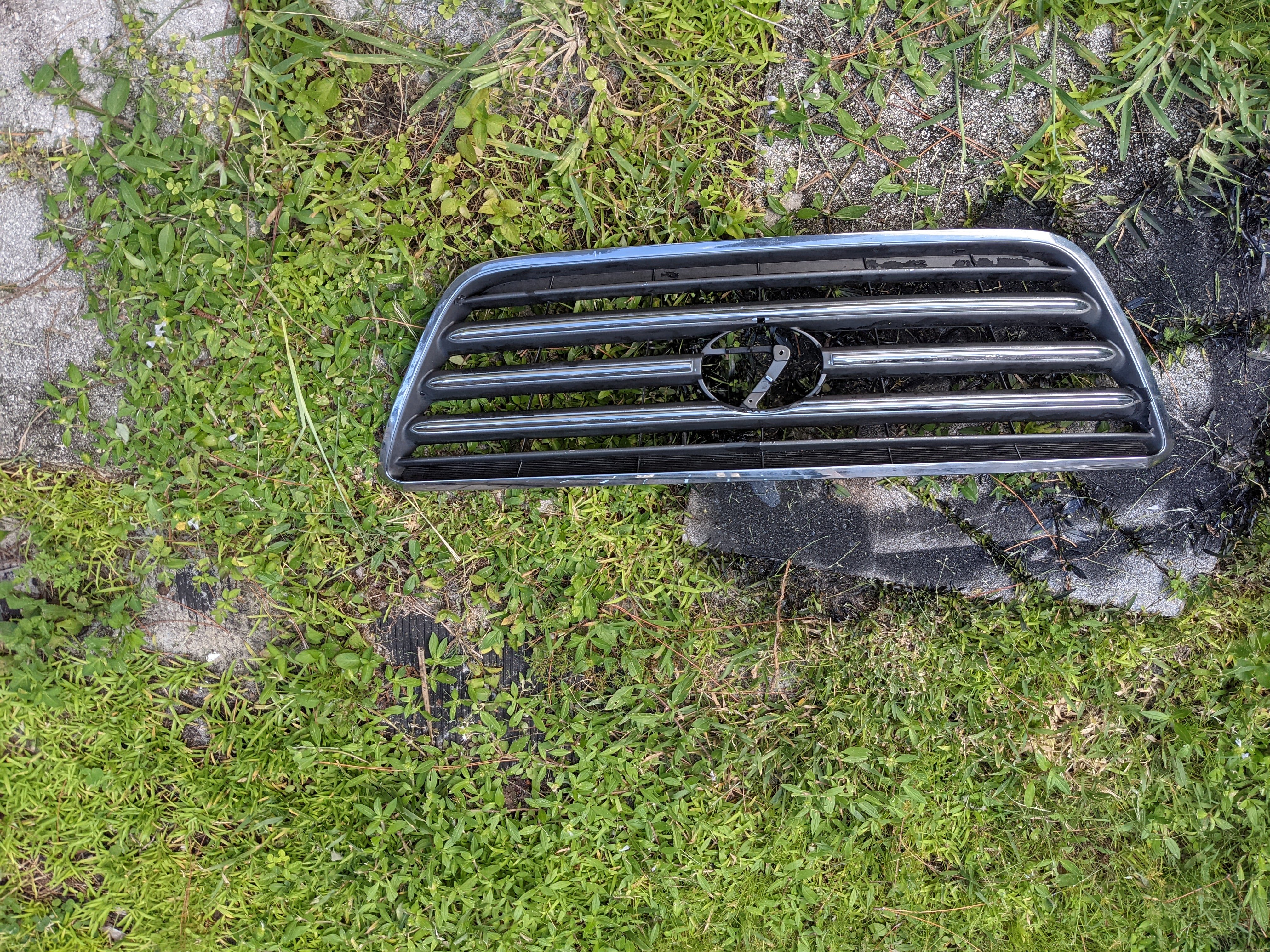 The final result is a huge upgrade! The GX looks 10 year newer, and the new fog lights are agressive. I can also see much better while driving. 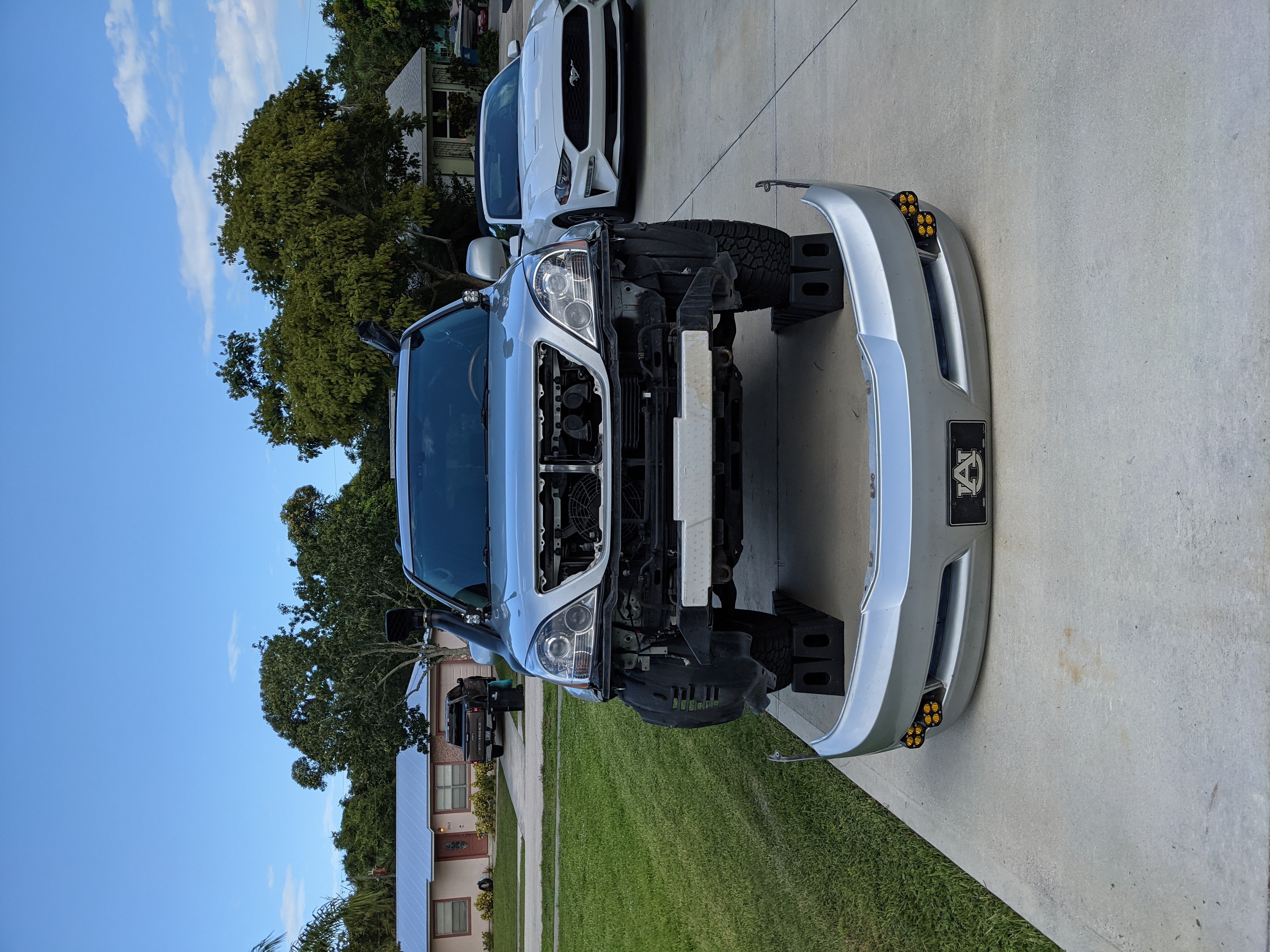 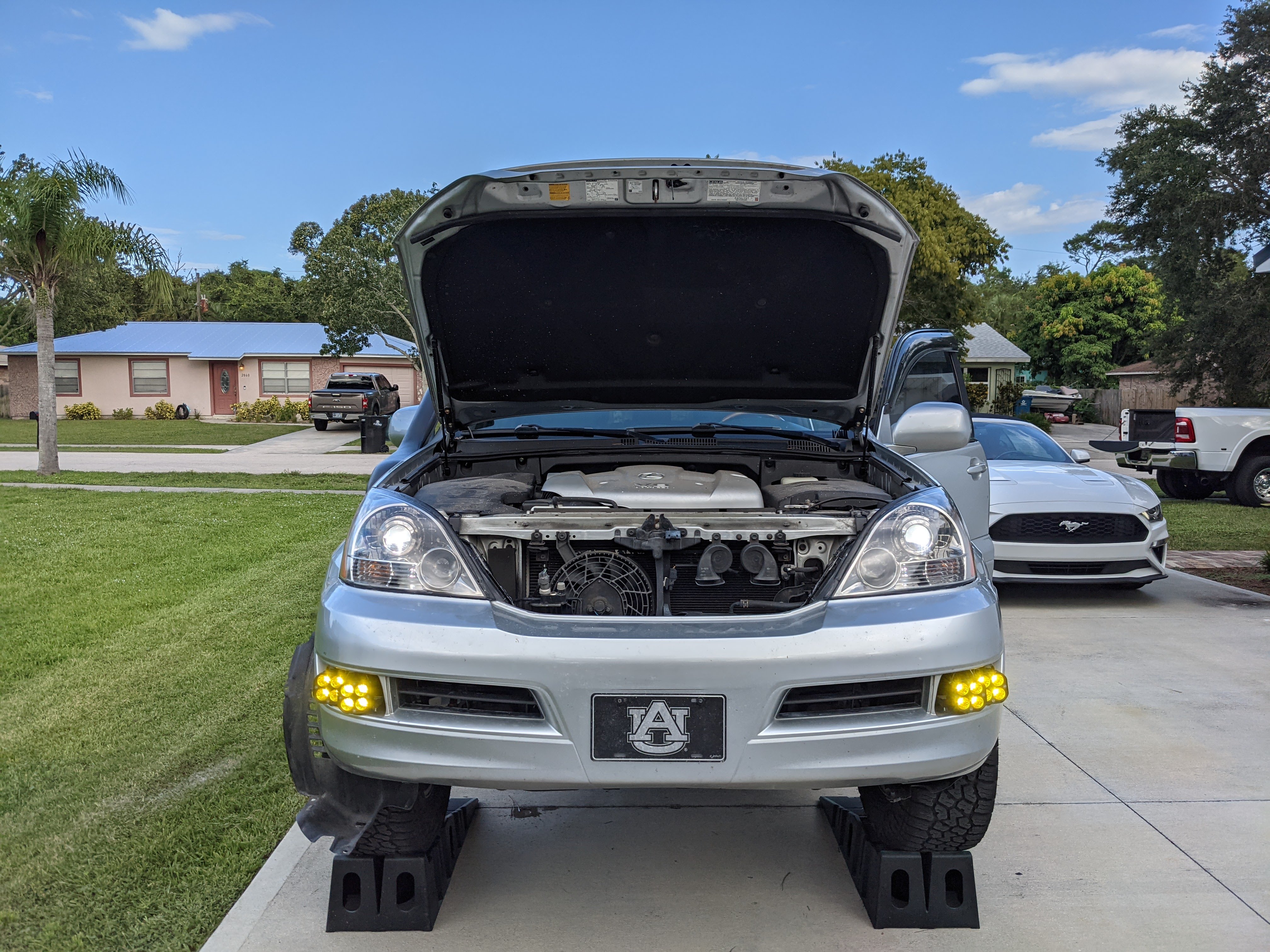