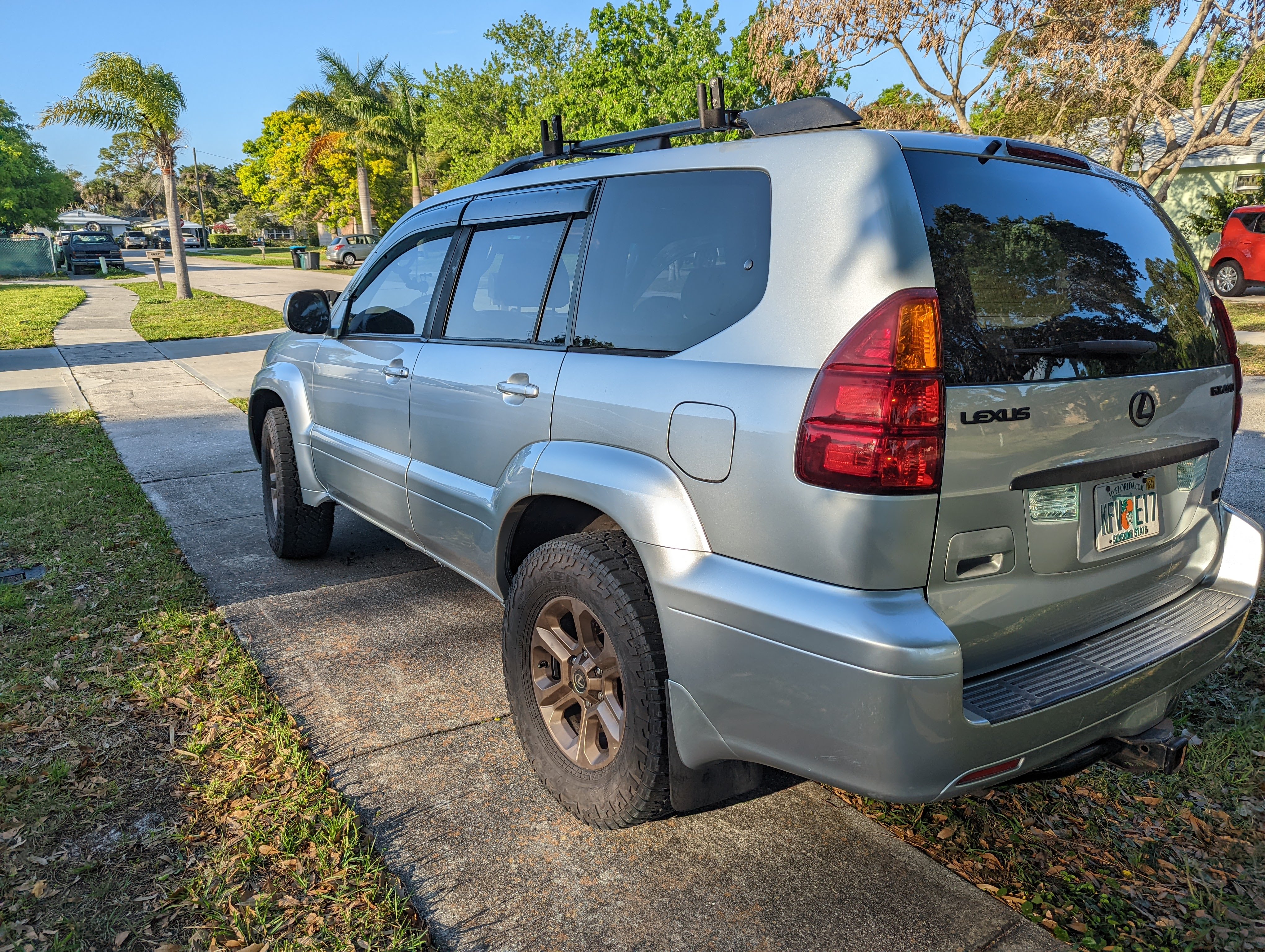 Lexus GX470 have a rear air suspension, which can air up and down to adjust ride height. Somewhere around 200k miles, there are known to fail, which can lead to your air bags in the rear not holding air, and an uncomfortable ride. A sign of this is if your car seems to sit noticably lower after not driving it for a while. My 2007 GX470 has about 180k miles, and I removed the air suspension and installed a set of springs in the rear.

You really only NEED the first part above, which includes the upper and lower isolators and the spring. The lower isolator is a piece of rubber that keeps the spring on the axel, and the upper isolator makes the spring flat at the top to sit on the frame correctly. The 2nd part, the console box hole cover, is to replace the air suspension controls in the cabin of your GX. You can remove the unused controls and install this little storage box.

To get started, jack up your GX from the rear axel. Get some jack stands under each side at the rear. Chock the front wheels. 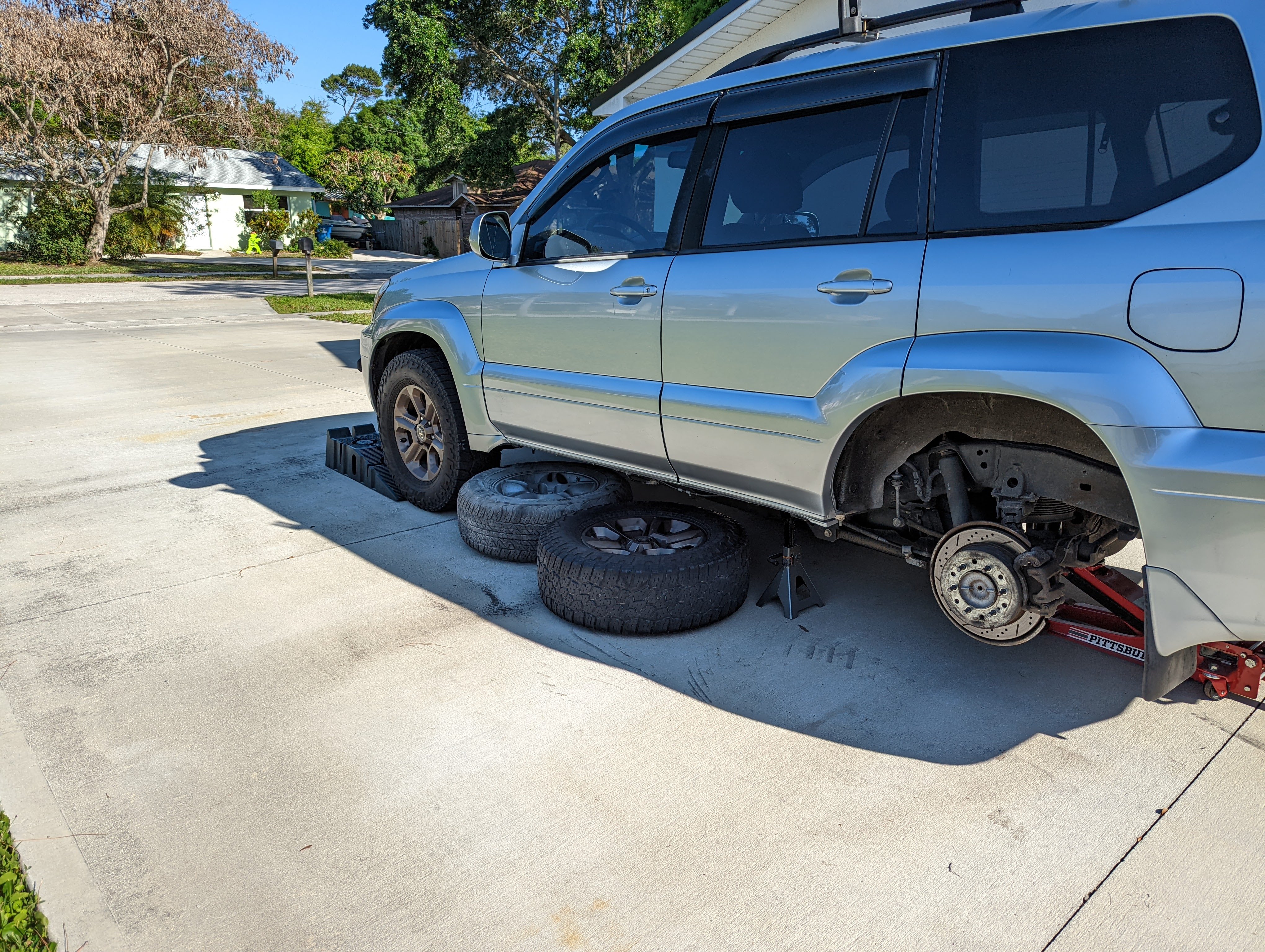 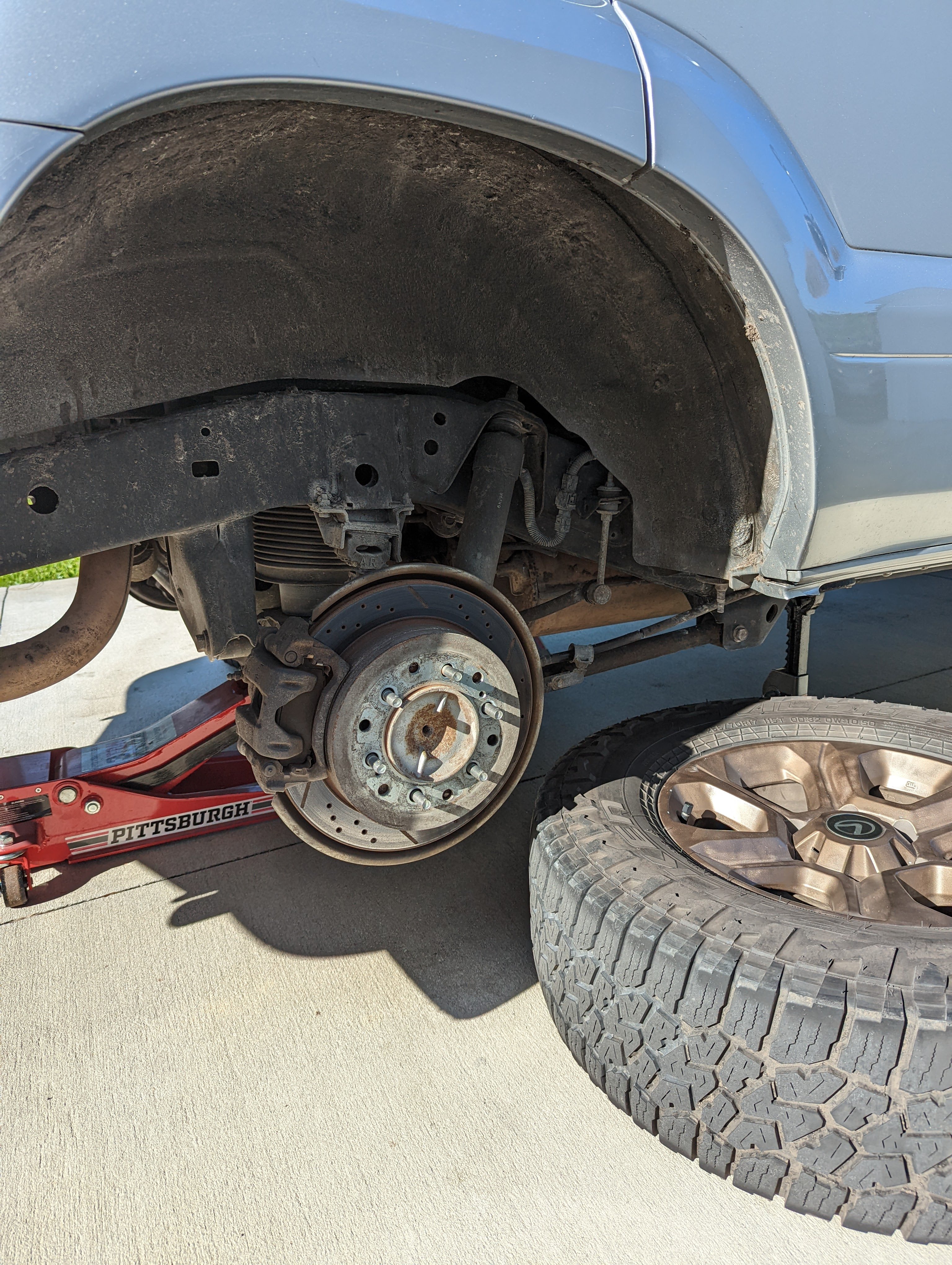 Remove the spare tire, it will make this much easier. 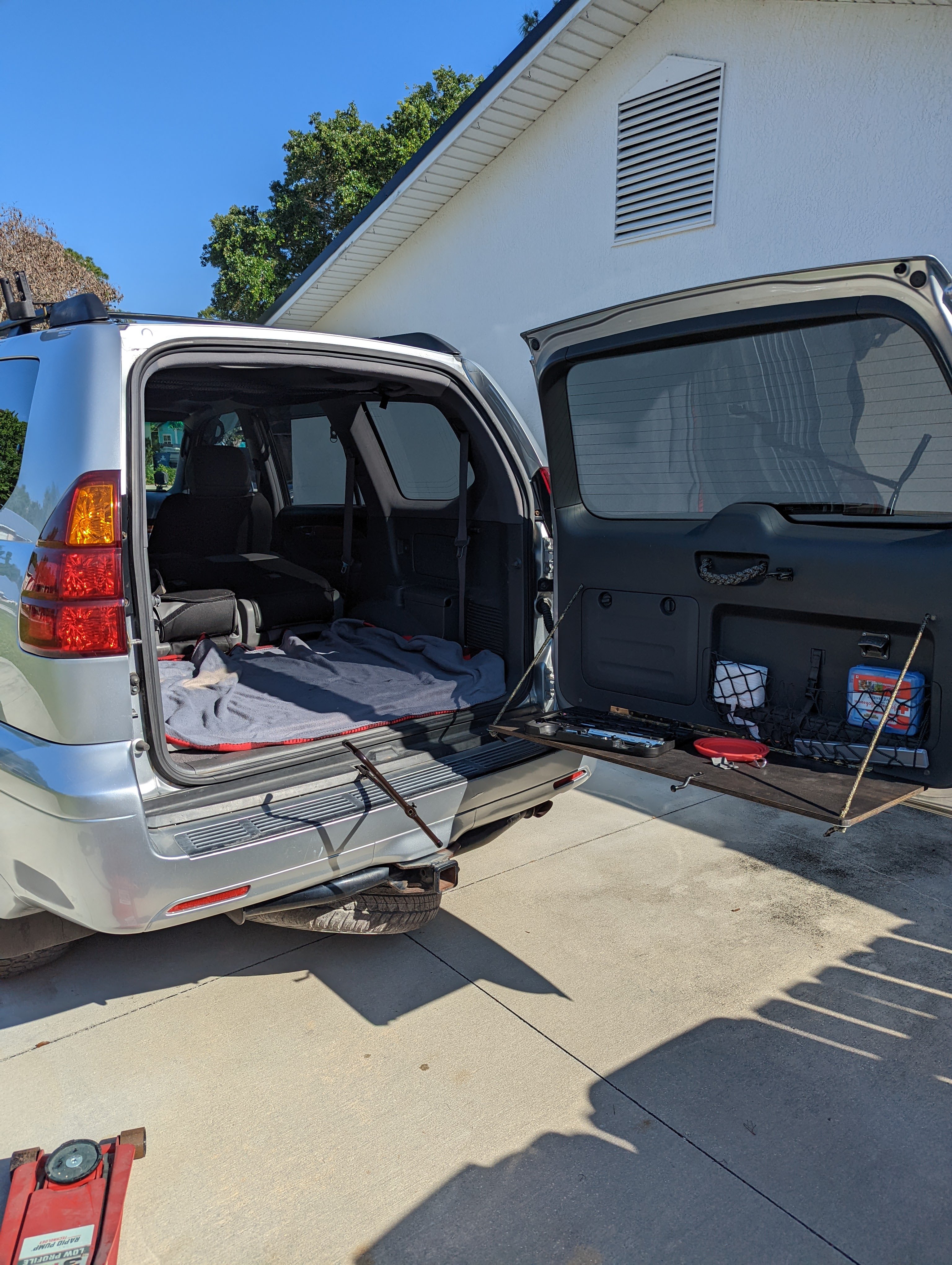 Take off the rims.

Take the 17mm bolt off the rear shock. Now you can lower your rear axel again, and let the GX sit on the jack stands. 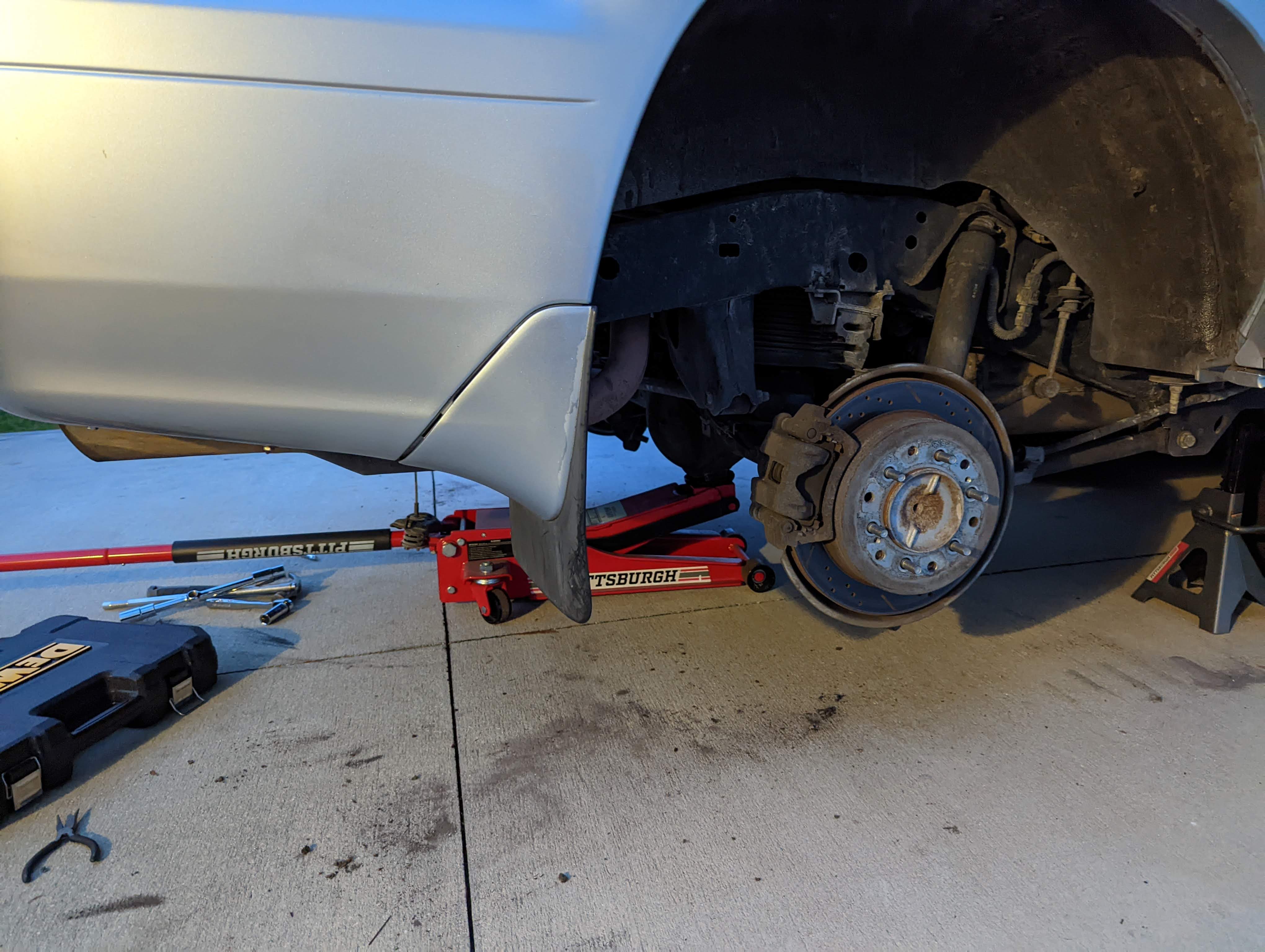 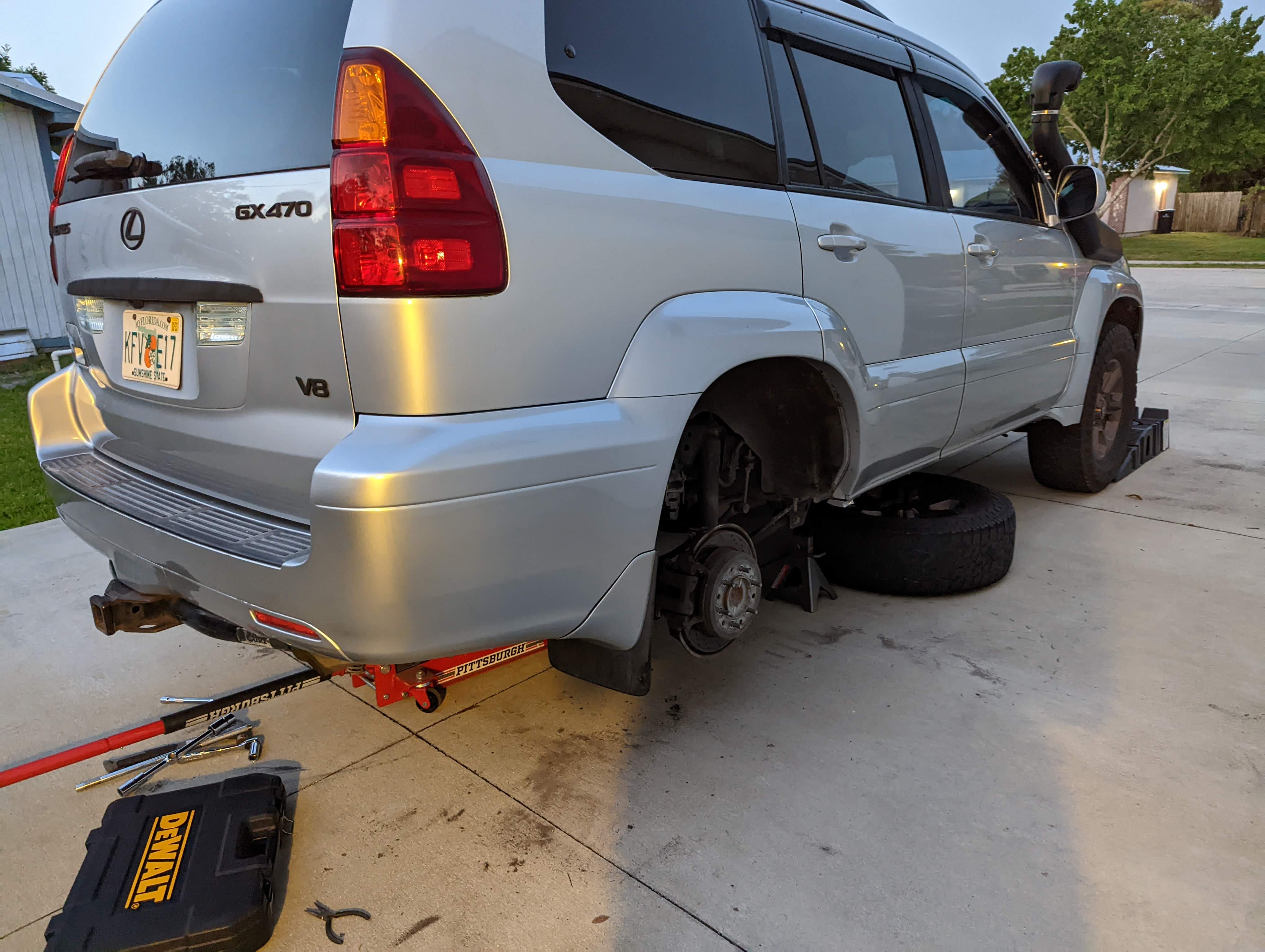 Here comes the toughest parts. First, remove the clips from the TOP of the air bags. You can only see this from between the frame and the body. I used a super long screwdriver to get that out. Then, take off the air lines from the compressor, located on the drivers side of the car. There are 2 lines to remove, one to each bag. 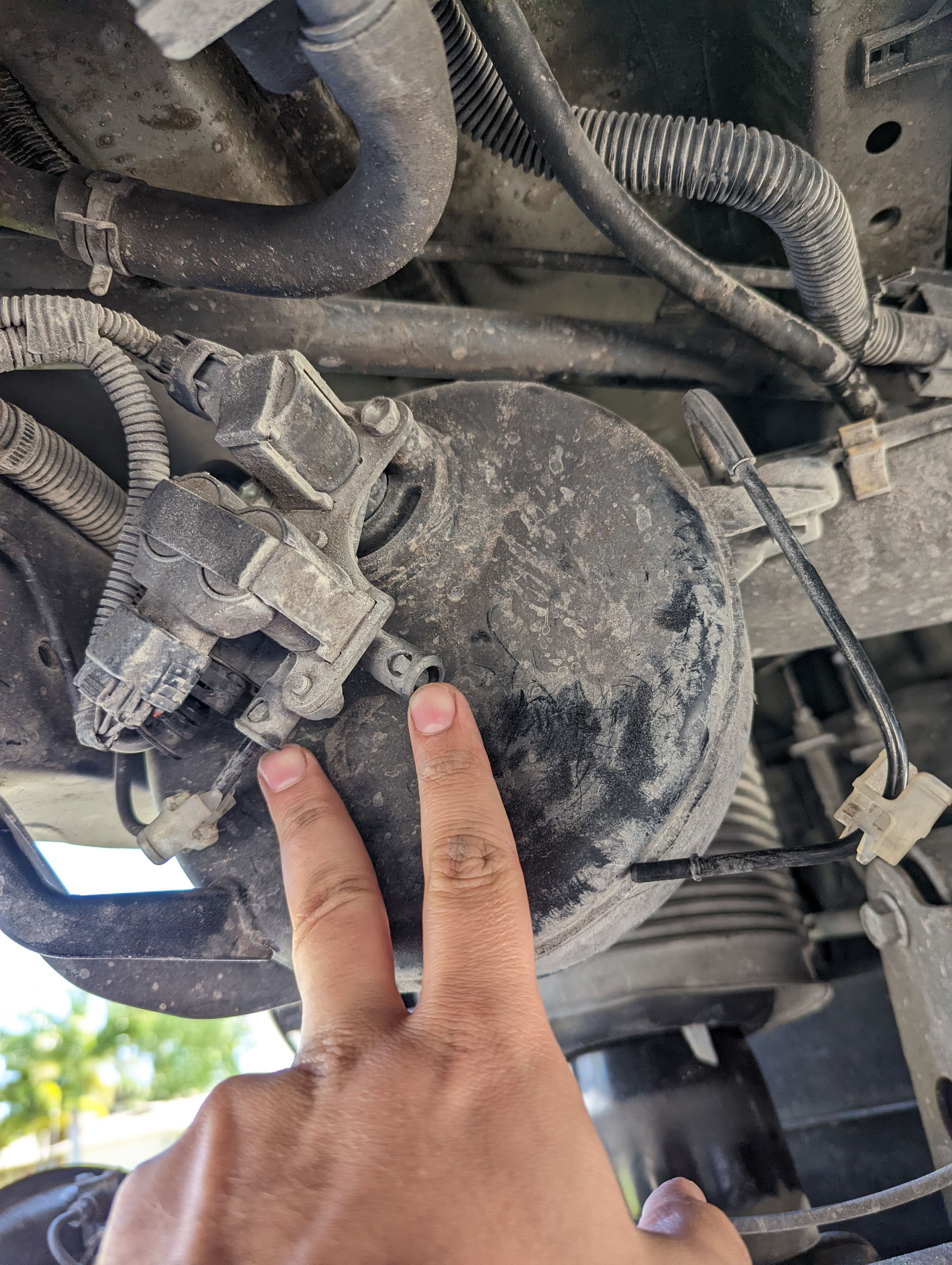 After the lines are disconnected, you will hear the hissing sound of the air bags deflating. Now you’ll be able to just remove the air bags with the lines attached to them. 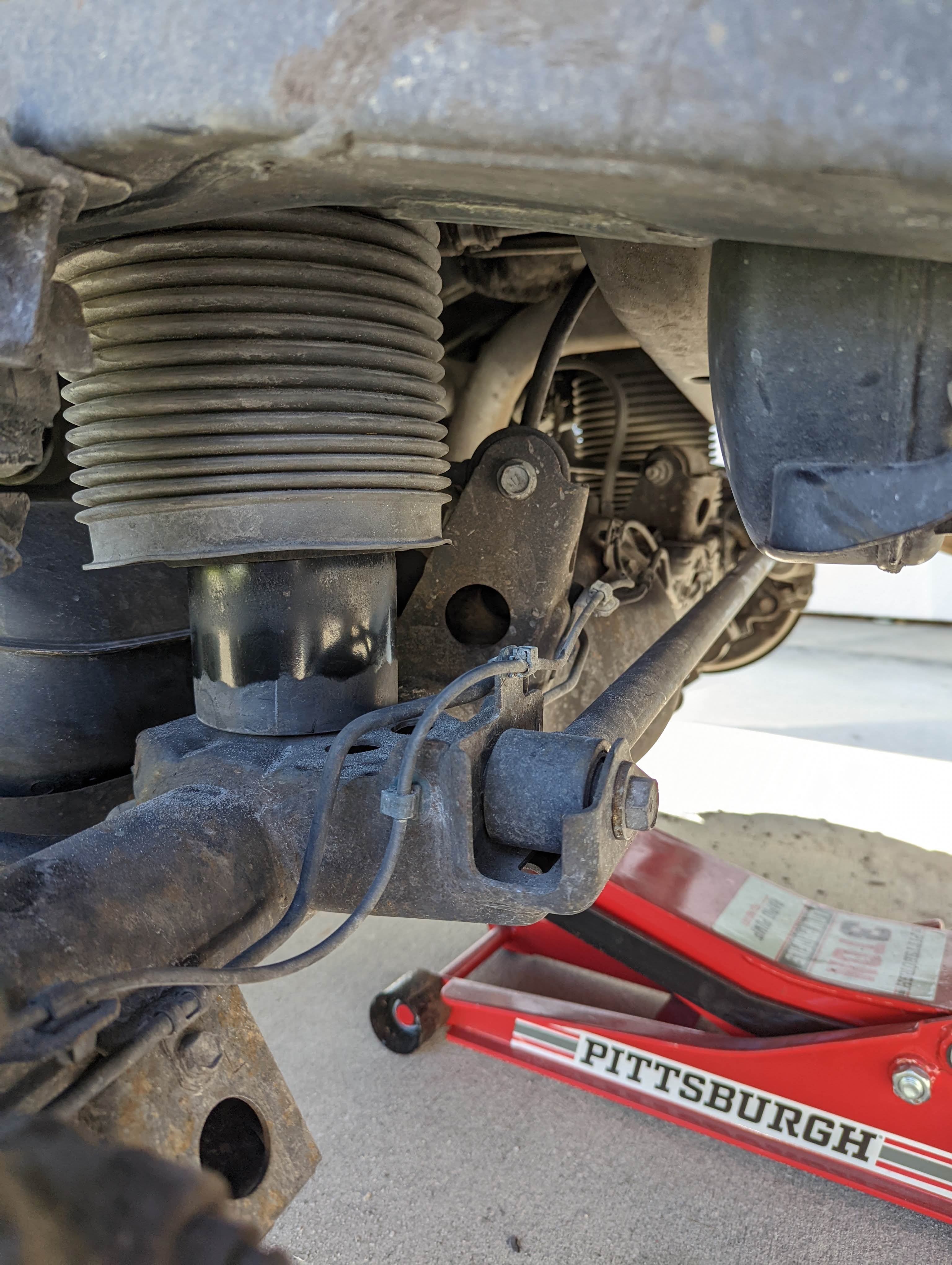 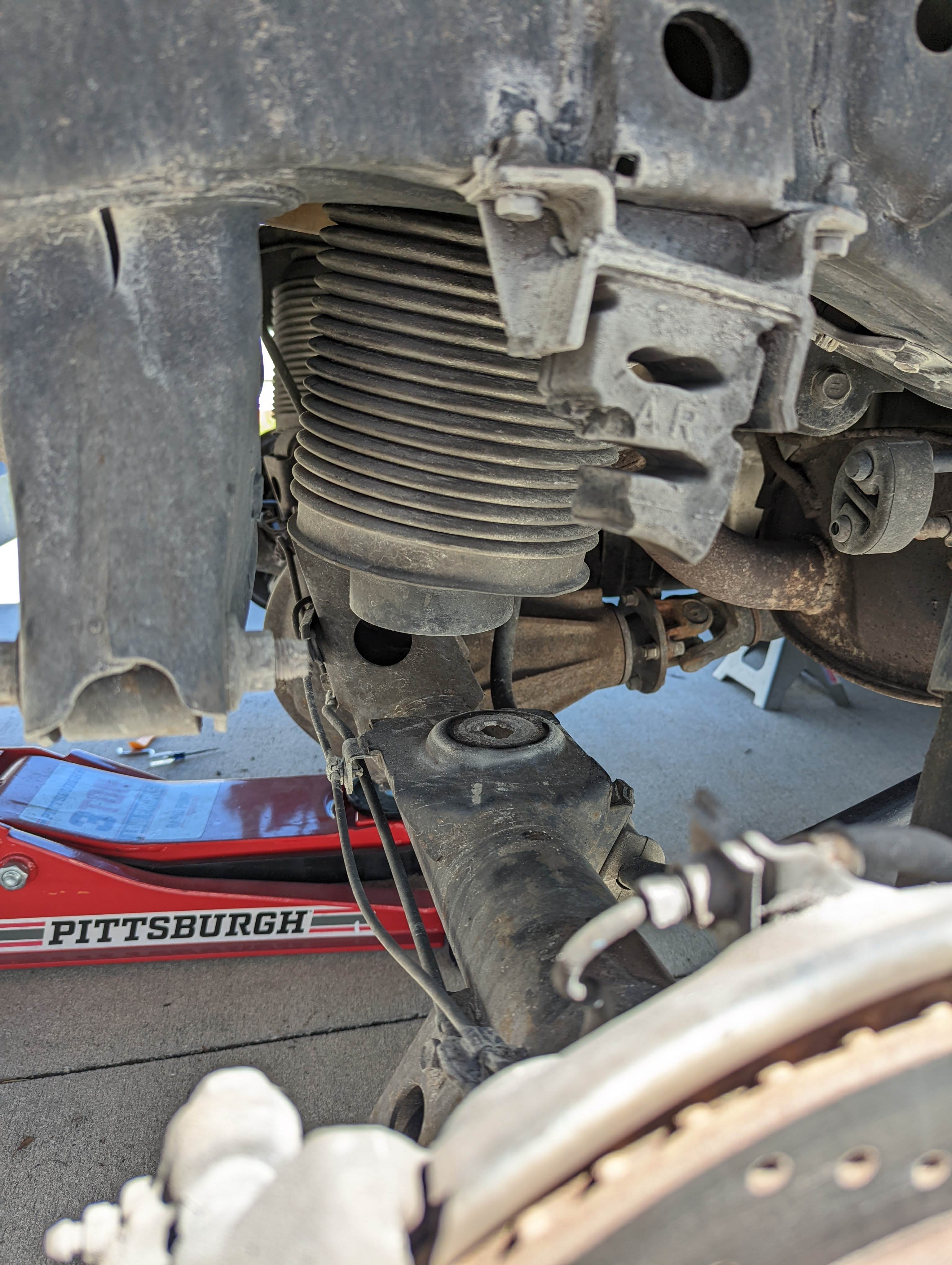 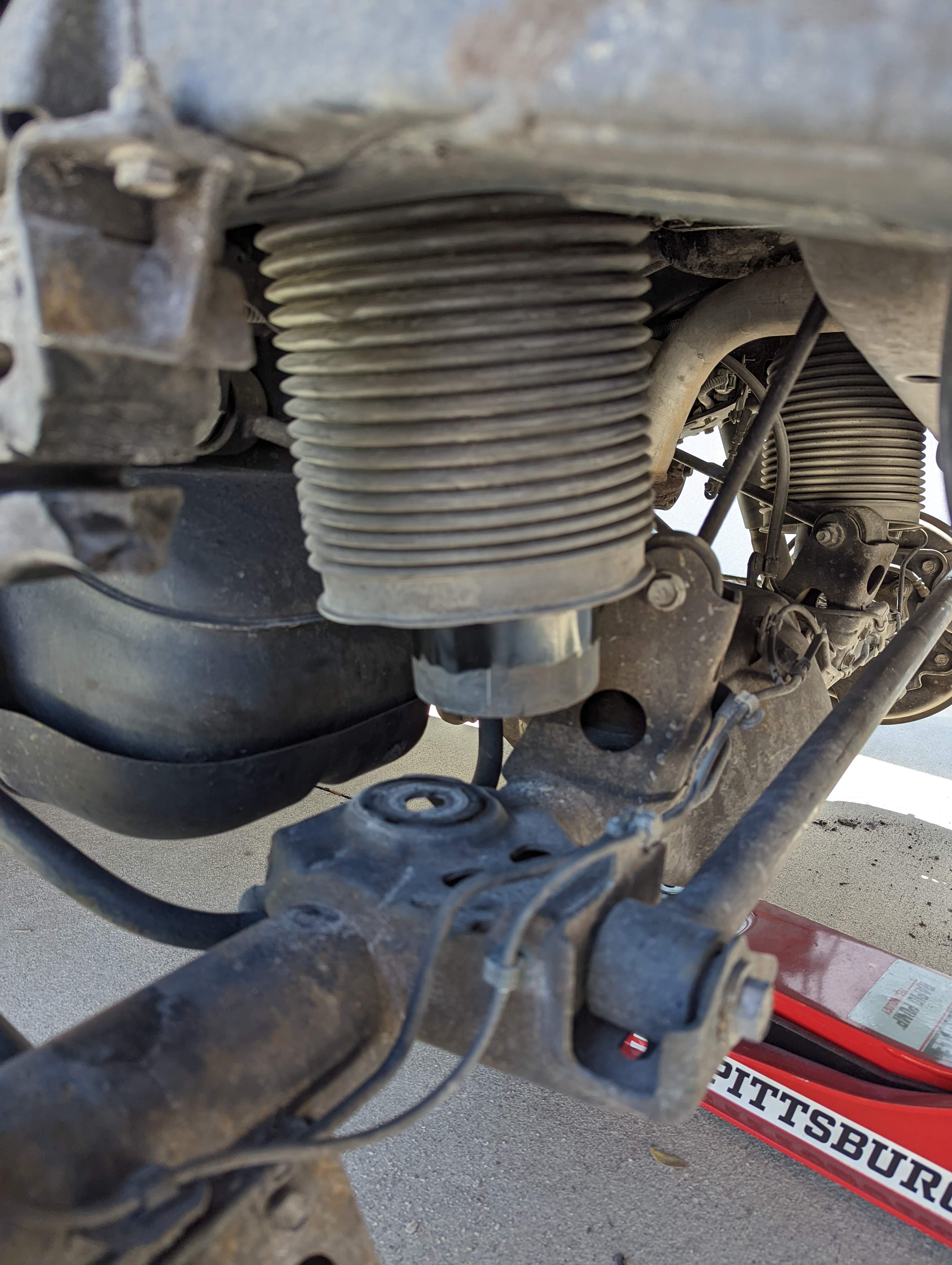 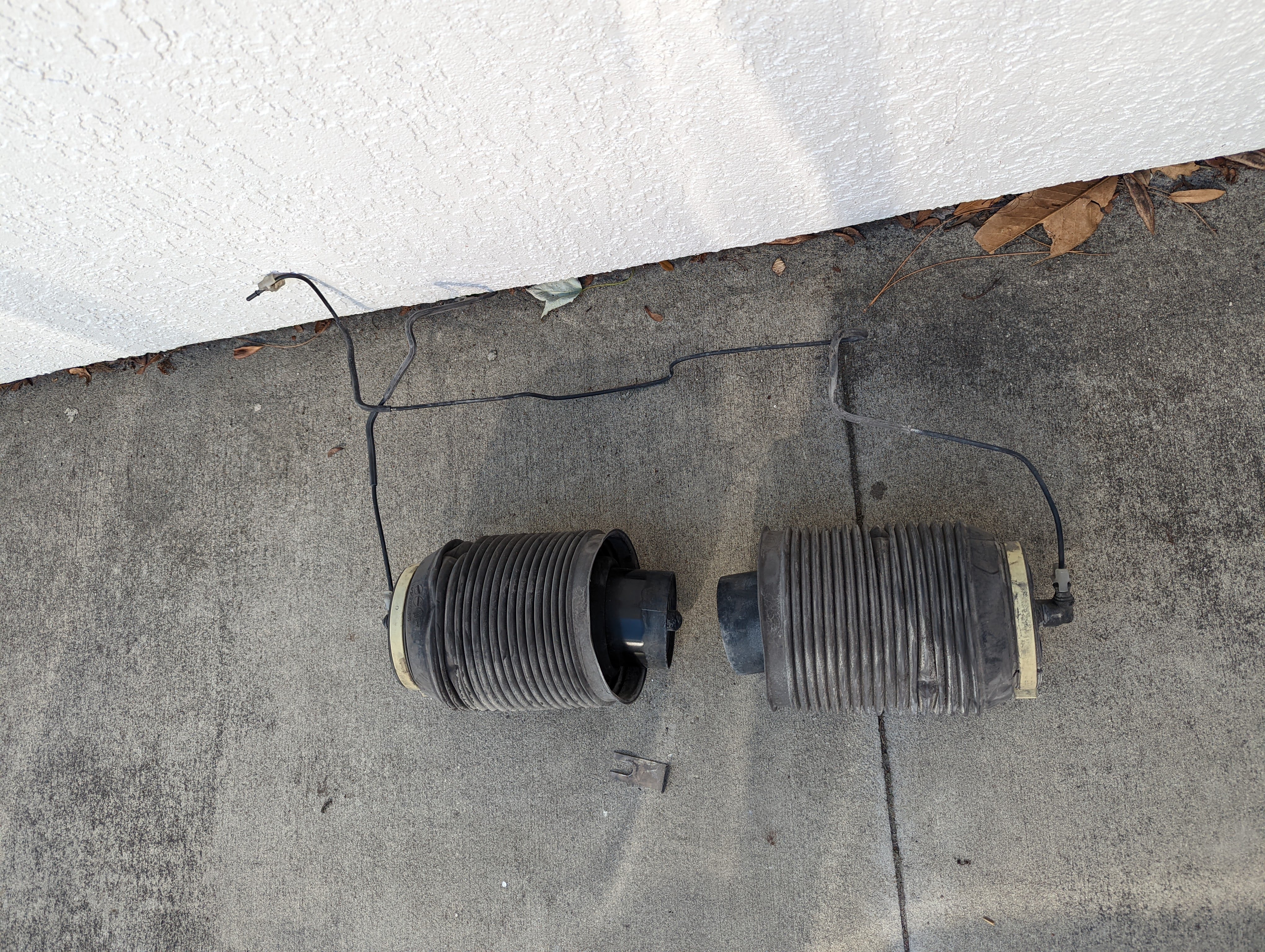 Install the new springs! Attach the upper isolator to the spring, put the lower isolator on the axel, install it. I found it helpful to have another person stand on the brakes on the side I was working on the get more clearance. 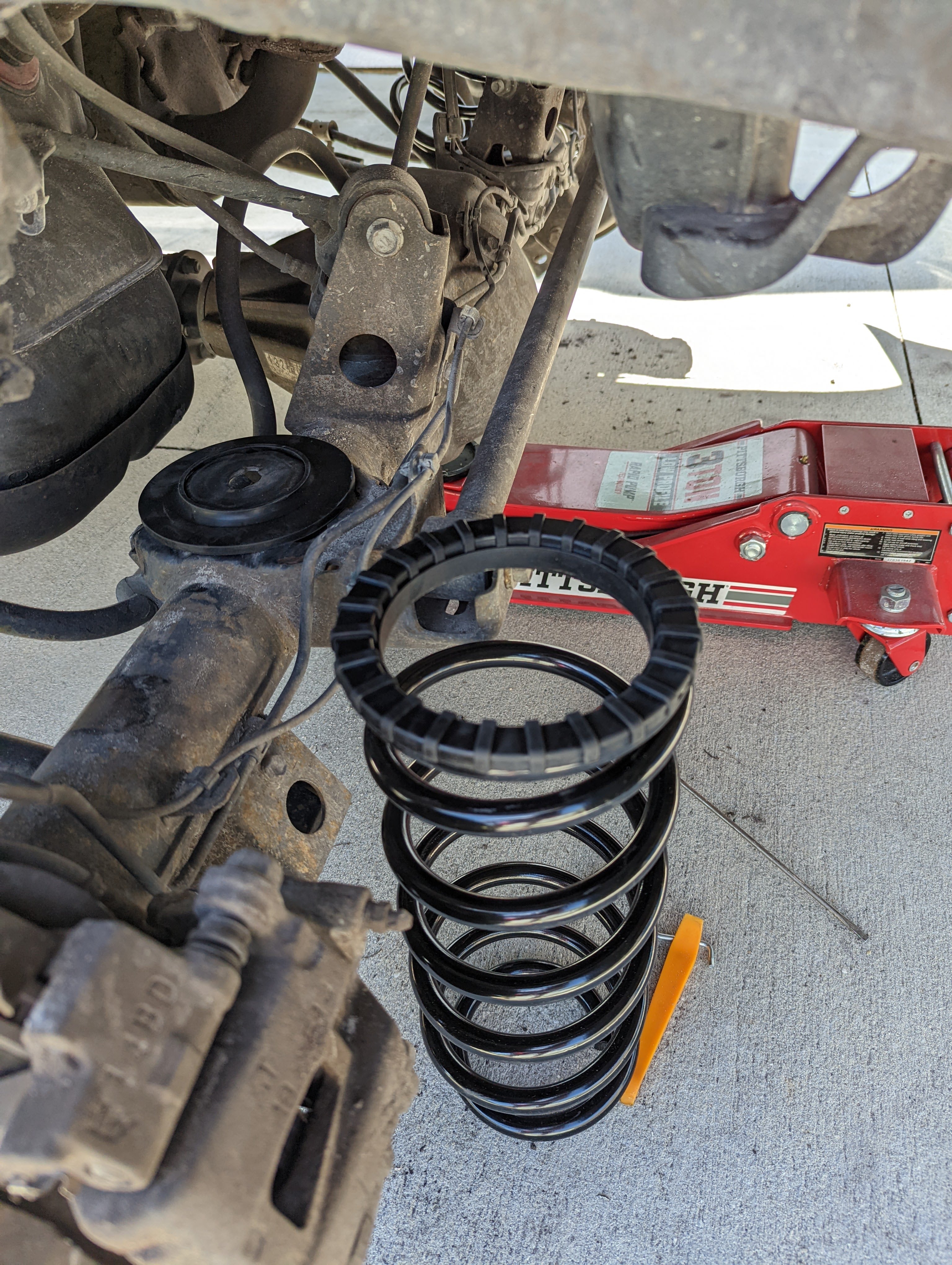 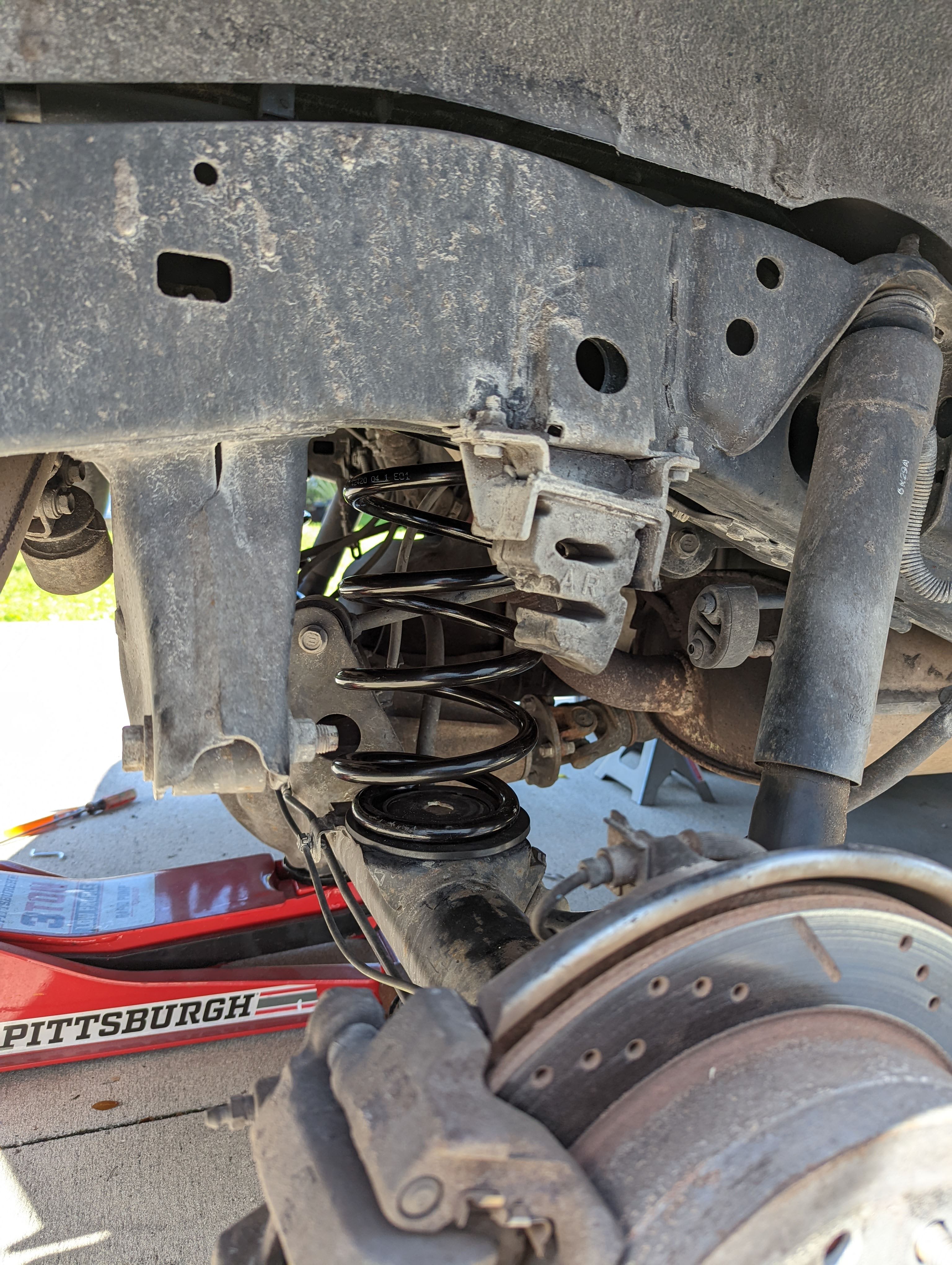 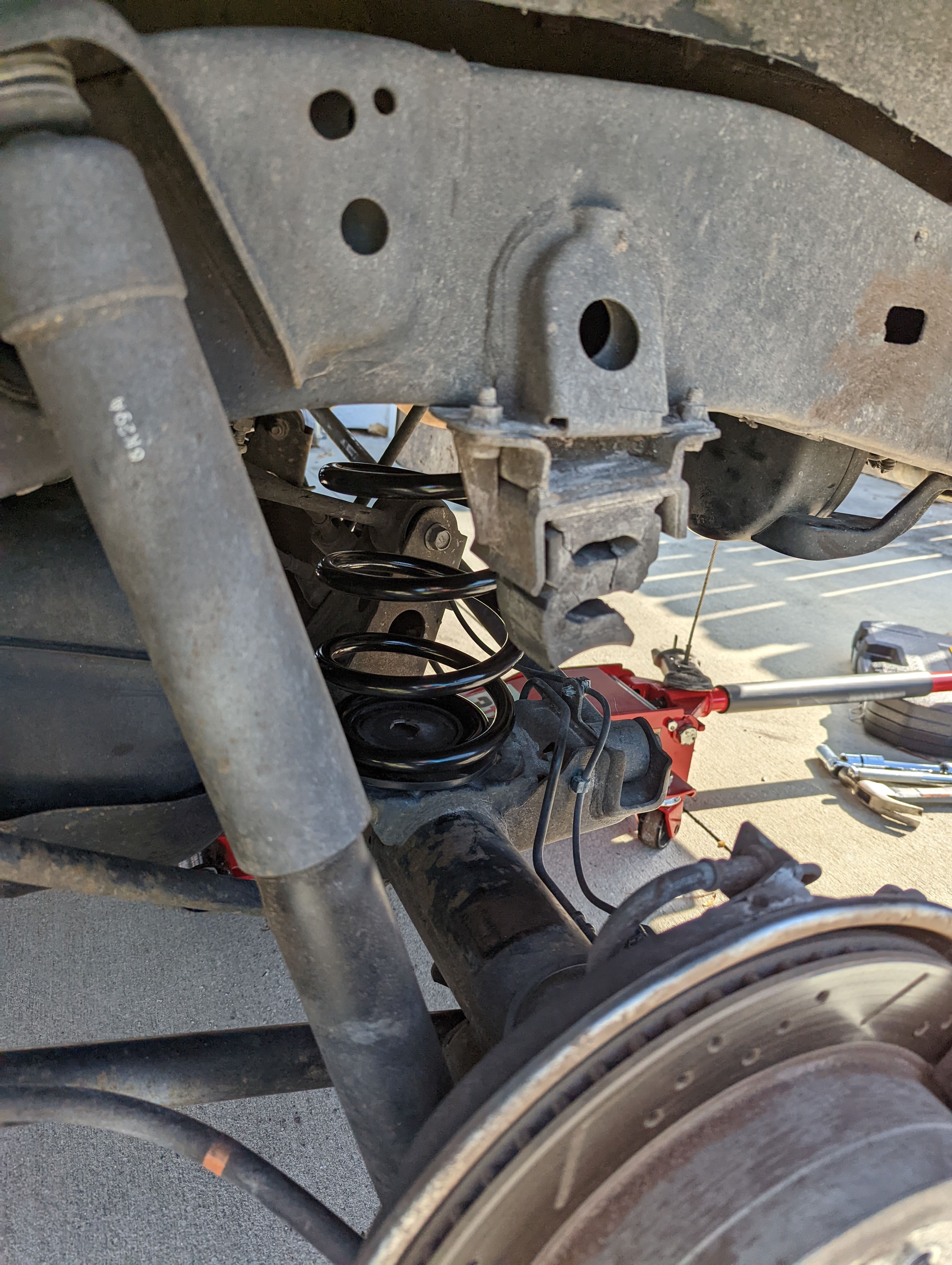 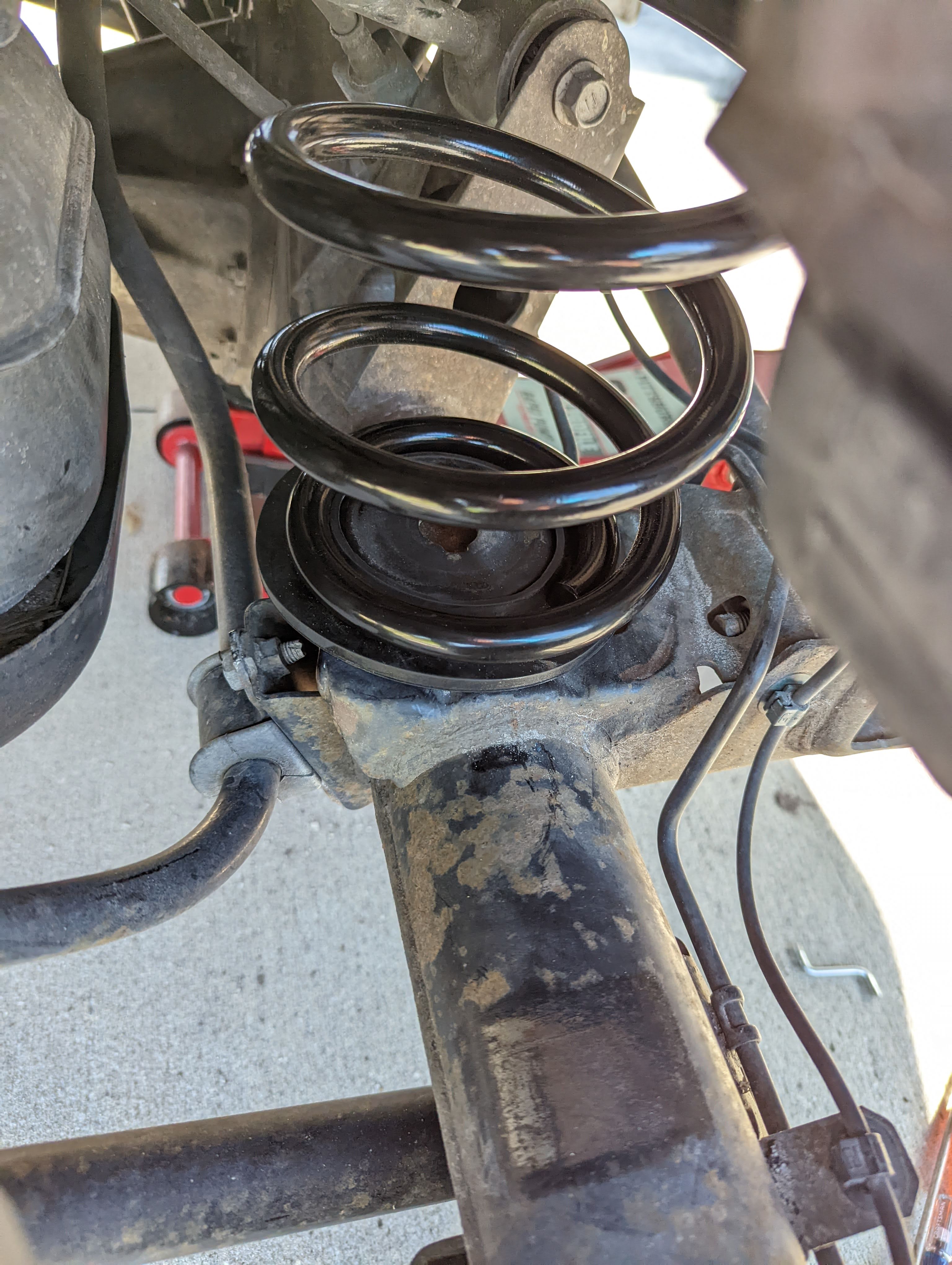 Now you can lift the rear axel back up and re-attach the 17mm bolts back on the shocks, then put your rims back on. 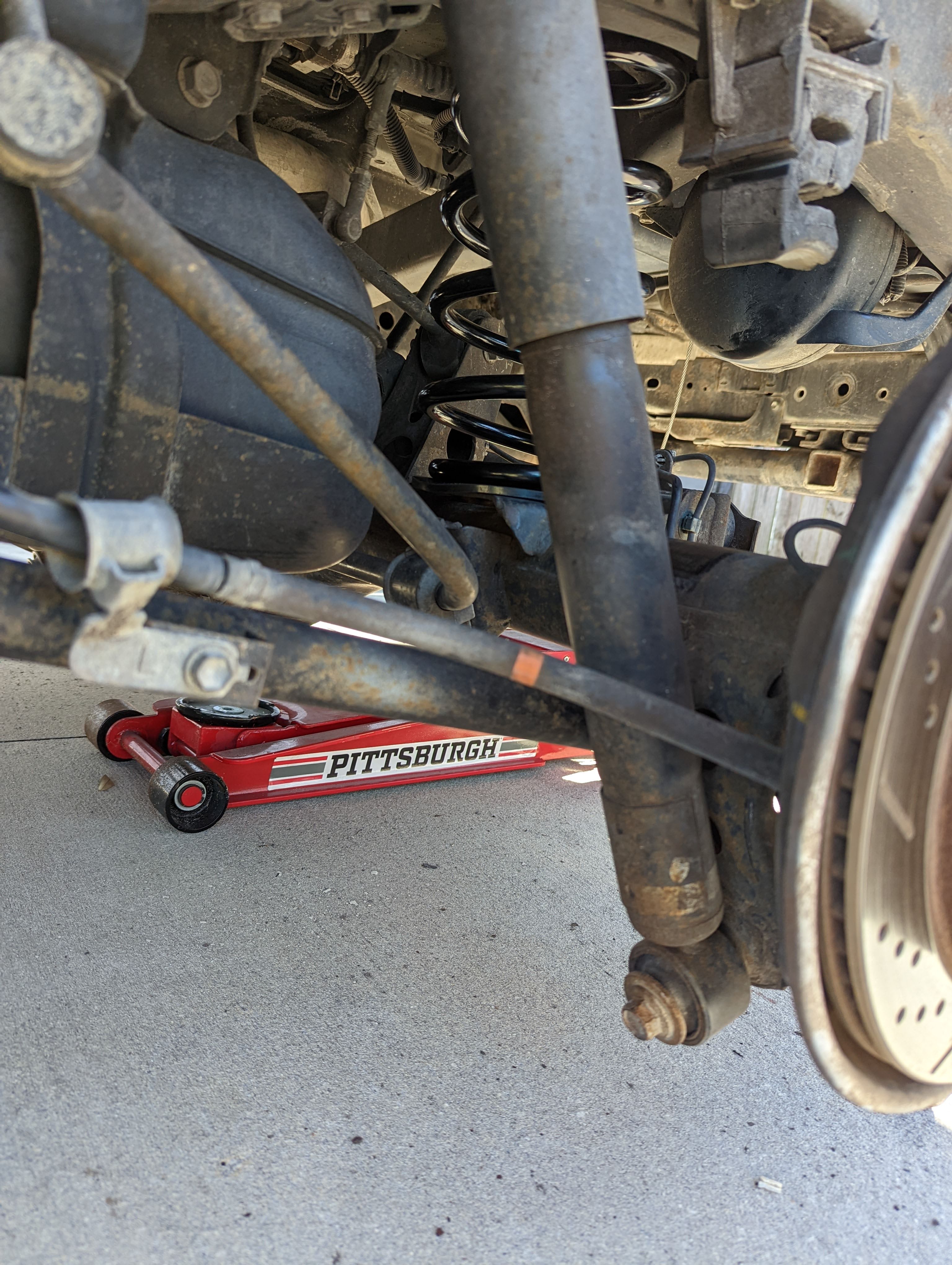 Next, you have a few electrical things to do - removing fuses and relays so that your compressor won’t turn on, and check engine lights won’t light up. Here’s a good diagram of the GX470 fuses boxes.

Remove the air suspenion controls in the cabin, near your shifter. Disconnect that controller, install the Toyota box thing. 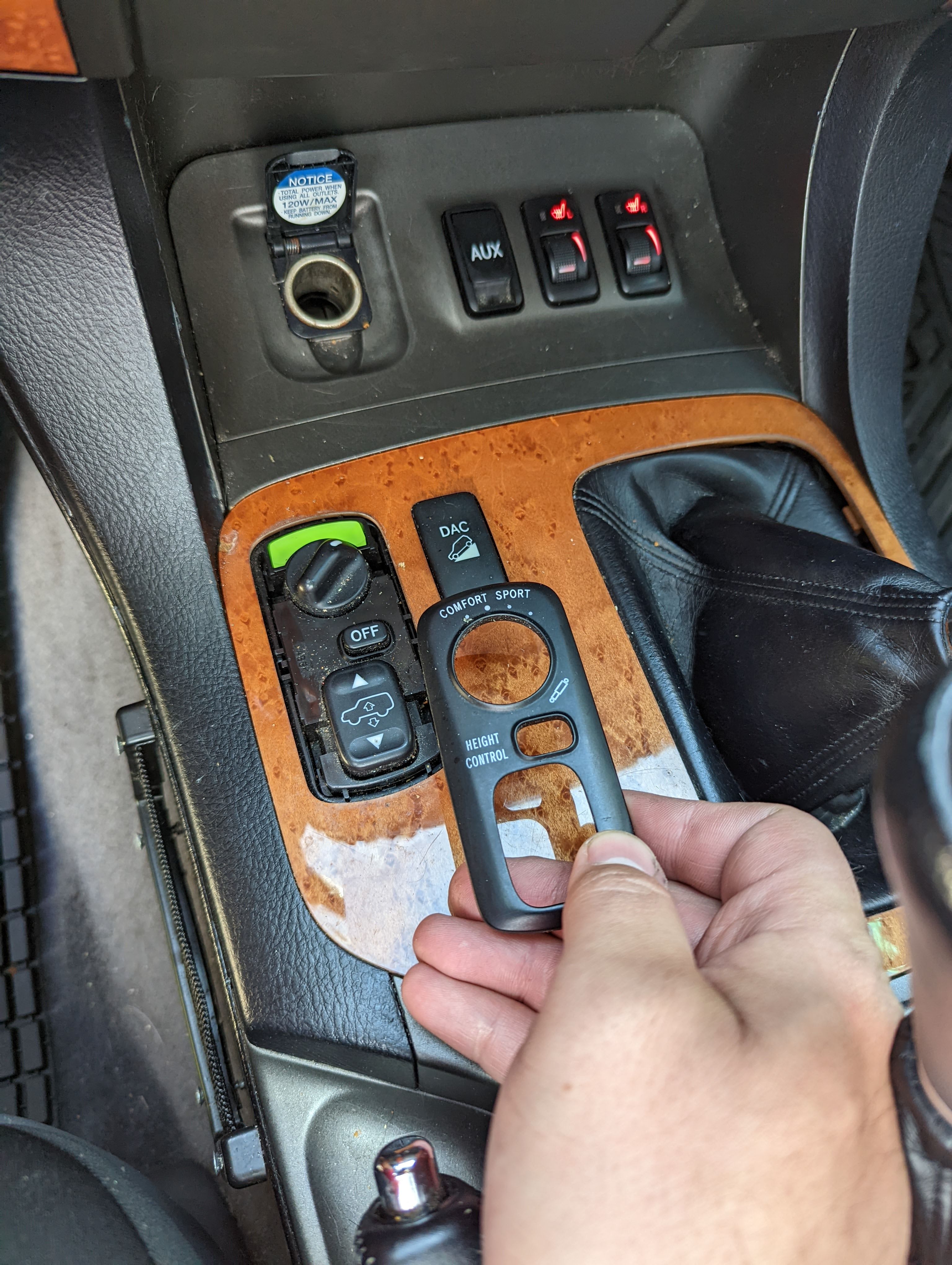 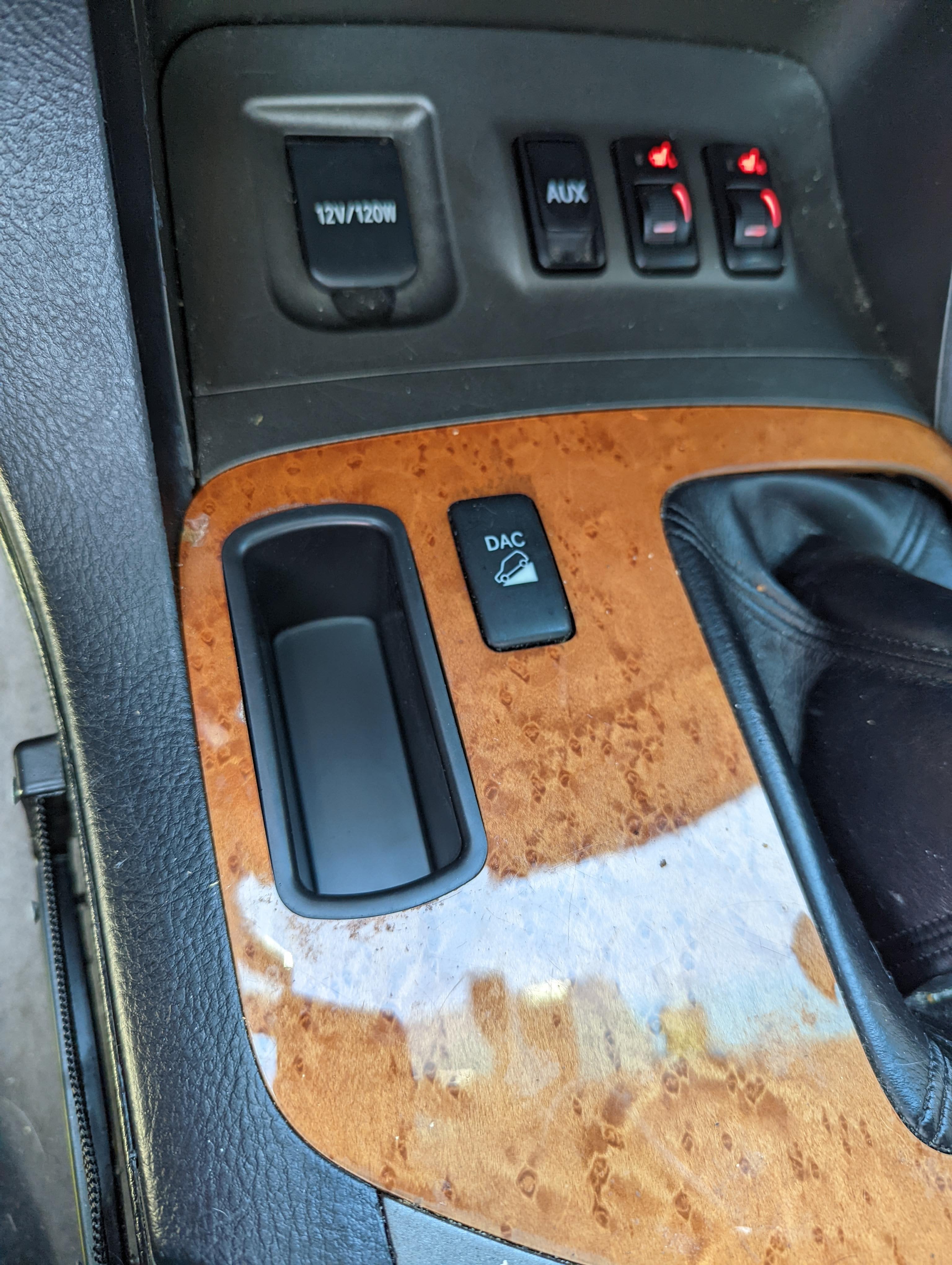 Crank the car up. You should not hear the compressor, see no warning lights, and your ride should be firmer and sportier. Great success!

While you’re in there, I’d also consider replacing your bump stops. You can see mine are pretty bad, but I had not considered the bump stops when I started this project. 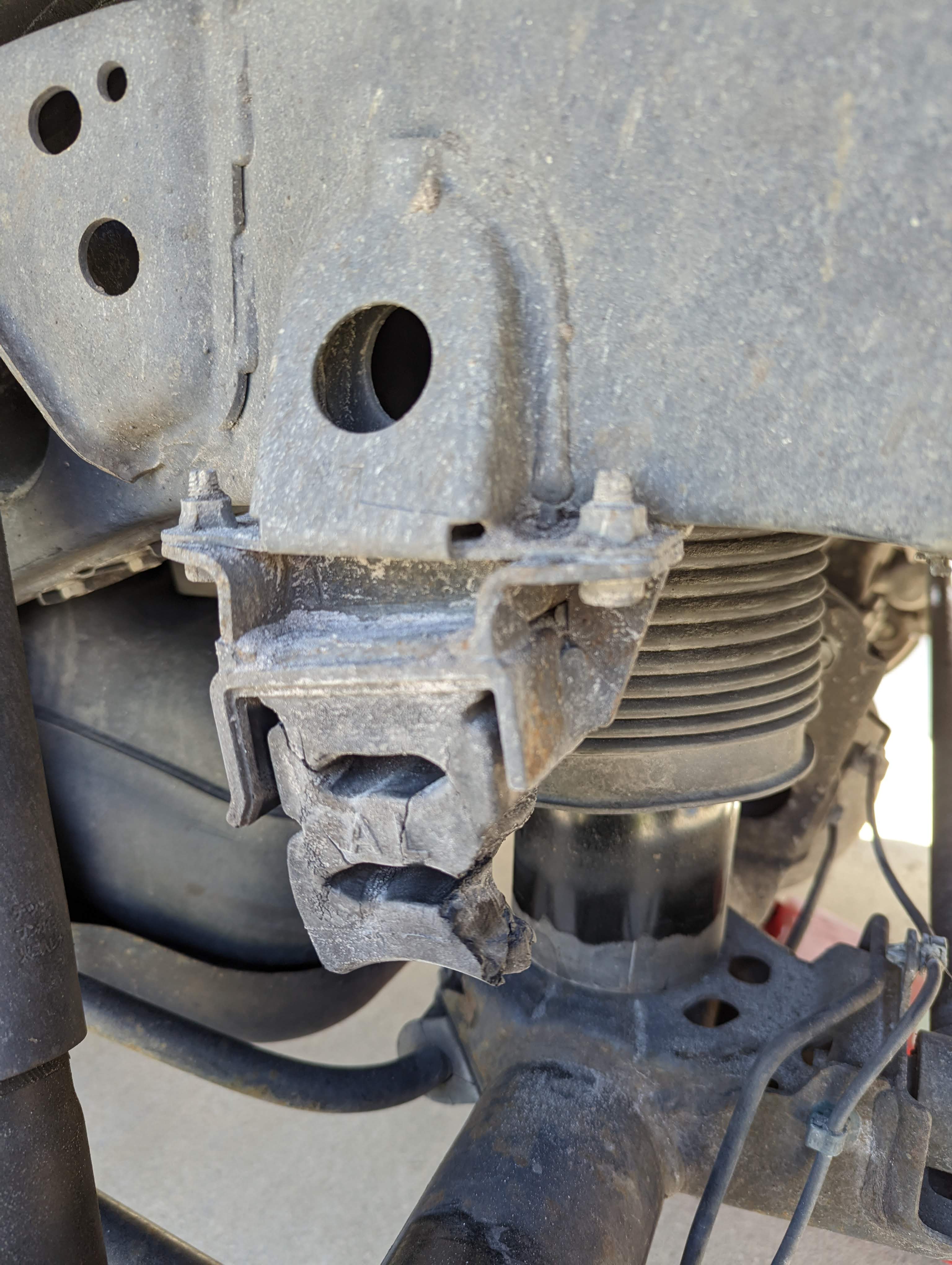