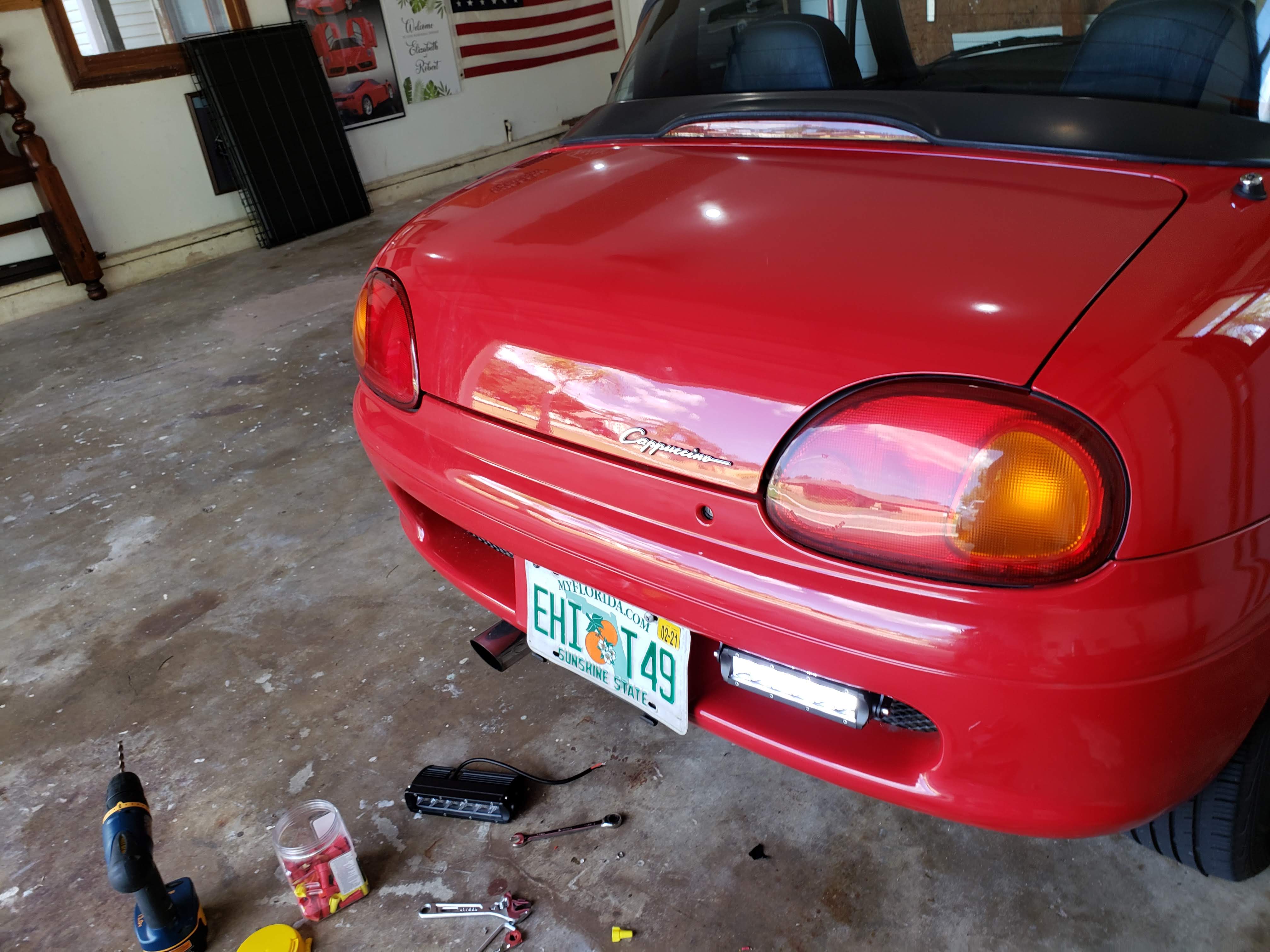 My reverse bulb and housing was ancient and rusted, so I bought a pair of 7” LED light bars to replace that single light. 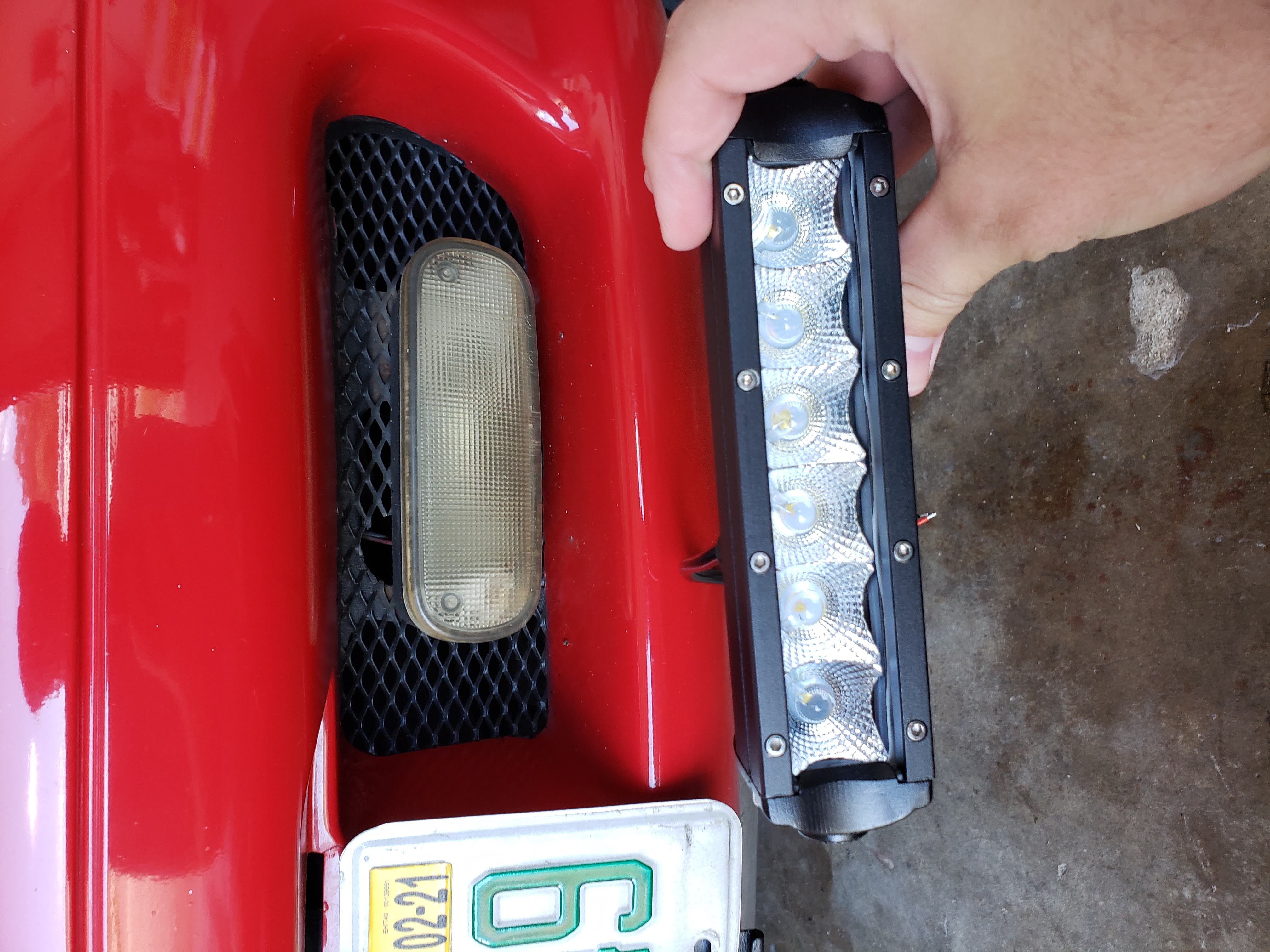 To install, first I removed the old reverse bulb and housing. 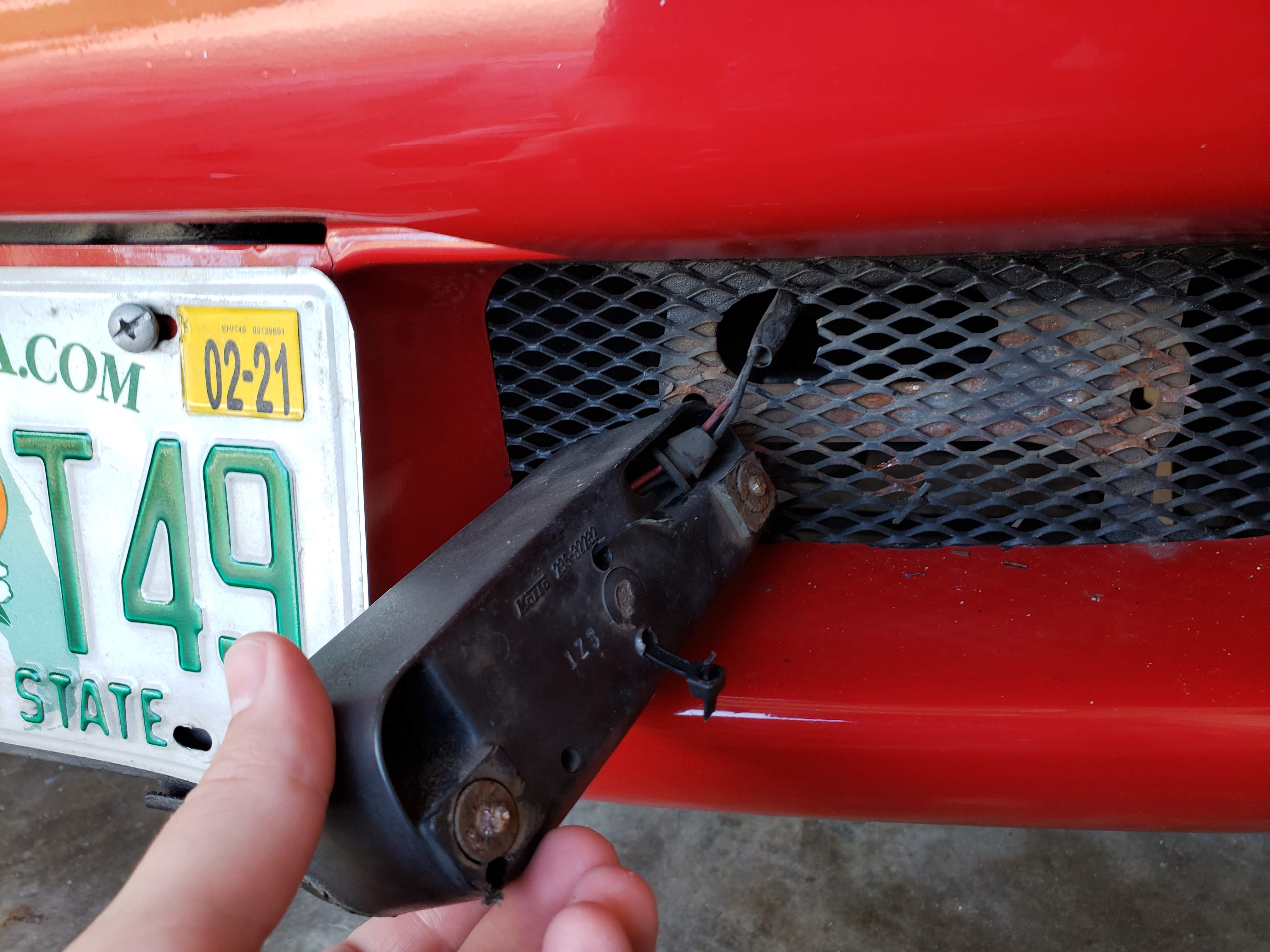 I then cut the + and - wires at their longest point in the housing, so I had a decent amount of slack. 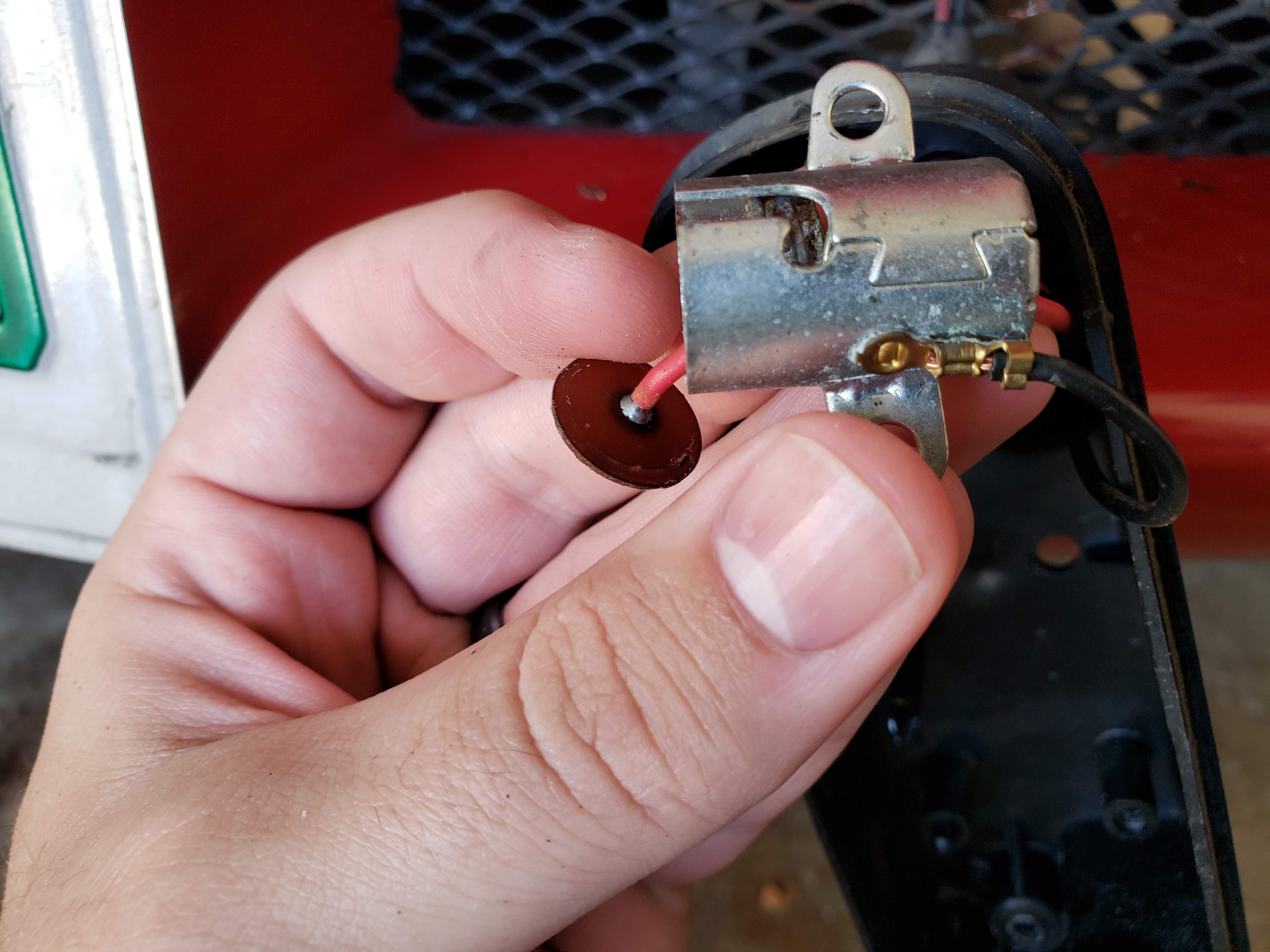 Use some wire cutters to trim down the casing on the ends. 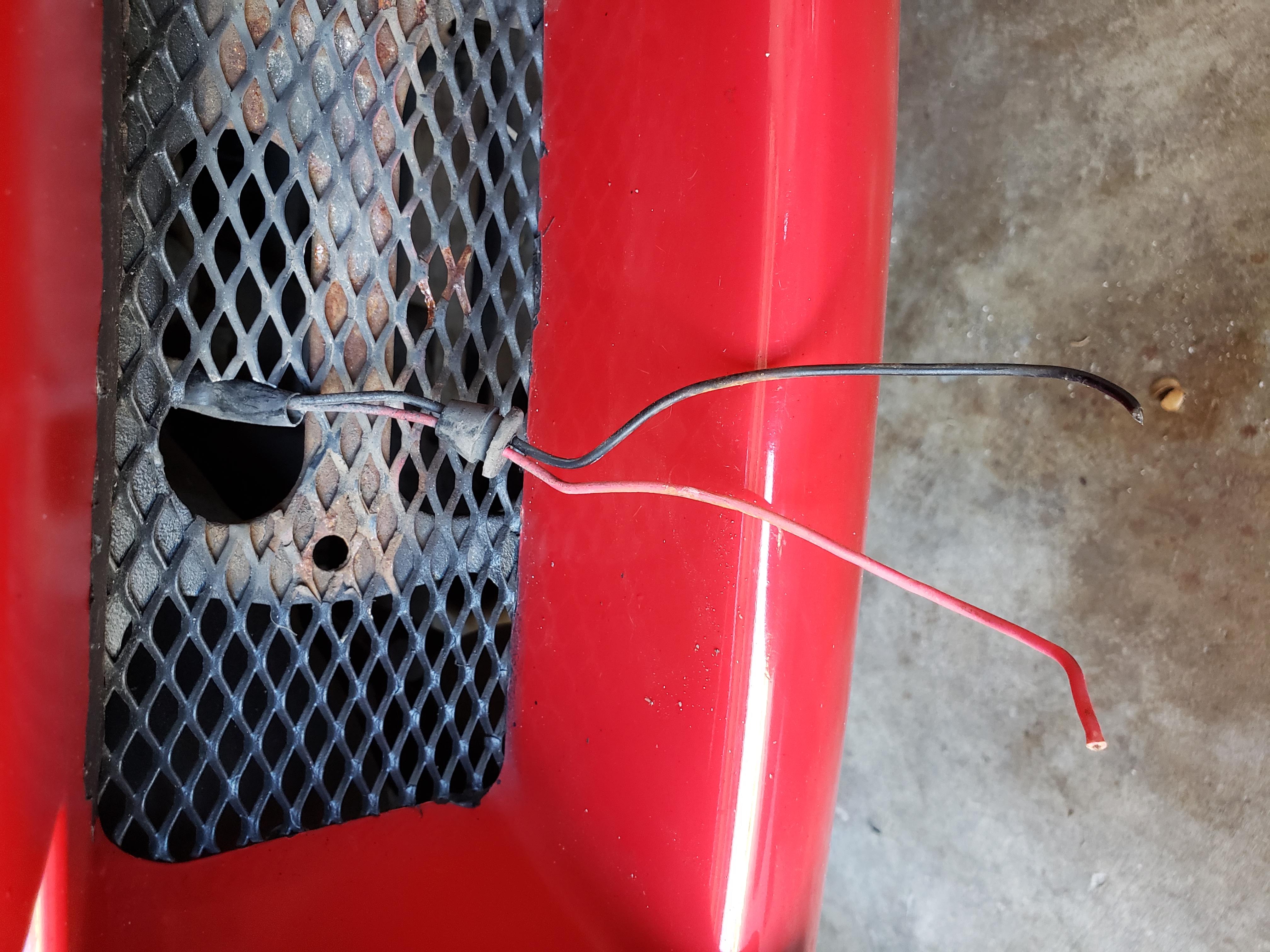 Test fit one light bar. To test, turn your car to Accessory (not all the way on) and put it in reverse.

Test fit 2 light bars! I ended not using both, just the 1. 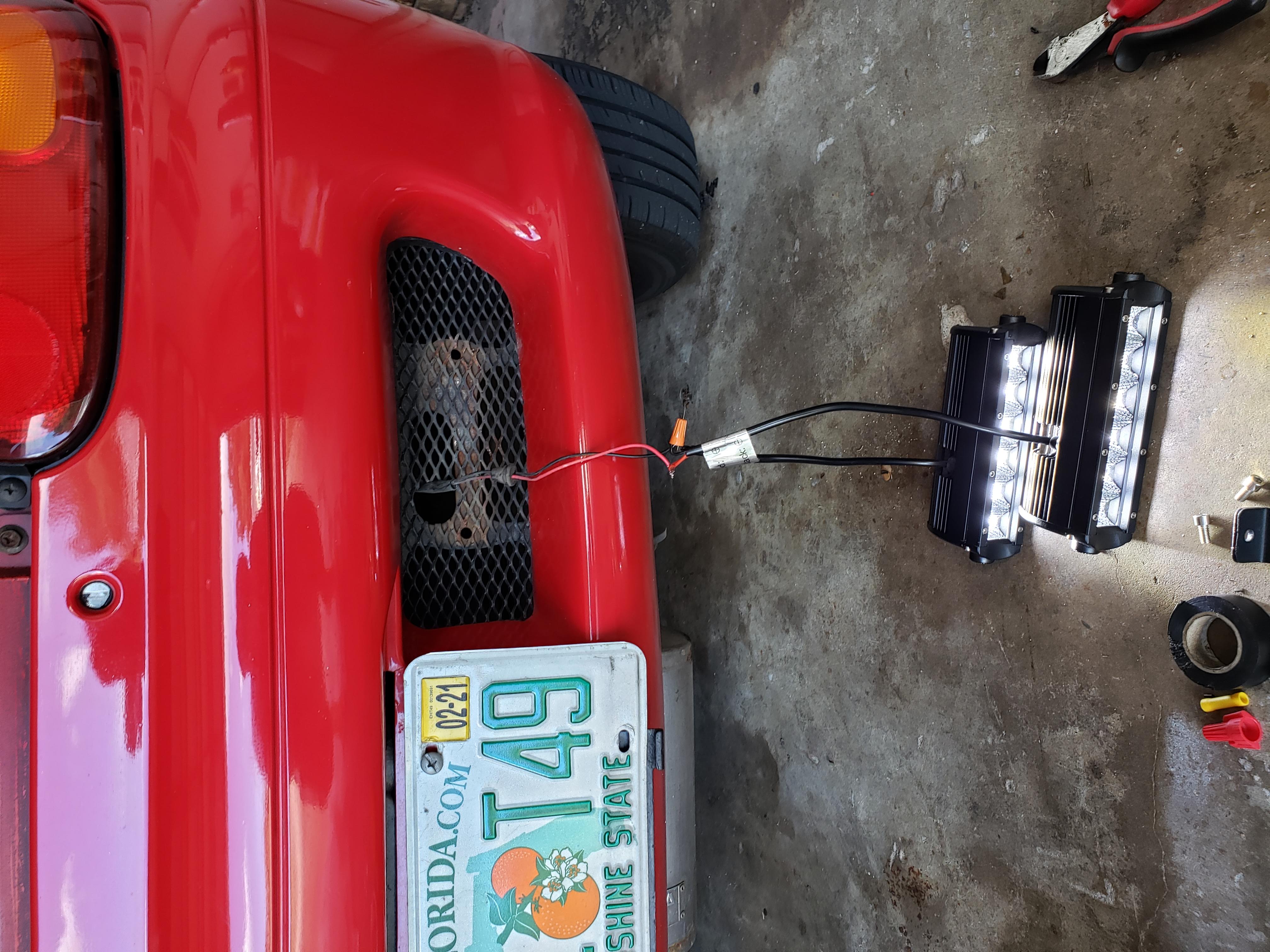 This is how the mounts for work the light bar I bought. 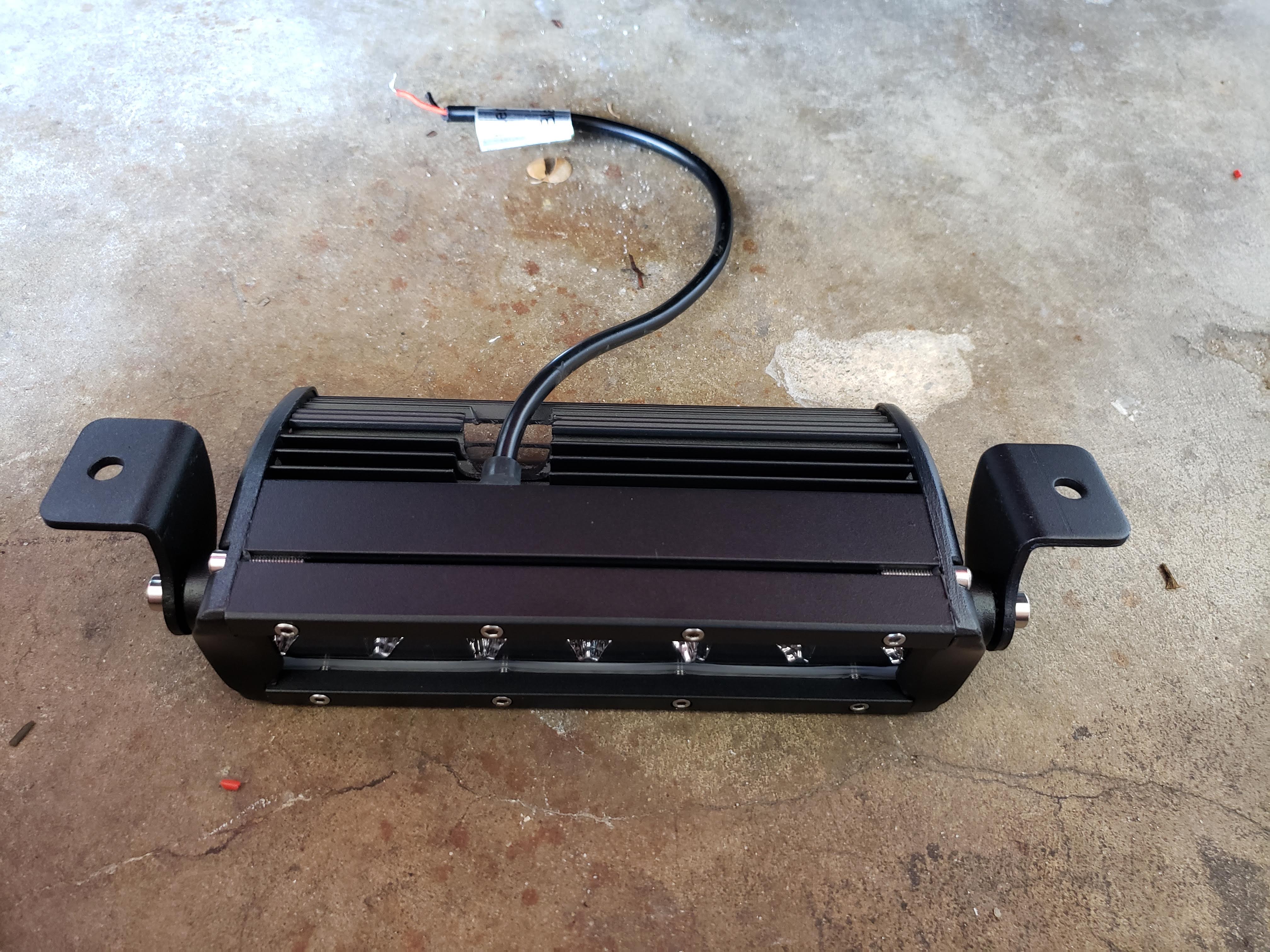 Drilled holes based off where the mounts should sit, this is above the black mesh part of the right side of the rear bumper. 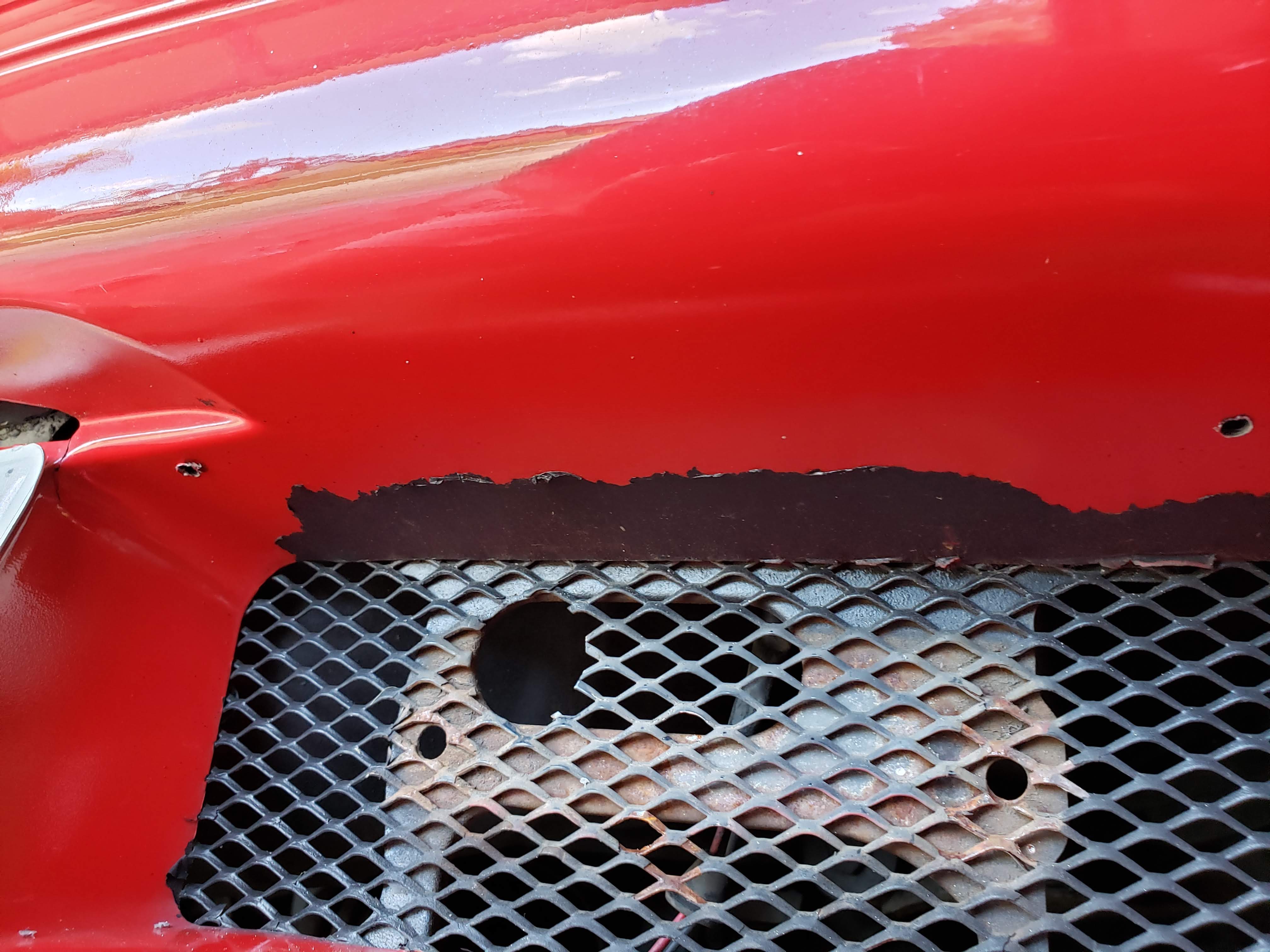 Got the first mount in. This is easily the most annoying part of the project, you have to hold the nut blindly behind the top of the bumper with a ratchet or wrench. Then use the included allen wrench outside of the bumper to tighten the bolt into the nut.

Probably don’t use a ratchet. I did, and the bolt was so long that it prevented me from removing the ratchet once I tightened the hardware in.. so I had to get another wrench to loosen it (since ratchets are one way only, right). Then got the new wrench under the bumper to loosen it. Don’t make that mistake. 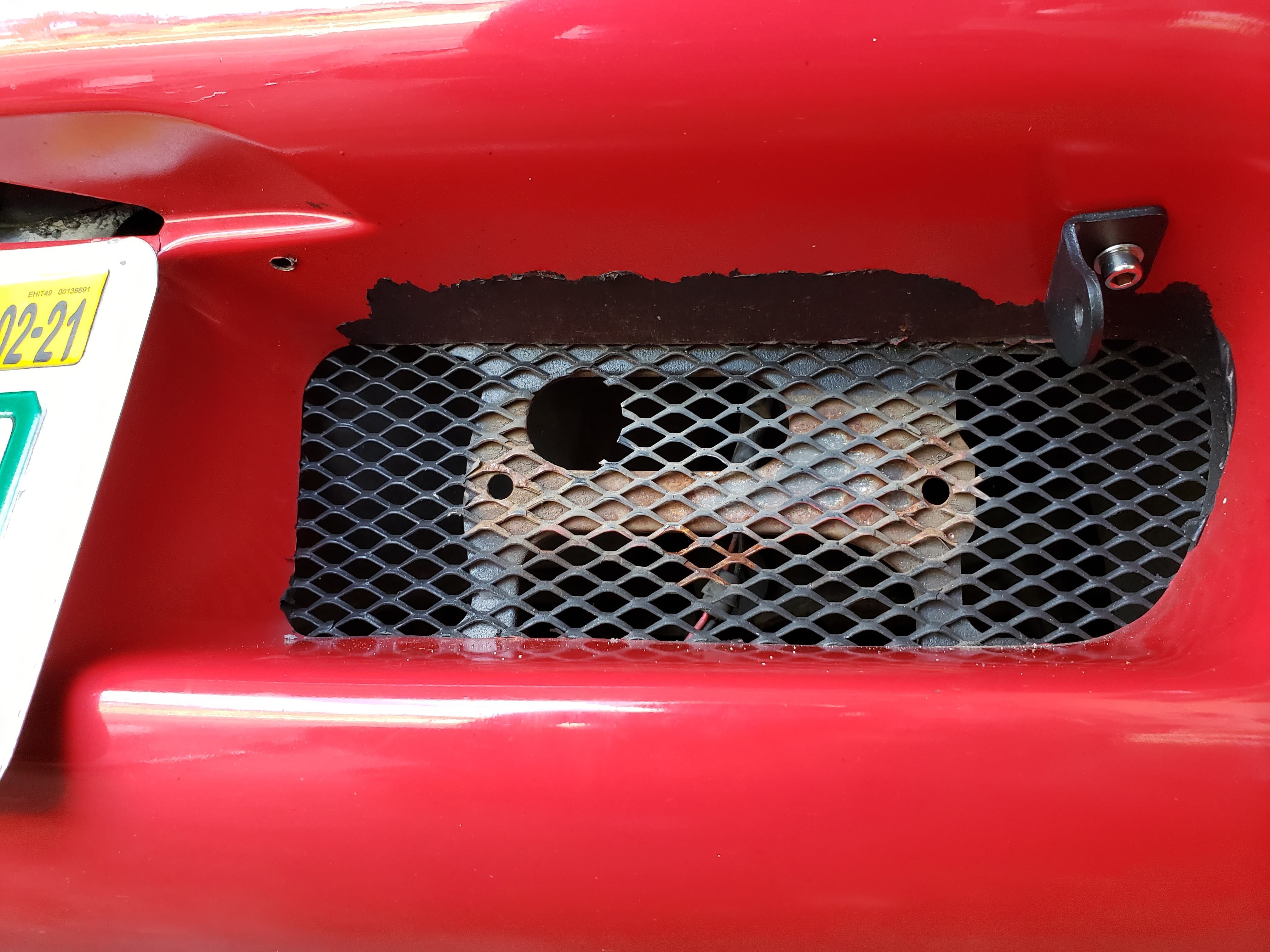 Both brackets in, now you can do the wiring. Red to red, black to black, your choice of electrical crimper or solder, then some electrical tape! 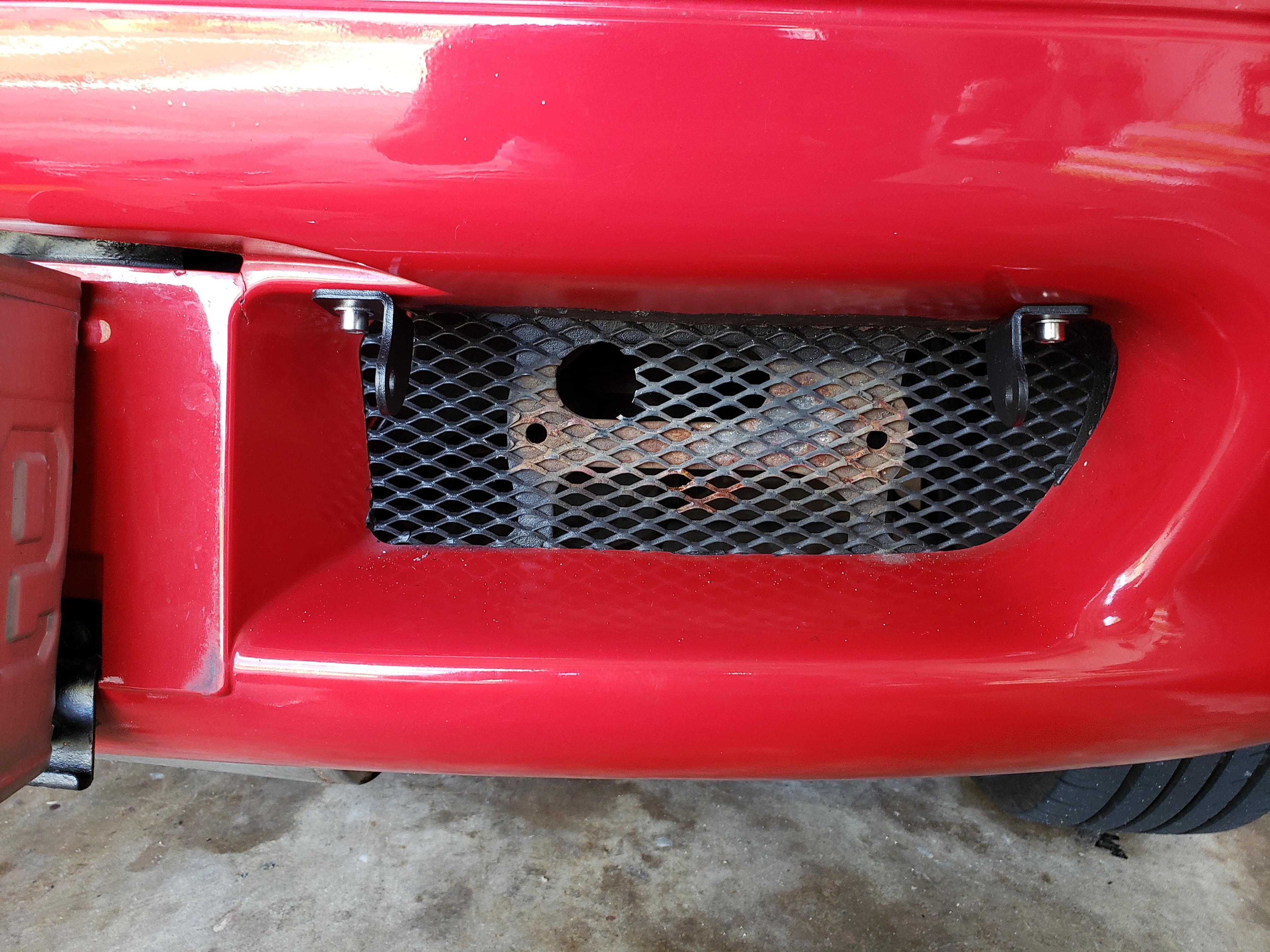 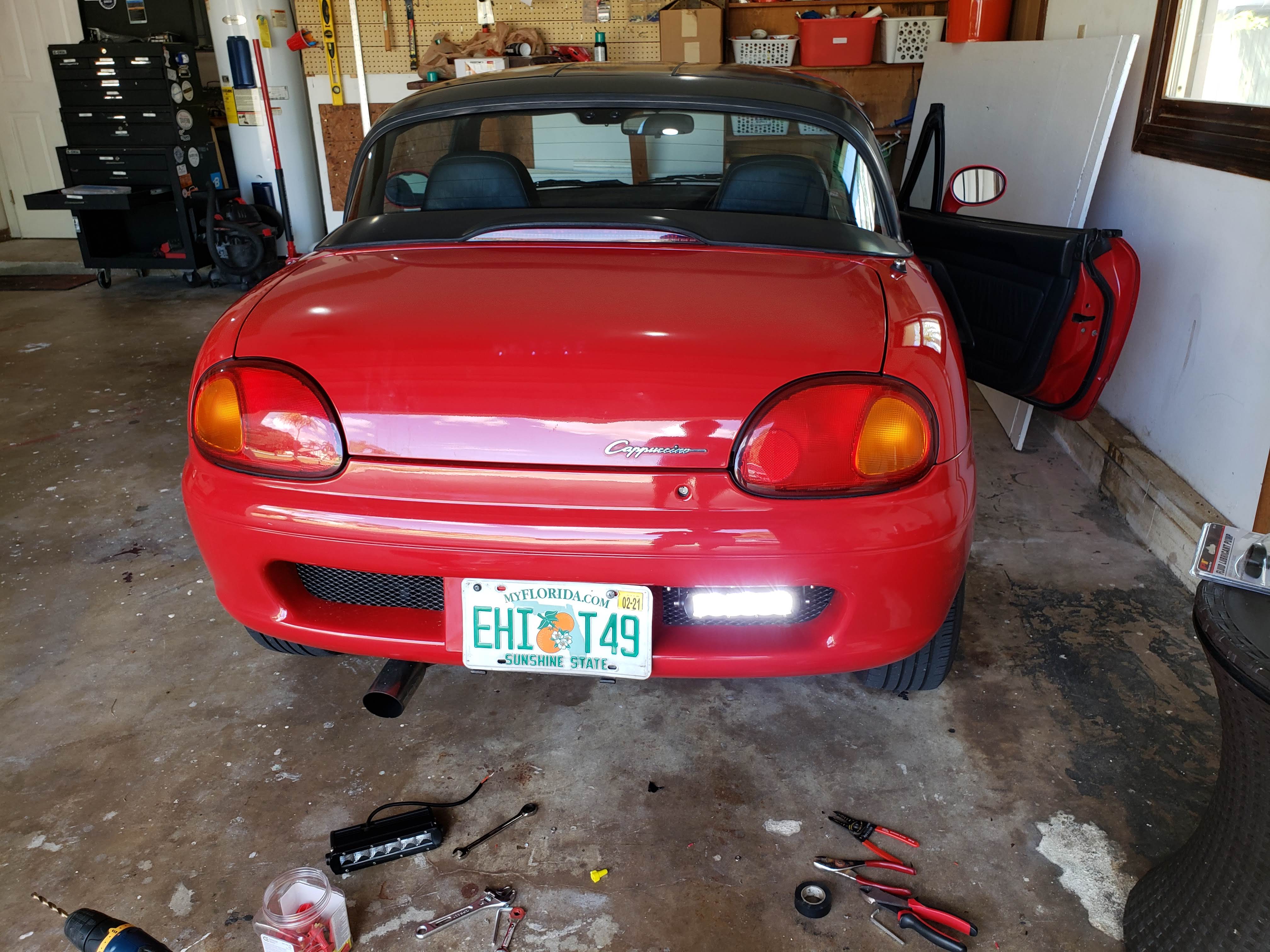 I decided to go with just 1 reverse light bar, since the hardware was so annoying to install, but running an extra 2 sets of wire to the other side of the bumper would make a blinding double reverse light bar combo. Hey, anything to make this vehicle more visible on the road.