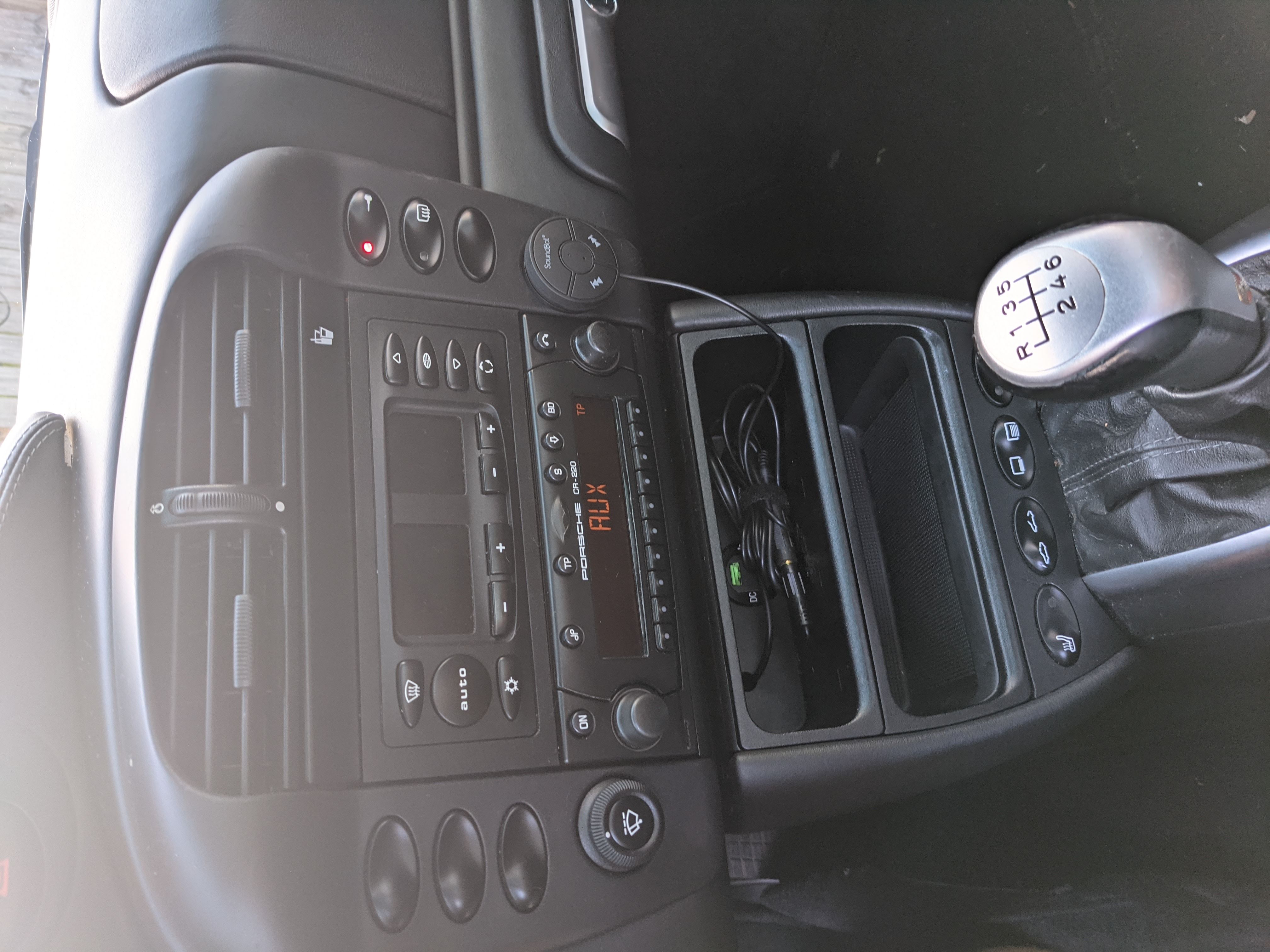 One issue with the 996 911 is that it doesn’t have a switched power source for plug-ins - that means that all the power outlets in the car stay on all the time, even when the car is off. If you leave something plugged into the 12V cigarette lighter port overnight, it will drain your battery.

To fix that, I added a 2x USB Port Adapter to plug into the factory “phone port”, an unused accessory port that Porsche included from the factory. This was relatively simple to do, and the power source I tapped into is switched

First, find the phone plug. It is located behind the radio. I took off the foorwell carpet cover on the drivers side, and just reached inside and found it. It has 4 wires going into the plug.

So I tapped the positive (red) into a plug that I connected to wire #3, and the ground (black) I connected to wire #1. Test it - the USBs should only have power once you turn the ignition on, then turn off when you turn the ignition off. One way to do this is with T-taps. I then used tons of electrical tape - both to elimintate intereference, but also I don’t want this wires coming undone while driving. 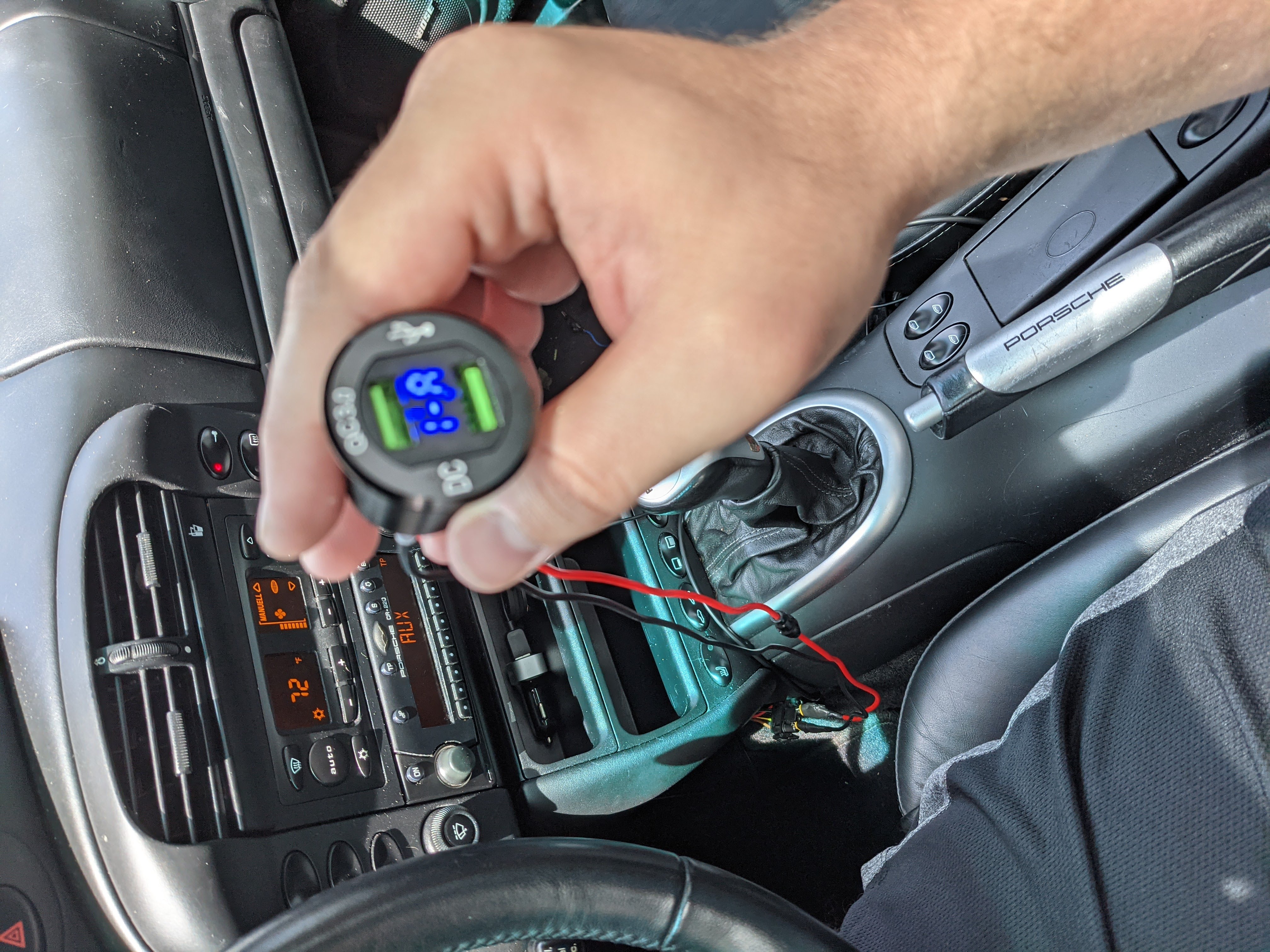 Finally, decide where to mount it. I considered in the center console (not enough room to mount easily), in the glove box (worried it would move too much), replacing the existing 12V cigarette lighter port (but I want to use the 12V for a radar detector sometimes), or in the passenger footwell (couldn’t find a decent spot to mount it easily). I decided to use the little pocket cubbies, and mount at the back of them. Reaching inside is a little difficult, but not too bad. 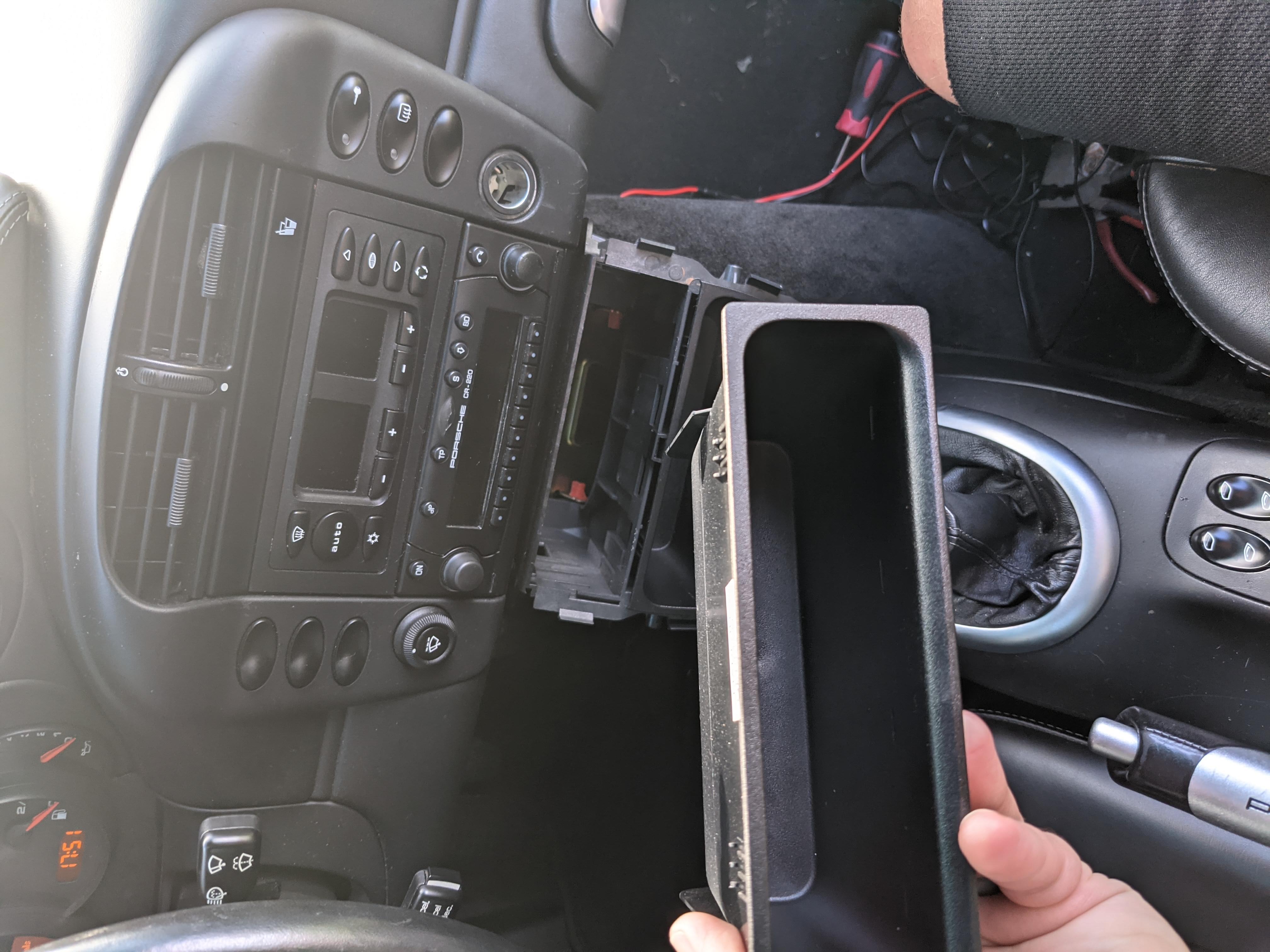 To install it in a cubby, remove the 2 side pieces by just pulling. Then pull the cubby, should come out super easy. 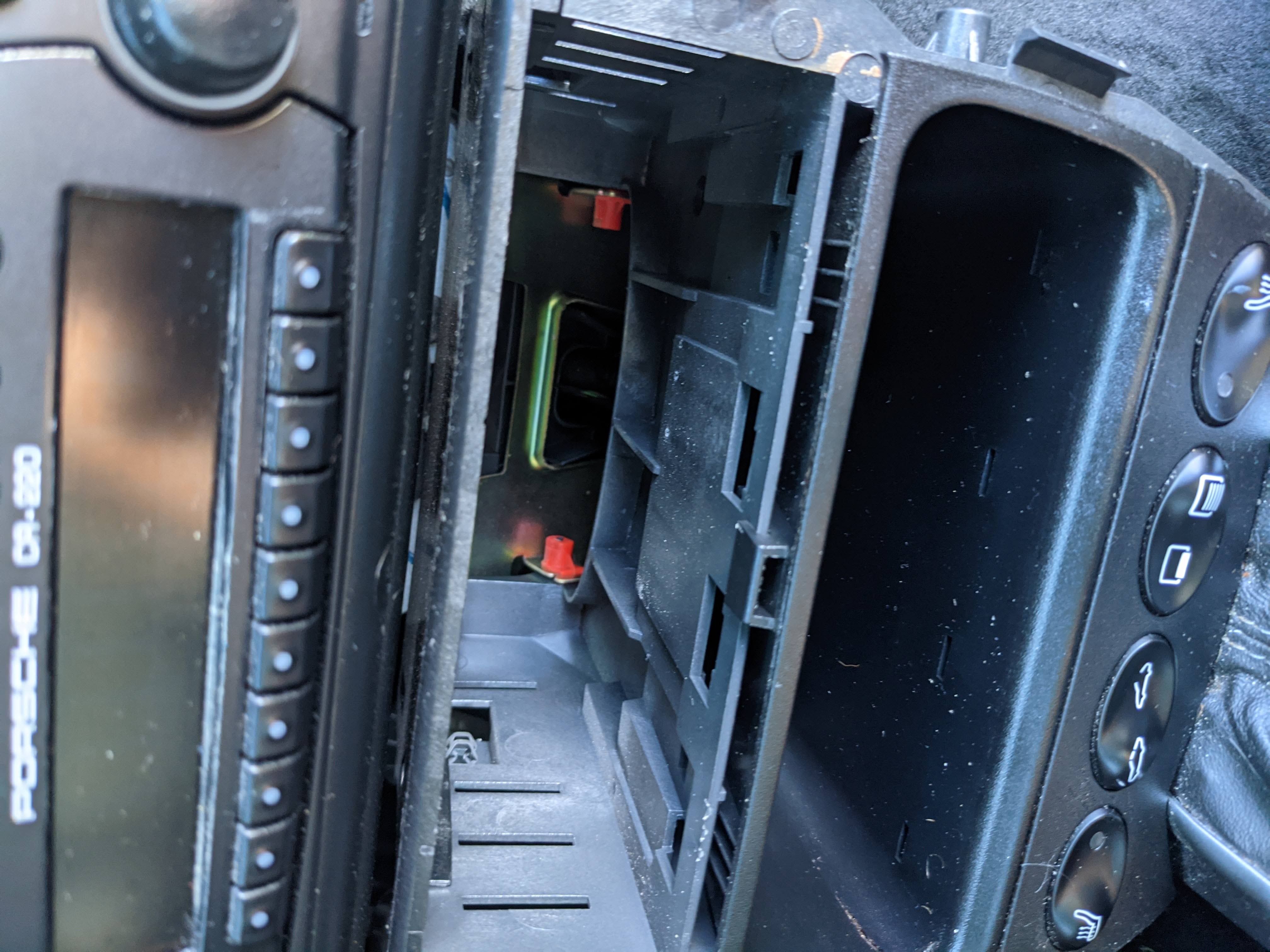 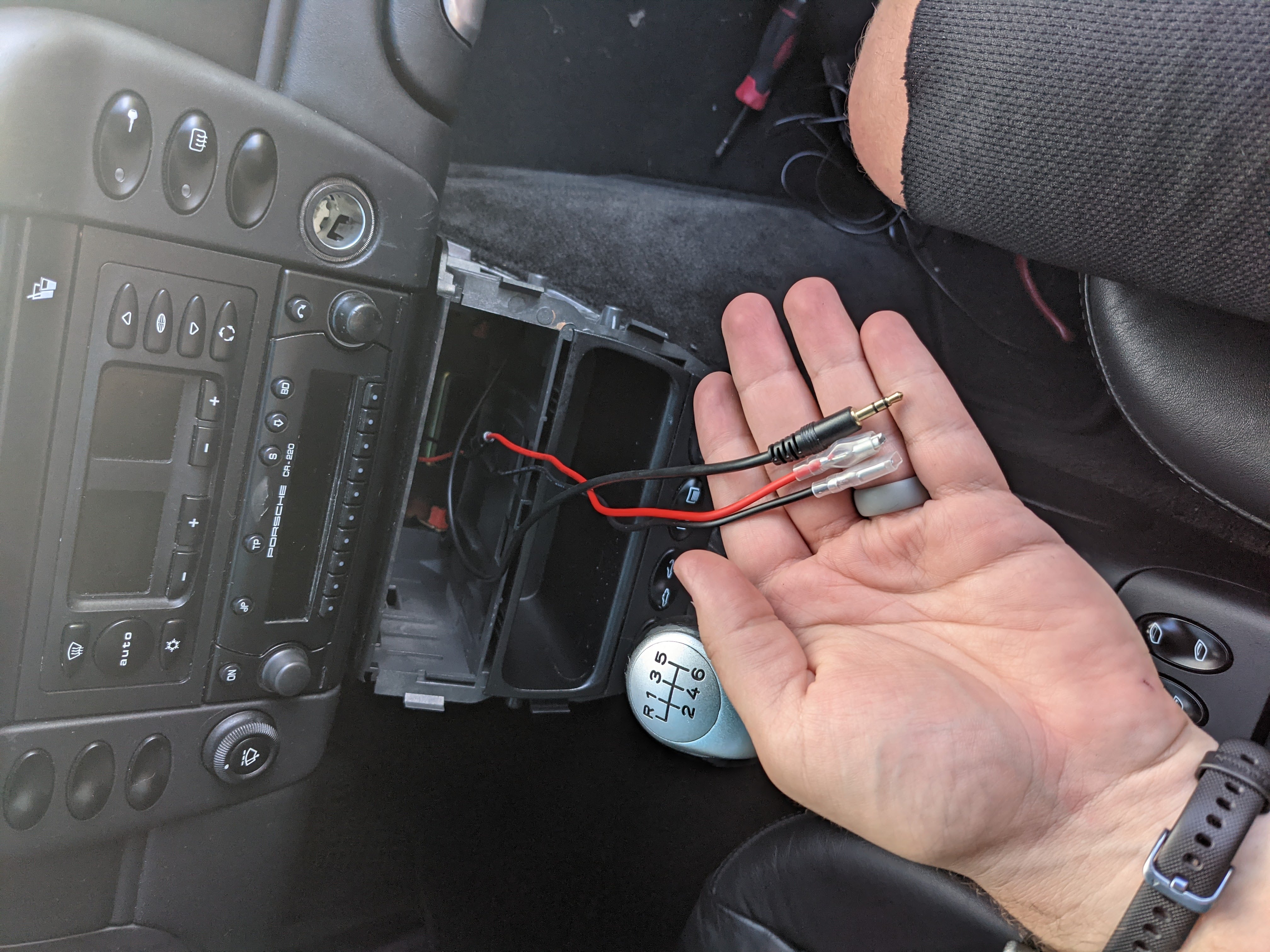 Drill a hole the right size for your adapter, mount it in, run the wiring, done. I also ran an AUX cable, so I drilled one of the small holes slightly larger so that the AUX cable could fit. Installing it this way means that you can’t use the rubber tray cover, so throw that into storage. If you decided you don’t like the USB adapter, or whatever plug you use, you can simply use the rubber tray to cover it all up. 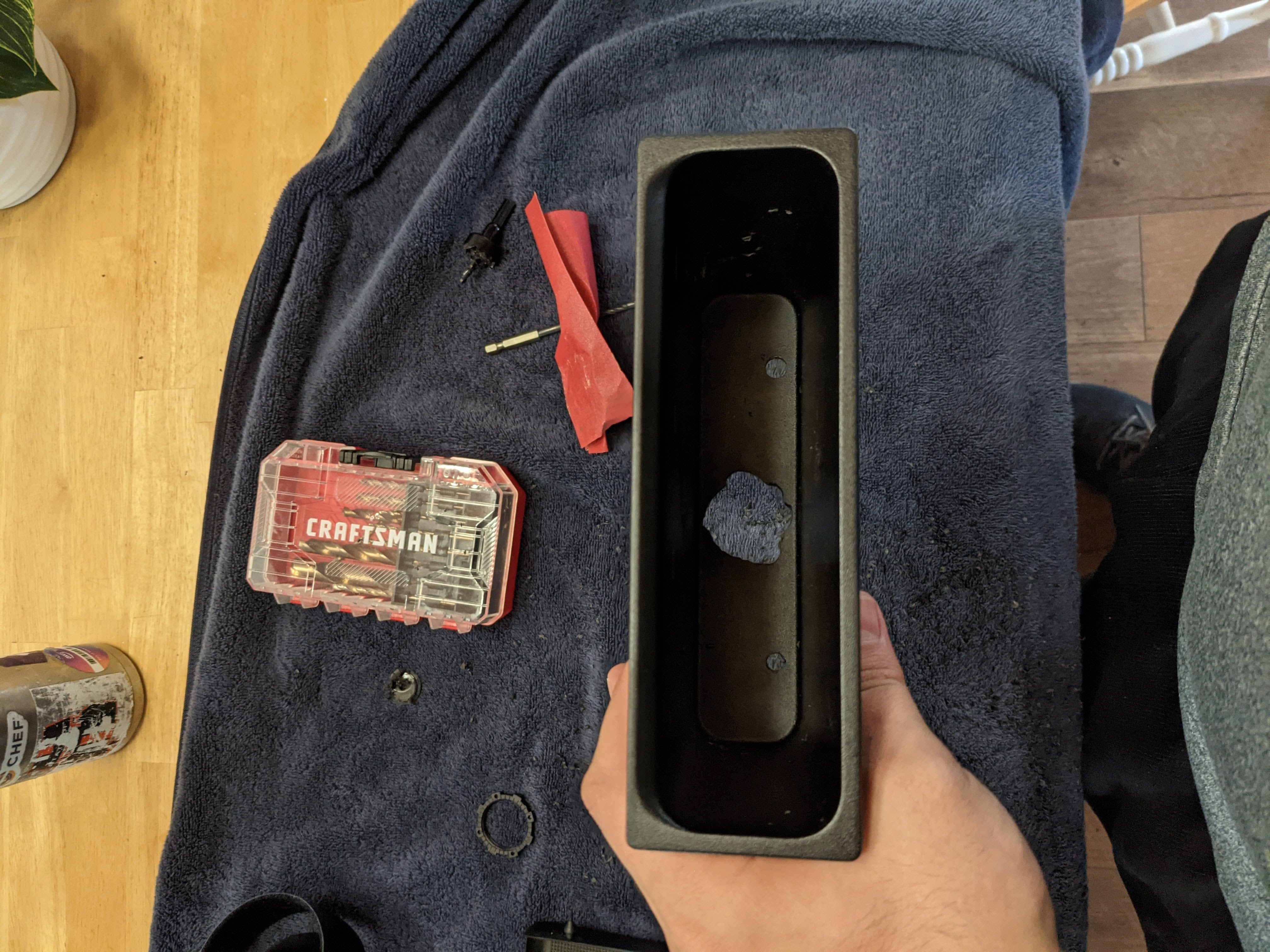 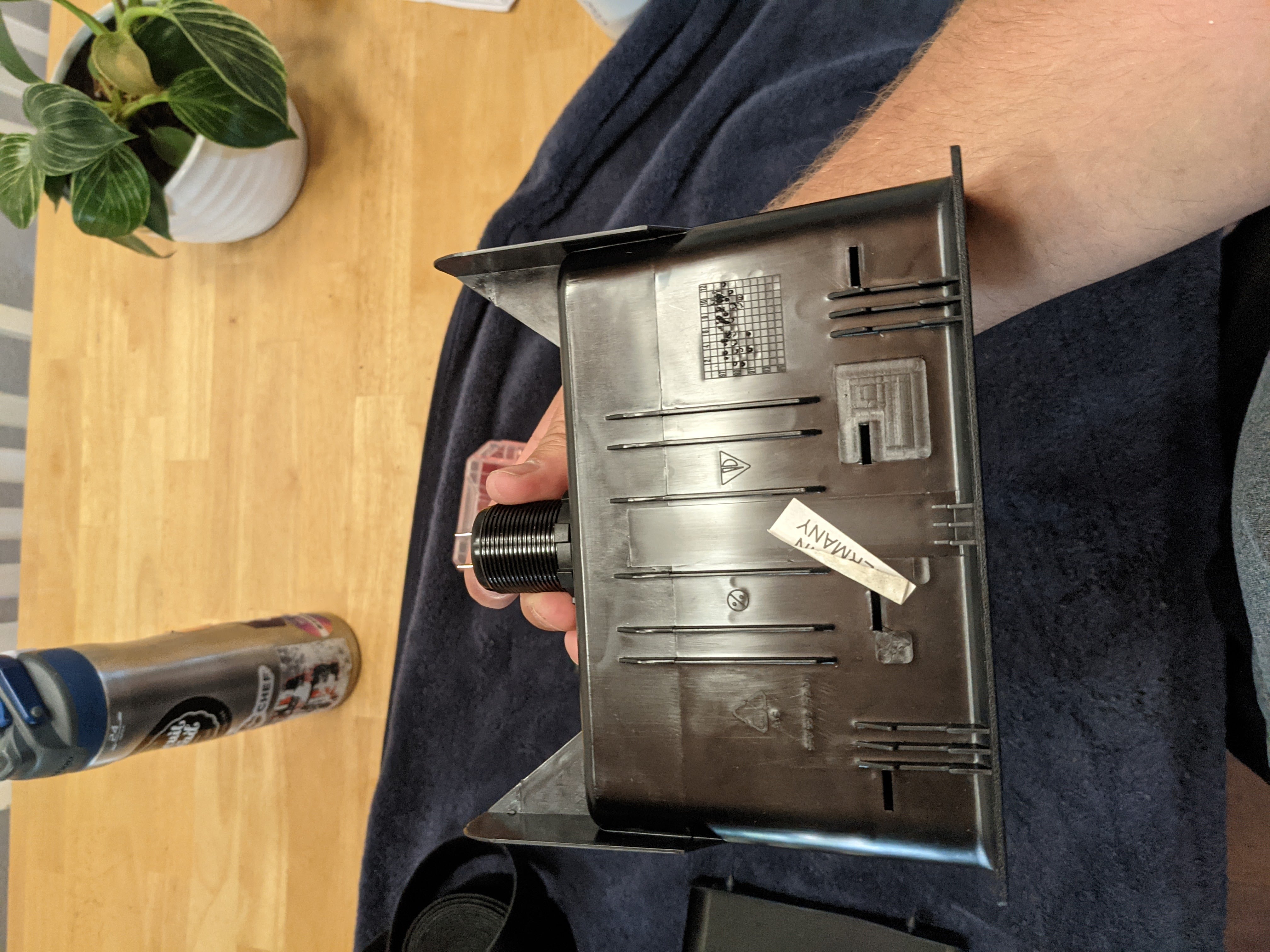 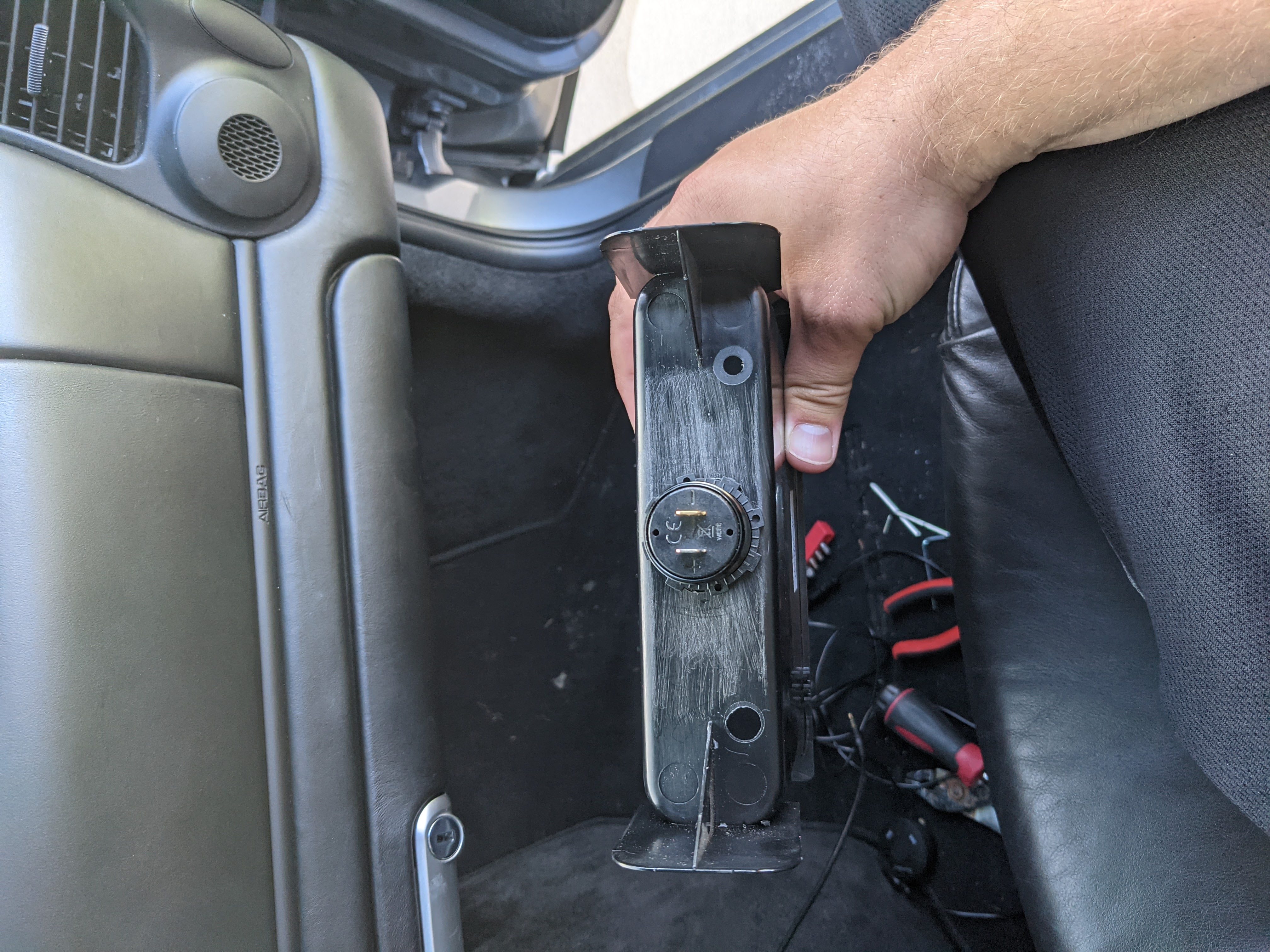 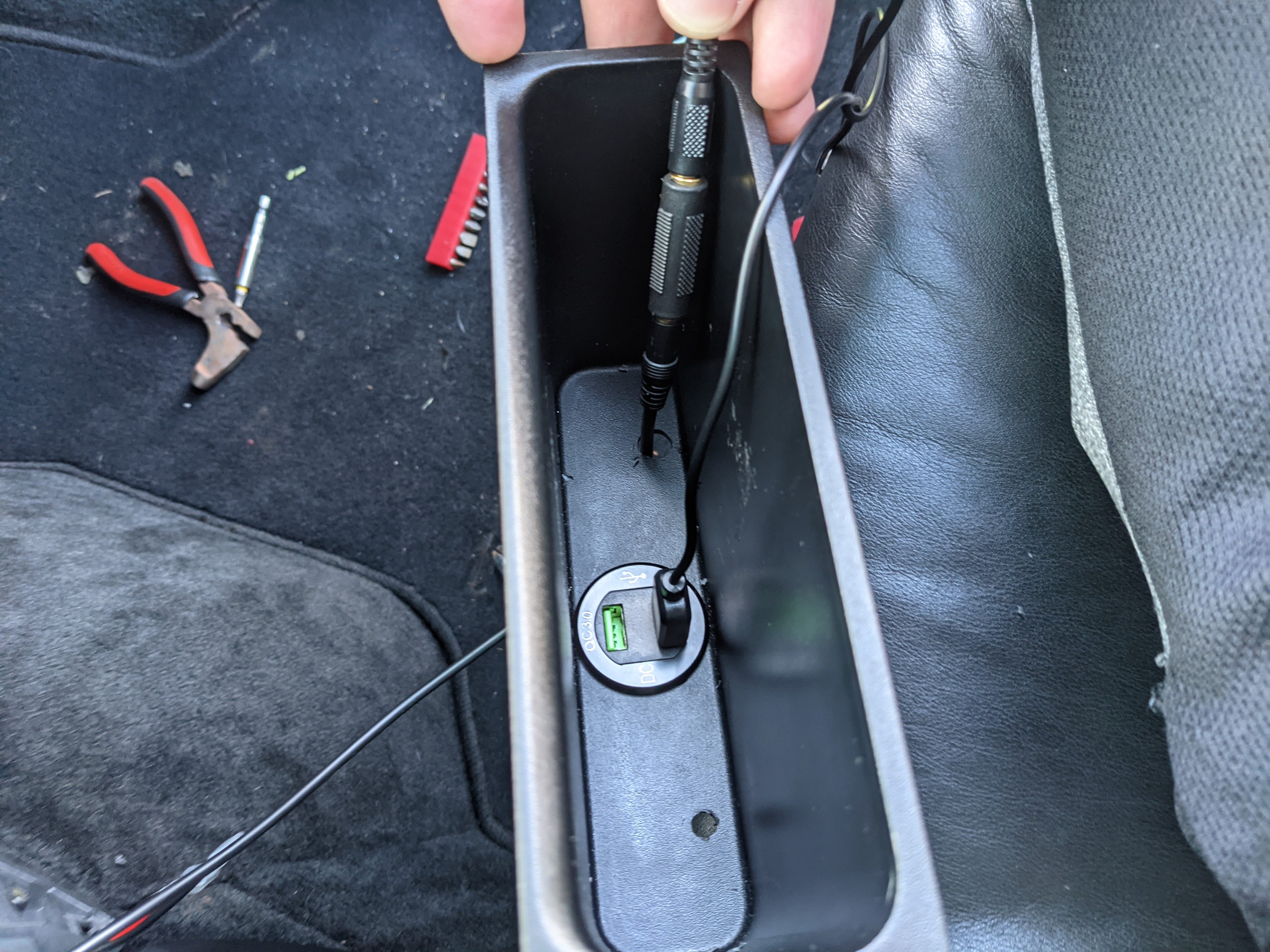 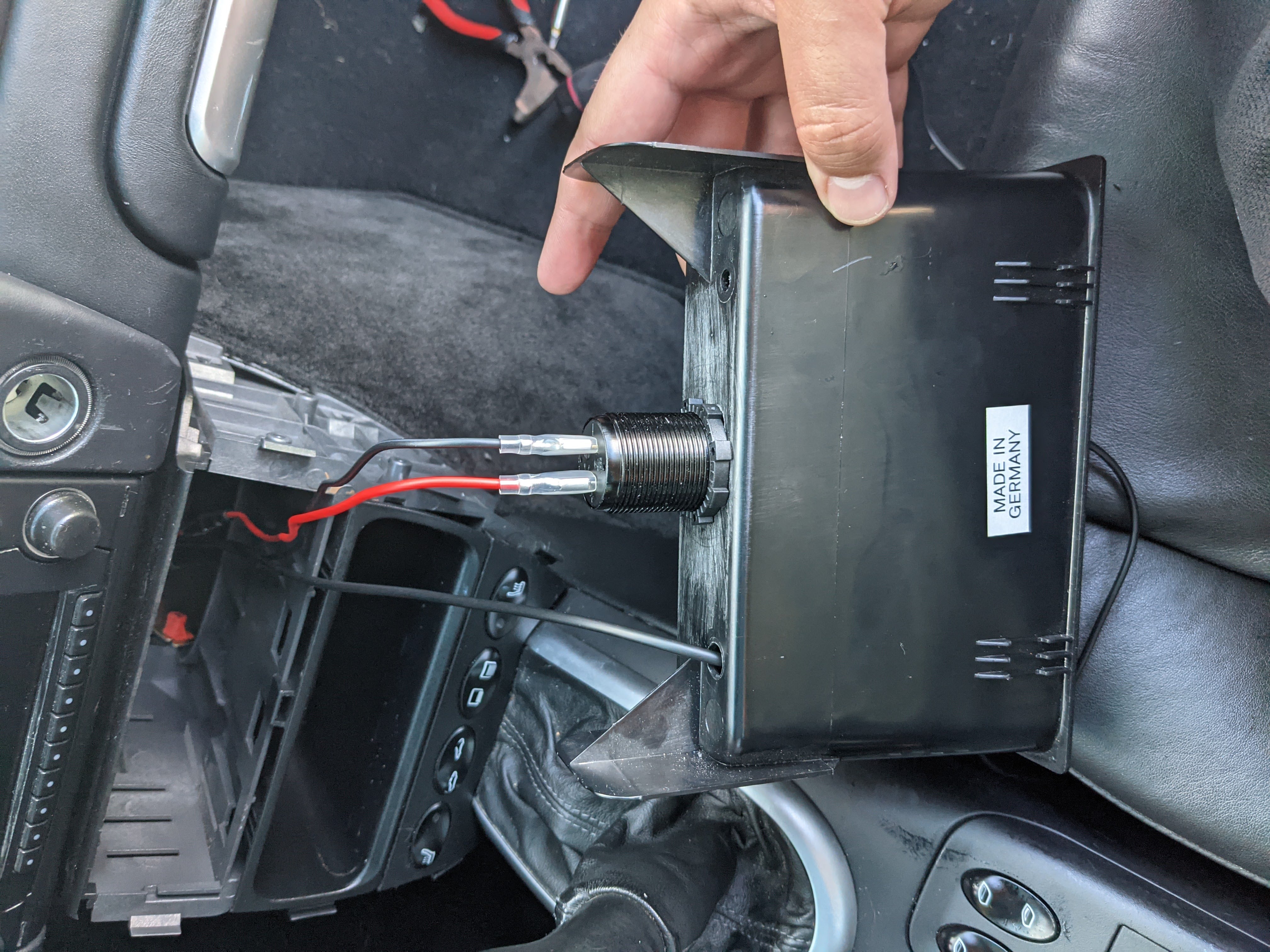 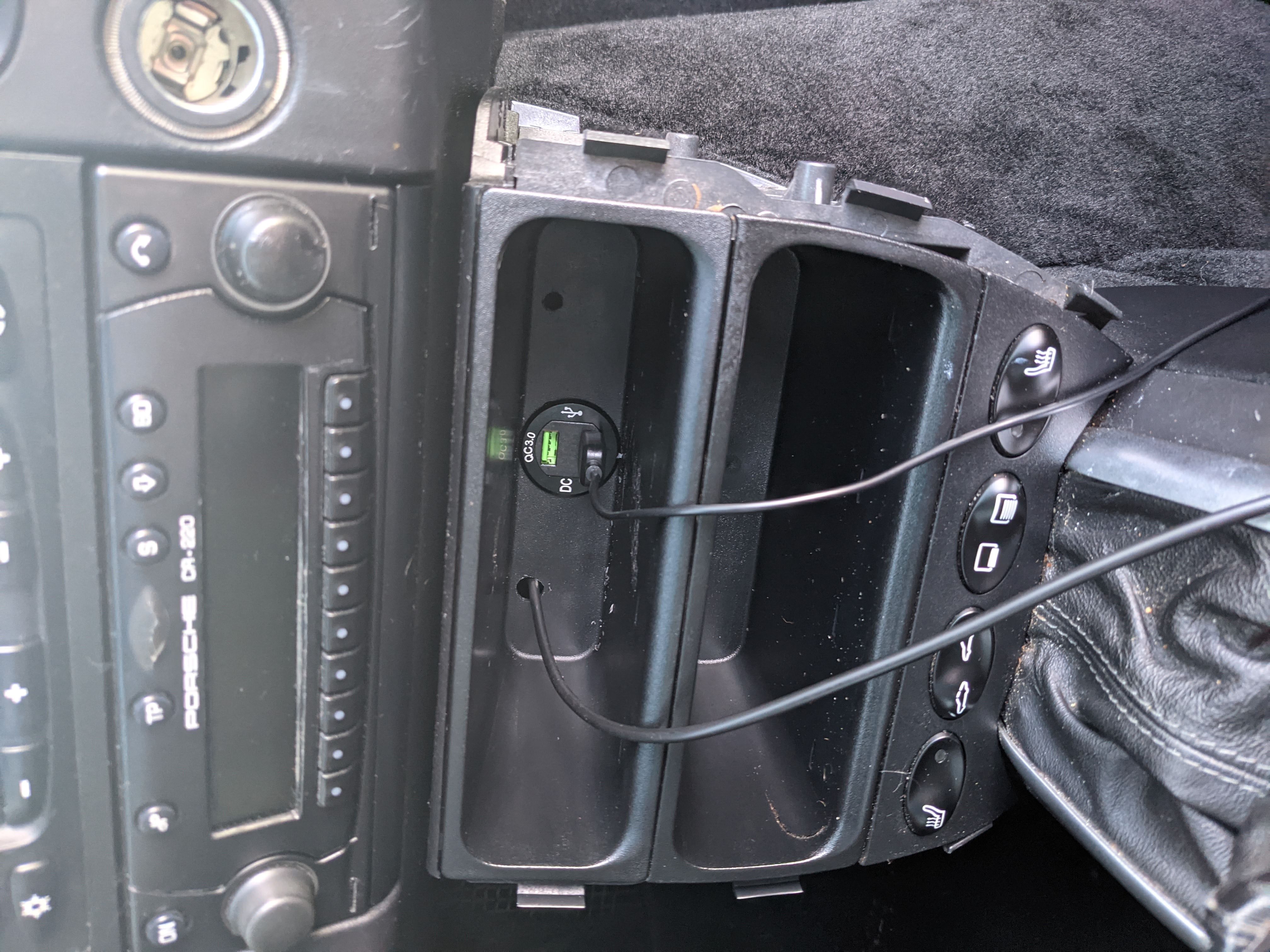 Now I have switched power, and my Bluetooth adapter won’t drain the battery in my 911.