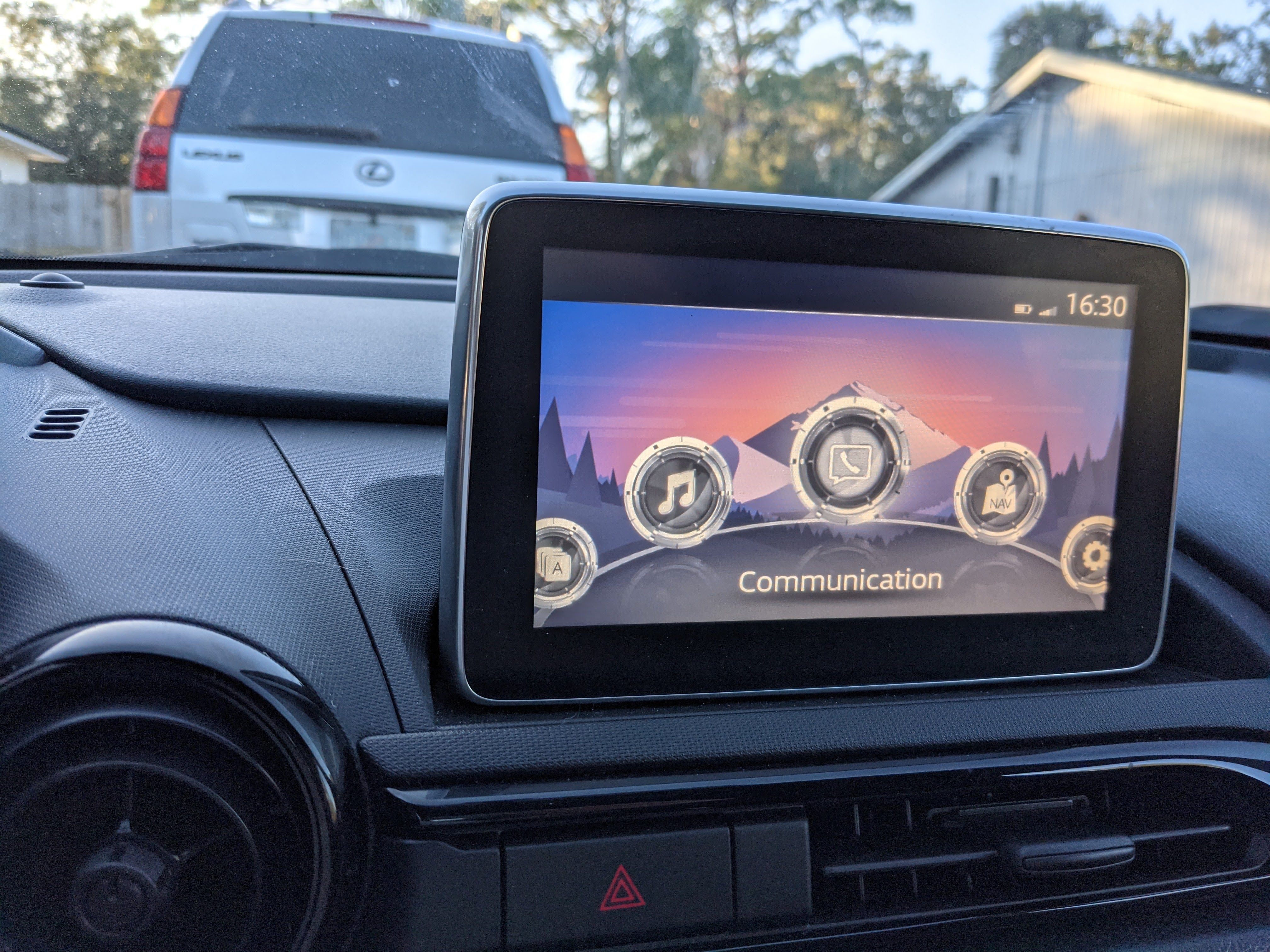 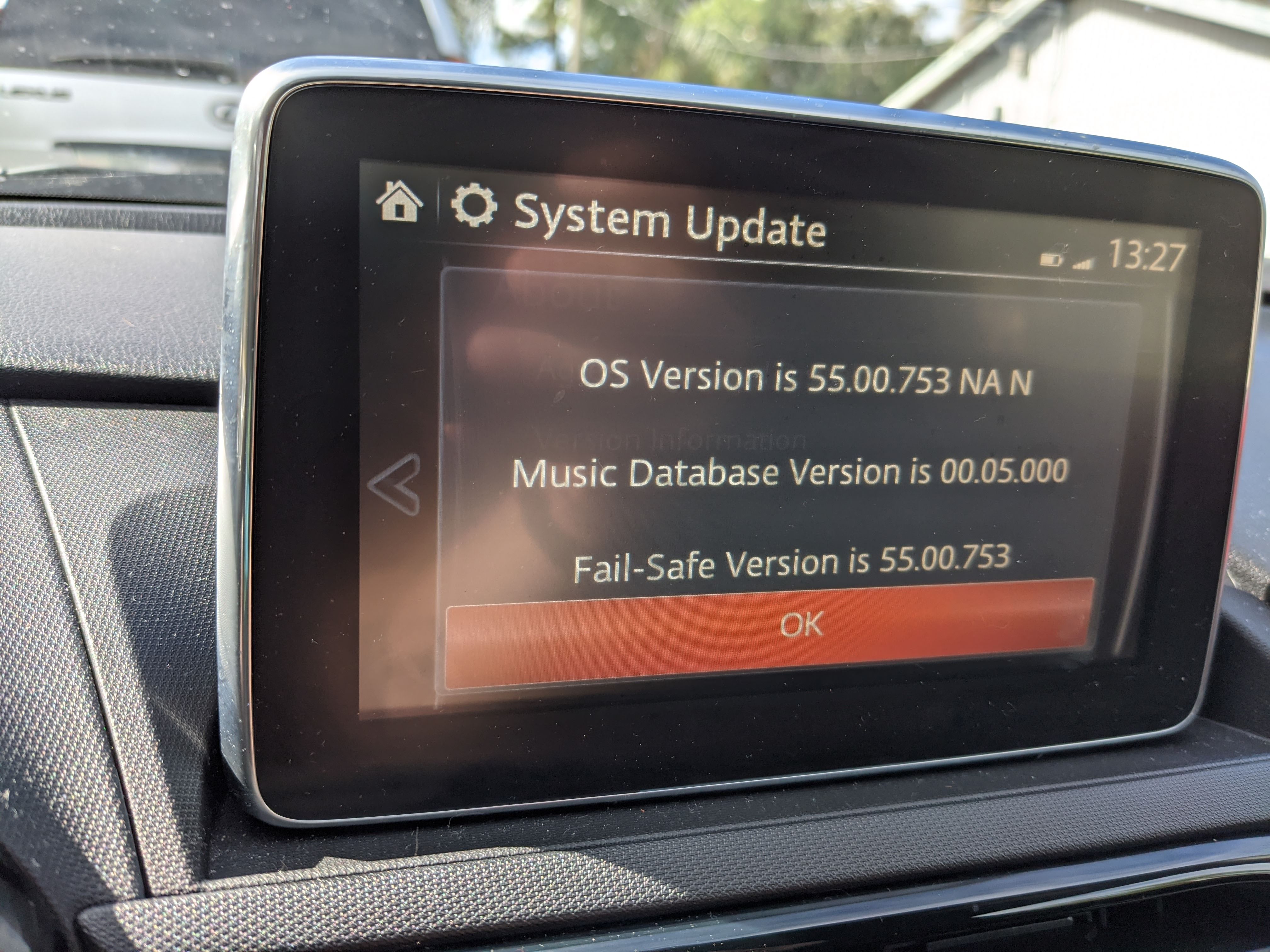 First you have to install the Mazda AIO Tweaks package for your computer, I used my Mac (it works on Windows/Mac/Linux), and have an empty USB drive formatted to FAT32. I used this cute cupcake USB drive because it’s all I had. 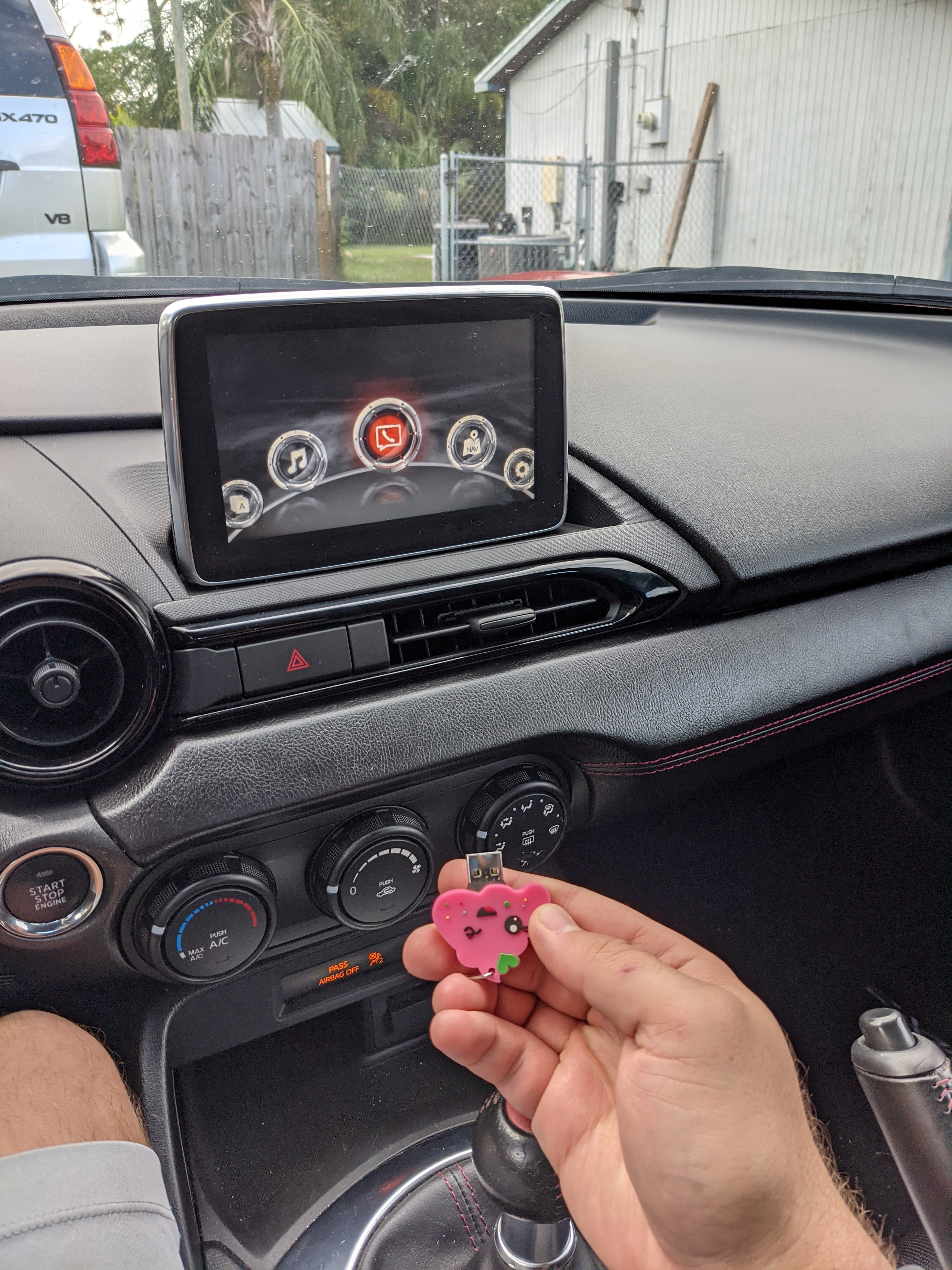 It takes about 2 minutes of being plugged in before it prompts you to install. 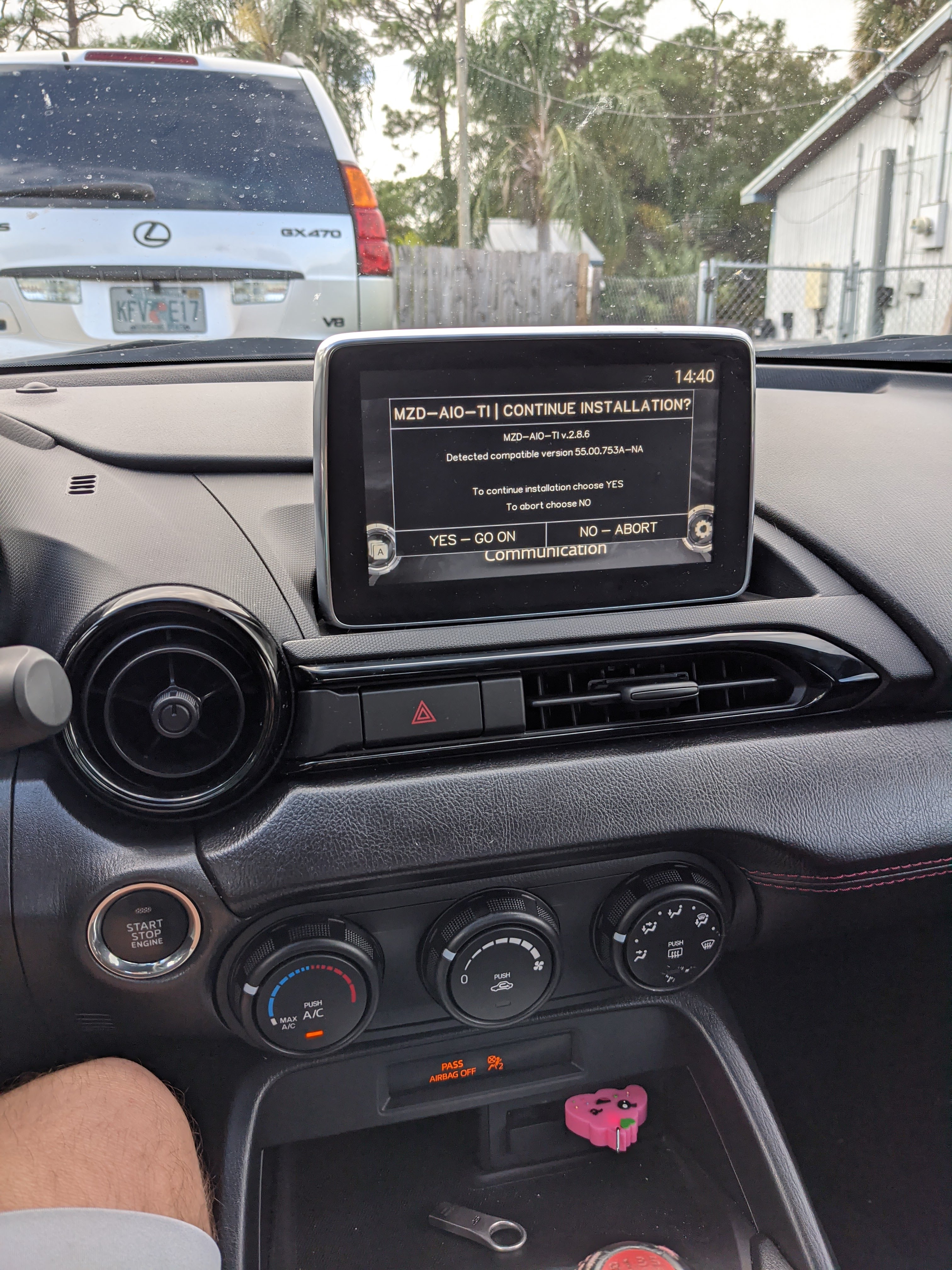 I enabled the touchscreen while driving - it normally turns off at 5MPH. 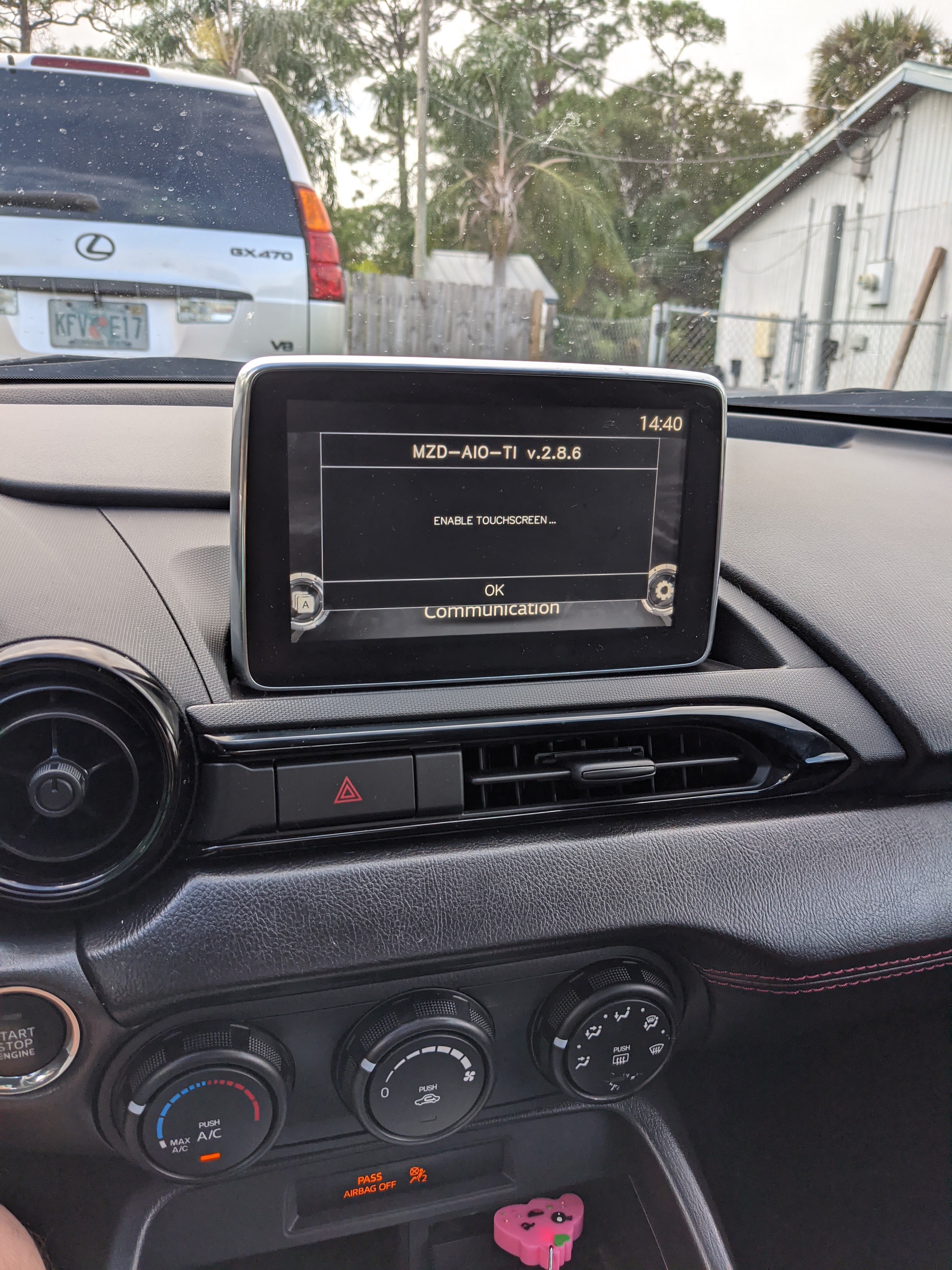 A speedometer app - this has a reaaaaaally slow refresh time so it’s not super useful. 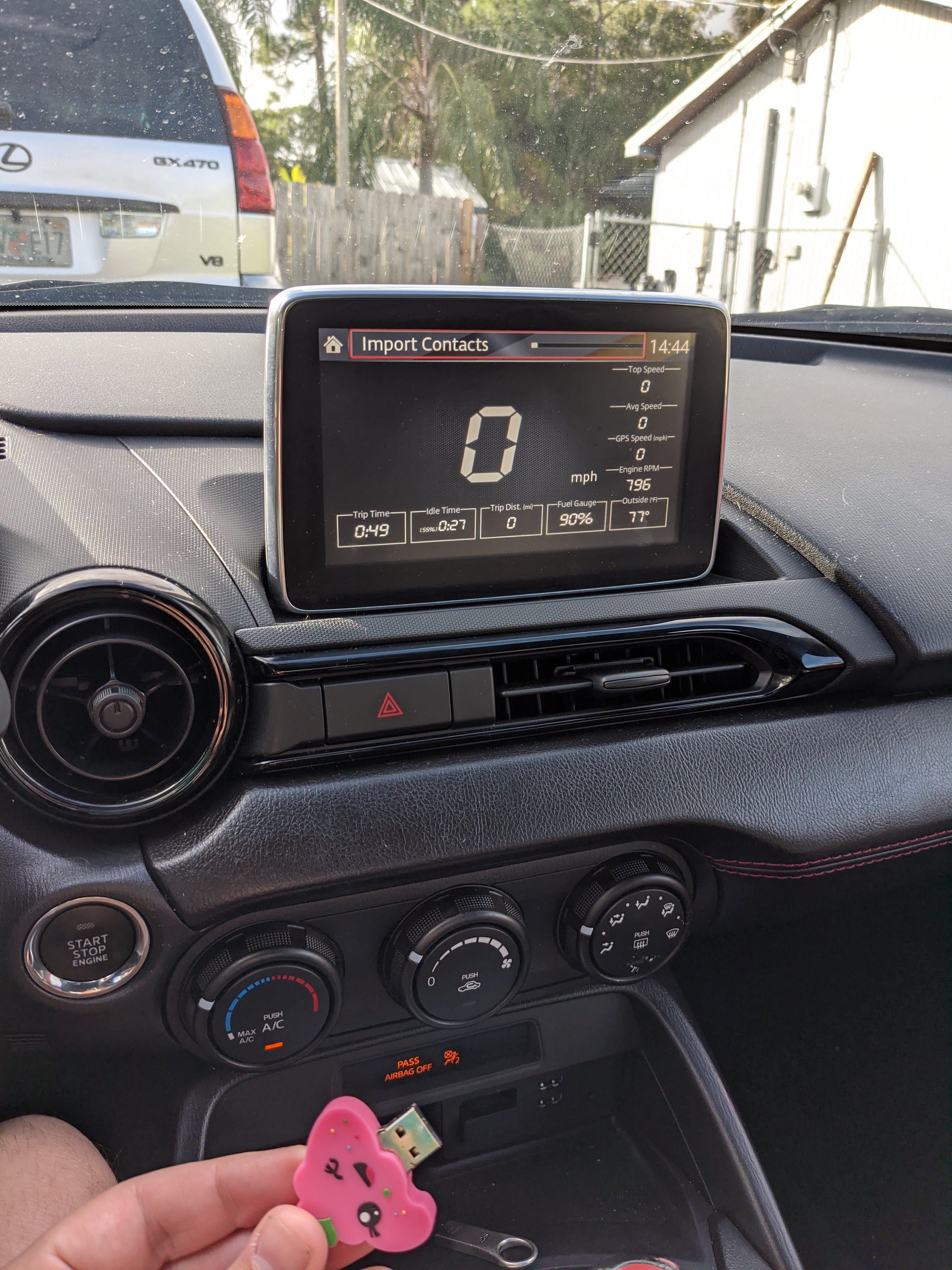 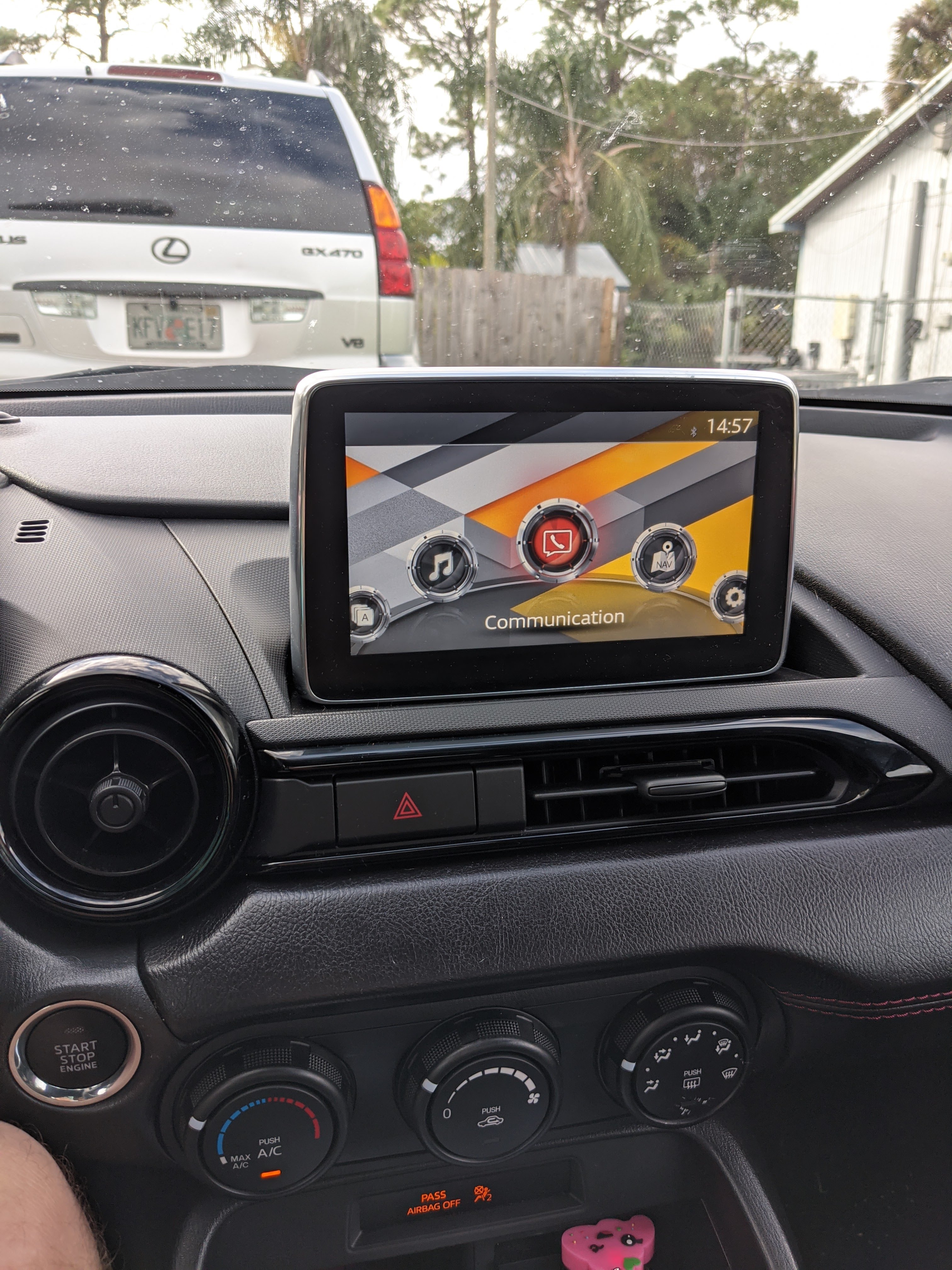 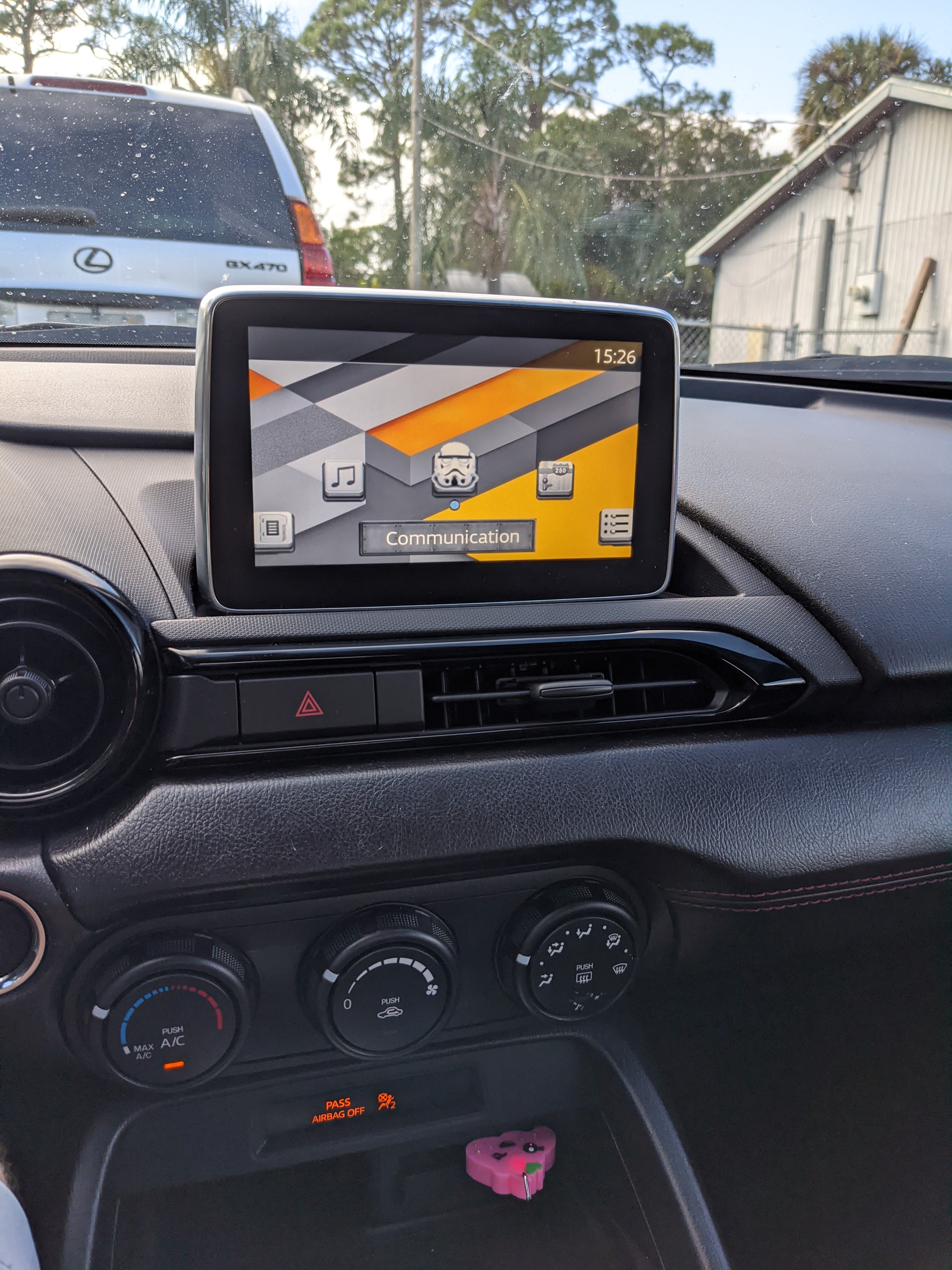 Changed the boot animation to a cooler Mazda race theme. Also disabled all the pop up messages on startup. 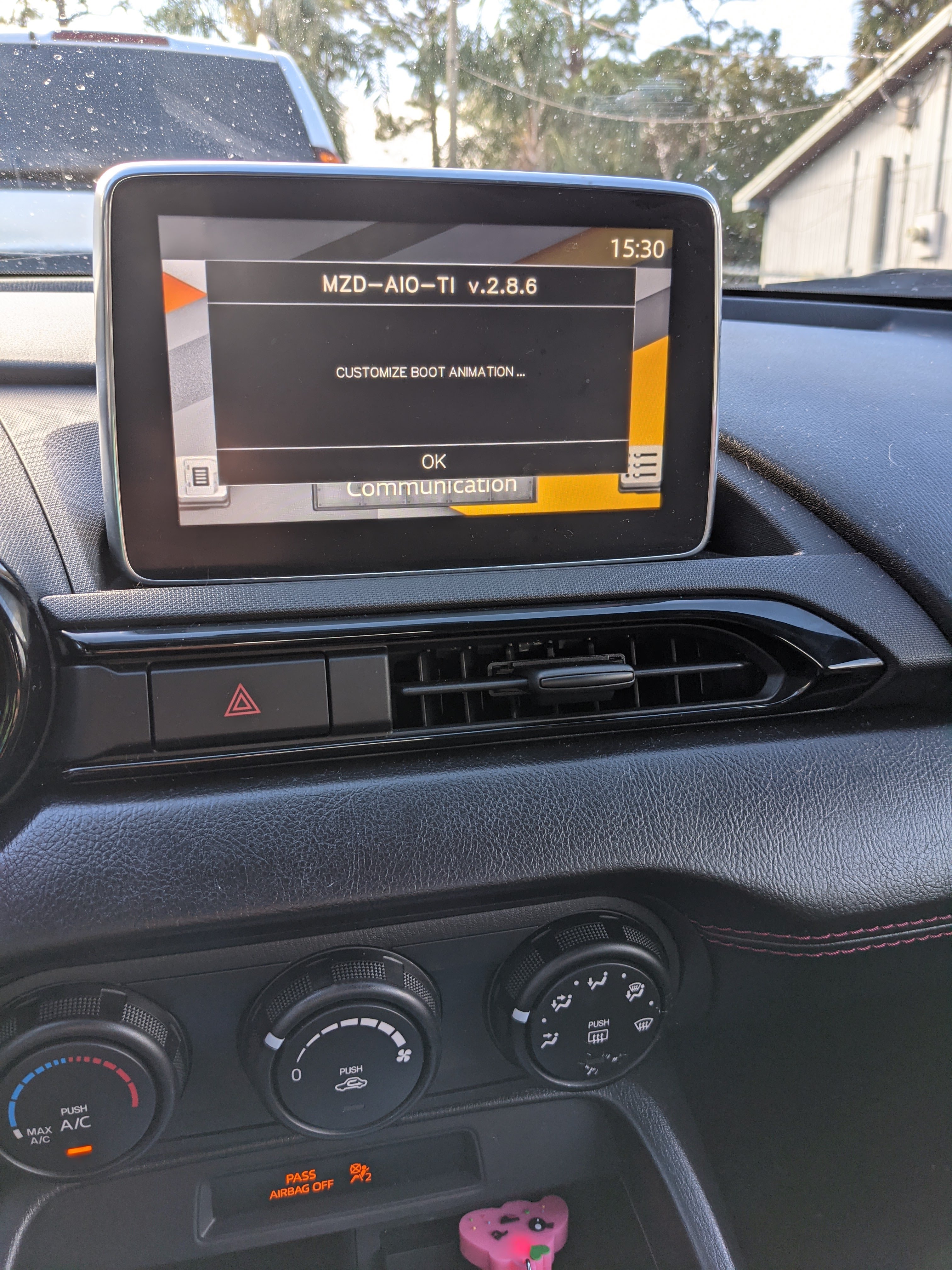 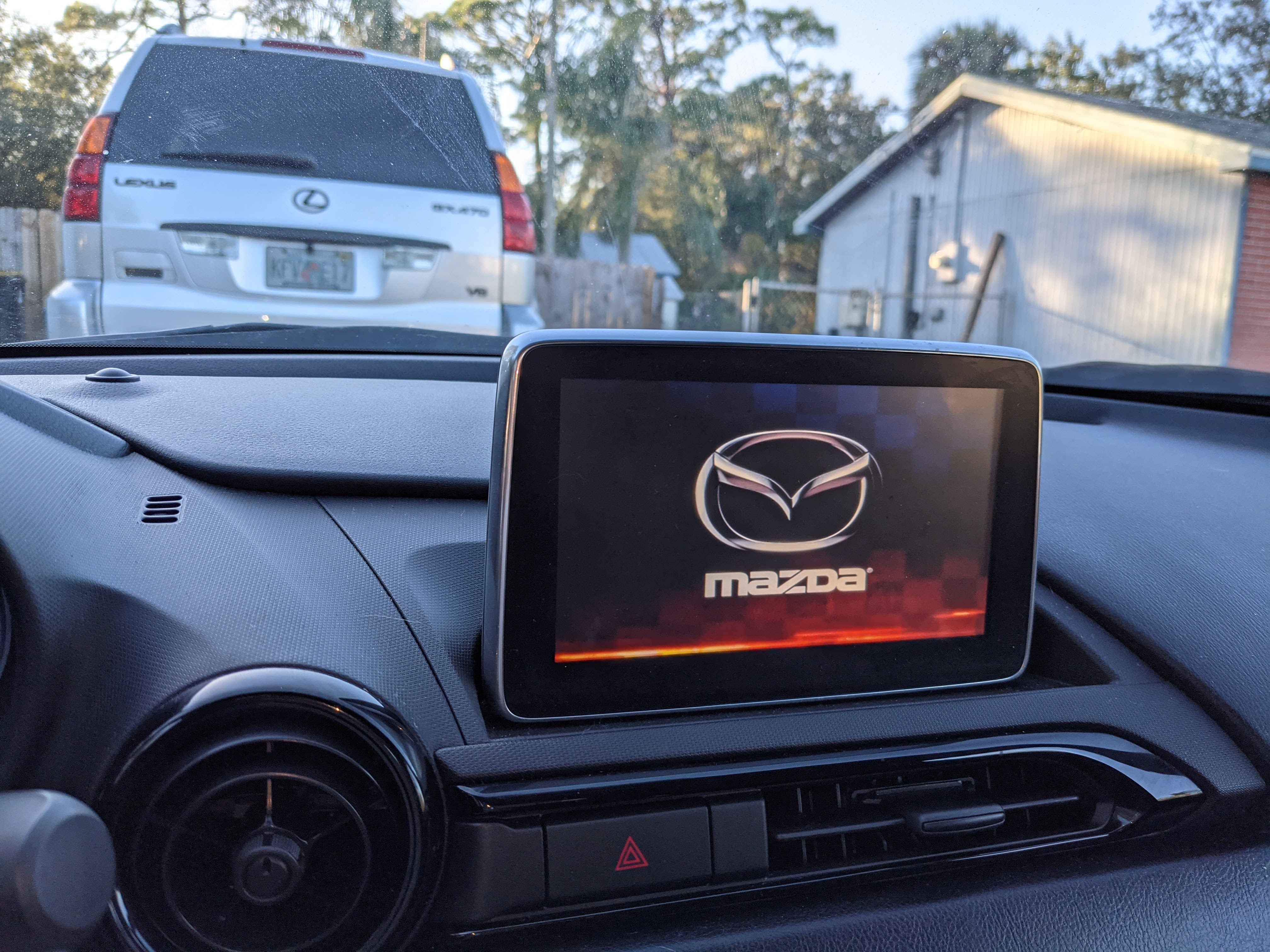 Now it makes less annoying noises at me. 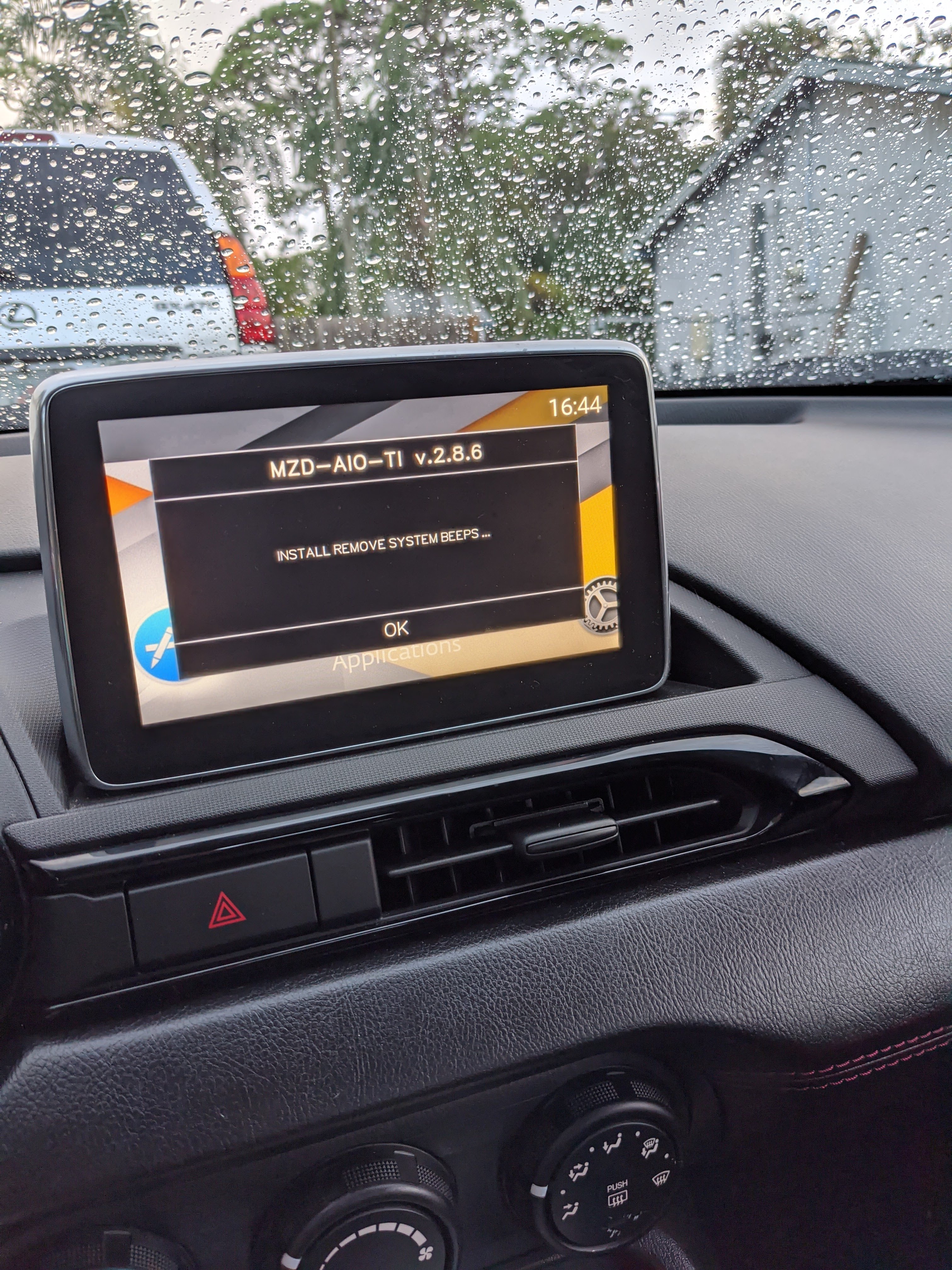 Also changed the order of the audio inputs - something Mazda didn’t let you do. 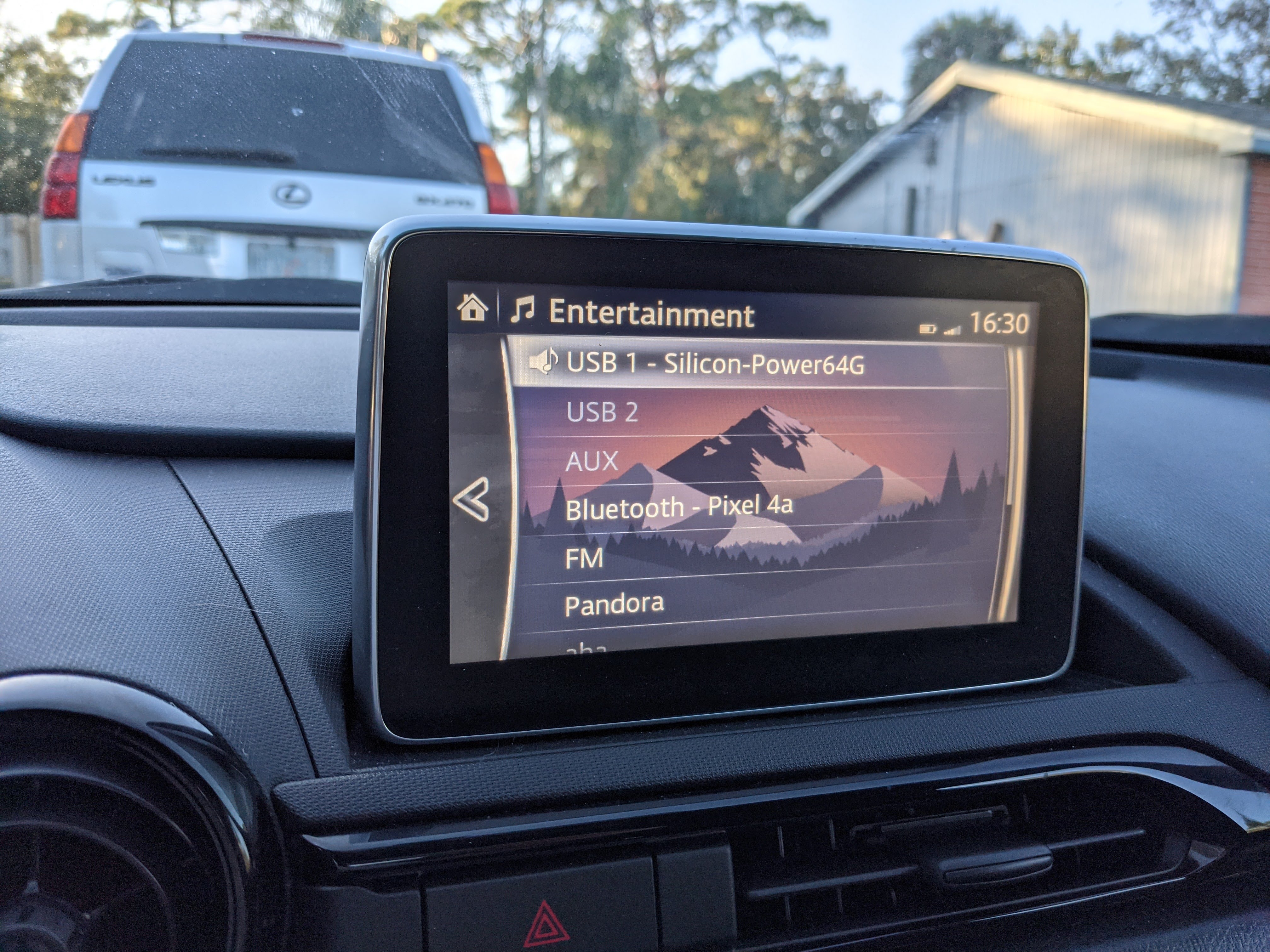 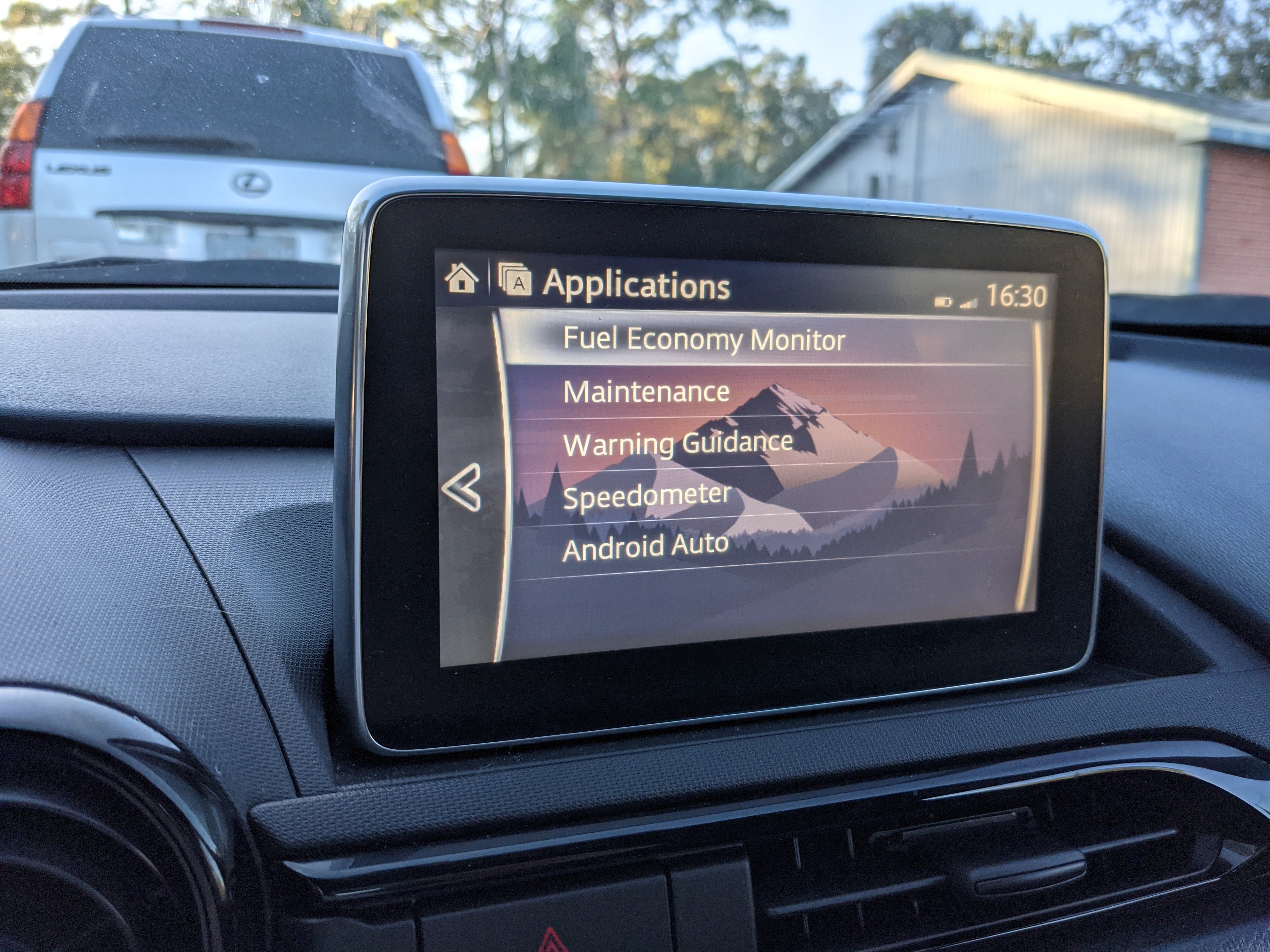 There are some neat other tweaks, like pause on mute, disabling the nav pop up, removing the reverse camera warning (which will come in handy when I install that). You can also speed up the screen by decreasing the animation time, allowing videos to play while driving, all kinds of customizations. Highly recommended if you have a Mazda with a newer Infotainment screen.

You can also install as few or as many tweaks at once - I ended up doing about 7 different USB inserts in my Miata to find the right theme I liked! 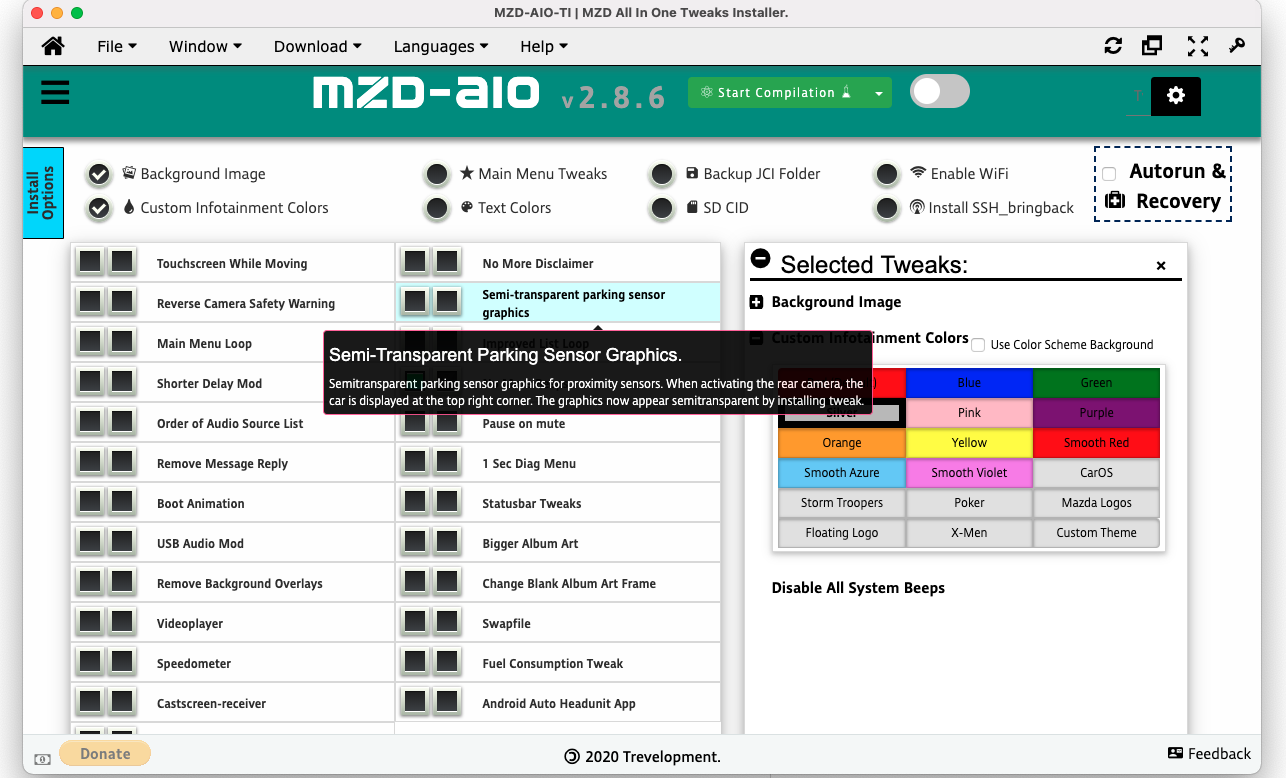