I removed the stock running boards on my Lexus GX470, now my SUV doesn’t look as much like a soccer mom vehicle!

For the drivers step, I completely removed the whole step, then re-attached the trim that makes the vehicle look finished. If you don’t re-install that trim, you will have some exposed holes on the exterior, and it doesn’t look as good, plus I’ve read that it can let water in your cabin. For the passenger running board, I knew how the step worked, so I actually cut the step off in place! Trimming the bottom part of the step off and not removing it from the car was definitely the best way to go.

There are basically 3 mounts holding each step on the vehicle, each is held on with 3x 12mm bolts. You can see these mounts in the pictures below, hanging off the frame. Remove those, and reinsert them once the steps are removed so that the hole in the frame doesn’t get gunked up.

There are also a few 10mm bolts in each the step that attach to those mounts, those were removed too.

I also had to remove the wiring harness that lights up the courtesy lights, but I kept it to wire in these rock lights later.

So here, the best strategy is to cut at the very far ends of each step, shown in the next two pictures.

The final product should look like this. I used tin snips, which worked pretty well. Once the ends are snipped, you can use a trim tool to pop out several clips that hold the middle section in, and then the whole step should come off. 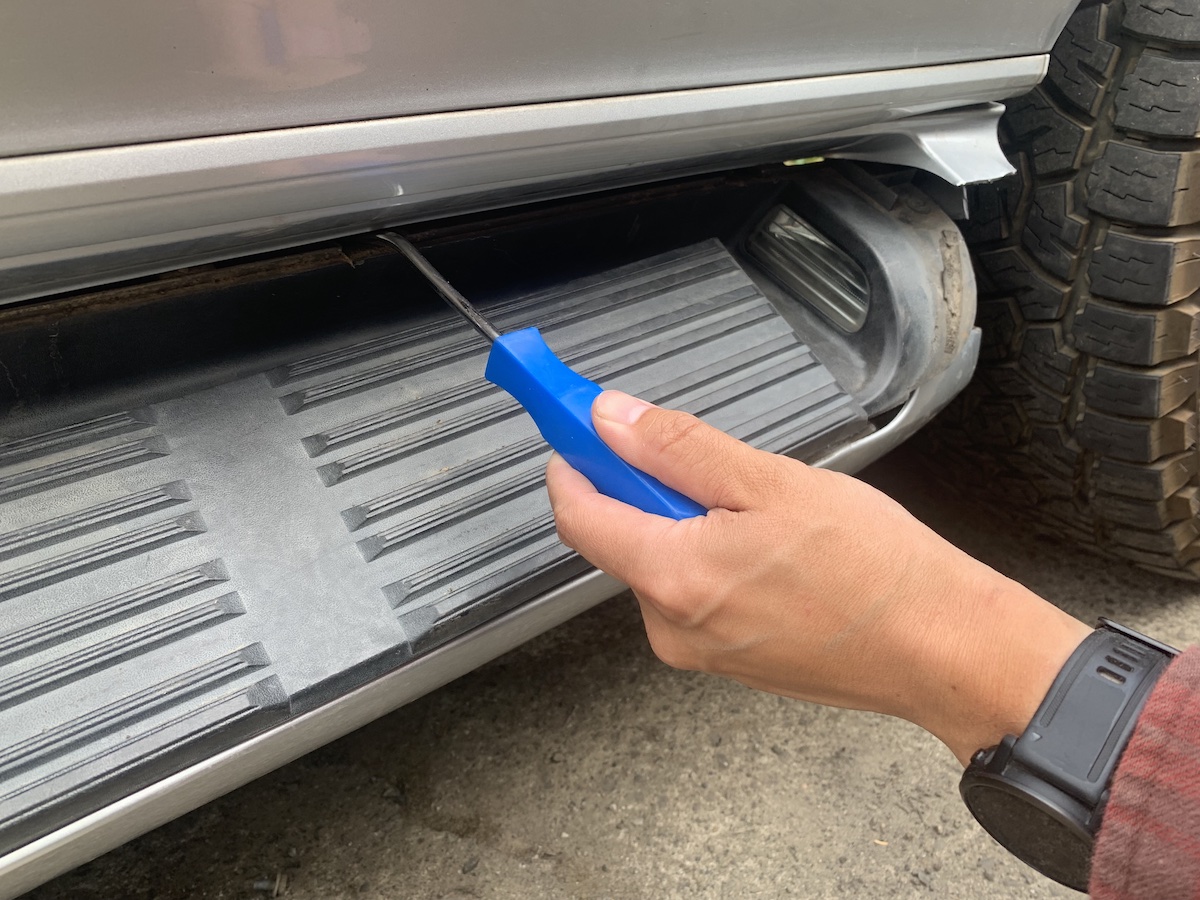 I then had to cut the front and the back up a little bit, or else it looks weird, as shown in the next two pictures.

Then do the same on the other side!

I reused the existing wiring harness and ordered some waterproof rock lights to install. These mounted directly into the plastic after drilling a few holes. I had to cut the original connector, wire in like for like and crimp then using any electrical connector, then electrical tape them like crazy. I hid the wires up behind the plastic, and cut some more holes to zip tie the wiring harness every few inches.

The new rock lights are super bright, and have the same functionality as the original courtesy lights, which is to light up when you unlock the vehicle. I love the look of no steps, and only removed them after a multi-month study. I made sure my wife, who is short, could get in and out of the vehicle without the steps. I noticed over a 2 month period that she did not ever use the steps, so they got to go!